“Gotham Nocturne: Act One – Something in the Way” – Part One, and “A Tale of Three Halves” – Part Two 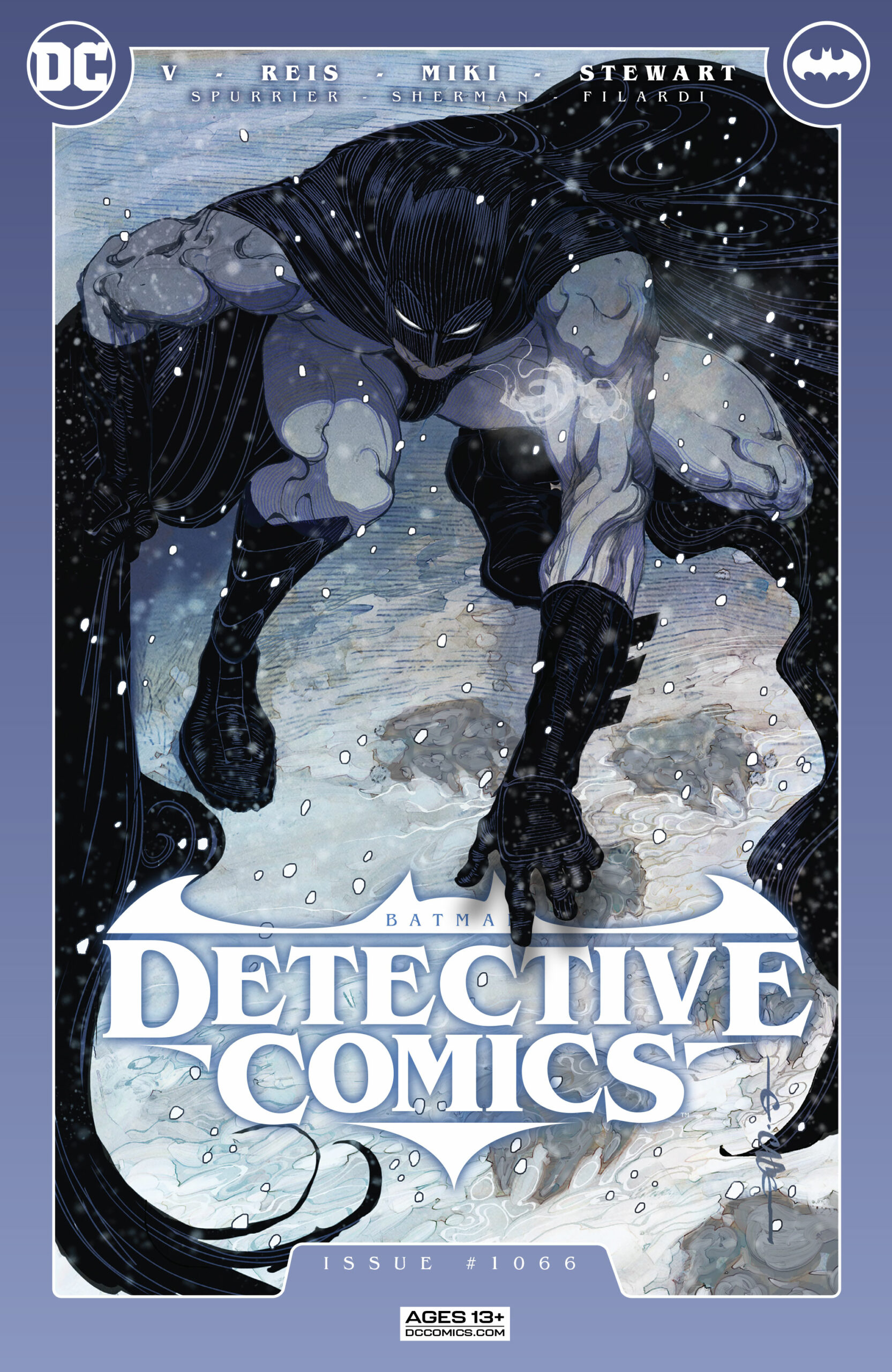 Detective Comics #1066 is the first act of the next chapter of this Gothic Opera, with new artists and new threats for Batman and his allies.

Operatic Gotham, a somewhat confusing place. Since Ram V started telling this tale of a new (very old) threat to Gotham, this story has had its ups and downs. I’m trying really hard to like it… honestly, I am. At the end of the day though, we’re seeing very little detective work and very little of Batman actually being… Batman. I know a lot of you out there will say; it’s good, it’s different, but with each new chapter, I’m finding myself wanting more. This is usually a good thing, but honestly, I want this comic book to be a bit more comic book. 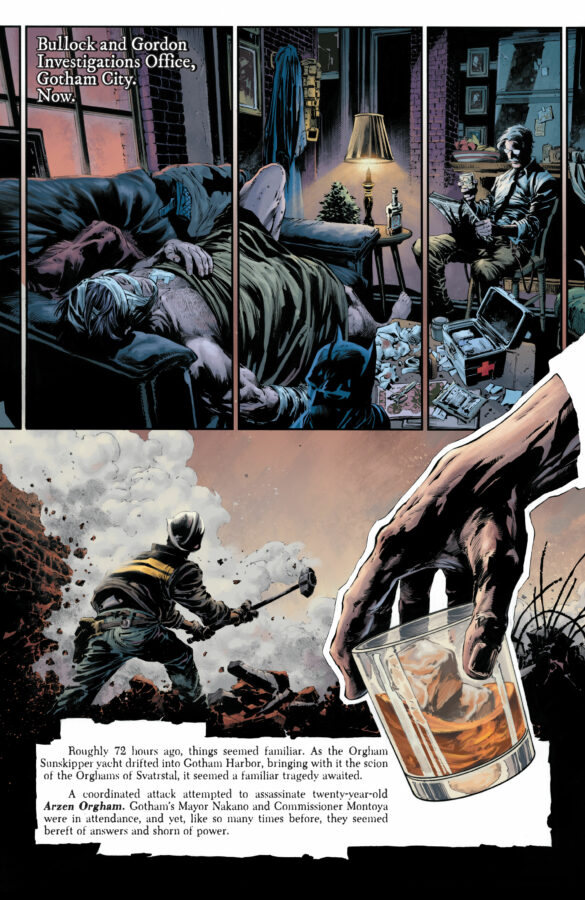 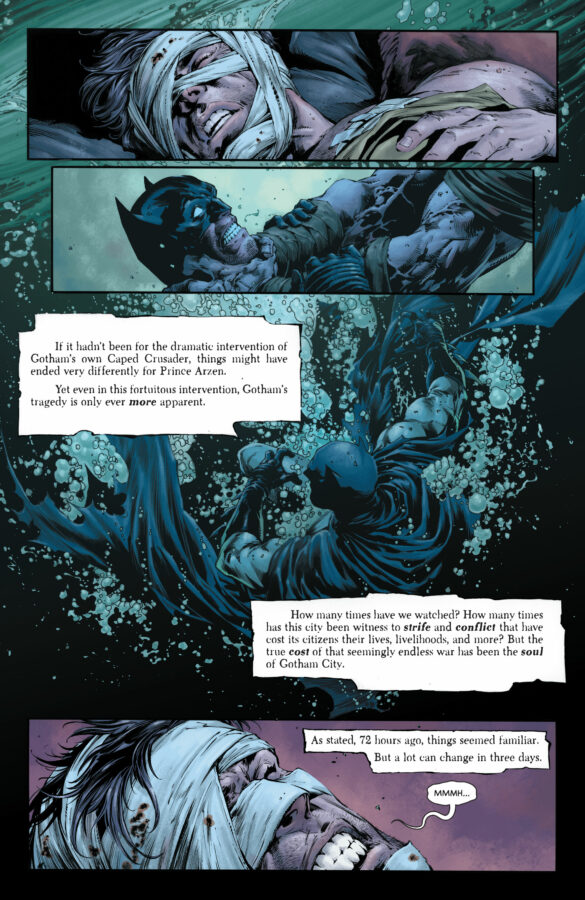 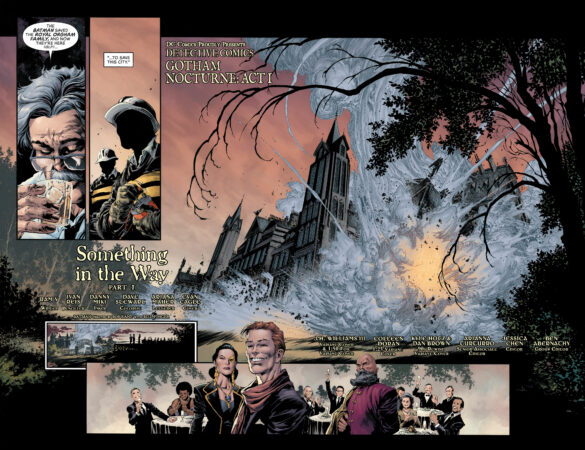 The art, however, is outstanding. I love Ivan Reis’ work and always have, so it made an otherwise frustrating issue a lot more bearable. The title of this story “Something in the way” made me smile, as it’s obviously a little nod to the Nirvana song that featured in Matt Reeves’ The Batman. Other than that, I didn’t see the connection to that title in the story.

We start this story with a little bit of a recap of recent events. Jim Gordon bandaged up Batman’s wounded face (without looking at it) and Batman’s response?:

I didn’t know you were back in Gotham.

Look… I get that some people say that Batman’s overpowered, he’s sometimes even called Bat-God in the troll comments on Facebook, but Batman… The Batman would bloody know if Jim Gordon was in Gotham! He would also know that you, my loyal reader, are reading this review right now! (James said breaking the fourth wall!) Little lines like that are what’s making me struggle with this series right now.

Our villains, the Orghams, have finally started to show their hand. A lady with scary demon eyes, a man who put an Azmer in Two-Face’s head, princes, royalty… and all for one broken down, old Asylum?

If you’ve been reading the outstanding Flashpoint Beyond series, then you’ll know from the final issue that these are in fact relations of Bruce Wayne’s mother, Martha. Again I’m in two minds about Bruce Wayne’s mother having ancient, royal, demonic, ancestors. Yes, it’s new, but does it take away from the young boy in the alley who watched his parents die by a gunman in the night?

By the way, if you’re loving Ram V’s work on Detective Comics thus far, then my reviews will not have been for you for a while. I’m trying to be fair, but it’s just not my cup of tea. I hope, for your sake and for mine, as one of the biggest, most loyal Batman fans around that this changes soon. I want to like this, I want this series to be one of the best books on the shelf! Only time will tell.

A few issues ago, we got a little bit of an origin to the Azmer (demons) that have been infiltrating Gotham. They’re still a bit of a mystery, but one thing we do know is that Harvey Dent’s got one behind the wheel and only his Two-Face persona can help snap him out of it. At least, that’s what we thought until Jim Gordon’s new feral young friend, Coda, found Harvey and started eating a scab off his face.

That’s right readers. This entire book, primary, and secondary stories are completely mental. I don’t just mean that as mad, crazy, or insane., I also mean it as delving into the mental instability of Harvey Dent. 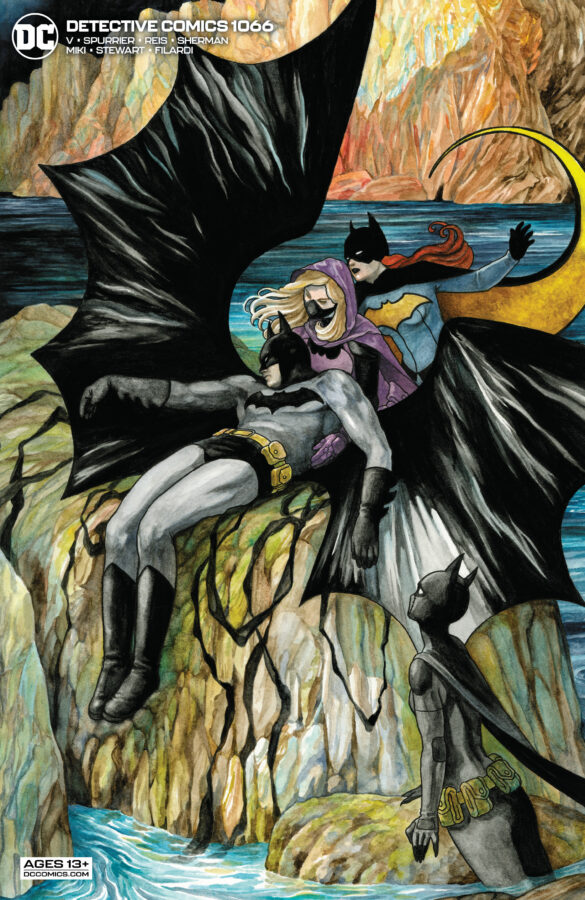 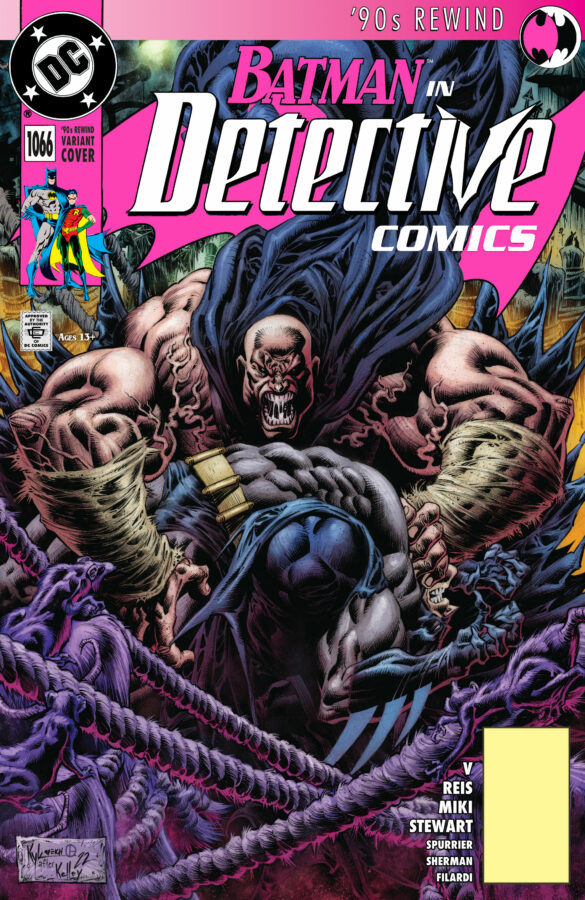 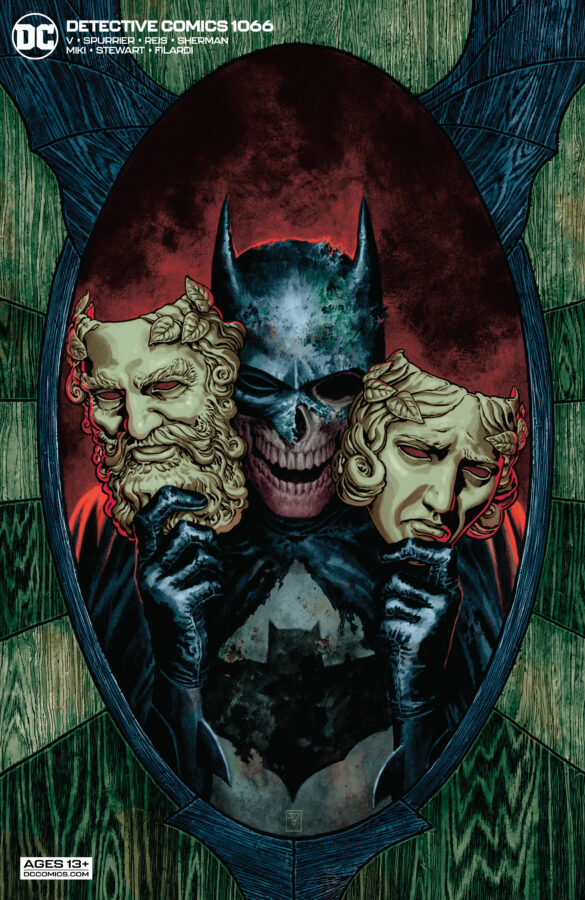 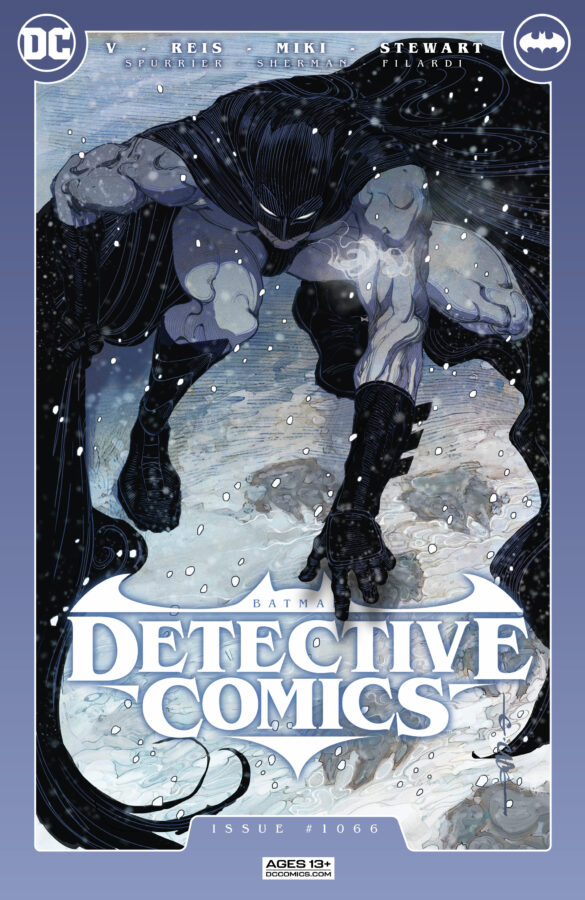 Sometimes new takes on a character are great and a little shake-up can revitalize a stale character and turn them into something amazing… see Alan Moore’s Swamp Thing for proof. It feels like they’re trying to do that with this issue; with Two-Face. However, it didn’t quite have the same payoff as the famous “Anatomy Lesson” from years ago. So, what we’ve learned is, Coda isn’t young, he’s very old. Two-Face is having trouble reconciling his two halves, or the demon who’s in there as well. Lastly, does anyone else know what’s going on?

Detective Comics #1066 finally proved that sometimes trying to be the smartest book on the shelf can be harmful to a title. Next issue, I’d love to see Batman being a bit more Batman. The art was great, though!