Sofia is the daughter of famous Gotham mob boss Carmine Falcone. In The Batman, Oswald “Oz” Cobblepot worked closely with Carmine. SPOILER ALERT, however, by the film’s end Carmine was killed by the Riddler. Presumably, Oz can easily slip into this vacuum of leadership and take control of the Falcone empire.

The appearance of Sofia Falcone throws a wrench in Oz’s plans, as she should have an equal claim to her deceased father’s criminal holdings since she’s an actual blood relative. Reportedly, the Penguin series will explore this struggle to stake a claim between Sofia and Oz.

Cristin Milioti vs. Sofia Falcone in the Comics

For The Long Halloween and Dark Victory fans, Sofia’s appearance can bring up a lot of fun twists. If she can appear in the Penguin show, will her siblings Mario and Alberto be next? Not to mention, Sofia has her own villainous identity. In Dark Victory, she assumed the role of the Hangman to kill Gotham police officers and get revenge on Harvey Dent for murdering her father. While it’s unlikely that the Penguin show will focus on a similar revenge plotline, we could possibly see Hangman. Perhaps as someone who can dismantle Oz’s criminal holdings? 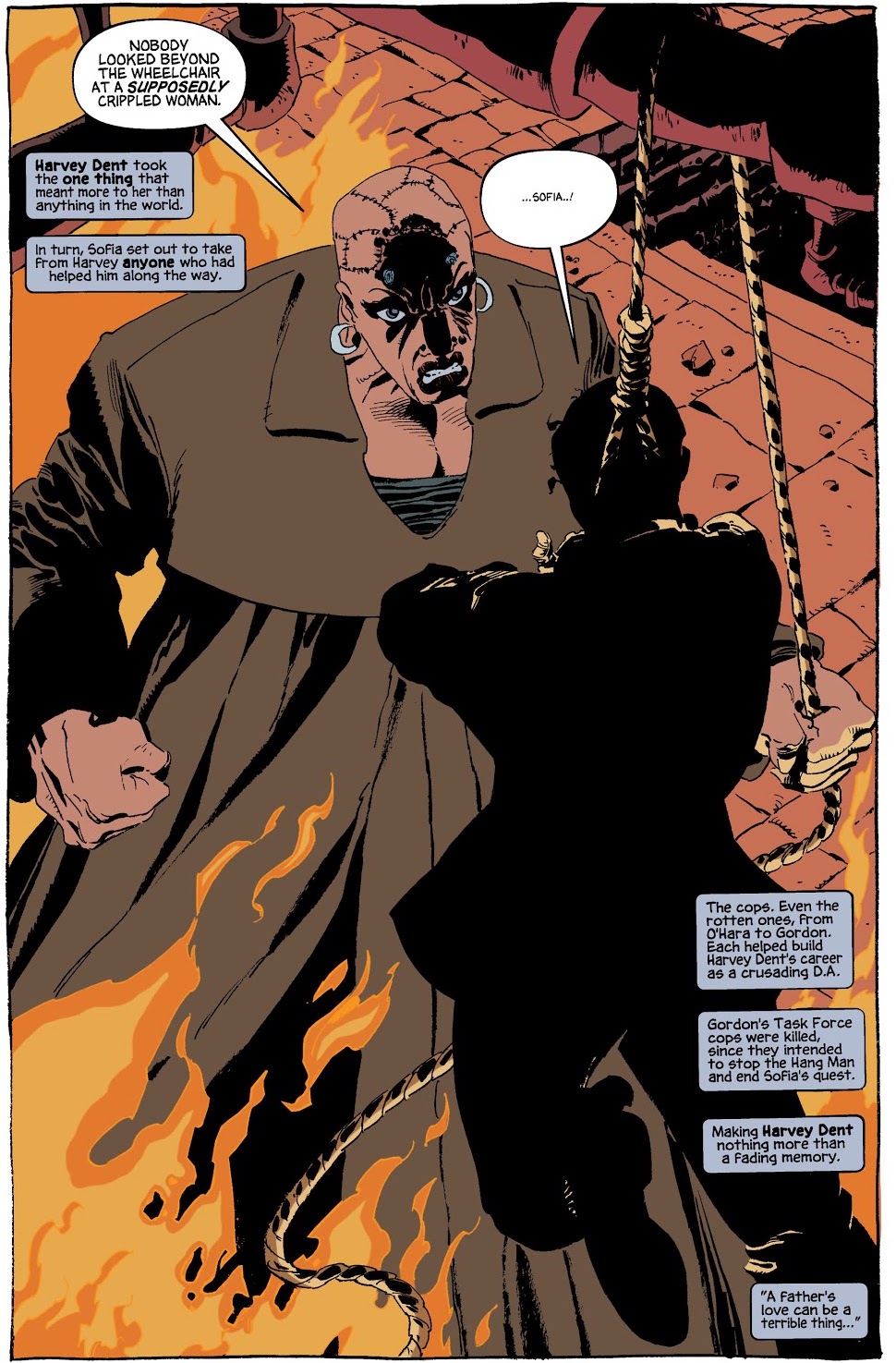 All of this begs the question, what role will Cristin Milioti play as the antagonist? Will she be solely an intellectual rival to Cobblepot? Or can she also assume a more physical role as the Hangman? One key difference between Milioti and the comics version of Sofia is their stature. In The Long Halloween and Dark Victory, Sofia was so tall and broad that she was nicknamed “Gigante”. She was easily able to incapacitate mobsters with her bare hands. It’s difficult seeing Milioti having the same intimidating physical presence since she is only 5 foot 2 inches tall.

Then again, who knows? There may be more twists for the character than we realize.

The as-yet-untitled Penguin spin-off will hit HBO Max at an undetermined date.