McFarlane Toys have shown off a new deluxe Batman figure the celebrate the 30th anniversary of Batman: The Animated Series.

The Batman figure features a rooftop base and a fluttering cape to simulate the iconic shot at the end of the BTAS theme tune, what’s more, the base of the piece also has fake lightning with light-up LED displays. That way collectors can re-create that one shot of where Batman is lit up when the lightning strikes behind him. Pretty cool, huh?

Equally remarkable is the preview video McFarlane Toys posted to tease the toys.

This release looks like a repurposed version of the previous Animated Series Deluxe Batman figure. It also features the same accessories: a Batarang, grappling hook, and extra hands that are molded for holding the two weapons. Of course, the biggest difference is the big swooshy cape that Batman sports. This one’s made from molded plastic, so it’s stuck like that. 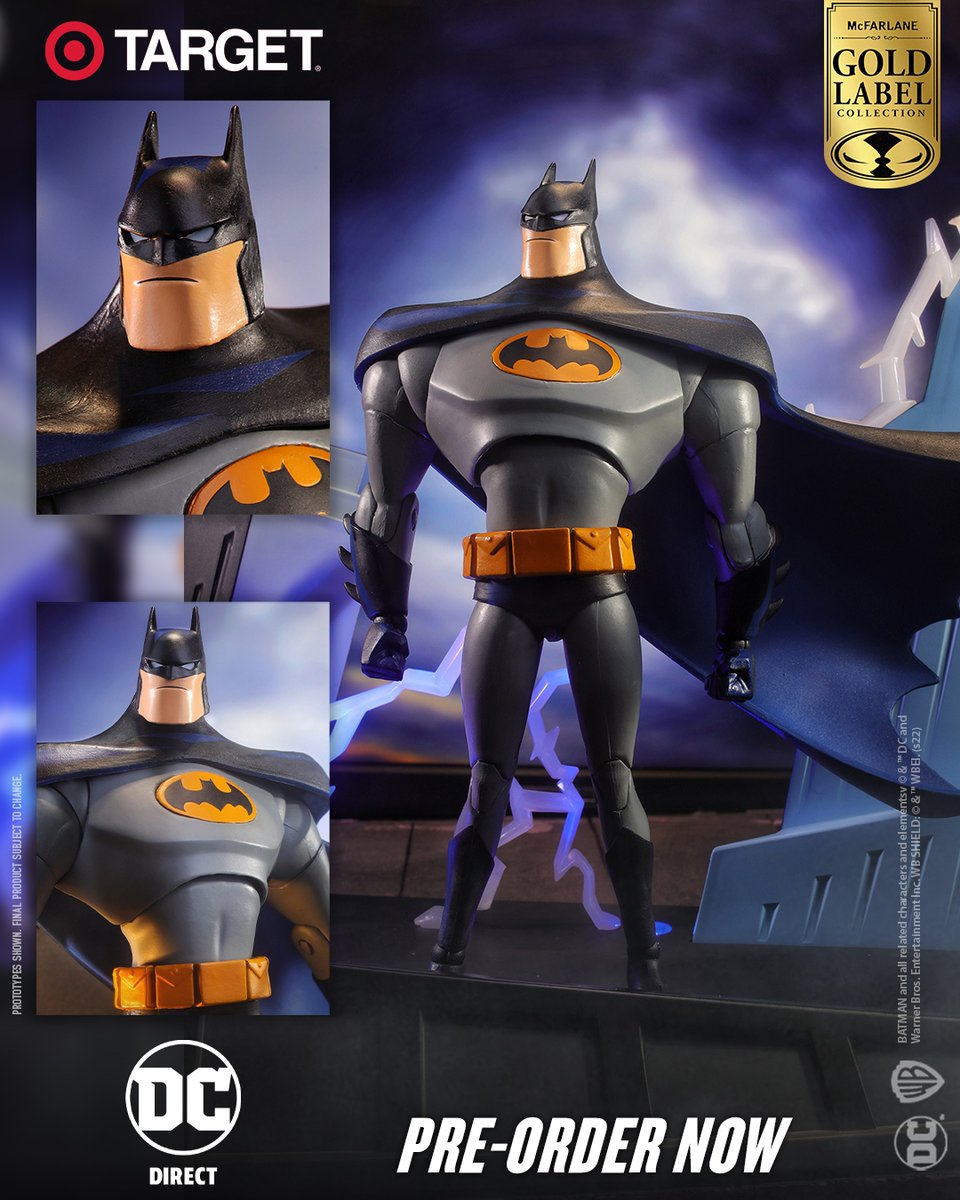 In case you were wondering, there are actually two versions. The Deluxe set has everything listed above and is retailed at $49.99. However, there’s also a special-edition Designer set, that also boasts of a trading card with BTAS co-creator Bruce Timm’s signature. The Designer set retails at $79.99. Unfortunately, at the time of the article writing, the pre-orders for the Designer edition have already sold out.

However, you can pre-order the Deluxe edition at Target here. There’s no formal release date yet for the set.