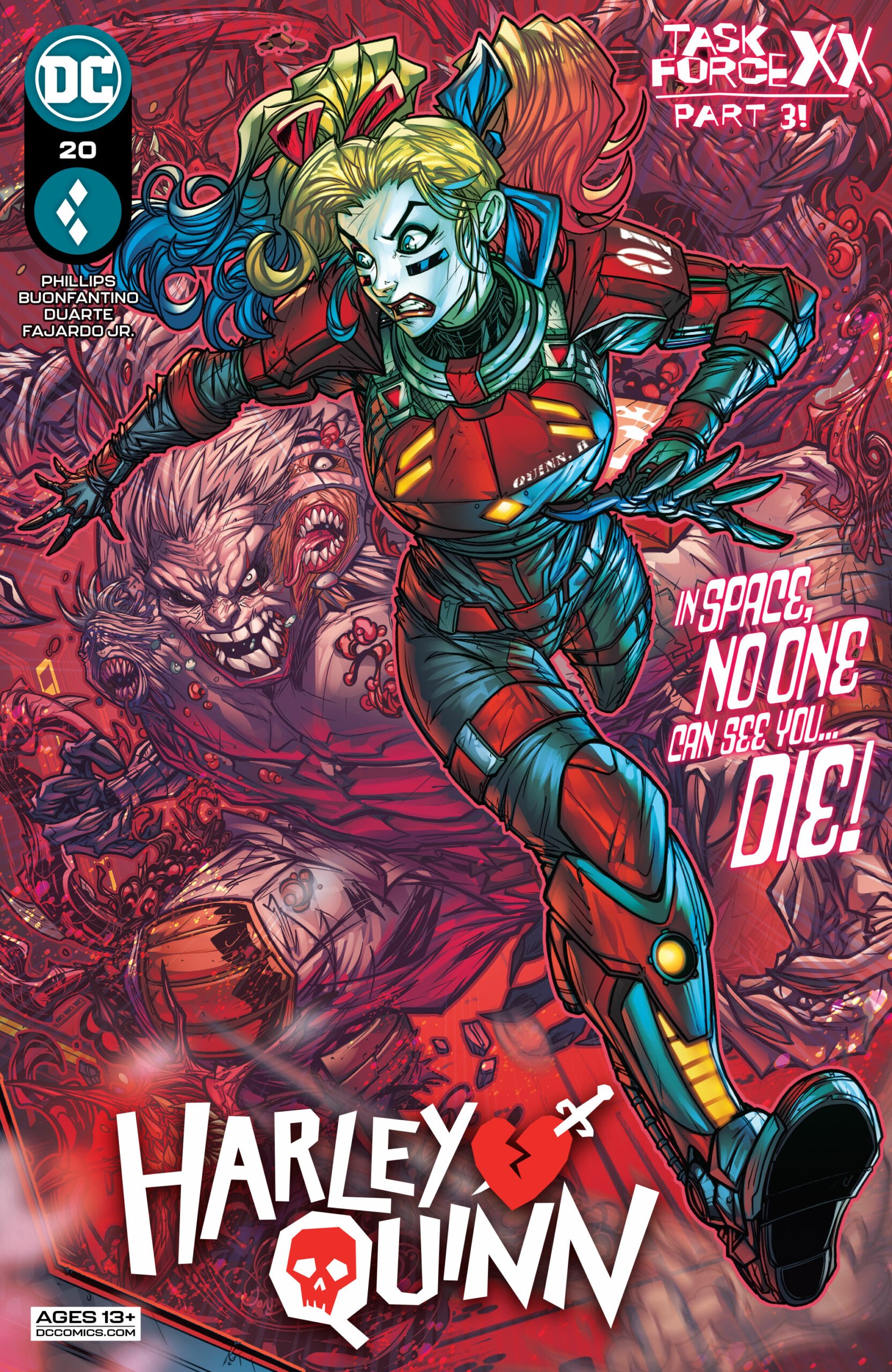 Harley Quinn #20 takes us back to the moon and beyond, but sadly provides no cheese for the journey. Our ragtag group are still on the moon while, on Earth, Luke Fox is facing a whole other world of trouble.

Before we go in for a deeper look, let’s place our focus on the luscious covers on offer. We get four beautifully put-together options and each one’s a gem. Offerings from Derrick Chew, Ryan Sook, Jonboy Meyers,  and the 1:25 variant from Jay Anacleto with Rex Lokus will certainly make it difficult to decide just which one to collect. 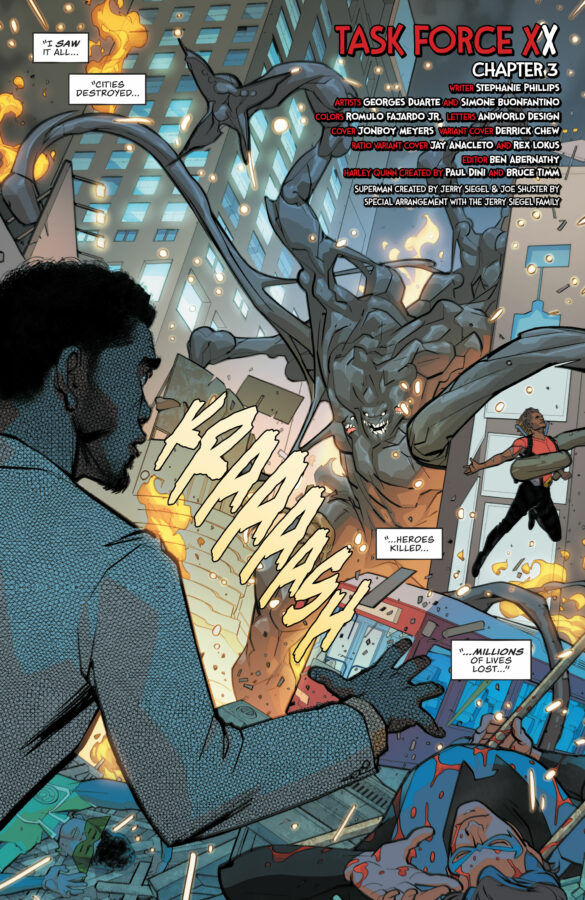 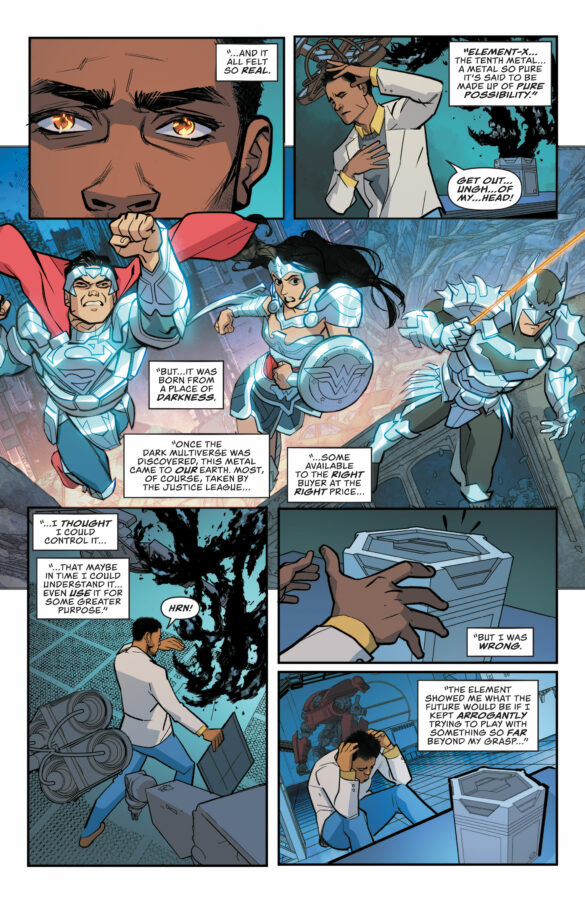 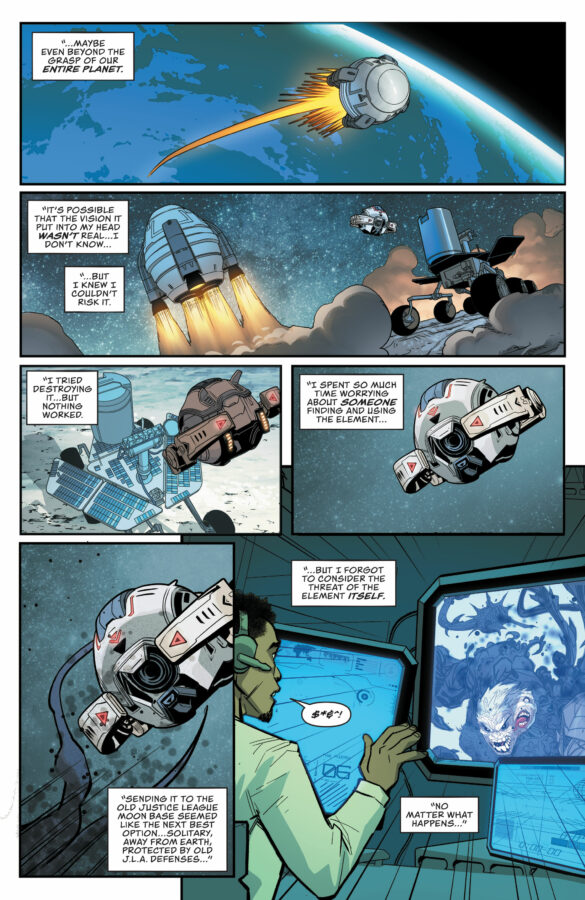 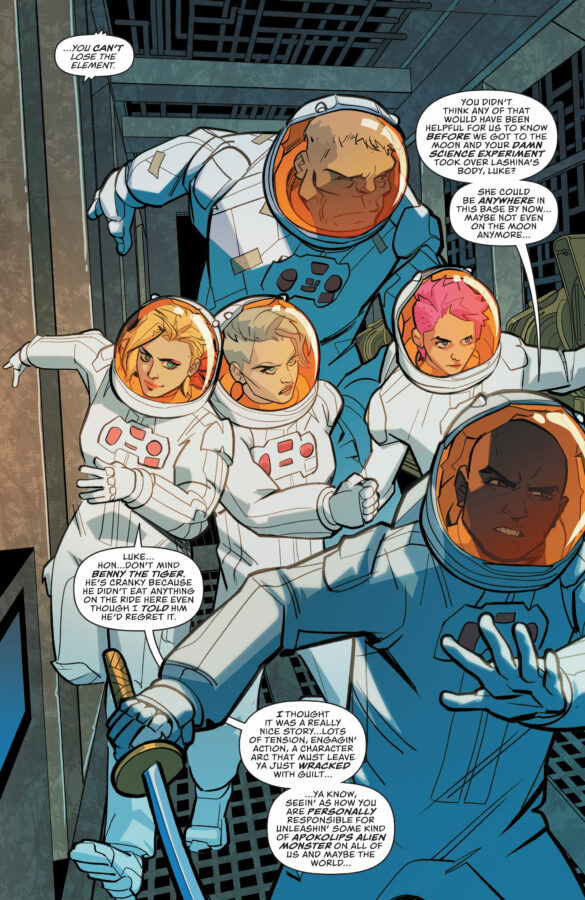 I Saw It All

Luke Fox sets the stage at the beginning of the issue by divulging just what Element X is. A metal, so it is said, that’s made up of pure possibility, even though it originating from a dark place like the Dark Multiverse. Following in the footsteps of inquiring and genius minds before him, Luke wants to know more and sets the stage for a Frankenstein-esque tale.

On the moon, things are descending quickly into chaos. Already having Lashina compromised by the Element, dissension among the remaining team members leads to an action that sets normally carefree Harley into action. However, the element has its eye on the team and it isn’t going down as easily as the team wishes…

The gang are facing some heavy odds in Harley Quinn #20, and it’s a journey that tests each of them, to be sure. Past issues have to be faced and lines drawn. Speaking of lines being drawn, the art style in this issue is certainly in the forefront of my mind as we welcome a new artist to the creative team, in the form of Simone Bounfantino. 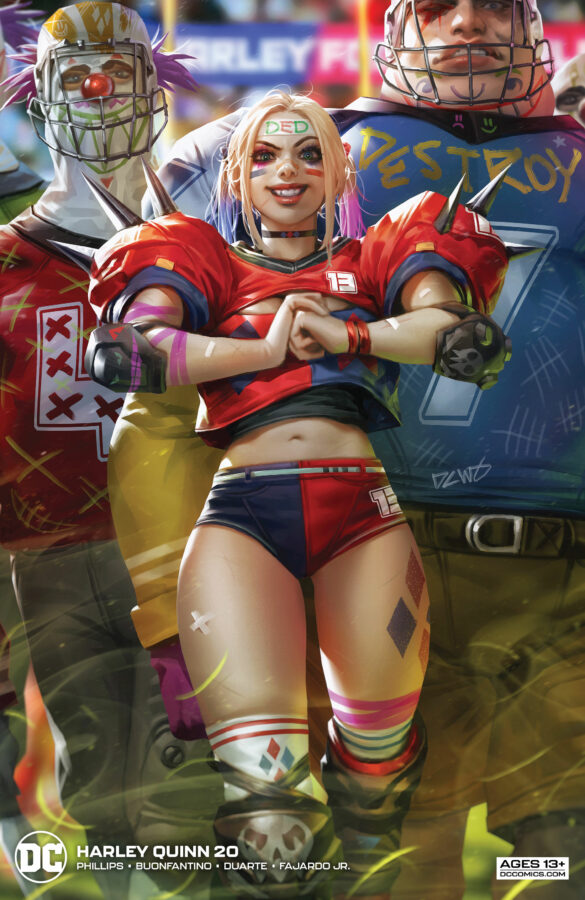 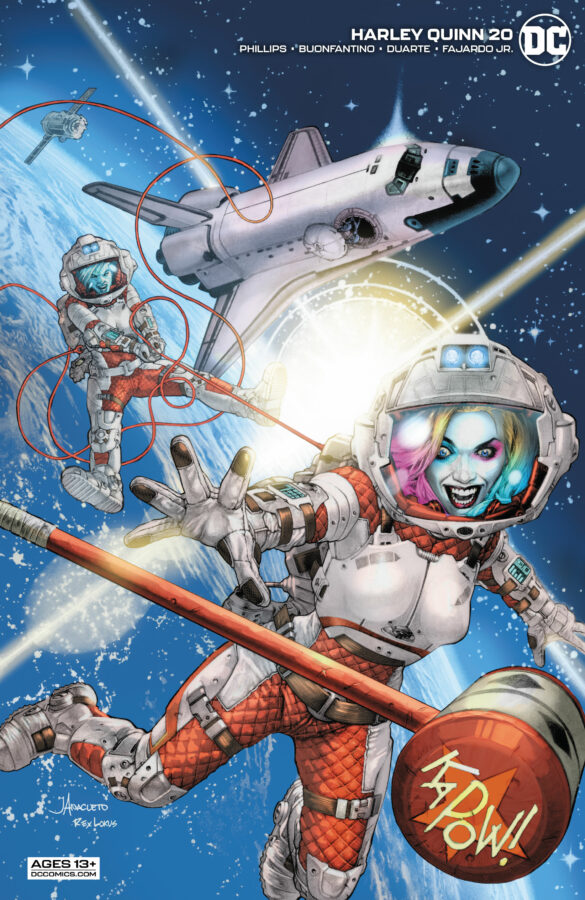 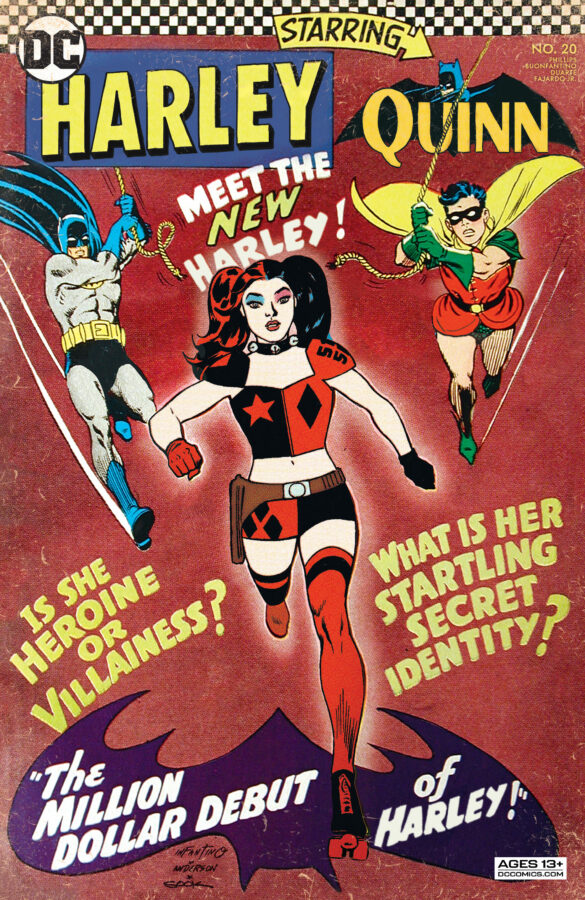 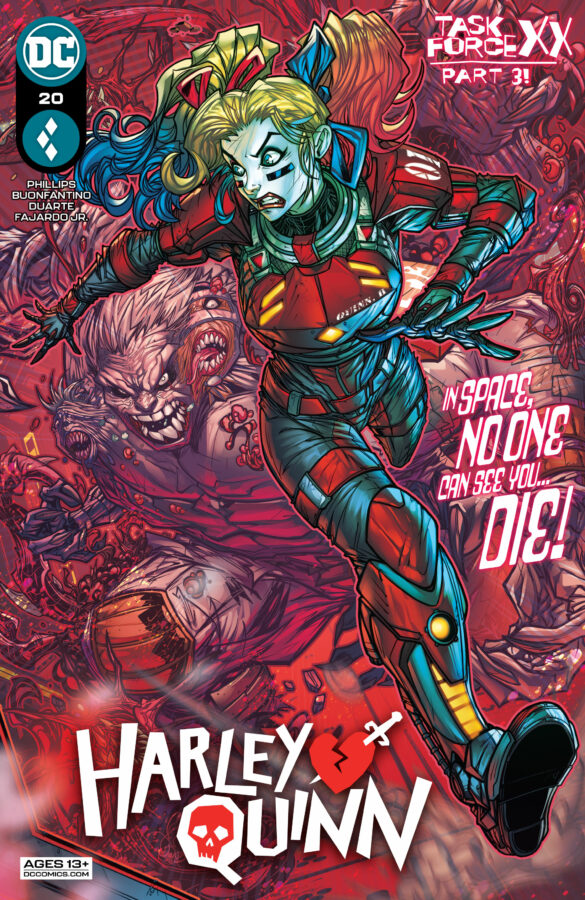 Stephanie Phillips is guiding the team of Task Force XX into new spaces, no pun intended, as they fight this battle. Not only the one with Element X but with each other and it is nice to see these characters discover new depths to themselves. A personal favorite for me this issue is that of Killer Frost.

The story of Task Force XX is moving faster now with new information and secrets escaping into the light. What will become of Luke Fox as a scientist facing an experiment outside his realm of knowledge? Will The team find a way to save Earth? Will Harley ever taste Moon cheese? Guess we will all find out in Harley Quinn #21!