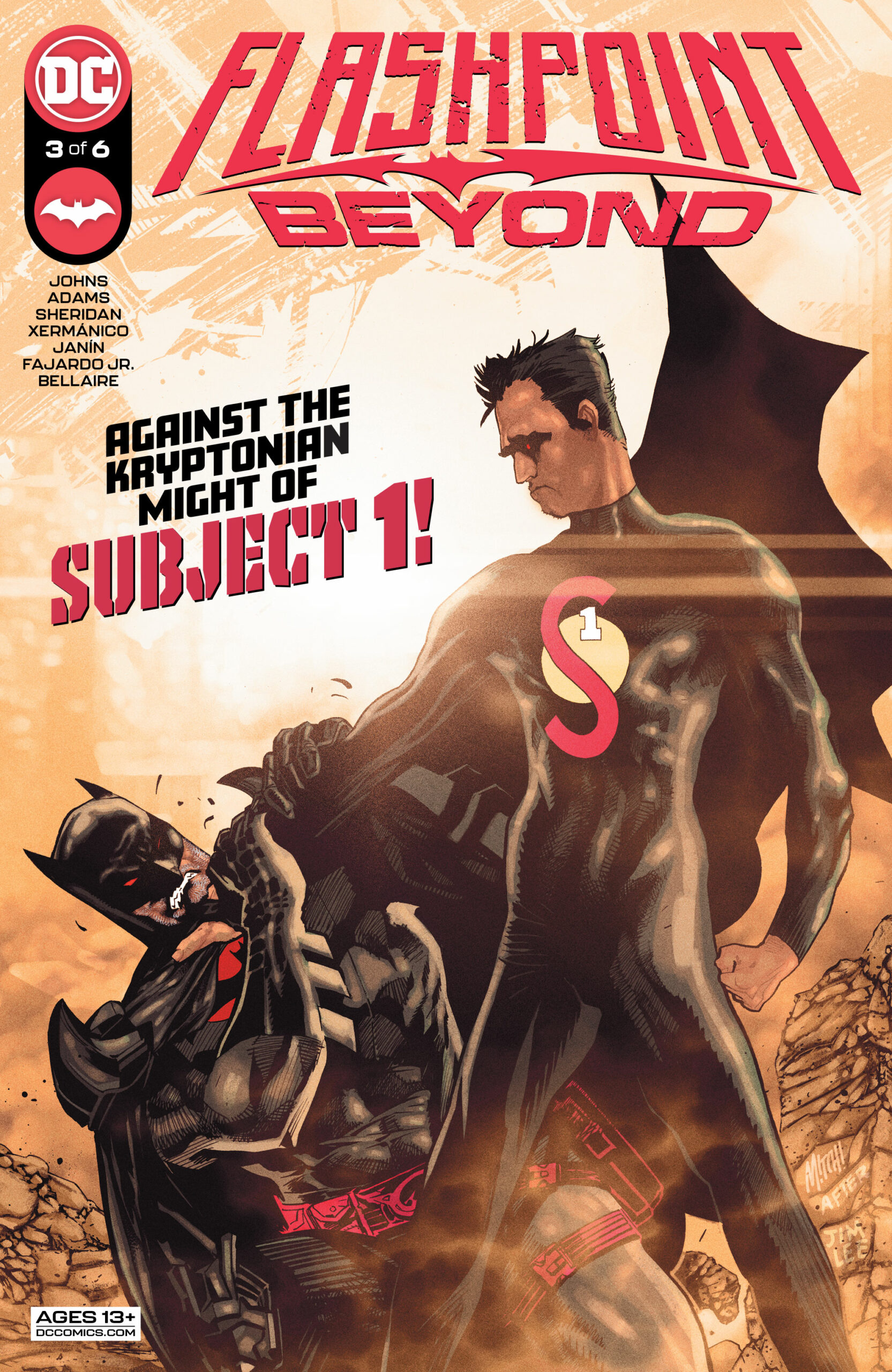 The Flashpoint Earth is in danger, as Superman abducts Batman, hoping to fend off another imminent threat, in this week’s Flashpoint Beyond #3.

Flashpoint Batman is struggling with an existential crisis. Having spent time in the normal main DCU, and then suddenly returning to his home timeline, Thomas Wayne has come to the conclusion that since his home dimension is derivative, nothing matters. So what does a Batman do when he’s suffering from existential angst? He kicks the crap out of street thugs obviously. Some things are constant across the Divine Continuum. 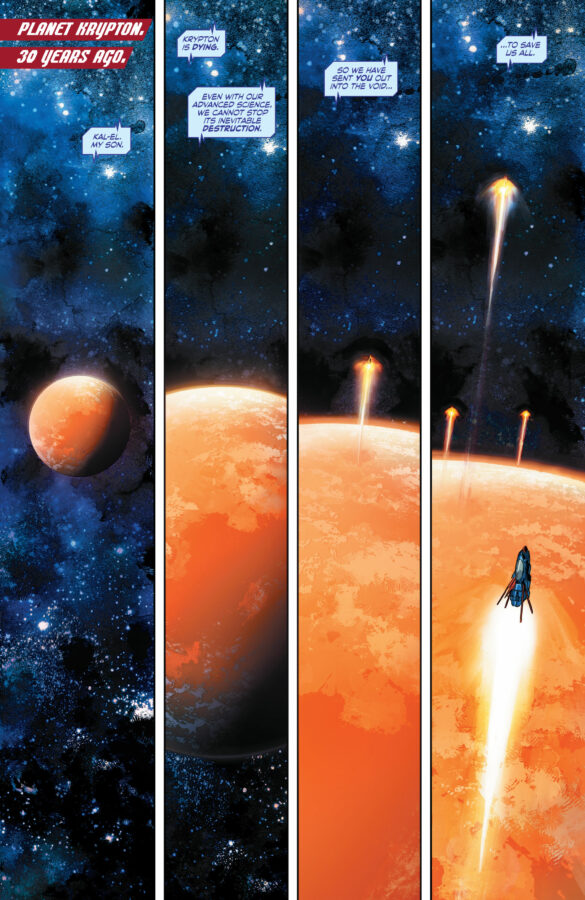 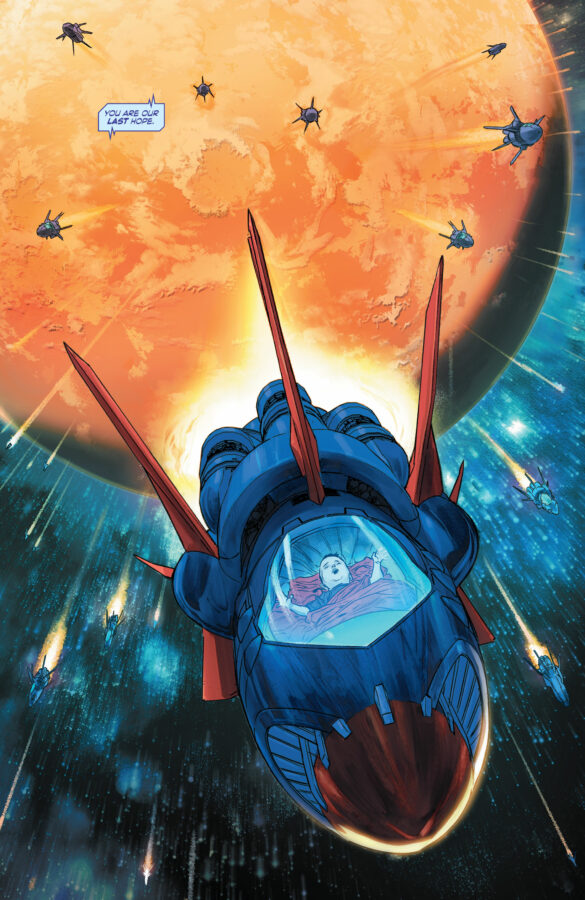 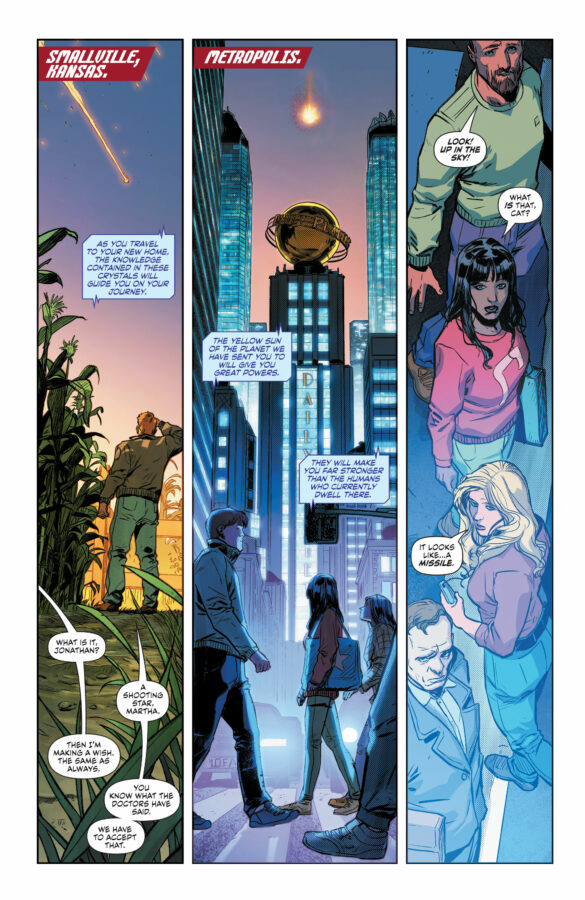 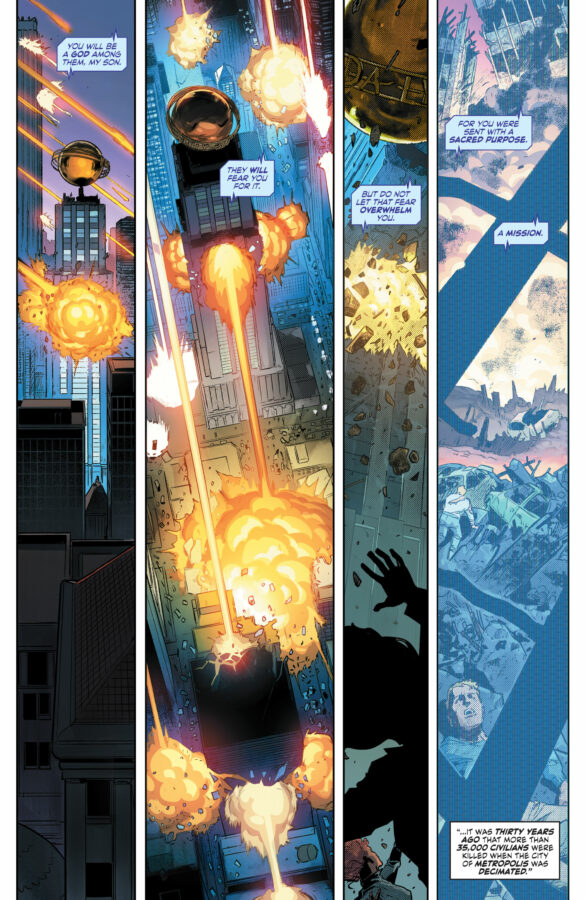 Anyway, while pummeling criminals, Batman receives a visit from none other than his reality’s Superman. This Man of Steel, like every other, serves as a counterpoint to the Dark Knight. Upon his arrival, he responds to Batman’s nihilistic pronouncement stating that “Everything matters” (again, some things are just constant). After Batman slugs this, rather unusual, version of the Man of Steel, Superman b!+(#-slaps the Dark Knight and takes him to his base of operations. Here,  he reveals that Flashpoint Earth is once again on the verge of destruction. This time, however, the threat is not terrestrial.

What matters? This has been the question that has plagued DC continuity since the introduction of Barry Allen as the Silver Age Flash in Showcase #4, back in 1956. When DC reinvented the Flash and Green Lantern in the 50s, they left many fans wondering if the Golden Age versions of these characters “mattered”. DC’s answer? “Multiverse!” When they ditched the Multiverse in the 80s, it became “Alternate Timeline!” At the time, each of these was a somewhat elegant solution to continuity issues.

In Flashpoint Beyond #3, this question is personalized for this version of Batman. Questions of continuity leave Thomas Wayne with a sense of meaninglessness. His timeline doesn’t matter. It’s not “real”, and he’s operating under the assumption that once he “fixes” it, everything will revert back to the way things are supposed to be.

What’s particularly brilliant about this script is that Batman’s nihilism becomes a meta-commentary on the meaning of life. When Superman arrives and states “everything matters”, he’s echoing DC’s current take on continuity: “It all matters”. All stories have their place in the Divine Continuum. Essentially, Flashpoint Beyond #3 clarifies the trajectory of Batman’s arc since his arrival in the main DCU timeline. Flashpoint Batman has been aimless, trying to find his place in a world where he doesn’t belong, as he’s oscillated between villain and hero. In many ways, the character reflects our own struggle to find meaning in postmodernity. All of us have a story; the question is, do our stories matter in the grand scheme of things?

Xermanico and Mikel Janín are two of DC’s most consistent artists. I cannot recall a single issue that I deemed poorly drawn by either of these individuals. Therefore, it should go without saying that Flashpoint Beyond #3 is visually stunning. The artists’ styles complement each other to the point where I can’t distinguish who drew what, which usually is a sign of real talent.

One of my favorite panels shows up towards the end of the issue that depicts broken Hypertime. Our human brains perceive time as a linear construct when in reality it’s a continuum interwoven with space (thank you, Albert Einstein). Like all good science fiction, DC enjoys playing with this concept of time as dimensional, so when depicted on a page, time looks like a fractured glass of sorts with each shard embodying a different timeline. It’s pretty cool.

Also, Romulo Fajardo Jr. and Jordie Bellaire do a great job coloring this page. They use the traditional “Crisis red” from the classic Crisis on Infinite Earths to reinforce the gravity of the situation. I’m hoping to see more depictions of Hypertime as this series progresses. 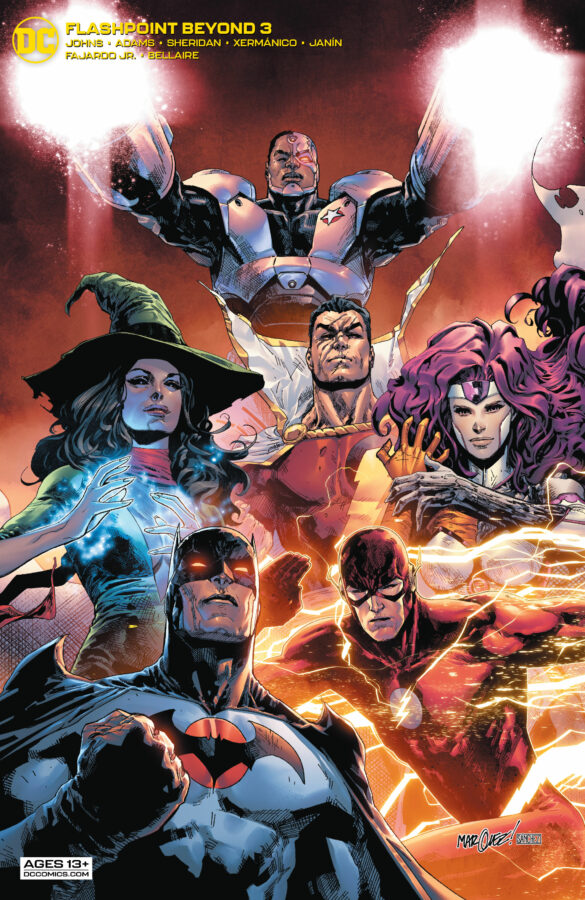 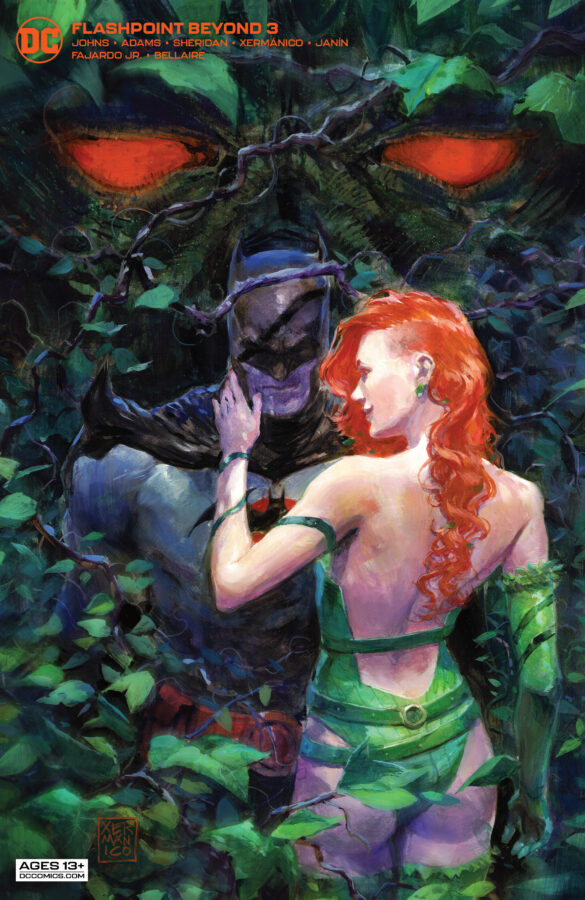 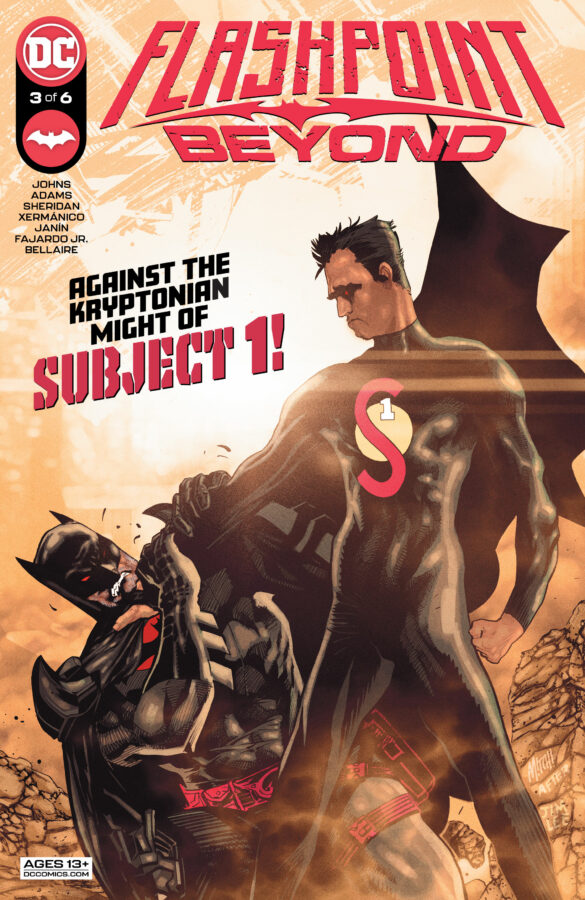 Flashpoint Beyond #3 is a bit of a strange issue. On one level, it seems that Johns, Adams, and Sheridan have introduced a random subplot involving Superman. However, when understood in the grand scheme of Flashpoint Batman’s arc, this issue is pivotal.

Also, in the original Flashpoint Earth faced an existential threat, as Aquaman and Wonder Woman waged war, so it makes sense that the sequel would follow suit. Johns, Adams, and Sheridan manage to incorporate this subplot without it feeling redundant. Also, Xermanico and Janín draw very, very pretty pictures.

Final Verdict: Grab a copy of this and reflect on the nature of your existence.