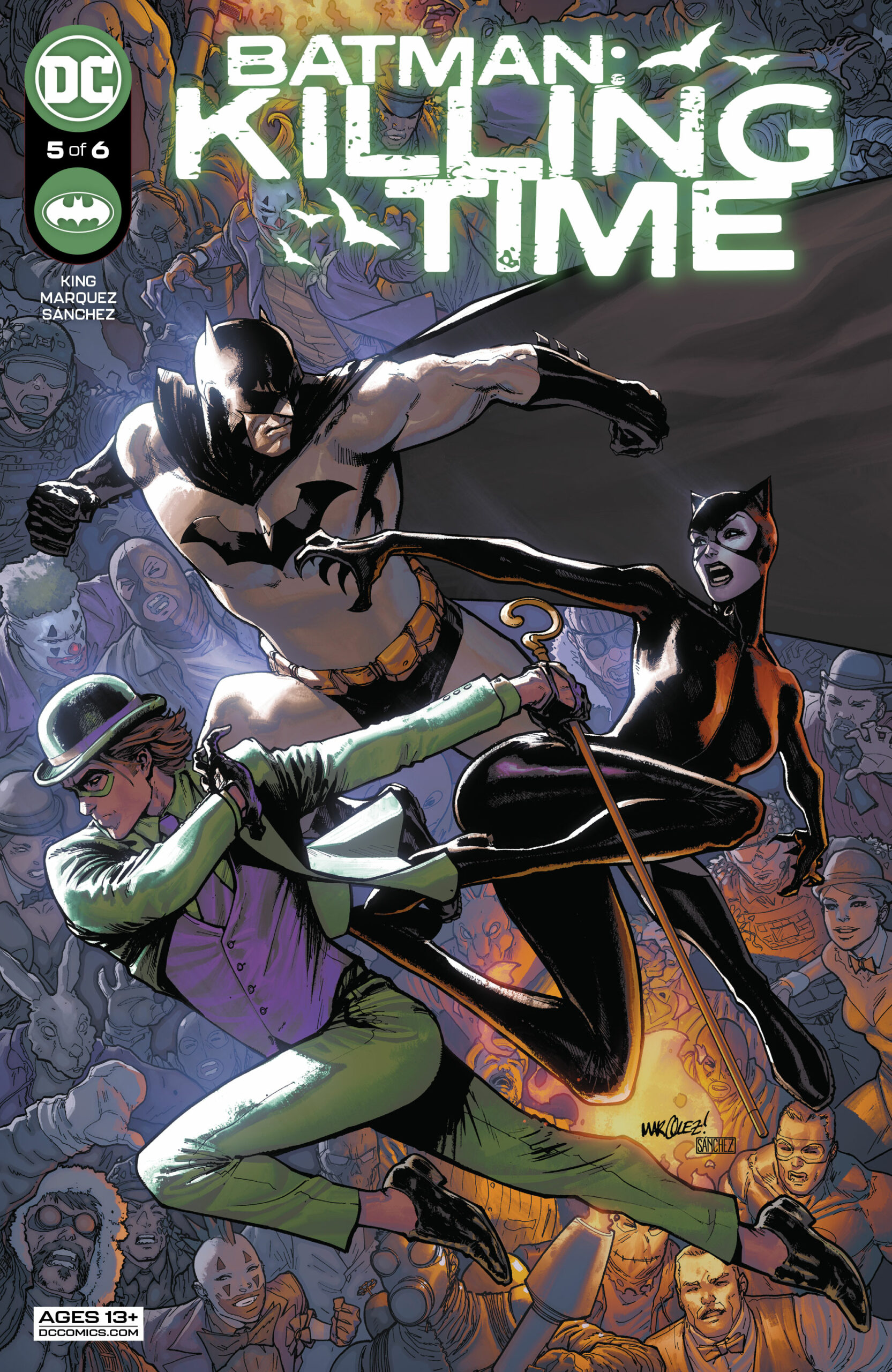 Batman: Killing Time #5 picks up narrative steam, as some mysteries are answered, but also provides a genuinely surprising ending.

Now that readers are closing on the final chapter of Killing Time, more answers are resolved, allowing readers to enjoy the ride. Once again, writer Tom King makes excellent use of the non-linear narrative trick. This time he used it to effectively build up a sense of dread about the issue. 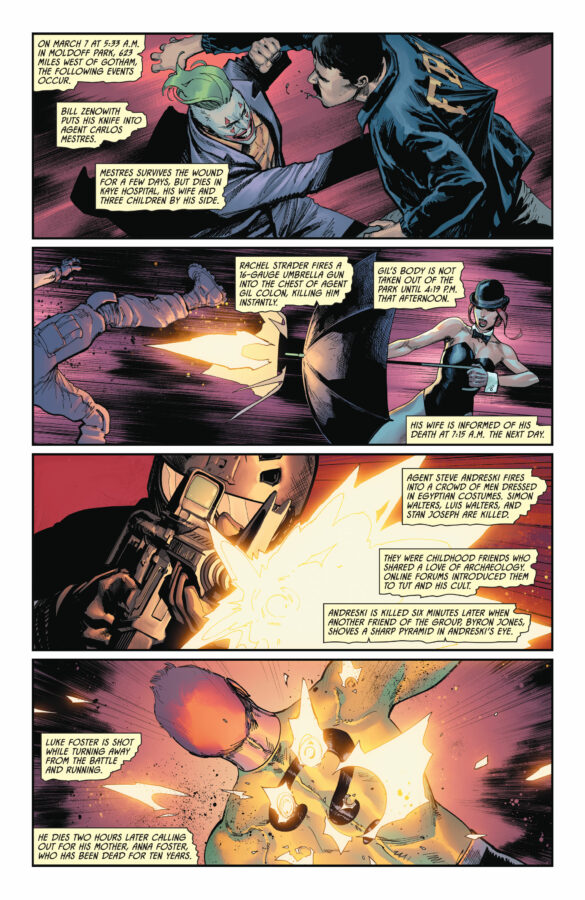 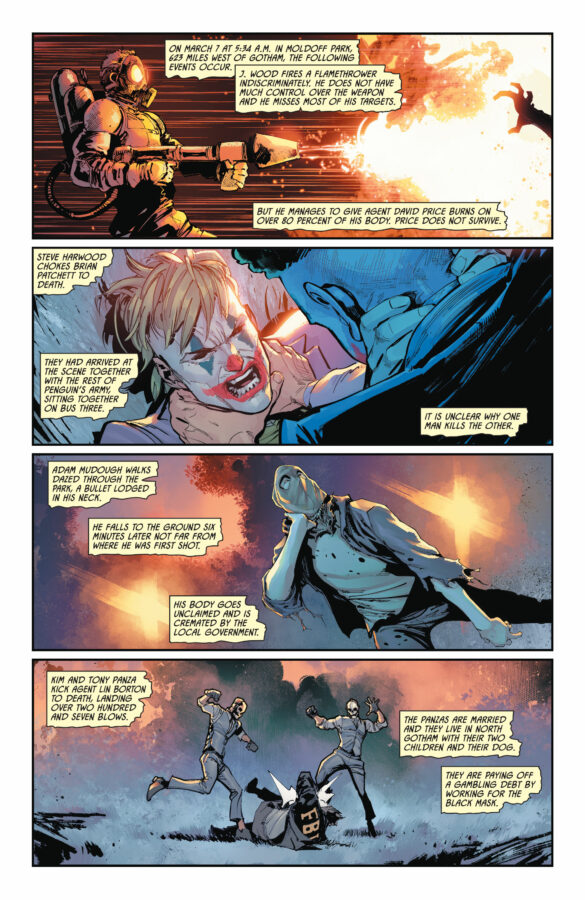 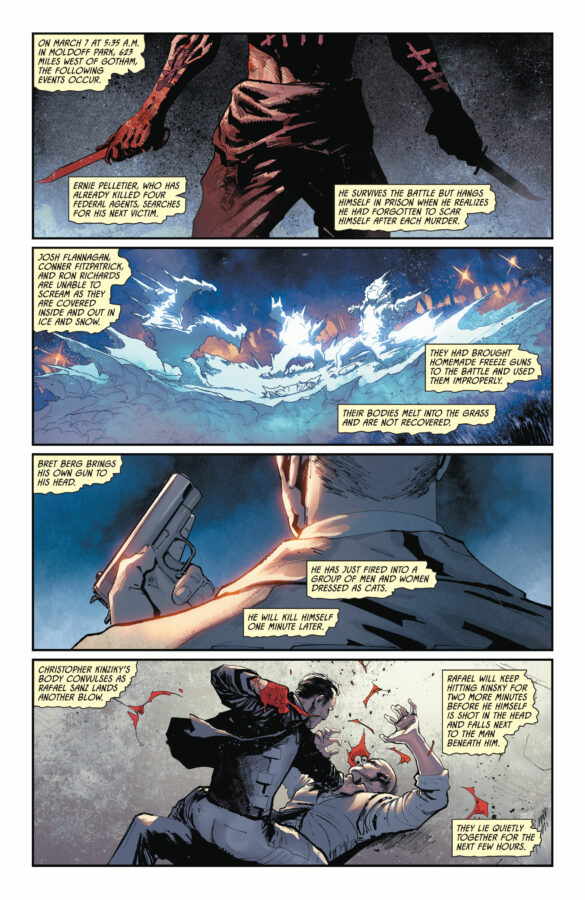 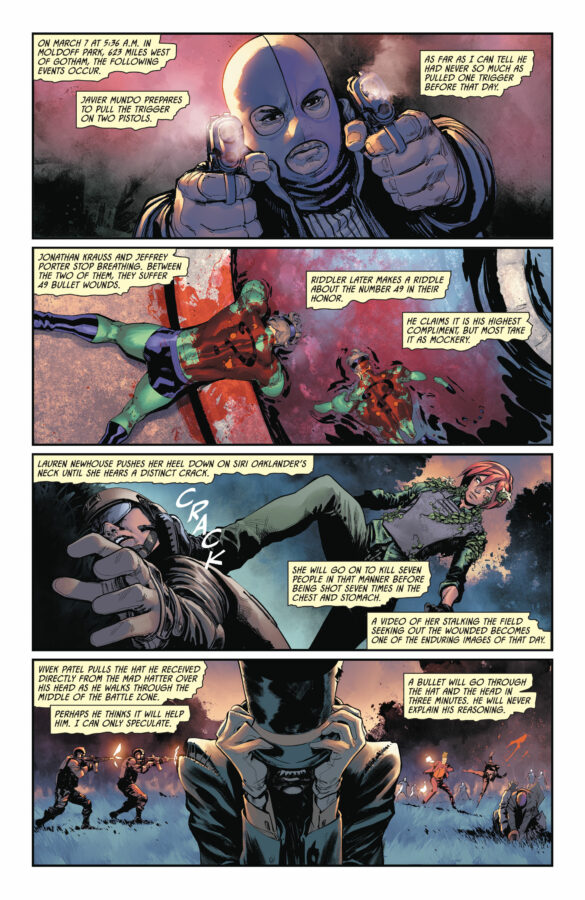 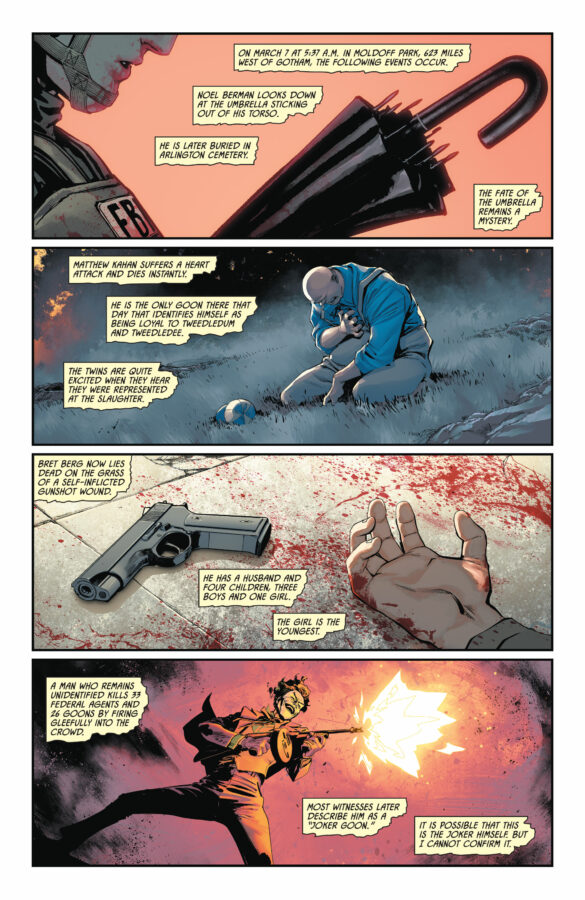 The opening scene depicts a brutal massacre between Bat-villains henchmen and the FBI. With the scene lingering in the back of readers’ minds, the rest of the issue unfolds the events leading up to the bloody battle. It’s certainly an effective way to engage readers and hook them into the story.

However, King also takes the time to answer questions and give more backstory to certain characters. While he doesn’t fully paint an entire picture, it’s enough to tease readers. King also does an amazing job of building up to the final page reveal. Admittedly it does come slightly out of left-field, but the narration and lead-up are just so good, that all is forgiven.

Perhaps the biggest let-down of the issue is that Batman feels like a bit of a side-player in his own comic. He’s been following Catwoman and Riddler for 5 issues now and has yet to be an assertive figure who’s actively pushing the plot forward. Hopefully, that will change in the final issue. 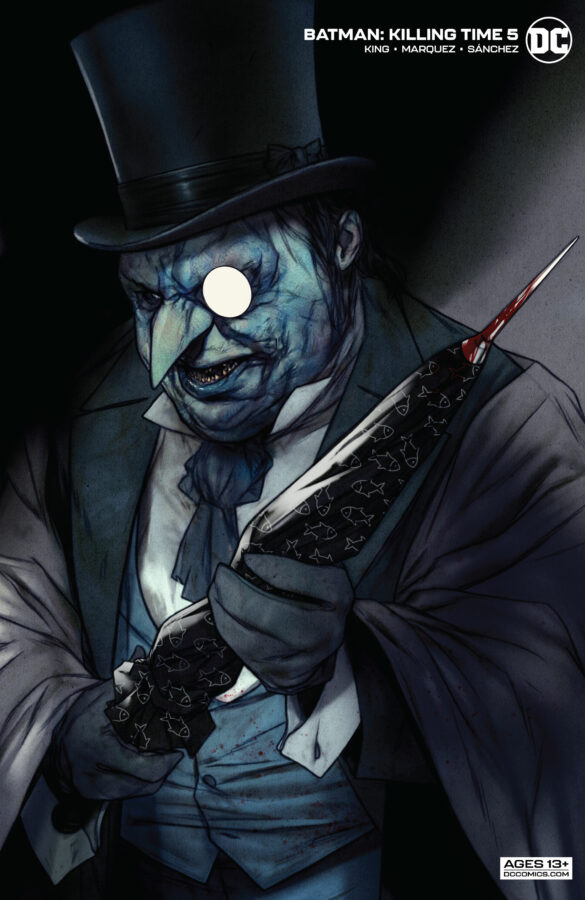 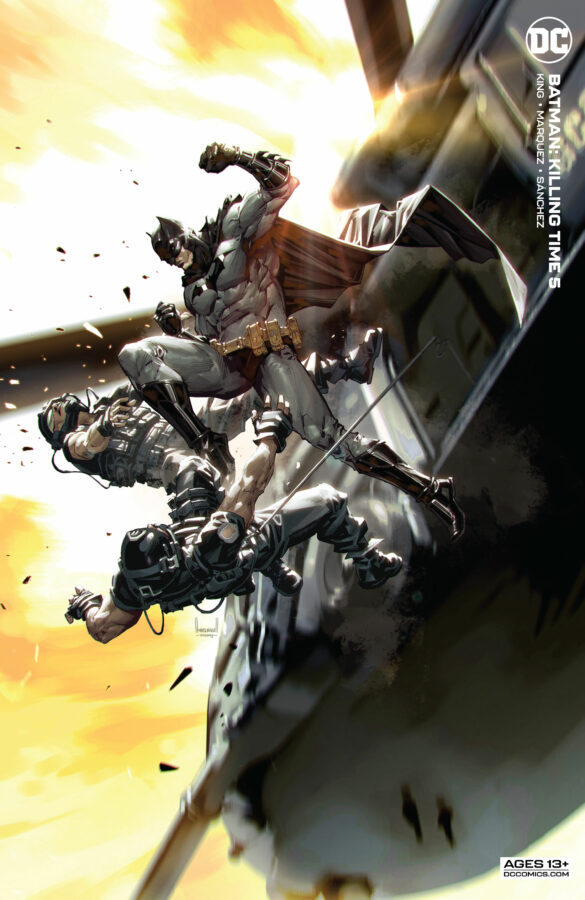 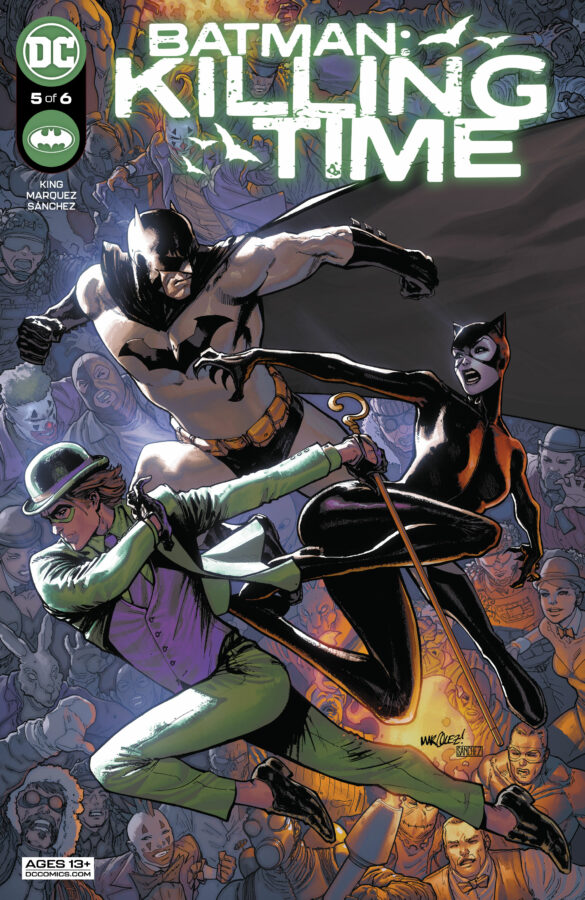 Artist David Marquez continues to bring robust action sequences. It’s fun to see him doing this with only a subtle use of typical visual storytelling shortcuts, like speed lines. He’s also able to illustrate large crowd scenes with great aplomb. It never feels rushed or lazy either, as he details every single piece of a crowd without skimping on the details.

Batman: Killing Time #5 demonstrates what a rousing, fun adventure-mystery comic should be like when the creative of Tom King and David Marquez is firing on all cylinders. For the first time in the entire series, these creators are on top form, delivering high-quality entertainment.