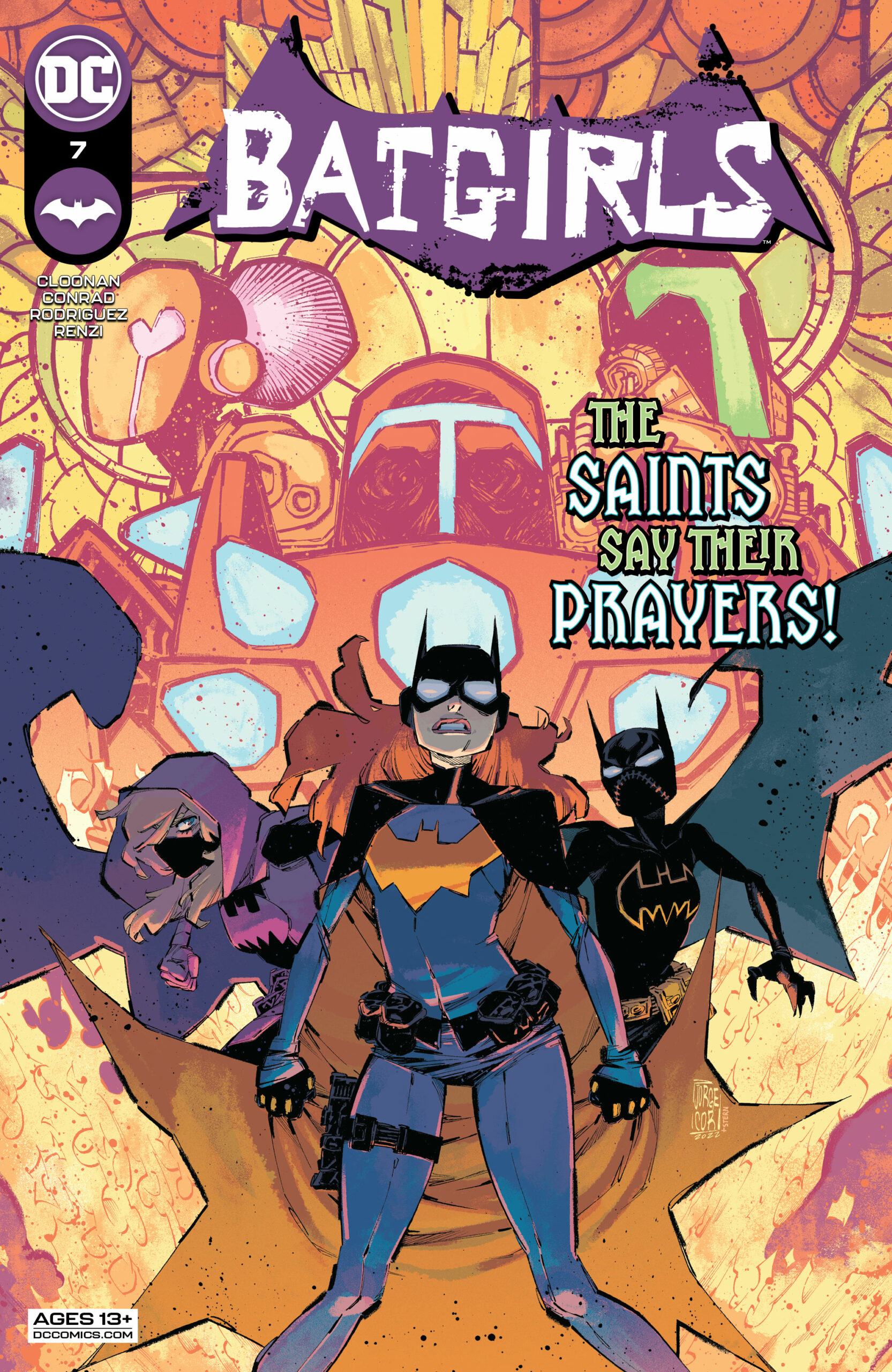 Well, we’ve taken a sharp turn into Batgirls #7 and I totally love that this is a longer run now. Our girls have been through a lot lately, though I don’t things are going to get better anytime soon!

Becky Cloonan and Michael W. Conrad have gone for a deep dive in this one, which is great because I love a good bit of backstory. It adds so much to people, even for characters that we know and love. Seeing a different writer have a slightly altered view on what happened or, adding a bit more to the storyline is so cool. These are two great writers who clearly have a fantastic working relationship. I can never tell who’s written what; which voice is Becky’s and which is Michael’s. Both of them can write all three Batgirls, something that’s clearly evident in this series. 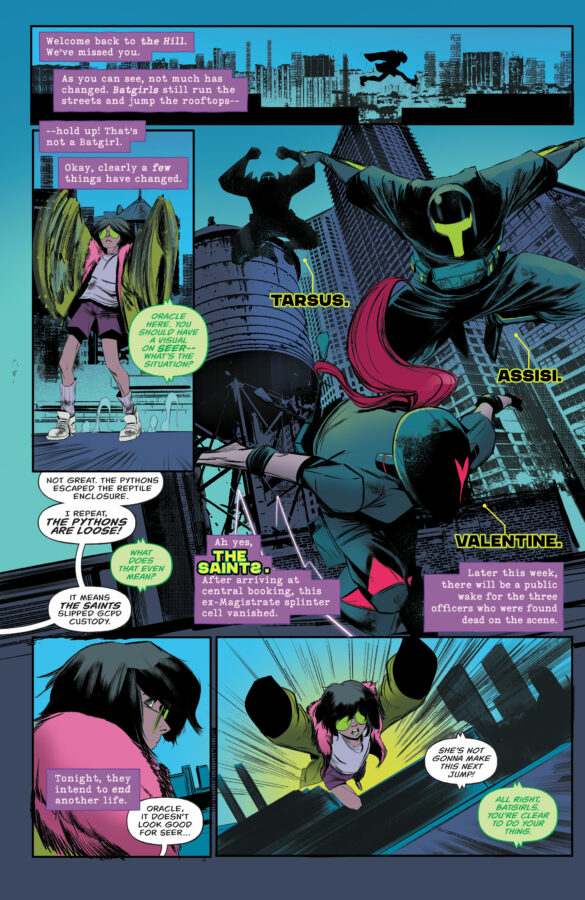 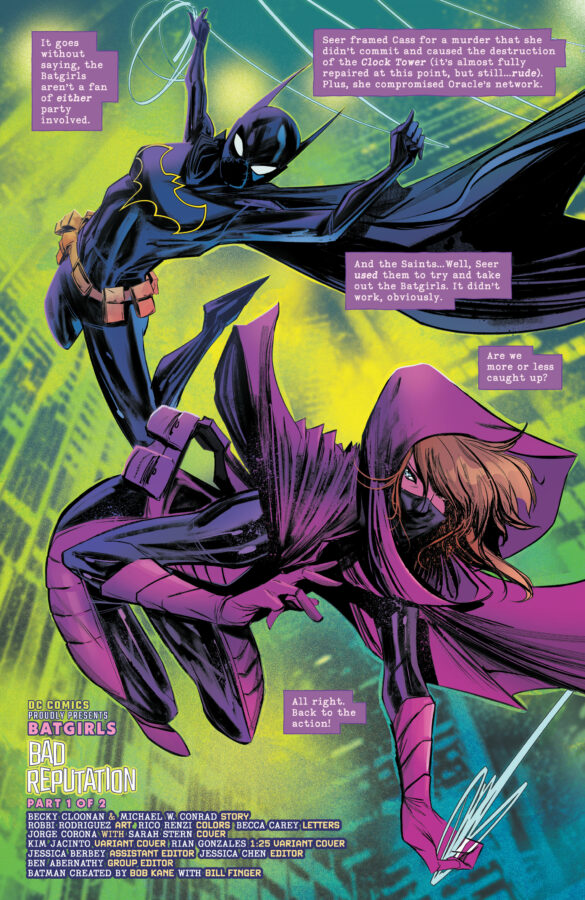 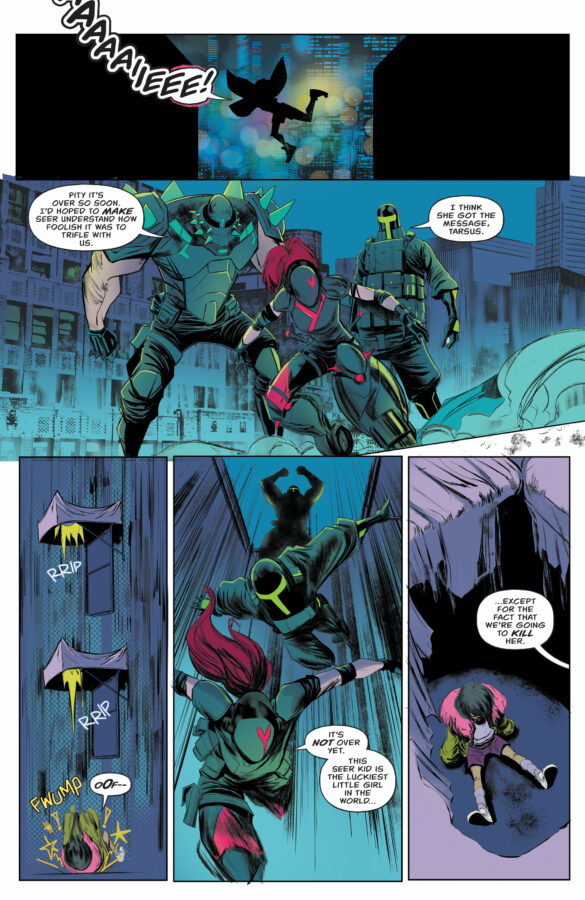 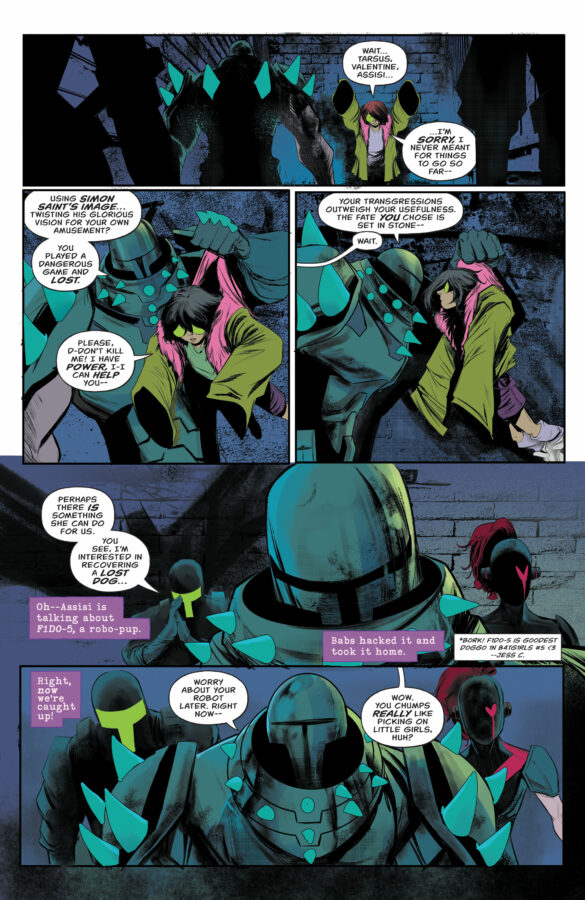 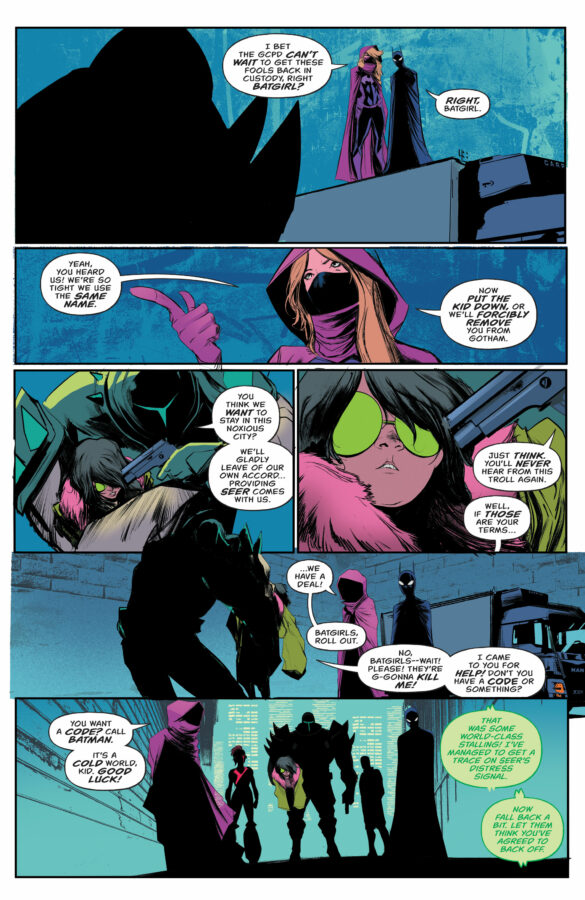 There are more characters interacting with each other in Batgirls #7 than with the ladies themselves. This is something new for the series because, although the Batgirls are there, they’re not in the foreground all of the time. The way that Cloonan and Conrad have managed to work this into the storyline, without you missing them too much, and still keeping the reader interested is great. Also, I encourage surprise visits from characters we’ve not seen before… which always adds so much fun to the issues.

You can immediately tell there’s a different art team on Batgirls #7. This isn’t in a bad way, it’s just that once you get used to seeing the series in the same art style for the first 6 issues, it’s very evident when the artist has changed. I really enjoyed the new layer that Robbi Rodriguez brings to these characters as the art is now a lot softer and rounder in shape. Whereas the previous issues have been thick lines and straight angles. Both styles are great in themselves, and both bring different things to the stories. 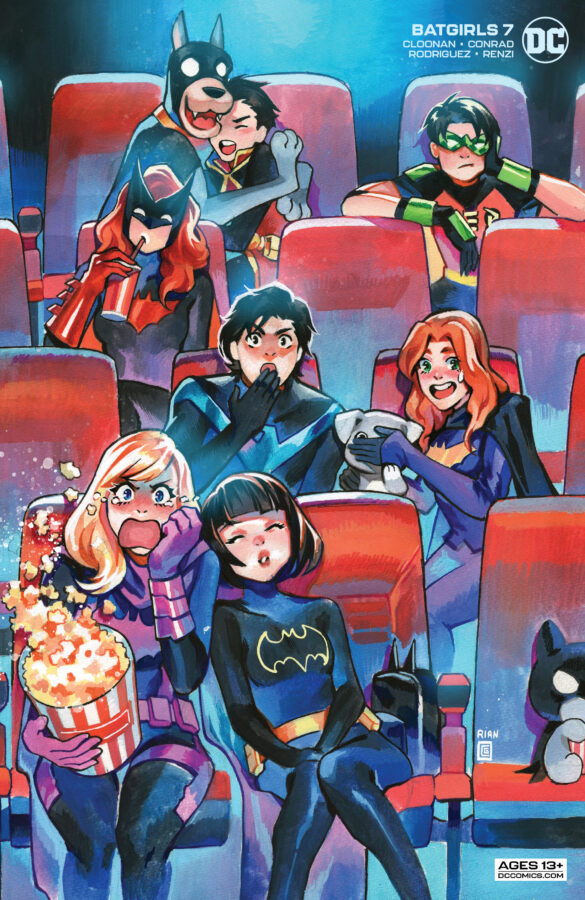 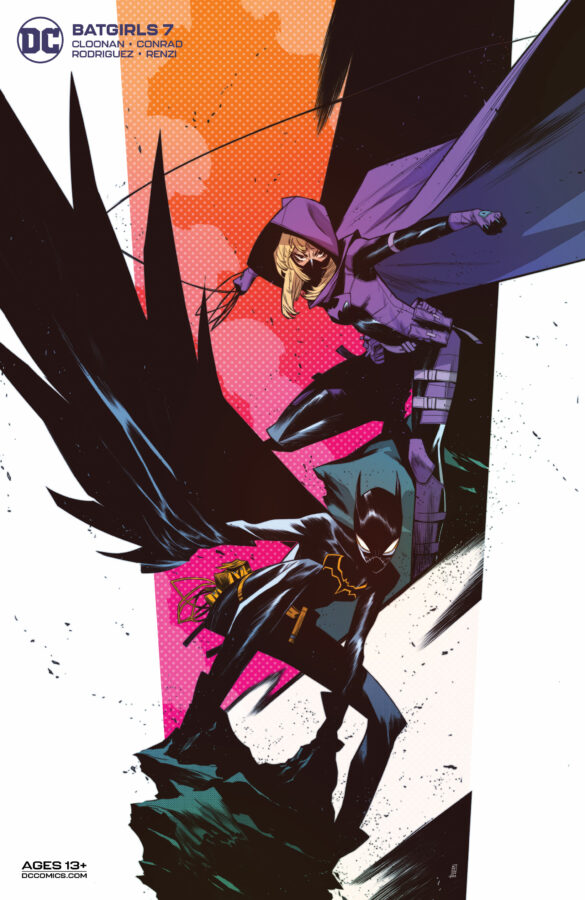 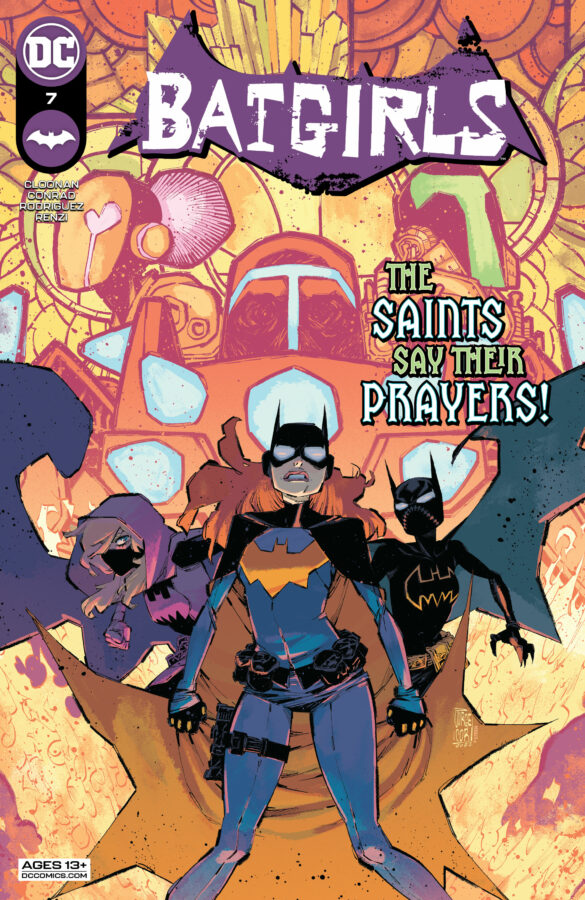 Rico Renzi uses shadows and highlights a lot more, as a color artist than what we’ve seen before, too. The old style had lots of splashes of color, whereas now we see more muted tones. This style feels a little more realistic, rather than leaning into the “comic” color style we had previously.

I’m very happy that we have more Batgirls. I love hanging out with these women and watching them grow their relationships with each other. Seeing them deal with everything going on and trying to re-create a true “Batgirls” team is something I would never want to miss.