Darkness has fallen over Gotham following Batman’s passing, and it’s up to you to assemble the Gotham Knights. Enlist the help of these Funko POP! heroes, to help defeat The Court of Owls. 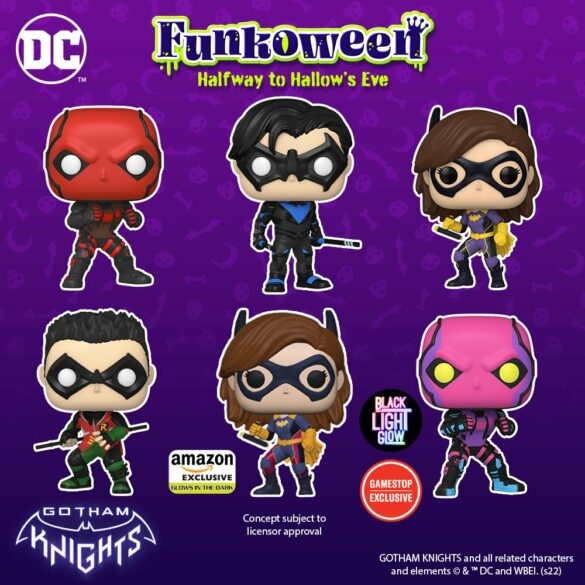 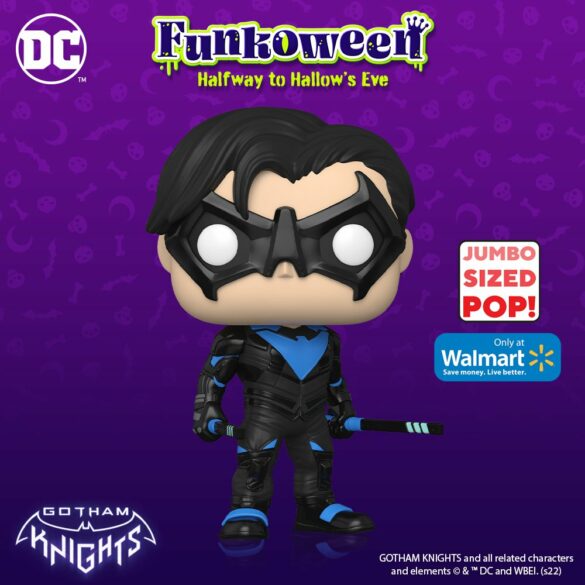 The POPs include standard Nightwing, Batgirl, Robin, and Red Hood, but there are also three limited edition versions which include a glow in the dark Batgirl, Blacklight Red Hood, and a Jumbo sized Nightwing POP!

The two Batgirl POPs feature Batgirl in her purple and yellow Batsuit. The special edition glow in the dark is the exact same figure as the standard version but the suit gives off a blue glow when placed in the dark. 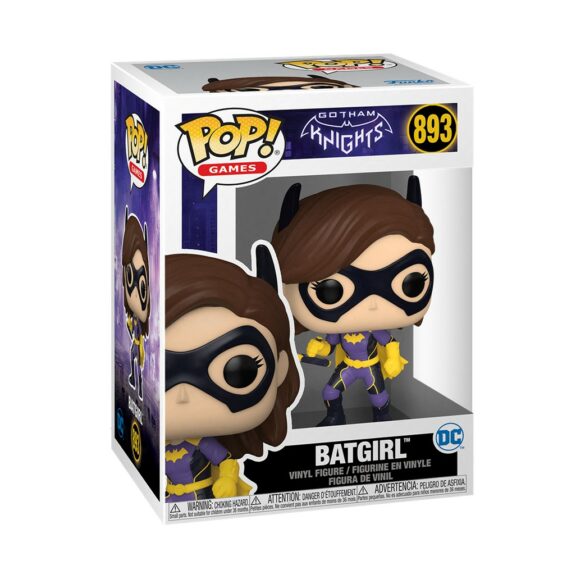 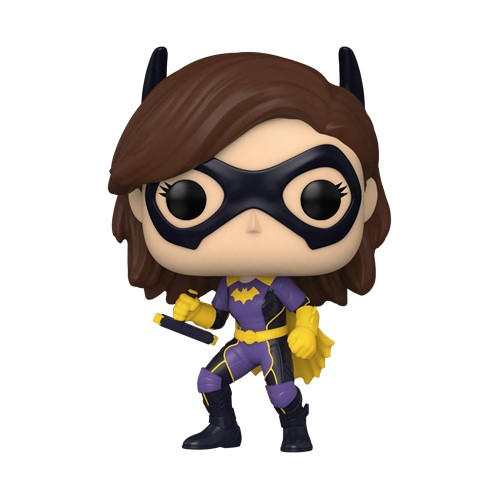 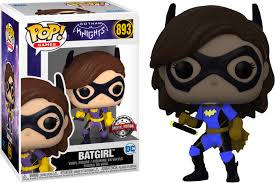 As well as Batgirl there are also two versions of Red Hood, a standard POP! and a Blacklight POP!. Again the figure is the same but the special edition is neon pink giving the POP! the appearance of being lit with a Blacklight. 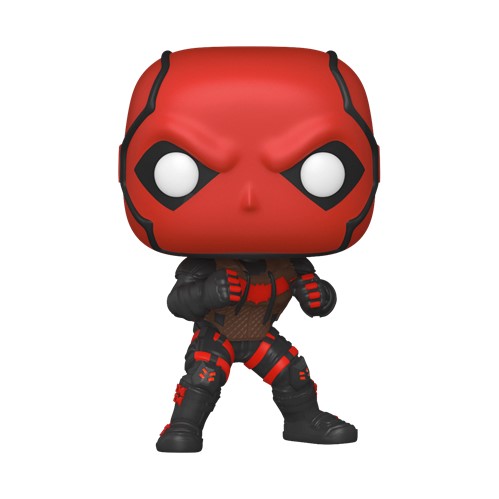 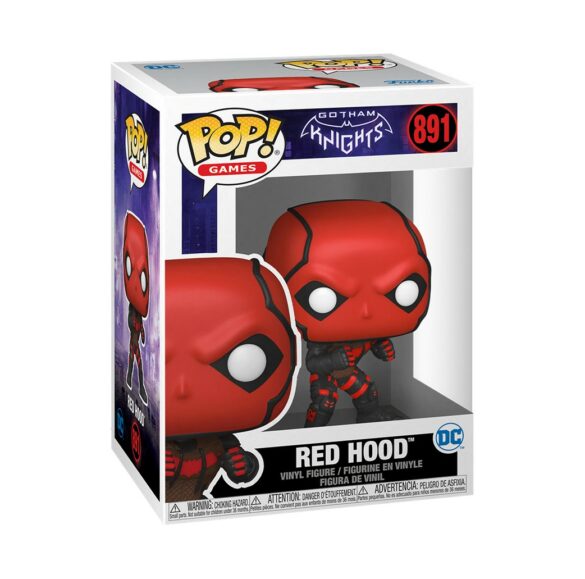 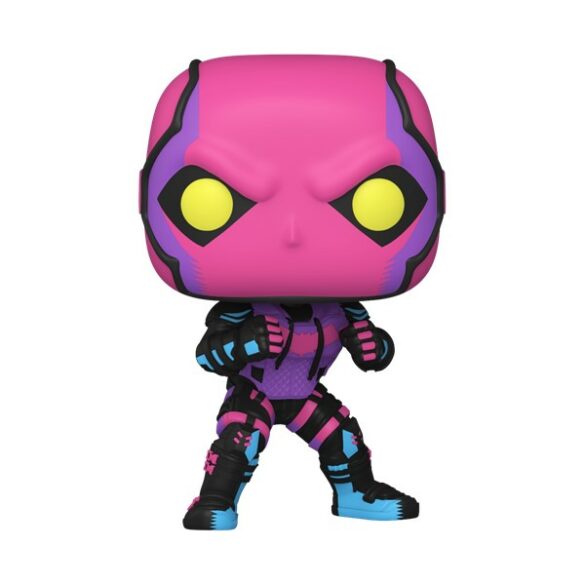 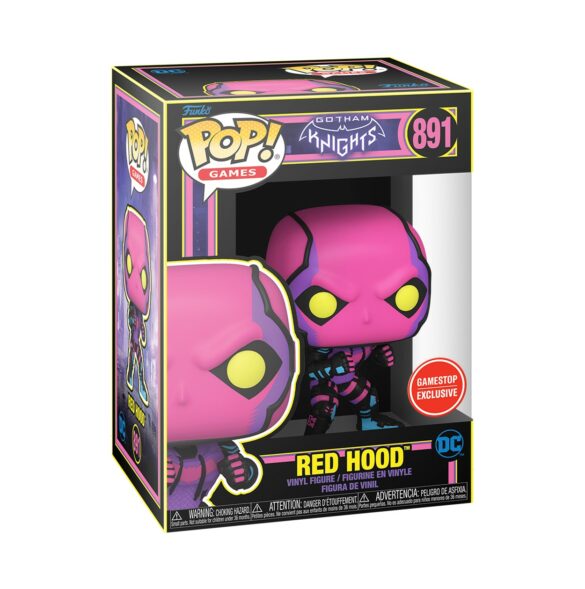 The Robin POP! features Robin in his red, black and green suit and is the only POP! in the collection that doesn’t have a special edition version, which I think is slightly unfair. 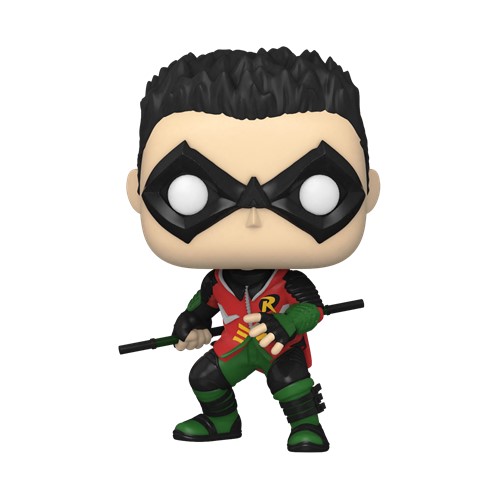 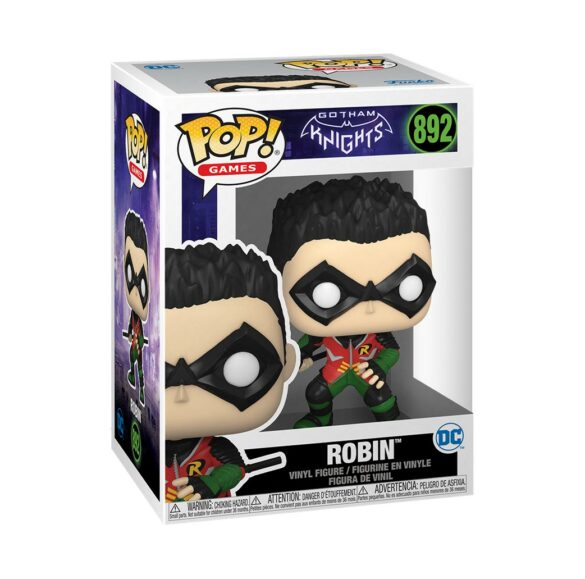 The Jumbo Nightwing POP! is the same figure as the standard version just bigger at approximately 10.87 inches tall, making it over 6 inches taller than standard sized Funko POPs. 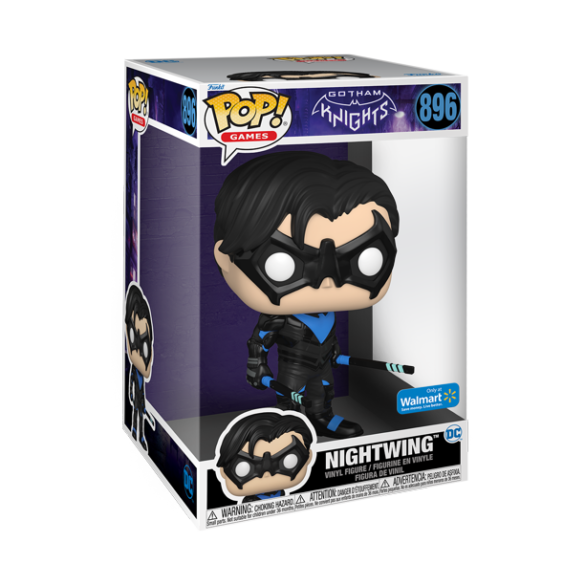 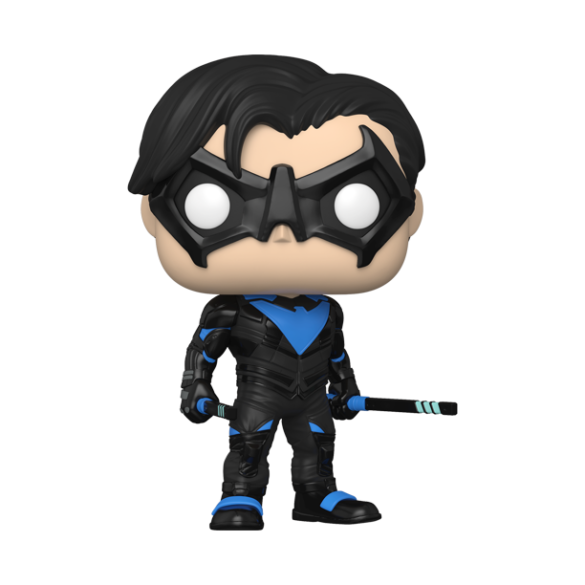 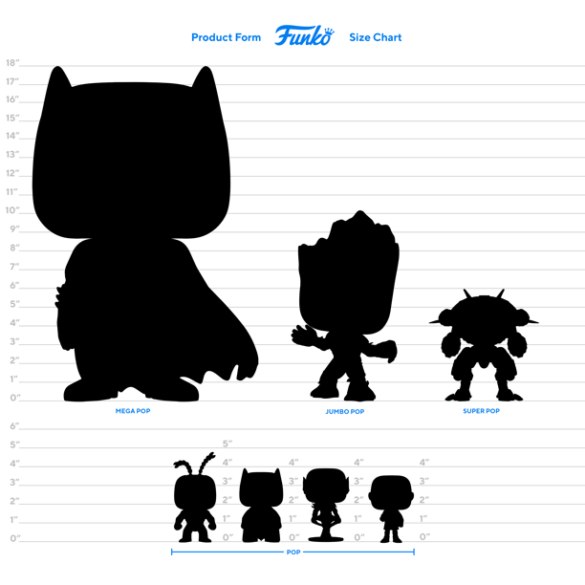