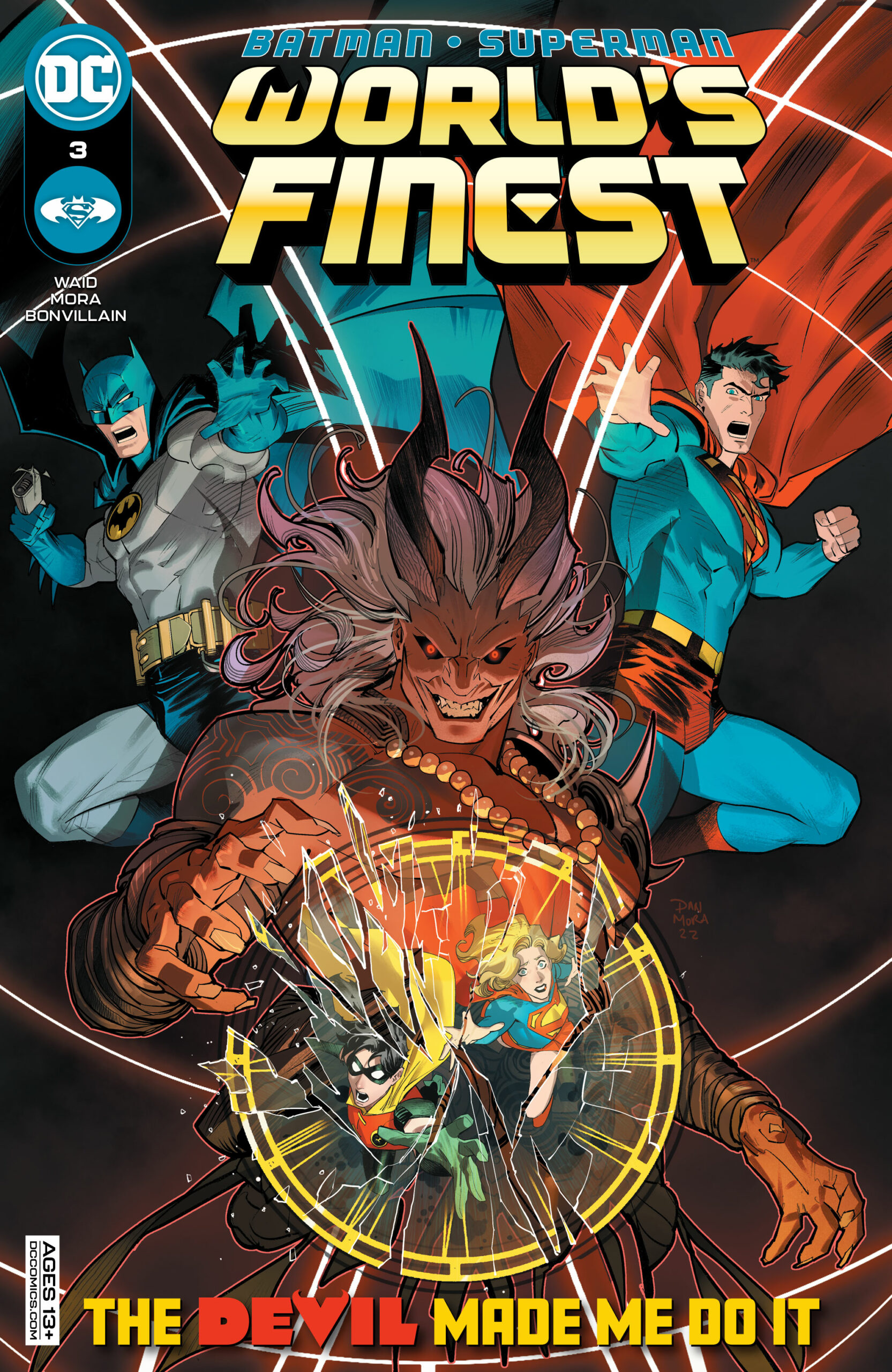 The lake of fire churns, as the Dark Knight and Man of Steel face the flames of Damnation in this week’s grizzly Batman/Superman: World’s Finest #3.

Last issue, our titular characters confronted Felix Faust who had enchanted Billy Batson, removing his mouth, thus taking away his ability to say his one magic, word SHAZAM! Suddenly, just as the issue was ending, Batman, Superman, and Billy found themselves in Hell. No – I’m not speaking metaphorically. I literally mean Hell: demons, sulfur, the lake of fire – ya know, the works. Needless to say, everyone was kinda freaked out by the sudden change of scenery. 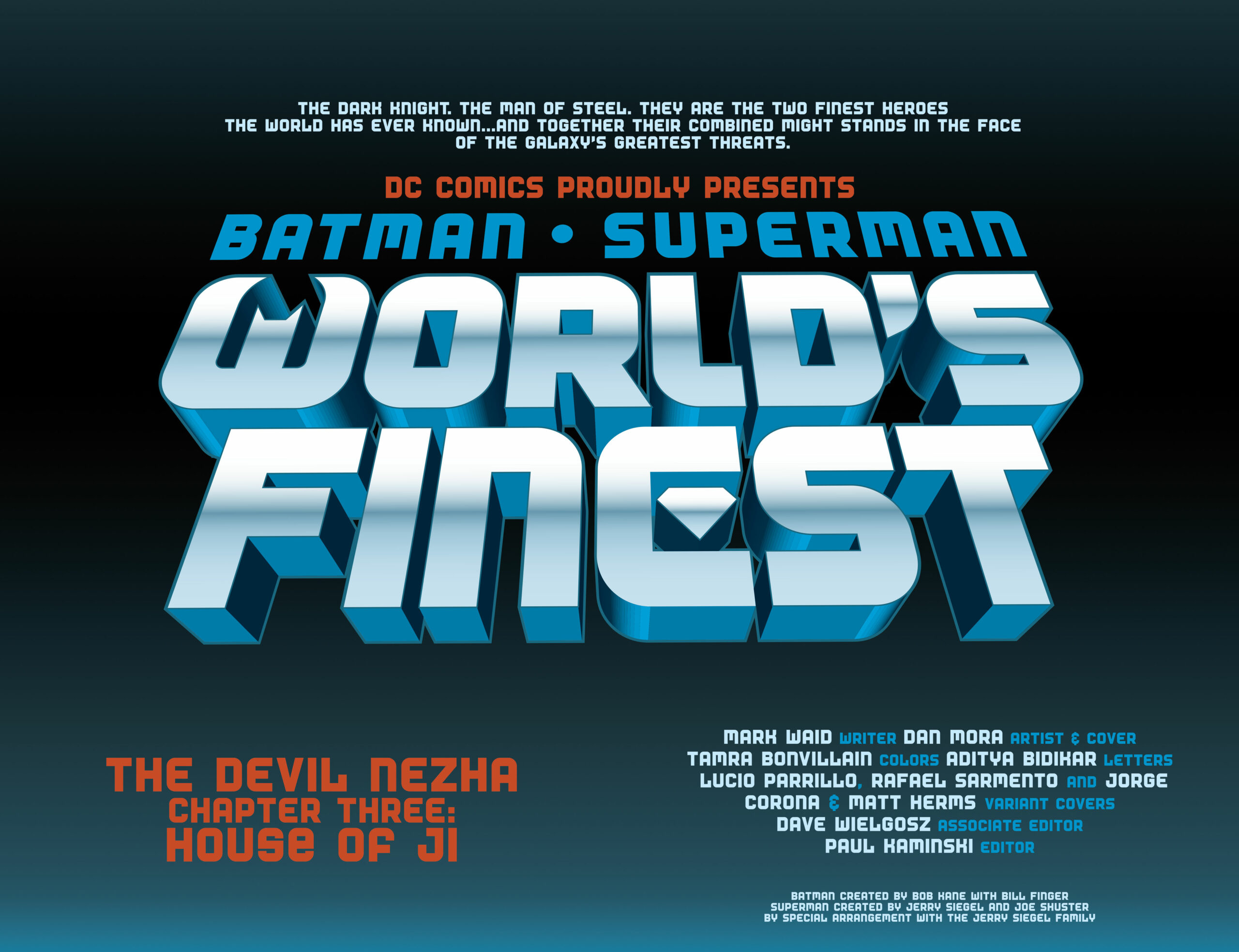 To Hell With the Devil

One of the things that makes this book so charming is its pacing. Waid’s script is all over the place, and strangely enough, it works. Three issues in, and this series has been a giant superhero romp, chocked full of gusto and bombast. Mark Waid has channeled his inner child, writing scripts that outpace an ADHD kid on Red Bull (Yes – I can make that joke; I have ADHD).

Thus far each issue has been light and fun, so while it may seem strange that this issue opens with its heroes in hell, it kinda works. Despite the horrifying hellfire and brimstone imagery, the resolution of the situation is fully in line with the tone and tenor of the title so far. Also, the scene is relatively short, as Waid abruptly pivots to the next scene and scenario.

From Hell to China

If there’s one thing that this series has proved, it’s that Dan Mora is an incredibly skilled and versatile artist. I mentioned in last month’s review, that Mora did a great job shifting his aesthetic during the flashback sequence set in China. He manages to do this type of shift again in this week’s book albeit in a more subtle manner. While there’s nothing particularly subtle about Mora’s depiction of Hell, there is some subtlety in how his style shifts.

This version of Hell is terrifying, full of barbed wire and demons, enough to give Dante a run for his money. Stylistically, Mora’s pencils are unsurprisingly sharper when drawing Hell, whereas his other settings are smoother, especially his take on China. It seems that Mora’s art is the complete package; he can handle any setting and any style, which makes him undoubtedly one of the most impressive artists in the industry.

I had fun reading this book. Mind you, I still don’t understand who Devil Nezha is, but I couldn’t care less. I was too distracted by Waid rapidly bombarding me with new plot points and Mora’s utterly stunning artwork. At this point, I’m assuming that Waid has an ace up his sleeve, but until he’s ready to reveal his hand, I’m happy to be carried along by the spectacle of it all.

Final Verdict: This is one hell of an issue.