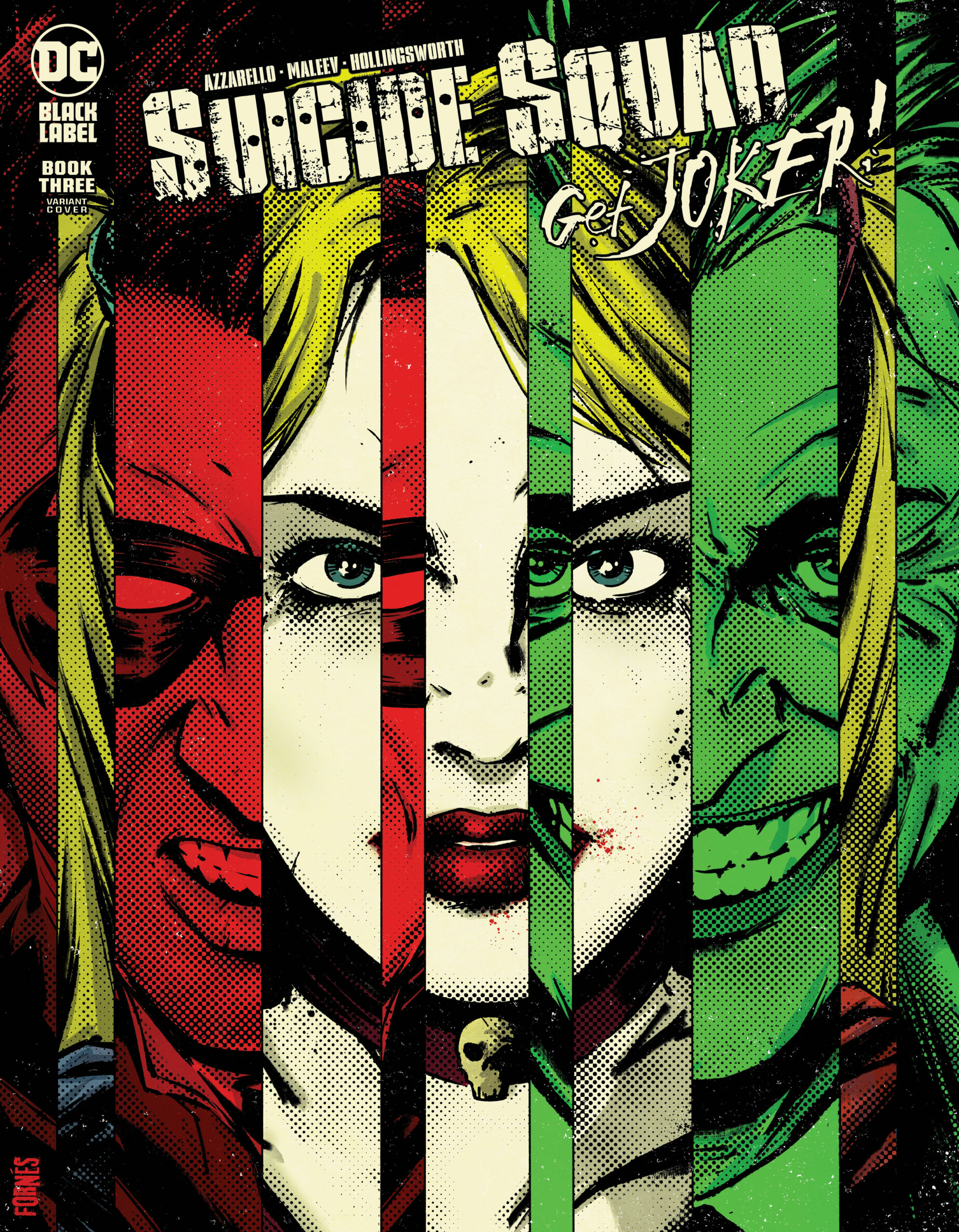 We have finally hit Suicide Squad: Get Joker #3. After what feels like hundreds of years, and enough time for the main run of Suicide Squad to end, we arrive at the finale of this darker, and more realistic look at what would happen if the superpowered were recruited into a death task force.

This issue treats us to the perfect storm of violence, despair, and poignancy we would want from a Suicide Squad ending, all with outstanding art, a washed out, but realistic, color scheme, and the kind of realism we always expect from a Black Label title.

The second issue left our anti-heroes in a situation that was going from bad, to worse, to dire. We got to see the control of Taskforce X change hands, then their run-in with their target went south too. The events of this issue leave us wondering who to fear and who to follow. This uncertainty is a real and important theme for the Suicide Squad but rarely is it as well explored, or with as much grit and realism, as it is in “Get Joker”.

I describe Hollingsworth’s colors as washed out and muted; though that sounds like a negative, I assure you it’s the opposite. There’s a time and a place for bright and vibrant colors in comics; we get those cosmic and bizarre tones in the main run where the Suicide Squad traveled between worlds and to different realms. In a story more grassroots and personal, as this one is, we instead see the muted browns and greys of our own world, which perfectly fits the tone. Also, it perfectly complements Alex Maleev’s phenomenal, moody line art.

This story mirrors one, if not the definitive Joker story. The Killing Joke did wonders to portray the Clown Prince of Crime as a foaming at the mouth figure of chaos. This story does all this too but also reflects that he’s mastered his ability to sow discord. He creates mayhem just by existing. In the final moments of the, up until this point, realistic story; the Joker’s words almost feel as if they break the fourth wall. He calls out our lead character’s existence which will make most readers do a split take.

Though the Suicide Squad was the focus, this creative team really Got Joker down to a fine art. The words were so good, that they left the reader feeling chaotic. A great end to a great series.