Batman: Unburied has taken Spotify’s no. 1 podcast spot from the popular The Joe Rogan Experience.

Unburied debuted on May 3rd and it quickly shot up the charts, becoming Spotify’s number on title in America, the United Kingdom, Australia, Brazil, France, Germany, Italy, Mexico and India.

So far, two of the ten planned episodes have been released. Episode 1 is titled “Kind of a Night Person” and Episode 2 “Such Wonderful Secrets.” New installments will continue to hit Spotify every Tuesday through the end of June.

A Different Kind of Batman

Unburied showcases a radically different Bruce Wayne. In this universe, Bruce’s parents are still alive. Since he never experienced their death, Bruce has not become Batman yet. Instead he works as a forensic pathologist. However, his work leads him to investigate the new serial killer the Harvester.

Writer David Goyer talked about some of the changes. He cited that the podcast is more like an Elseworlds story or “something we might do with DC’s Black Label” imprint. The changes were made to give him the creative freedom to dive into the detective side of Bruce’s personality.

The inciting incident that usually turns Bruce into Batman is the murder of his parents. So I was interested in exploring what would happen if his parents had never been murdered. Would he have gone into crime fighting? Would he have gone into the medical field? He probably wouldn’t have become Batman, so at least in this version, that’s how we arrived at him still being a detective. He’s just more of a forensics detective. 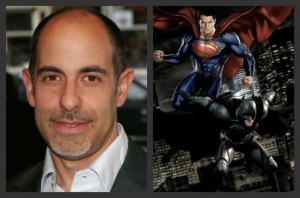 When discussing casting Winston Duke to voice Bruce Wayne, Goyer said it was his idea.

We had a lot more liberty with the voice casting than we might have if we were making a feature film, so when I talked to Spotify, Warner Bros. and DC, I said that I really wanted to go for some actors who might not be traditionally thought of to play Batman, the Riddler or Barbara Gordon, and they were completely open. In fact, they were excited about it, so that’s how we got such an incredibly exciting casting. Winston Duke was one of my first choices.

Finally, Goyer went on to tease other DC-related podcast. According to Goyer, there are plans for more DC content on Spotify, including a follow-up to Batman: Unburied.