“Who are the Justice League?” & “The History of the DC Multiverse” 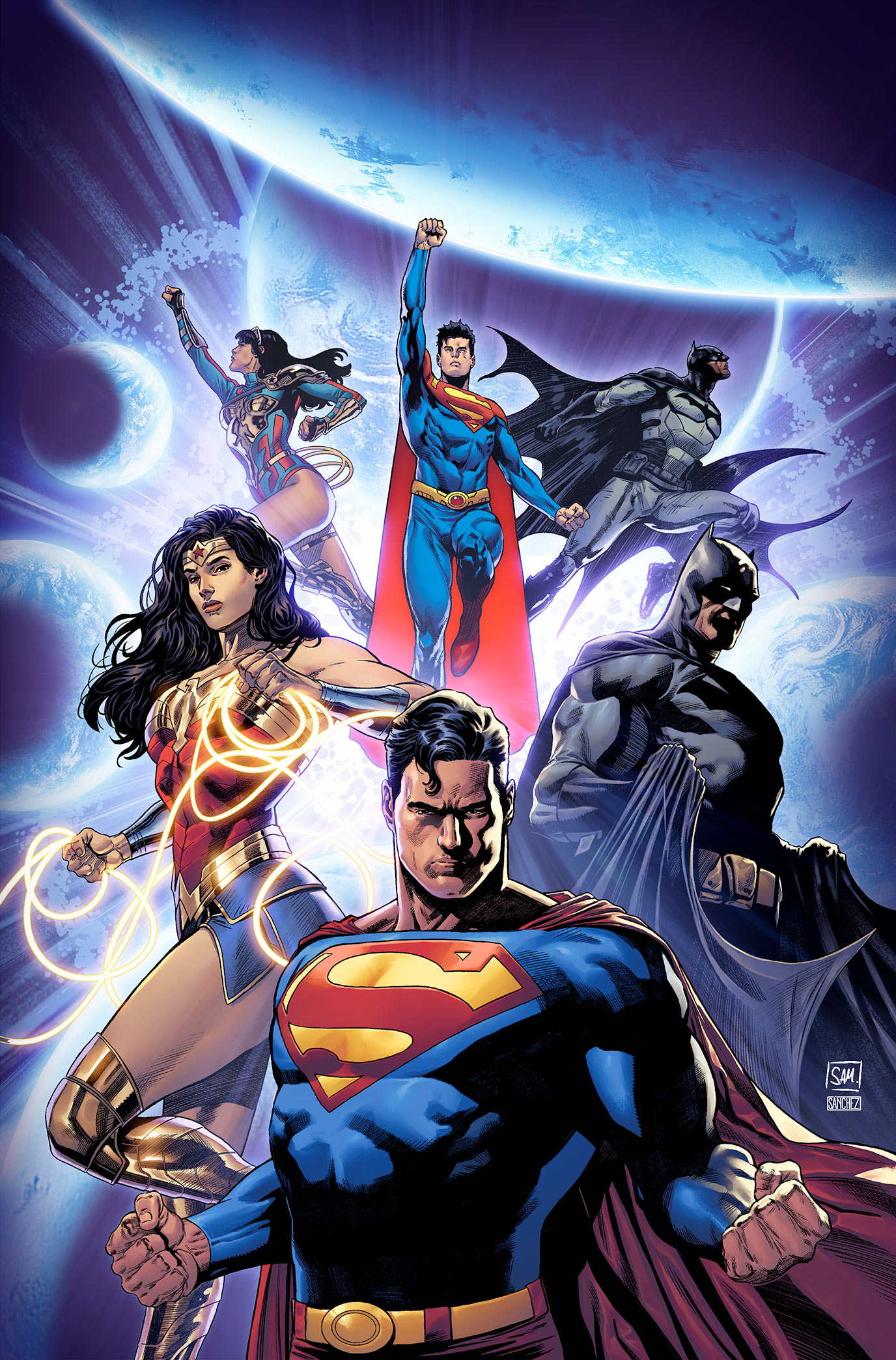 Before I get started I wanted to take a moment to wish you a Happy Free Comic Book Day! Not gonna lie – today is one of my favorite holidays of the year. Seriously, if you haven’t done so already, go support your Local Comic Shop and check out their offerings for Free Comic Book Day. Now, back to our regularly scheduled programming… 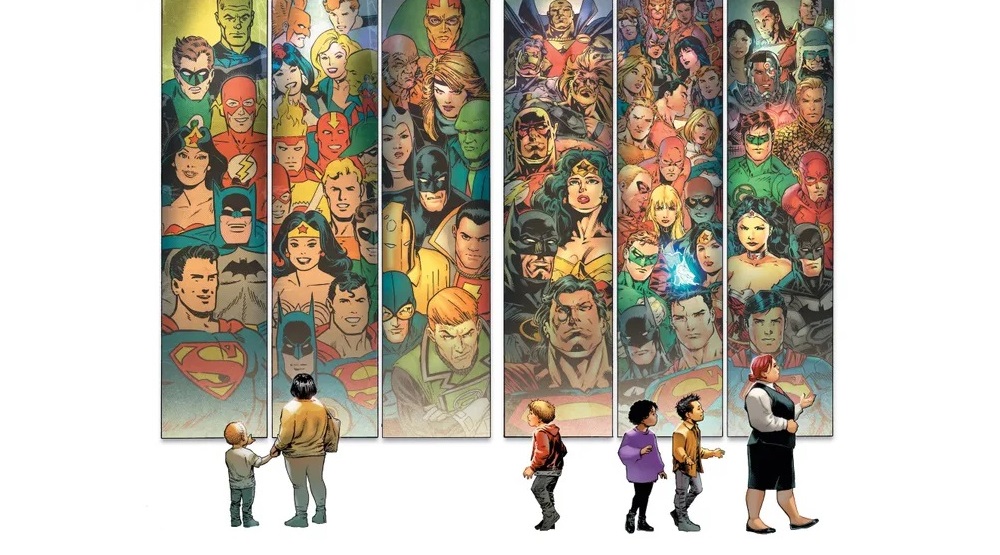 The Justice League is dead, and the world is mourning its loss. The issue opens with a tour of the League’s headquarters: The Hall of Justice. The museum curator guides a group of kids through the hall’s memorial to the world’s greatest heroes, reviewing the different ages and incarnations of the League. However, things go awry when a once reformed villain ambushes the children. Before any true damage is done, The Flash (Wally West) zooms in to save the day.

Later, we’re given a sneak peek of the opening pages of Dark Crisis #1, which features a vigil for the fallen League. Dick Grayson delivers a moving eulogy; however, danger abounds as villains too have attended this gathering. As you probably could guess, these dastardly fiends aren’t here to mourn.

Finally, the book features reprinted pages from Justice League Incarnate #4 that outline the history of the DC Multiverse.

So here’s the deal, Dark Crisis #0 is a well-written, three-part issue that does little to set up Dark Crisis. The opening story is fine. It’s cute, it’s meta, but it also feels somewhat irrelevant. While it does play with the theme of legacy, I can’t imagine that this short episode will contribute a great deal to the forthcoming narrative.

As for the preview, DC published 5 pages, two of which are two-page spreads. They read like the opening of an issue, but they don’t give away anything splashy or gripping. It seems like the setup for an interesting issue, but as far as previews go, I don’t think it’s going to light anyone’s world on fire.

Then there are the reprint pages. These might be the most important part of the issue, as they best summarize the conflict for Dark Crisis. For those who haven’t read Justice League Incarnate these pages are vital. However, for those who are up-to-date on the current state of the DCU, they’re superfluous.

One thing that this issue has going for it is that it’s pretty. Each of these chapters is masterfully drawn and colored. Comics veteran Jim Cheung masterfully renders the Flash, wrapping the character in palpable kinetic energy. Daniel Sampere’s work on the Dark Crisis preview pages looks fantastic, as he once again proves that he can handle a large cast of characters. As for the last section, I’ve already outlined my thoughts on these in my review of Justice League Incarnate #4, but if you’re feeling too lazy to click the link above, the TLDR version is that the art is solid. 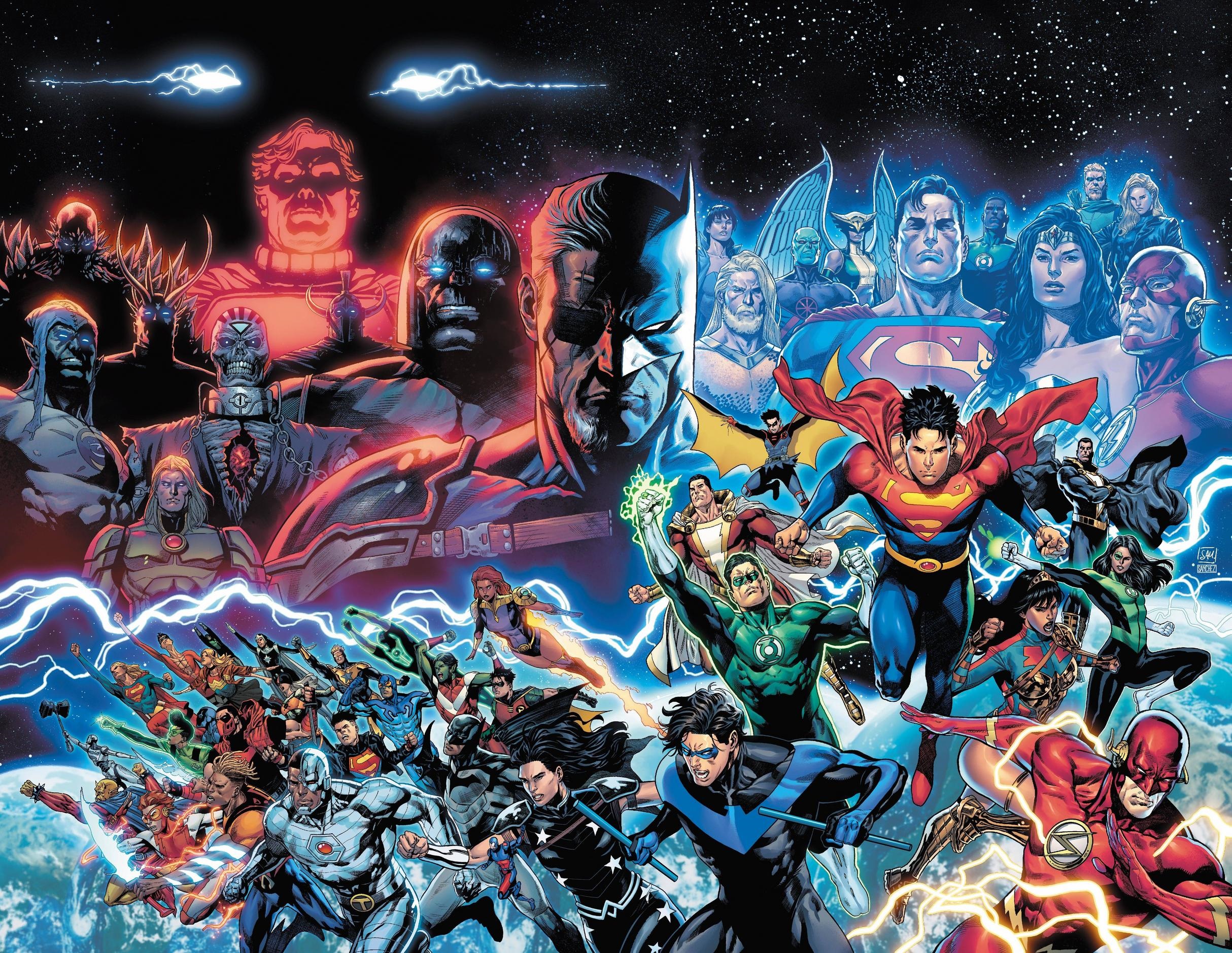 Dark Crisis #0 is fine, but not Earth-shattering. When I teach my students how to write an essay, I always tell them that they need to lead with a hook: something that’s going to grab the reader’s attention. DC didn’t quite manage that here for readers who are caught up, for those coming in cold though, they may love it.

Usually, for the Free Comic Book Day issues, DC produces something exciting that’s often jaw-dropping. Dark Crisis #0 doesn’t quite get there, as it provides little in the way of new, important information about the upcoming event. For fresh readers unaware of Justice League Incarnate or Infinite Frontier, then this issue’s well worth grabbing.

Final Verdict: It’s free. While I’m all prepped for the main event, fans who missed the entrees will be bagging themselves a treat. For those already in the know though, what do you have to lose in picking up a copy?