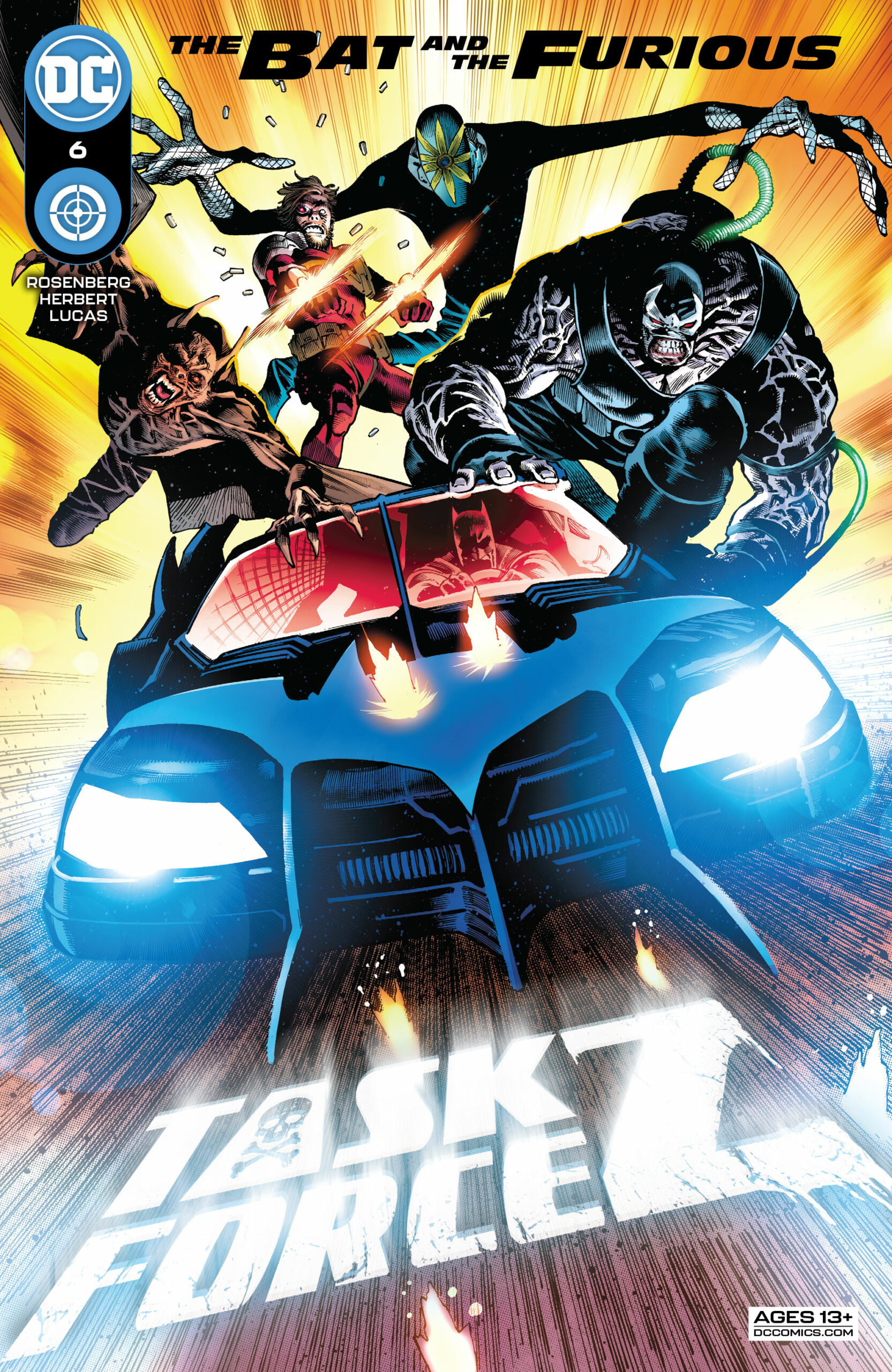 This issue will fill in every single missing piece of this story! Well… except for Deadshot’s missing brain… Man-Bat’s missing head… KGBeast’s missing arm… Well, it fills in a lot! Task Force Z #6 is an issue that shouldn’t be missed!

So in this issue; a lot of new information comes our way, much of which we sorely needed. Matthew Rosenberg treats us to the identities of the geniuses who helped develop the Lazarus resin, how they make it, and conveniently enough; the reason for its low availability.

There are a lot of strings leading back from when we first entered the world of Task Force Z. Amanda Waller, Two-Face, Mr. Bloom, and Powers Tech, all have a part to play. It was enlightening to finally see the full picture and the issue does a great job of jumping back and forth through the story to fill in gaps. I myself have read almost every single title that DC has put out since 2011 from start to finish  (and obviously a lot before then, too). I’m not bragging, I just felt it was important to mention, as when I read this issue; characters were shown and I didn’t recognize all of them. So I’m hoping we get a bit of back story on them or do I need to go back and read the few books I’ve missed over the last decade? (If that’s the case, I’d like a few more pages of exposition).

I really enjoyed the chemistry between the team members in this issue; a bunch of murderers and Jason Todd (former murderer) really do have a witty repartee and it’s a joy to read.

Obviously, if there are a bunch of undead Bat-villains running around Gotham, and it seems like they’re now out of control, then Batman’s going to step in, despite him putting Red Hood on the case. However, we’re treated to a fantastic interaction between Jason and his angry Bat-Dad that really left me wanting more of an interaction between the two. I loved how we got to see the Dark Knight being his usual distrusting self and Jason the one trying to talk him down. The father becomes the son and the son the father. It was entertaining to read and beautifully written. More of that, please.

Task Force Z #6 is exactly what the series needed. We get an injection of exposition and a push towards where the story’s going. This was another great issue from an already great series.

DKN Round Table Review: ‘The Batman’