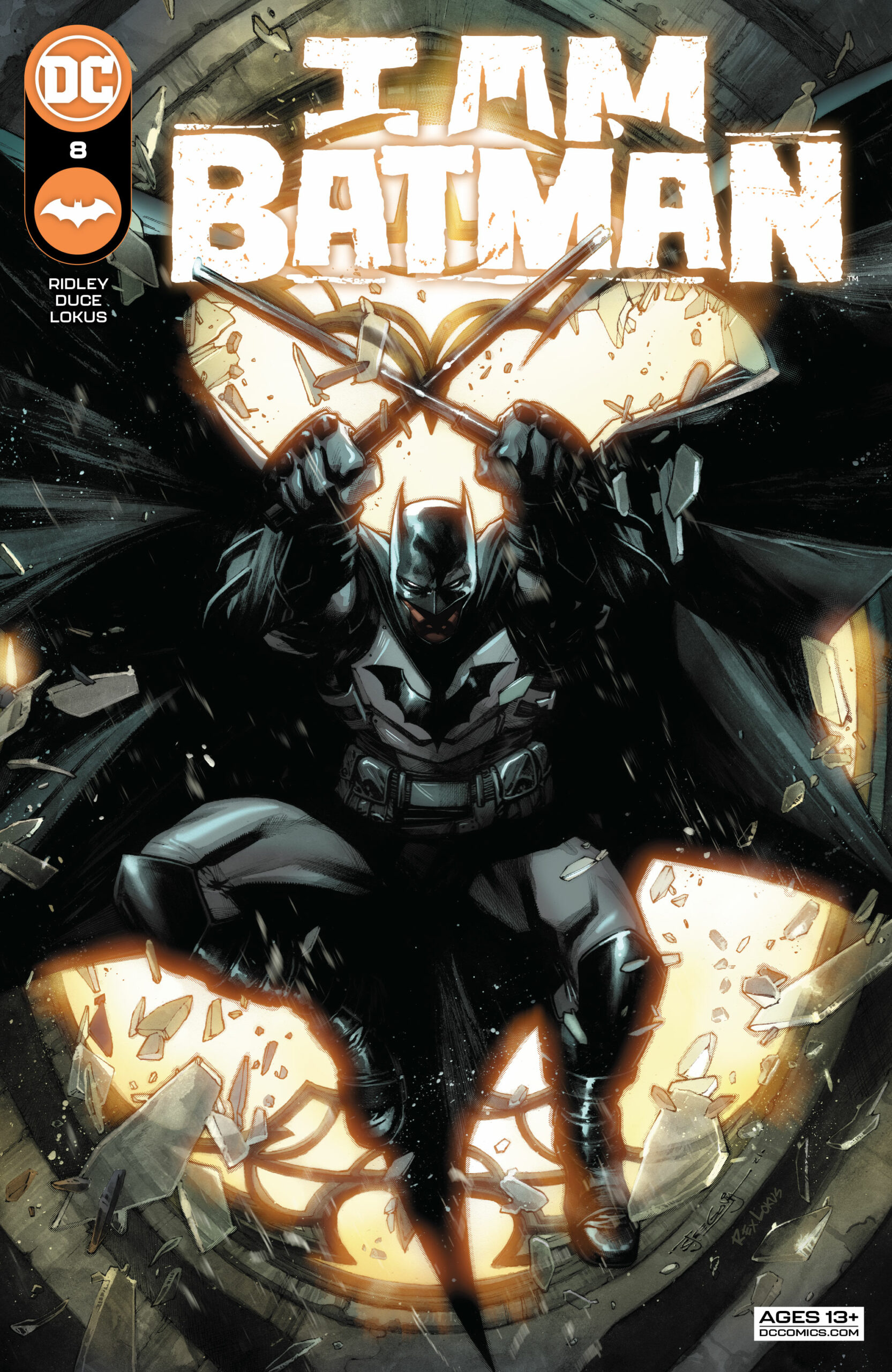 In I Am Batman #8, Jace has a disastrous first encounter with the serial killer that’s been terrorizing New York. Unfortunately, the new Batman finds himself outmatched, or at least unprepared for this first encounter, so he’s forced to retreat.

Can Jace Live Up To Bruce Wayne’s Legacy?

This early failure weighs heavily on him, and the talk he has with his father Lucius afterward illuminates why. He states “I don’t want to end up like the Batman”. This makes it clear that Jace is understandably measuring himself against Bruce Wayne, and that’s a very hard bar to set for oneself. It reminds me of the issues Wally West had early in his career trying to live up to the example that Barry Allen had set.

Does A Batman Attract Insane Villains?

Jace is specifically talking about an issue that Bruce also struggles with, relating to his father, “He said I’d inspired him. He said he was out there killing people because of me”. There’s a theory that has been brought up a number of times over the years that Batman attracts insane villains like the Joker, Riddler, Two-Face, and numerous others to Gotham. He inspires them to put on costumes and commit crimes to get his attention.

It appears that Jace also believes this theory, and wants his Batman persona to be different. He doesn’t want to inspire costumed crazies to rise up and challenge him. He wants to fight street-level crime and help people, not hunt supervillains and would-be world conquerors. The question is, can he avoid doing so, or does it come with the job? Unfortunately for Jace, it looks like it probably does.

Bruce Is Still The Batman

There are also a couple of important points I noticed about Jace’s talk with Lucius. First, was Jace referring to Bruce as “The Batman”. The italics are in the original text, indicating that Jace is emphasizing the word. This is why Jace is happy just being called Batman. He was presumptuous enough to put on the Bat-Suit without the go-ahead of the original Batman or any of the Bat Family and still considers Bruce to be the real thing. Jace sees himself as a Batman, while Bruce is the Batman. This makes me wonder if there will come a day when Jace will see fit to apply the definite article to himself.

The other thing I noticed is that Lucius is still being careful to protect Bruce’s identity, even from Jace. Lucius has been portrayed somewhat out of character for the last several months. Some of this is explained by Scarecrow messing with his mind, but he was shown as somewhat against Bruce’s mission even before that. So, it seems a bit odd that he remains loyal to Bruce even now.

On the other hand, not loyal enough to give Bruce his fortune back or to inform Bruce of Jace’s activities. You would think that Lucius would realize that sooner or later Bruce will investigate this new Batman and quickly figure out who it is. If I were Lucius, I would go straight to Bruce and intervene on Jace’s behalf, rather than wait for Bruce to inevitably come after Jace.

When Will Bruce And Jace Meet?

I would love to see what happens when Jace and Bruce eventually do come face to face. Considering that DC is apparently killing off Batman with the rest of the Justice League in the near future, this encounter will have to happen soon. While I don’t believe they will stay dead permanently, it sounds as if DC might put off bringing them back for a while, and I don’t really want to wait that long to see them meet.

There’s also a scene between Jace and his youngest sister Tiffany, where she tries to get Jace to spar with her, but they end up having a heart-to-heart conversation instead. This brought to mind the recent story in Batman: Urban Legends from the Future State timeline. In that story, we see Tiffany acting as the Robin to Jace’s Batman. This scene had me wondering if Ridley is planning for Tiffany to take on that role in the current title. If so, is that coming soon, or somewhere further down the line?

As always, the artwork is top-notch in this title. Christian Duce is a very talented artist, and his style works well with the tone that John Ridley’s setting for this series. The way Batman’s depicted artistically illustrates Ridley’s interpretation of the character: heavily inspired by Bruce’s Batman, but with noticeable differences. I’m sure that we’ll see the character’s physical depiction evolve as Jace grows as a character.

I Am Batman #8 is a rather thought-provoking issue of John Ridley’s Batman saga. It illustrates that the book’s title is well-chosen. It represents what Jace is saying about his heroic identity, but the intonation is evolving as the story progresses. At first, it was a somewhat presumptuous declaration: “I Am Batman!”. Now, it’s becoming more of a question”. I think it may eventually become a statement again, and may even evolve to become “I Am The Batman”.