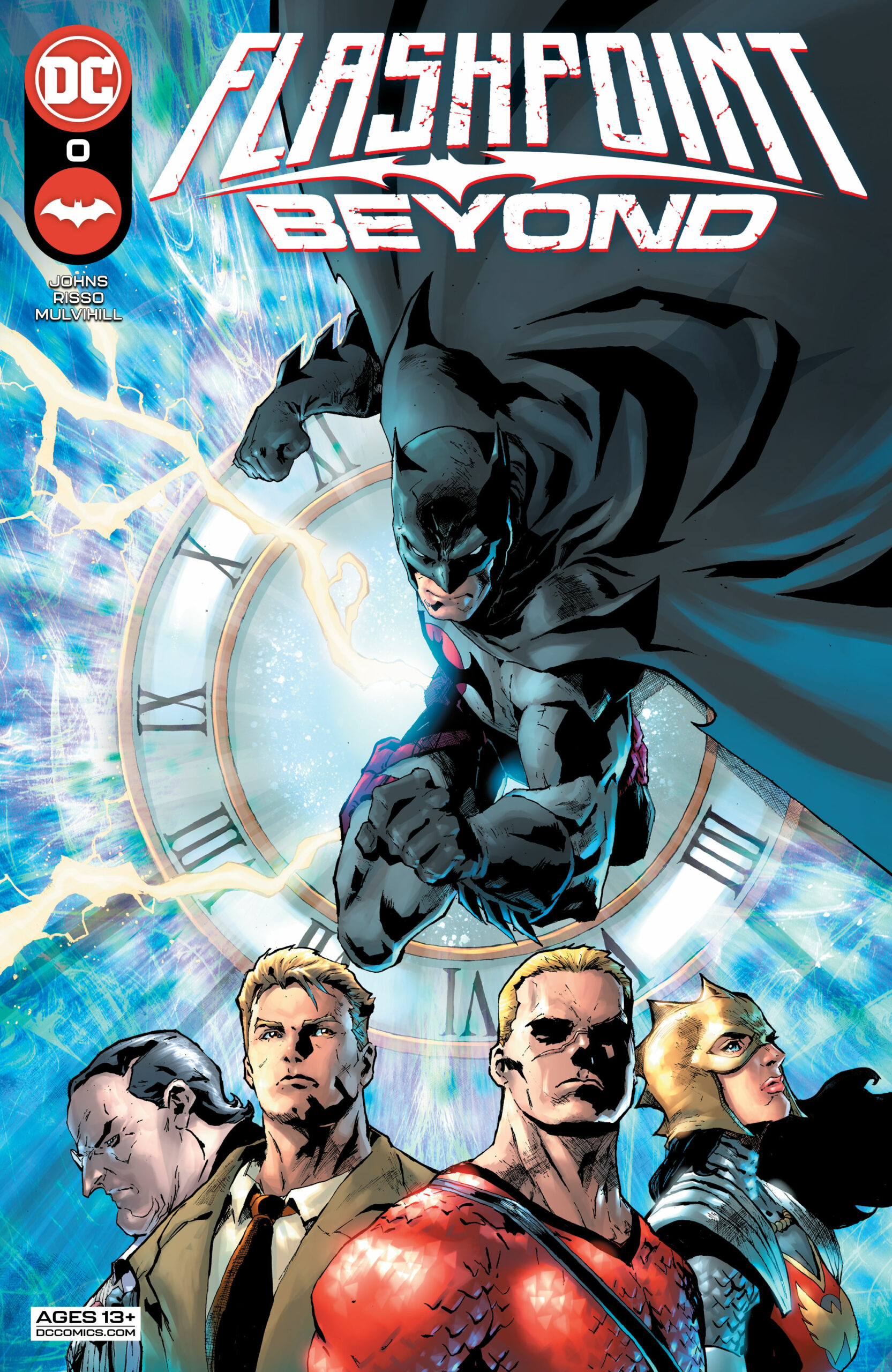 Questions abound, as Flashpoint Batman has mysteriously returned to his home timeline in this week’s Flashpoint Beyond #0.

In 2011 Geoff Johns penned one of the most controversial events in DC’s history: Flashpoint, where Barry Allen traveled back in time to stop the Reverse Flash from murdering his mother. However, in doing so, Barry creates an alternate timeline that had the Earth on the brink of an apocalypse. With the help of Flashpoint Batman (Thomas Wayne), Barry managed to correct his mistake, fixing the timeline. The Flashpoint timeline therefore no longer exists… or does it?

It’s been a while since Geoff Johns has written anything for DC, which is rather shocking when you take a moment to think about it since Geoff was once the publisher’s golden child. However, with all of the creative shake-ups at DC over the past few years, it would seem that he’s perhaps been marginalized within the company. Therefore, Flashpoint Beyond #0 in many ways feels like a homecoming. Johns returns to not only his own storyline but also picks up some of the loose threads from another one of his divisive series: Doomsday Clock.

For those who are familiar with Johns’ previous work for DC, this first issue delivers a fairly rewarding read. Johns has left an indelible mark on DC over the past 20 years, as his work has shaped and reshaped DC’s metanarrative. Flashpoint Beyond #0 continues in that tradition, revealing certain features of DC’s cosmology that help explain the company’s current mantra of “everything matters”.

All Things Bold and Beautiful

Joining Johns in this creative endeavor is Eduardo Risso – an artist who isn’t exactly prolific but, nevertheless, is always impressive. Risso’s treatment of the Flashpoint timeline is fantastic, as he leans into the grimness of the world. Trish Mulvihill’s colors do a great job reinforcing the tone of the line art, as the two artists really capture the bold yet bleak nature of the Flashpoint reality. Risso also just happens to be fantastic at drawing beautiful figures, as his character designs are great, as he brings a certain je ne sais quoi to the DC pantheon. Finally, his panel layouts are masterful as he oscillates between conventional grids and innovative action sequences. He’s just a great visual storyteller.

At first glance, it would be easy to dismiss Flashpoint Beyond #0 as a nostalgic cash grab; however, it’s far more than that. This story is the continuation of Johns’ vision for the DCU, one that’s gloriously rendered by the talented Eduardo Risso and Trish Mulvihill, creating a product that exceeded my expectations.

Final Verdict: Flashpoint Beyond #0 is gearing up to be a solid series. If you like Johns’ previous DC work, check this out.