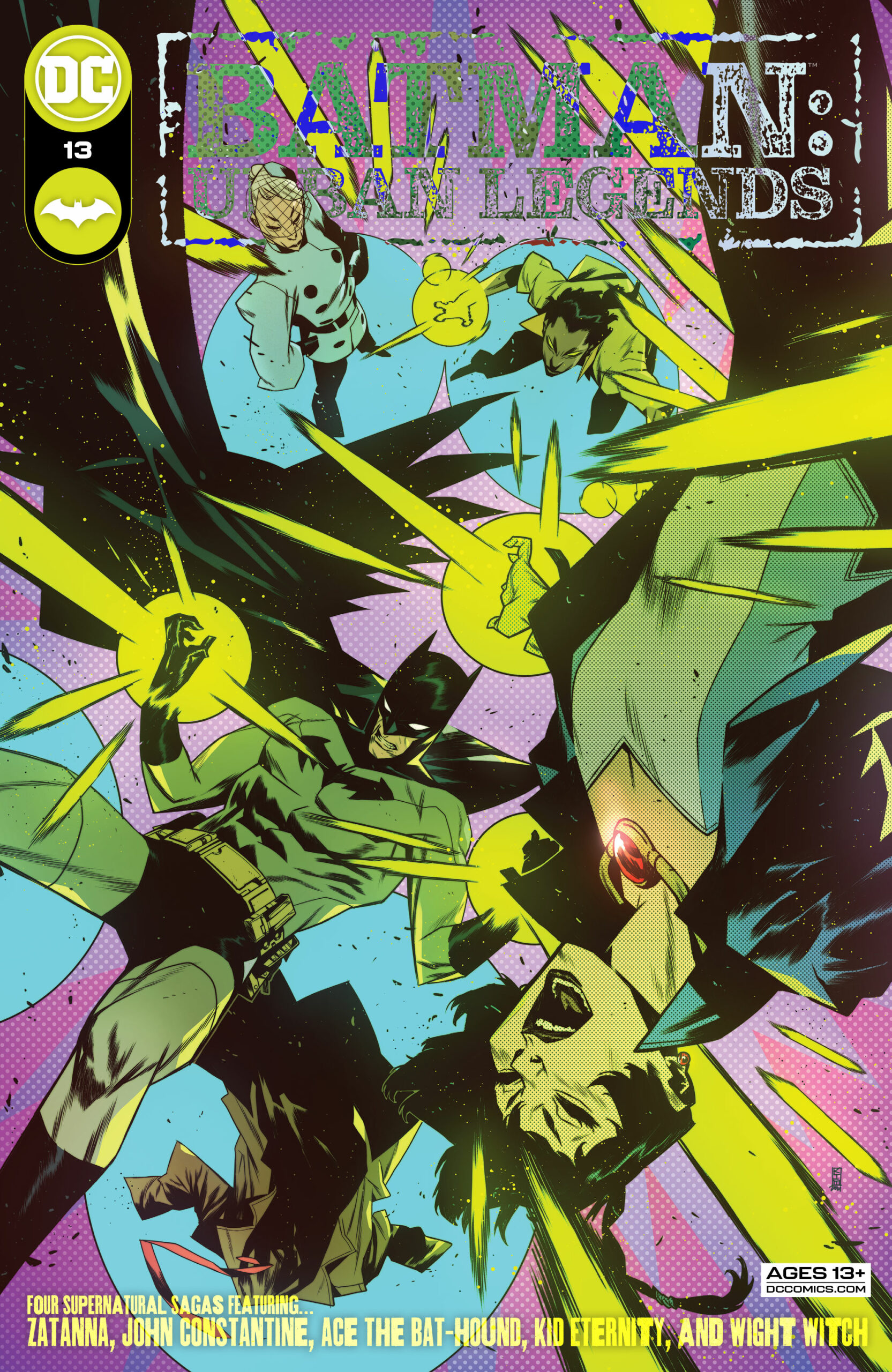 Batman: Urban Legends #13 brings us to the mid-points of the stories “Bound To Our Will”, and “Hounded”, and also satisfyingly closes “Stigma”, and “Eternity In Gotham”. This series continues to give readers adventures from some of the lesser-known Batfamily characters and showcases the work of both longstanding and fresh, new comics creative talents.

“Bound To Our Will” – Part Three

Man, I’m loving this story! Having Batman team up with Zatanna is always a joy, but adding John Constantine to the gang makes the mix an explosive one. Vita Ayala writes John brilliantly; he’s the annoying, cheeky, yet ultimately likable rogue we’ve known and loved for decades. The way he teases and flirts with Batman is hilarious, and his clear, deep connection and affection for Zatanna is palpable. This story is a great read, looks fantastic, and definitely deserves to be collected in book form.

Ram V and his creative colleagues have smashed it out of the park, yet again. Creating a three-part tale that stands up by itself, and also ties into Ram’s Catwoman and “Future State” stories can’t have been easy, but he’s done it in style. I’m officially a fan of the Wight Witch and want to see more. I got Black Orchid vibes, from this story, not just because of Ananda RK and John Pearson’s stunning art, but because of the whole death and rebirth vibe of the character. This chapter may be over, but I definitely want to see more of this character, and from this stellar creative team.

The final chapter of the Kid Eternity story raises as many questions as it answers. While it was great seeing the character again this ending didn’t feel as conclusive as the one we received with “Stigma”, and, though I am keen to read more, this ending didn’t leave me craving it in the way the other story did either. Chris Freeman definitely deserves at least a mini-series, and I would like to see one by this creative team.

Batman: Urban Legends #13 closes with another great tale. Ace is a terrific character, and that’s just how he’s written and drawn. What we have is a beautiful tale of animals – characters that can’t speak – tied in with a vintage Batman in trouble classic. This story’s so well written and drawn that, once again, a collected edition with all six chapters is an absolute must.

Batman: Urban Legends is always one of the most satisfying reads on my pull-list. A variety of characters, stories, and art styles, all in one tidy little package. I love a good anthology, and this series is consistently one of the very best.

Review: Justice League Vs The Legion Of Super-Heroes #2