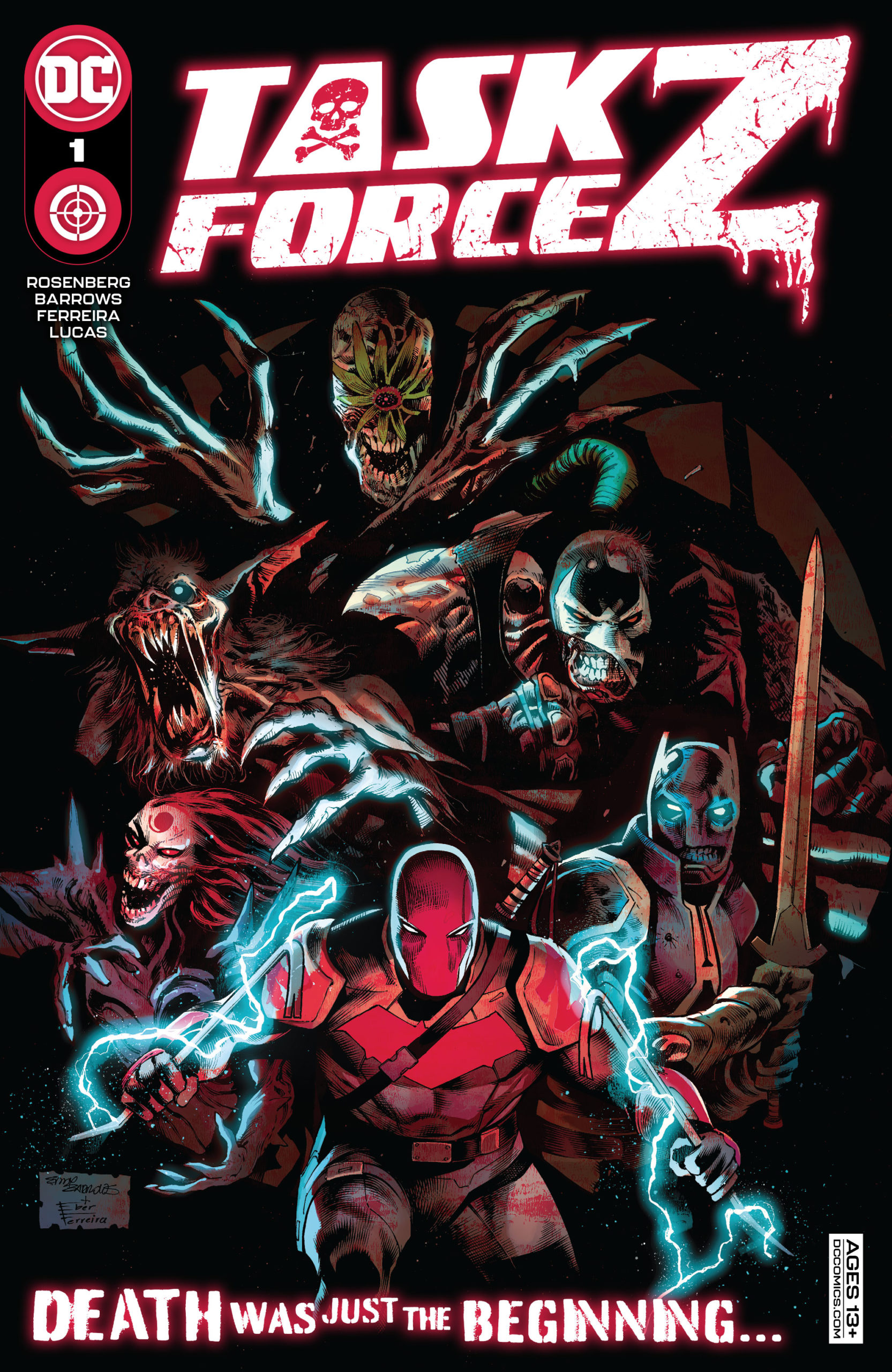 Are you a Gotham-based villain? Are you currently looking for work? Are you Dead? If you said yes to any of the above then you’re a perfect candidate for Task Force Z #1!

Comic book death is a revolving door, you as readers know this. You can be brought back as a clone/robot, you can claim you never died, or you can be brought back to death in DC’s favorite bubble bath… The Lazarus Pit, to name but a few! This title takes all of those and brings them to the future… or more accurately the “Future State”. For those of you who read Future State: Robin Eternal; you should know about a thing called Lazarus resin. Well, that new mystery substance has shown up again, and it explains why a bunch of dead villains are walking the beat once again.

Red Hood leads a team of resurrected Bane, Man-bat, Arkham Knight, and Mr. Bloom and it appears there’s a recruitment drive on, as they seem to be hunting the surviving rogues who managed to evade death on A-day (see Infinite Frontier #1). The real question is, why?!? Working for a new secret organization led from a voice in Jason’s ear there’s also a Doctor Shelley, whose name is an easter egg in reference to the author of Frankenstein, a nice little nod to the horror/resurrection theme of this book.

This book provides a great start to the run, it leaves us, as readers, asking a bunch of questions… and that’s not a bad thing. I love Jason Todd, and sadly I know that he’s always being thrown into painful and hard situations. He tries the best he can to achieve the greater good, by doing things Batman can’t, or won’t. The first issue of this book has me a little worried that poor Jason isn’t going to make it out ok. I guess we’ll have to read on and find out.

The tantalizing writing is perfect for the book, the art is great, a little dark (not in tone, but in color), and it’s a little difficult to see who’s who at points, but otherwise I’m onboard and very intrigued.

Task Force Z #1 delivers a solid start to what may have seemed to some to be a gimmick mini-series. I, for one, was pleasantly surprised by the issue and am very eager to see where the story goes next. From the covers I’ve seen released for future installments, it’s going to be a wild ride.