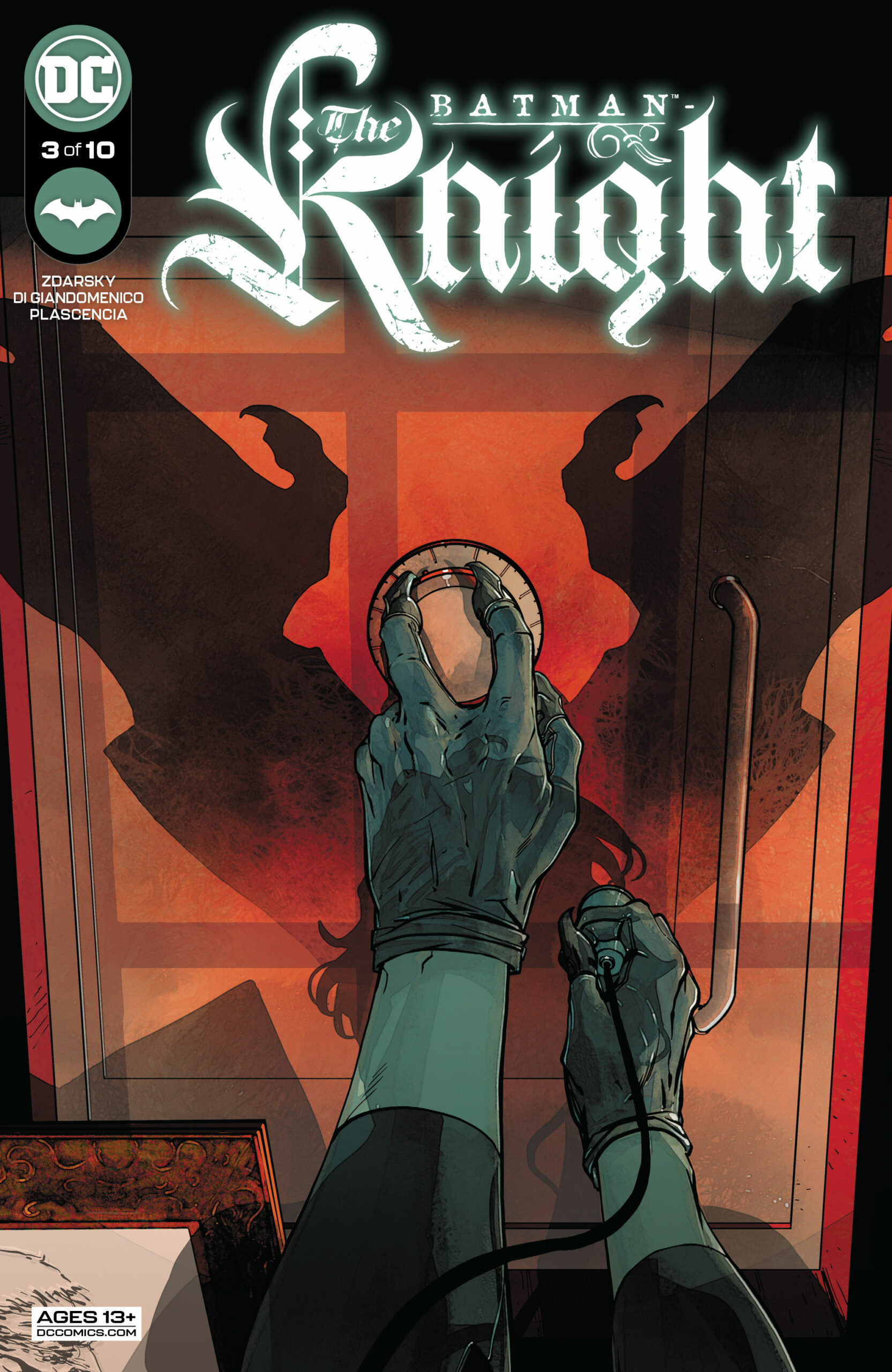 Batman: The Knight #3 continues the tale of Bruce Wayne’s training years. He’s left Gotham, is traveling the world, and has already learned many skills. Last month he met The Gray Shadow, a cat burglar who is teaching him about stealth, and the legendary Manhunter, Henri Ducard.

OK. We’re now a quarter of the way through this series, and I’m still just about liking it. Don’t get me wrong, this is a good comic, but nothing about it screams originality, nor truly grabs my attention. I know Chip Zdarsky is a good writer, as some of his work on Marvel’s Daredevil has been great (when it comes to comics characters I have “a type”).

Now that he’s been named as the new writer on the flagship Batman book, taking over from Joshua Williamson with issue #125, I can see part of the reason this book exists. Batman: The Knight is introducing characters and situations which will now form part of Batman’s history, and will undoubtedly come up in the main title in the months and years to come.

This is clever, and I get it. I also appreciate that, while Zdarsky’s creating a new history for the Dark Knight, he’s not contradicting or overwriting anything that’s come before. I hate it when writers do that, so I must tip my hat to Chip for honoring the past, while he charts the future of my all-time favorite comic character.

What I am loving is the visuals. Carmine Di Giandomenico is an artist who seems to be getting better and better with every new comic I see of his, and he was pretty darned good to start with. He’s great at giving us action, characterization, movement, and body language. Along with Ivan Plascencia’s gorgeous, subdued, and earthy color palette, and Pat Broseau’s always perfect lettering, what I’m seeing in this series has me a lot more interested than what I’m reading.

Batman: The Knight #3 is another good read, but I’m still waiting for a wow moment to grab me. While I appreciate a slow-burn story I still need a couple of hooks, lines, or pieces of character development to keep my interest from waning. I love looking into Batman’s past, as his training years have mostly been left unexplored, but three issues into a series, however, I would normally expect more bang for my buck, more revelations than repetition, and a story to match the lovely art.

I’ll keep reading, but this is one of very few Batman books to come out in recent years that I’m not really tempted to go out and purchase. If you’re enjoying it, great! If this series is one that brings Marvel fans who love Chip’s writing over to DC and Batman, then I’ll take that as a win! Personally, though, I still need convincing.