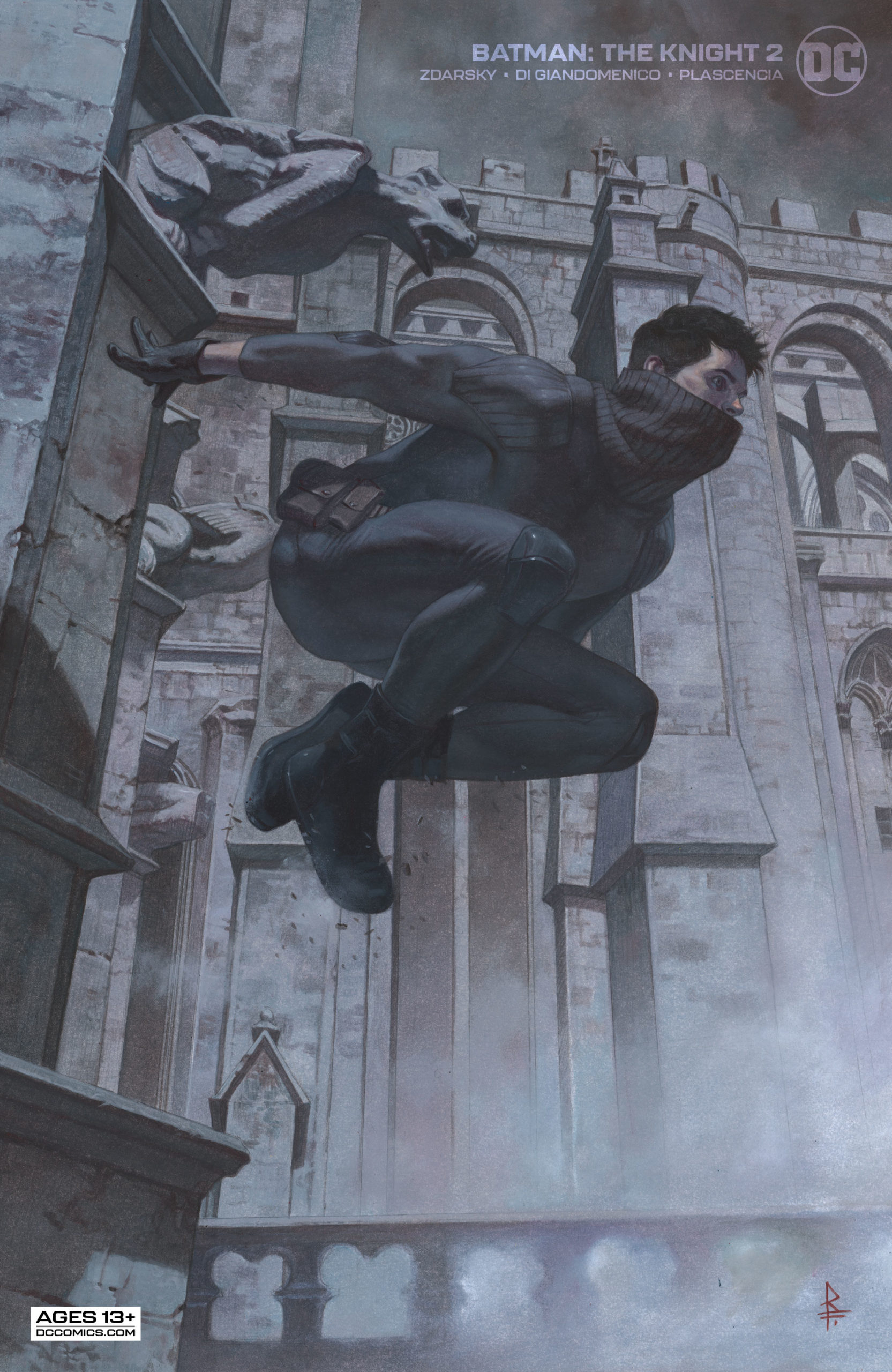 Batman: The Knight #2 shows us Bruce Wayne taking his first steps at understanding how and why criminals operate the way they do. On a trip to Paris, the young Batman-to-be encounters a capable and attractive female burglar and learns how to operate unseen at night.

This series is definitely fun to read and interesting, and with what we learn in this issue, Mr. Wayne definitely has a type. Of course, the fact that this chapter’s set in Paris means that an appearance from Batman’s French mentor, Henri Ducard, had to be on the cards. In this regard, writer Chip Zdarsky doesn’t disappoint.

It’s crazy to believe that Ducard has now been part of the Batman mythos since Detective Comics #599 (1989), so has been an essential aspect of Dark Knight history for over thirty years. His recent appearances in the brilliant Batman: The Detective, Christopher Nolan’s Batman Begins (kind of), and now in this series, clearly show that he’s still extremely popular with fans.

I love Zdarsky’s dialogue, characterization, and pacing. I always have. This issue is great to read and lovely to look at, but I’m still not convinced that Batman: The Knight is necessary. I said last month that I’ll always forgive a Batman early years story, as every new one will be someone’s first, but while this is a good read I’m still not getting anything new, groundbreaking, or earth-shattering. Granted, we still have 10 issues to go, and I may just be over-cynical, but I’m still wanting a real “A-Ha” moment.

While I like the character of The Gray Shadow, and her similarities to Selina Kyle are definitely interesting, I can already see her getting arrested, dying, or turning against Bruce. I know her story won’t end well because she’s not a figure in Batman’s present. Hell, I may be wrong; perhaps Chip Zdarsky will take over Batman from Joshua Williamson, or Detective Comics from Mariko Tamaki and “bring back” Bruce Wayne’s first criminal crush and mentor. If that’s the case, great! The thing is, I doubt it. I just know that she’ll be another lesson and stepping stone on Bruce’s path to becoming The Batman.

The Worlds Of The Batman

One thing I have to say is that the work in this series by Carmine Di Giandomenico, Ivan Plascencia, and Pat Brosseau is beautiful. While the plot isn’t setting my world on fire the visuals are absolutely first-rate. If comics art is something you love then this book is definitely worth picking up. Again, the characterization and conversations are brilliantly written, but I’m still not feeling the premise. The fact that March will see Tom King writing yet another early years tale (Batman: Killing Time) also has my “Flogging a dead horse” senses tingling.

Batman: The Knight #2 is a good comic. If you’re new to them or to the world of the Dark Knight then it’s definitely worth picking up. If you’ve been a Batman fan and/or reading comics for close to 50 years, then maybe something else would be more your speed.