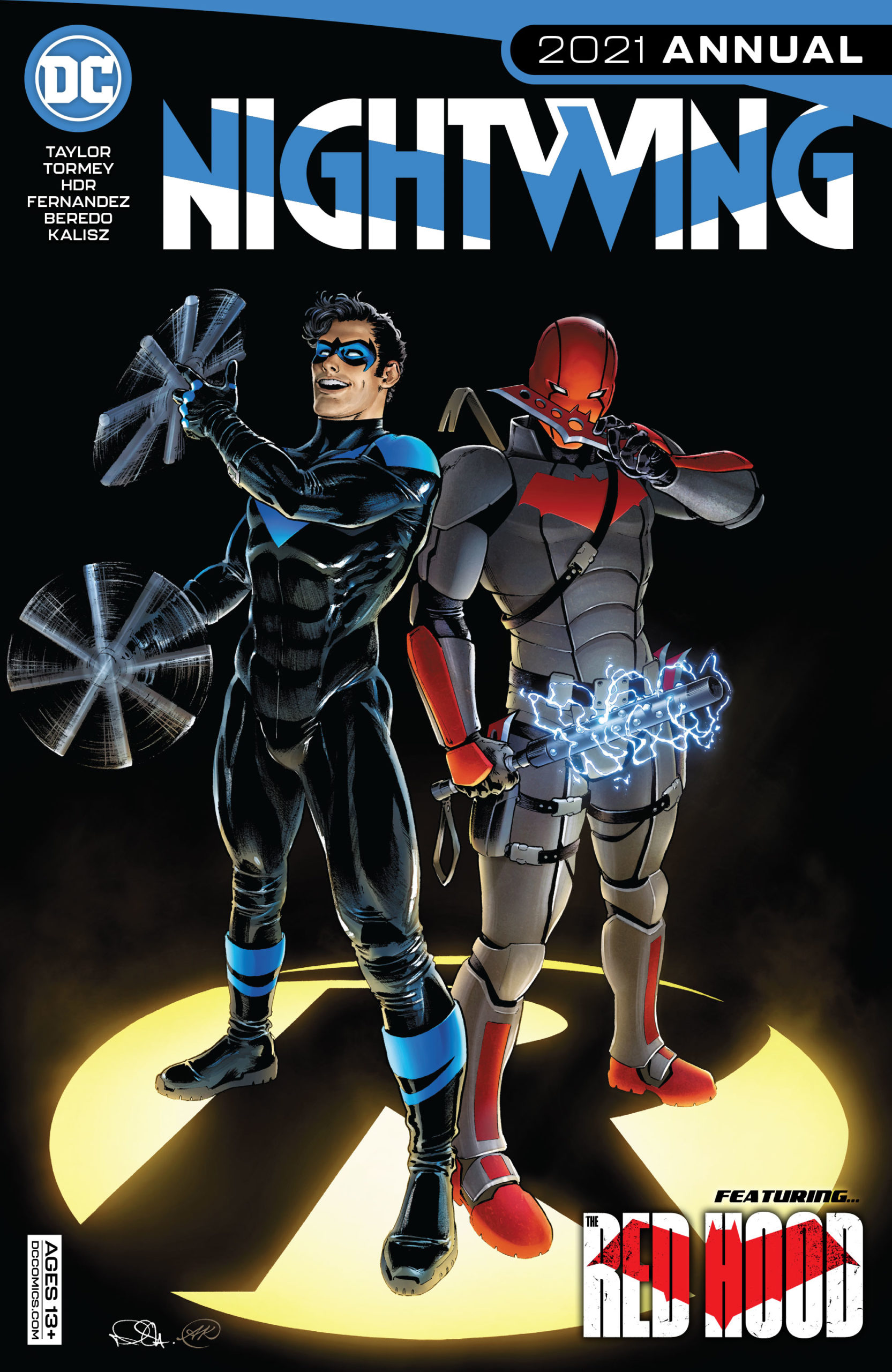 What a year 2021 has been, and continues to be, for Dick Grayson, and all of Batman’s crime-fighting family. We have a young Grayson telling the story of his formative years, in Jeff Lemire and Dustin Nguyen’s terrific Robin & Batman. All the former Teen Wonders have united in the pages of Robins, and Barbara Gordon will soon be leading Cassandra Cain and Stephanie Brown into new adventures in the pages of Batgirls. The current Nightwing run is currently enjoying a new Golden Age of its own, and in this year’s Nightwing Annual 2021 we get a brilliant tale of brothers-in-arms uniting as Dick Grayson and Jason Todd find themselves in muddy water.

A Tale of Two Timelines

This annual is awesome. We see the two men as they are now, and also get a new adventure from their past. We see Nightwing and Robin help each other in a crisis at Alfred’s behest (God, I miss him), see vintage costumes, classic villains, and read a tale that will delight old nostalgics, and modern action fans alike.

Tom Taylor’s grasp on Jason Todd in this issue is every bit as strong as it’s been on Dick, Barbara Gordon, and Tim Drake in the pages of the monthly book. We’ve frequently seen Jason portrayed as angry, reckless, and dangerous, and while we still see that here, rarely have we had a Jason Todd that’s all of those things, yet relatable, likable, and believable at the same time. Tom may hate me for saying this, but I think he should be heading up ongoing books about every Bat-Family member.

The fact that this book has two pencillers and three inkers would usually bug me, but Cian Tormey, Daniel HDR, and the always-excellent Raül Fernandez Fonts delivered a cohesive look and style which made the book feel as if it had all been handled by one artist. Every character looks great, the action’s top drawer and we get some great characterization too.

The colors by Rain Beredo and John Kalisz are also pitch-perfect. The fires feel hot, the lights shine brightly and day and night are clearly differentiated. Wes Abbott also delivers, with some terrific, understated effects as well as the pre-requisite sounds of violence, all handled with style.

We get the two oldest Bat-Sons working like real brothers would, fantastic guest appearances from Alfred and Babs, and a great Teen Titans cameo too. Every single creator gives us a Bat-Family that actually feels like one. This issue, alongside the ones I mentioned at the top of the review, and the wonderful WebToon Wayne Family Adventures strips are really ticking a ton of boxes. I’d love to be there when Dad finds out that the boys borrowed the car…

Sometimes specials can feel like filler, but this year’s Nightwing Annual 2021 was a joy. Highly recommended.