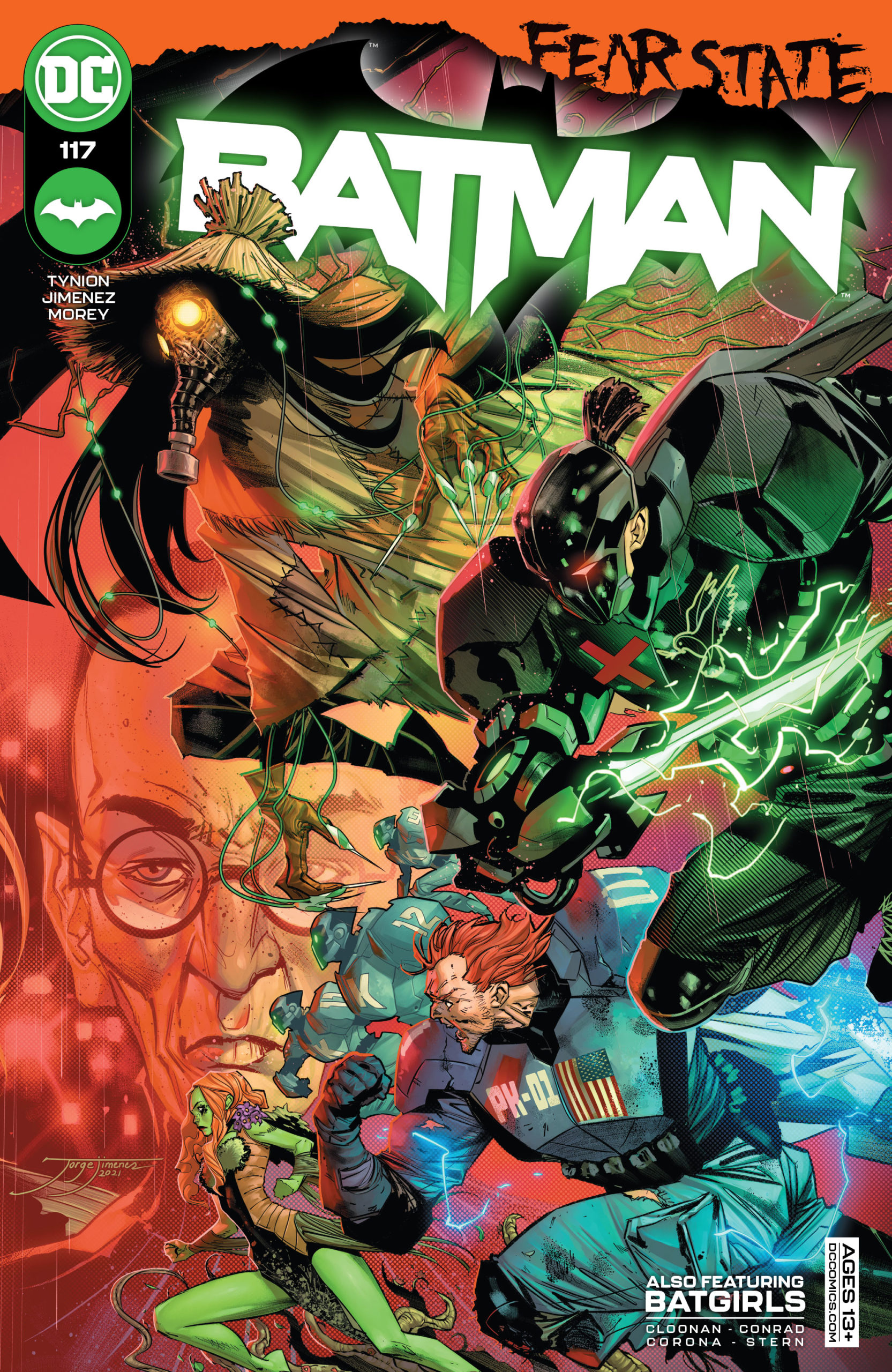 Batman #117 brings the “Fear State” saga to a close, in a satisfying and surprisingly emotional denouement. Although comics readers are conditioned to take it as read that good will always triumph over evil, the ending to this issue does provide a fist in the air/lump in the throat moment. Anybody that doesn’t engage in either of those behaviours must be made of stone!

With the penultimate issue setting up multiple strands of story driven conflict, this finale certainly had a lot of ground to cover. A testament to the storytelling talents of James Tynion IV is that, with in these pages, he brings everything together to a natural and satisfying conclusion without selling anybody short. The juggernaut that is the Batman title will continue on its trajectory as the flagship book for DC, but what comes next will have a lot to live up to as it follows a truly epic era. Multi-title crossovers can sometimes be a sprawling bog to wade through, but certainly not “Fear State”.

This issue delivers a heady mix of action, violence, emotion, triumph, and reconciliation. It runs a gamut of highs and lows, but all with a key element that had been a scarce commodity of late – hope. Hope for the future, for characters that seemed lost, for old relationships renewed, and most importantly, hope for the people of Gotham City. I won’t give away any kind of spoiler in this review, but the way in which the renewed optimism of the citizens of the city staves off a potentially diabolical act is heart-warming in extremis.

Family is a very prescient theme here too. Seeing the Bat-Family come together in times of crisis is always a treat. Whatever paths their individual adventures take them in, one can always count on them banding together when Gotham City needs it the most. This is the catalyst for a wonderful panel, expertly crafted by Jorge Jimenez. Seeing Nightwing, Batgirl, Batwoman, Robin et al standing in triumph, gazing up at a fully lit Bat-Signal, is a feast for the eyes, and one I would love to obtain as an oversized print.

Action junkies will find enough here to whet their appetites too, as Batman and Peacekeeper-01 have their final face off. For such an elite-level martial artist, Batman’s offensive strategy here is pure blunt force trauma. Haymaker punches rain down in quick succession, and the damage inflicted by them is graphically depicted. The fact that Batman is taken to the edge of his physical limit is tangible here, as an exhausted and battered Dark Knight is physically punished beyond measure.

We also get a close the 3 part Batgirls story. The effervescent, punchy style of the creative team is a lovely contrast to the heavier content of the main tale. It’s served a dual purpose of enhancing the story of “Fear State” but also for its own title, which is coming very soon. Cloonan and Conrad have really captured the authentic voices of the female protagonists, and every speech bubble contains dialogue that feels correct for these characters. I for one am very much looking forward to the Batgirls run and can’t wait to see what adventures these characters are taken on.

Batman #117 brings everything nicely to a well crafted close. The “Fear State” arc has been engrossing and exciting, dangerous and heartfelt. Gotham City has gone through the wringer yet again, and has come out the other side in a better place. The future is bright, the future is Batman!