“The Worst Of Both Worlds” 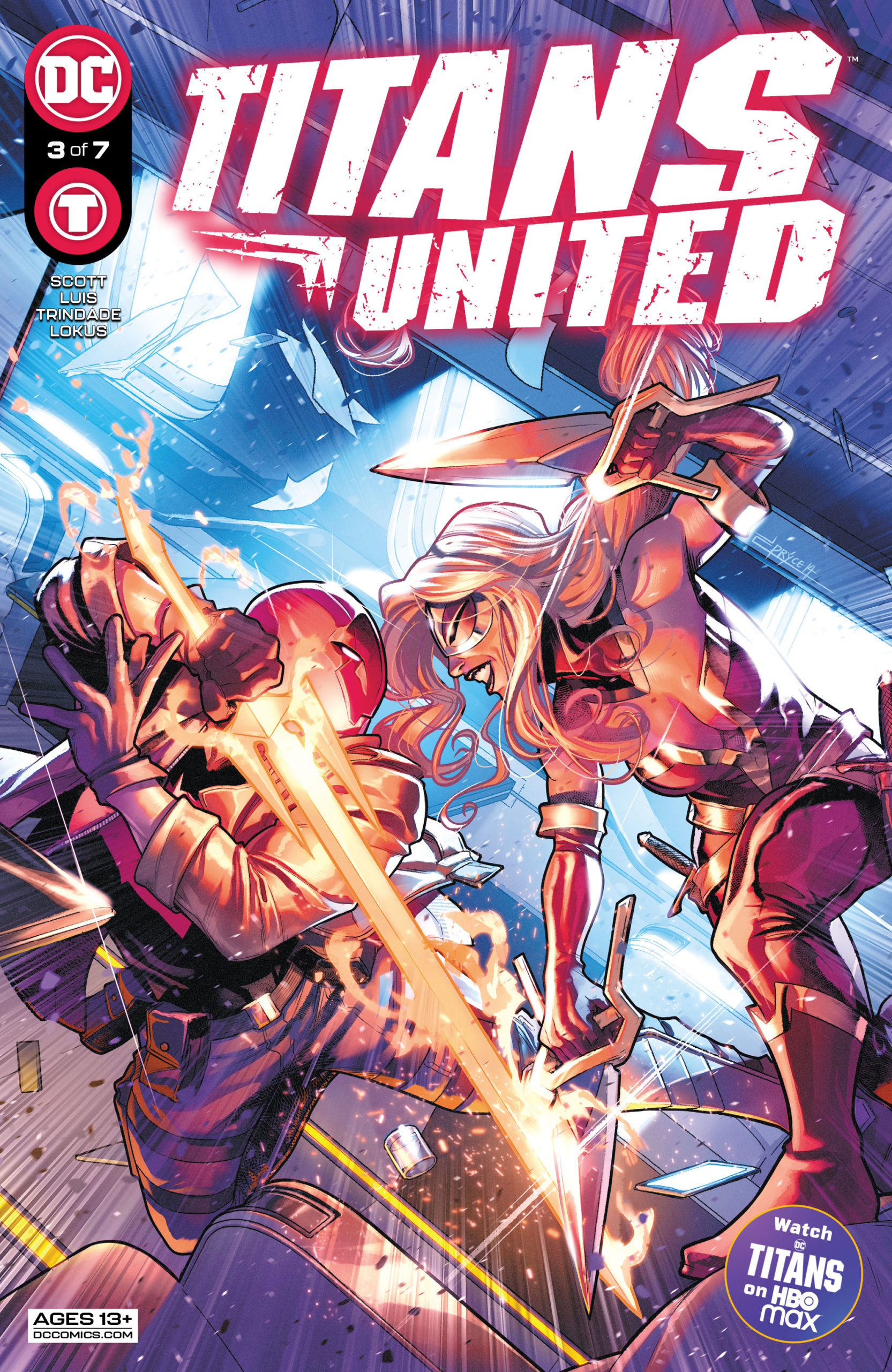 With Titans on HBO Max Season 3; now over, look no further than Titans United #3 as the next best way to get your fix of everybody’s favorite super team!

Every page in this issue is just trying to outdo the one before it, in levels of cool. We’re treated to some sublime art, there’s witty banter and some epic fights and stunts. When you’re looking for adrenaline-filled youngsters in capes kicking butts and taking names, look no further than this issue. Nightwing and Beast-boy are calling the shots from HQ, with a team of Raven, Donna Troy, and Red Hood out in the field, hot on the heels of possibly my favorite iteration of Lady Vic. Meanwhile, Superboy’s tied up in space at the mercy of Blackfire and her (if you read my last review I can now reveal) giant Robot Lion!

Superboy hasn’t been having the best of times in this series; losing fights and his powers and now being held at the mercy of Blackfire and her giant kitty. We feel sympathy for the boy of steel, but what is Starfire’s evil sister really up to, and what does it have to do with the sudden emergence of powers in people/villains on earth?

The rest of the team’s trying to follow the assassin Lady Vic as she attempts to flee the country. The Titans won’t let her mutant bodyguards, evil flight attendants, or the fact that she’s in a jet in mid-air, stop them from getting the job done!

This series has been getting better and better with each issue. The art this week was flawless and a treat to look at, and the witty dialogue between the team made me smile from ear to ear.

Titans United #3 is a great issue, with thrilling adventures and gripping scenes, and multiple plot threads that have me geeking out waiting for the next issue!