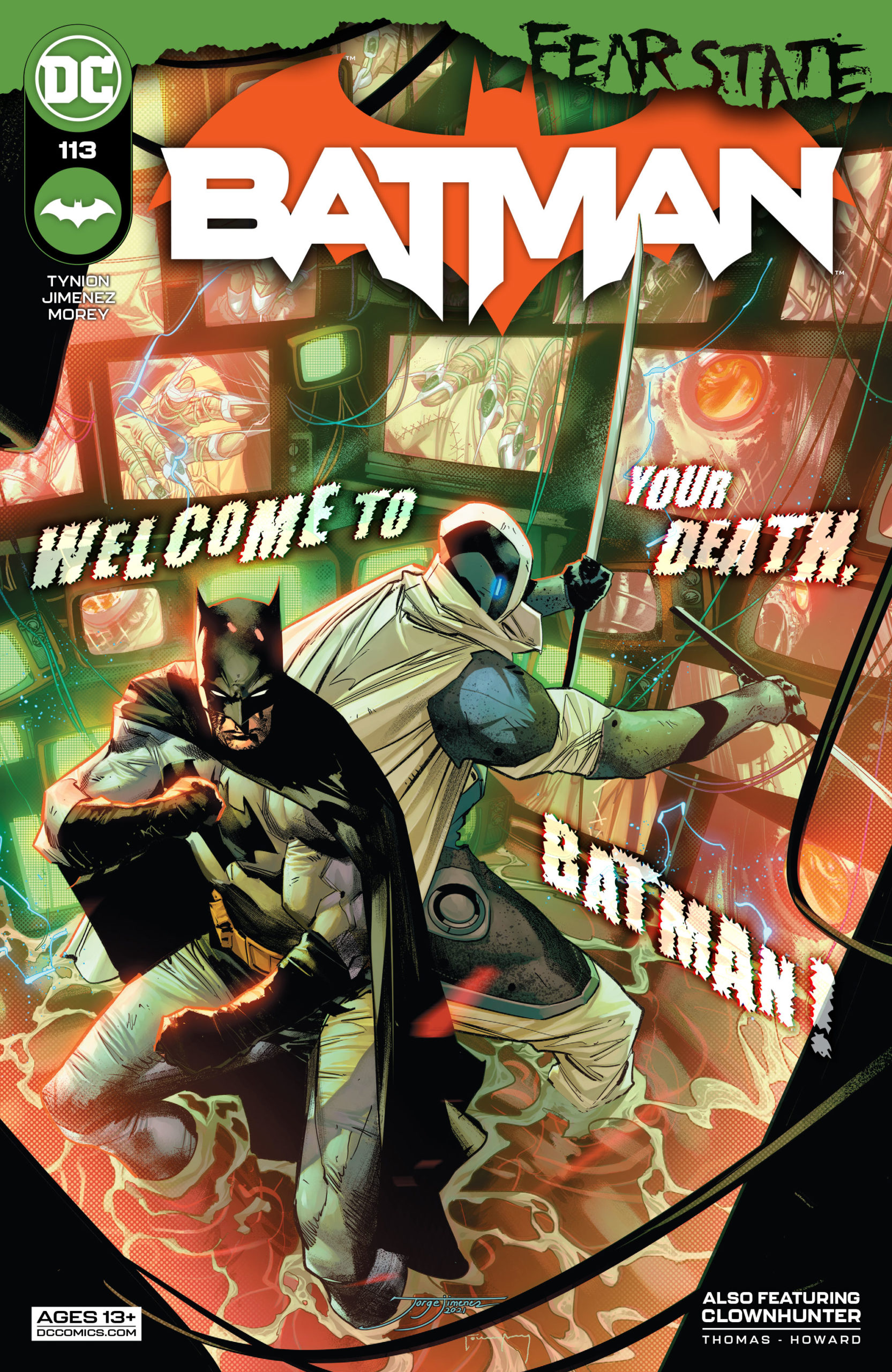 The best friends in life are those that will psychically enter your mind to help you purge away any traces of Scarecrow’s mind control. In Batman #113, we see exactly this, as James Tynion IV takes us on an odyssey through the mind of the Caped Crusader.

Following on from the events of issue #112, we find Batman resorting to innovative methods in an attempt to reset his mind. Long time Bat-fans know that he’s always the man with a plan, and this is high concept stuff indeed. Developed in collaboration with Cyborg, Mr. Wayne’s produced a version of short wave telepathy, utilizing custom-made VR headsets. It sounds over the top, but Tynion manages to avoid jumping the shark by virtue of the weight he adds to it.

What we get is a heady mixture of humor and emotion, titillation and revelation. There’s no merit in spoiling the proceedings here, but let’s just say that Ghost-Maker knows more about Scarecrow’s methodology than we may ever have previously considered.

Batman #113 is an interesting read, in that so much of this issue’s based within the mind of Bruce, so it takes on a somewhat abstract quality. This is no bad thing because, as always, the virtuoso that is Jorge Jimenez showcases all of his prodigious talents within these pages. Jimenez is an artist that can cover all the bases and more. Action, emotion, violence, iconic poses, dreamlike panels. You name it, he can do it. What’s more, all of that can be found right here within this one issue. 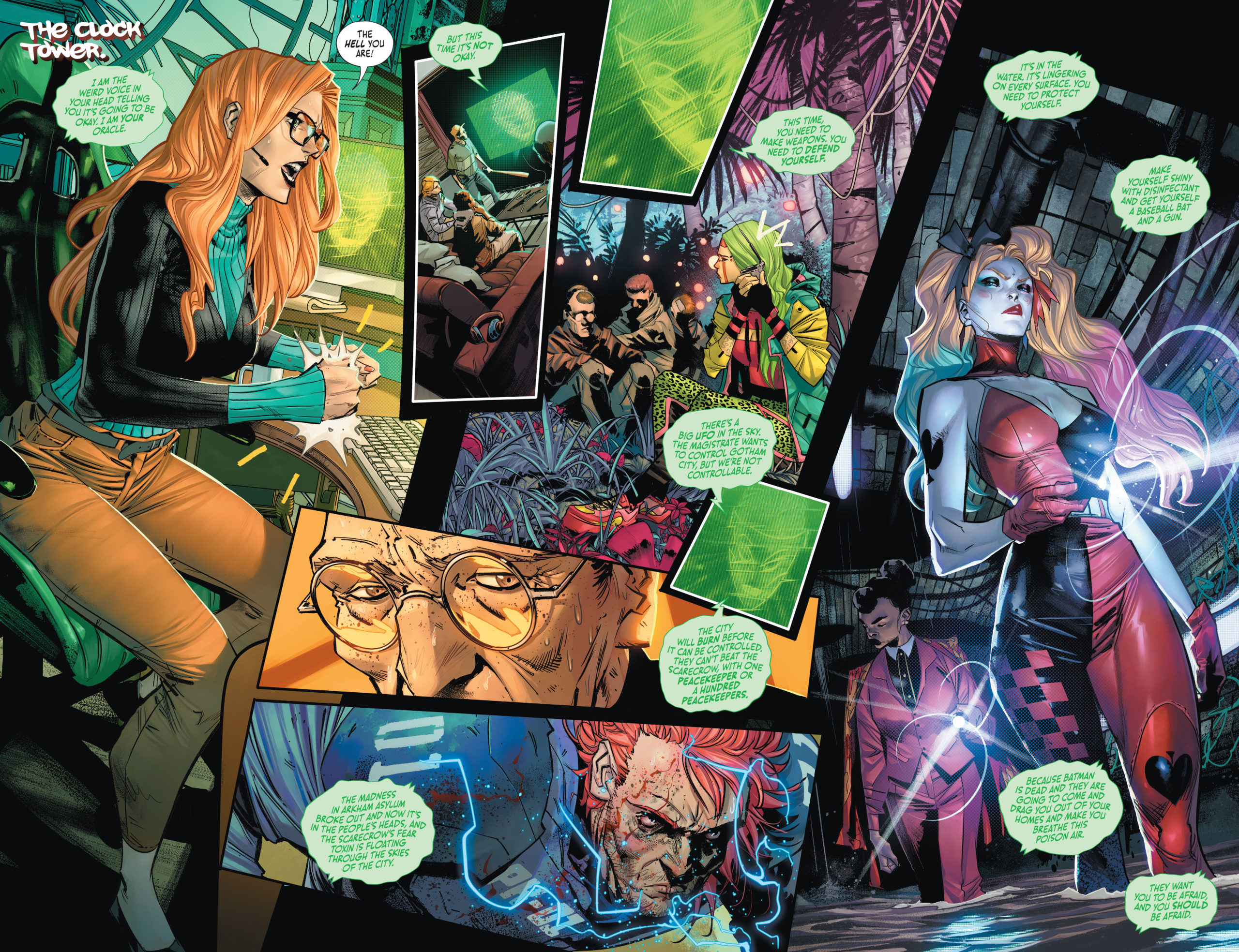 I’ve said it before, and I’ll say it again; Tynion & Jimenez work so well as a creative coupling, that they can be mentioned in the same breath as Snyder/Capullo or Johns/Frank. This might seem like too high praise to some, but not to me. They’re delivering top-tier content, issue after issue, and I hope that the coming years see them continue their working relationship, which will make the fans the real winners as a result.

The sense of time is a prevalent theme here too, as the inevitable march towards chaos in Gotham City quickens its pace. Our titular hero simply doesn’t ever seem to have sufficient time to get ahead of the game. Every step he takes seems to be a touch too late, which is usually not the case with Batman. We as readers know that he almost always gets the job done, but such is the planning of the unholy Scarecrow/Saint alliance, that there are never enough hours, minutes, and seconds available. Gripping stuff!

As always, there’s a short bonus story on offer, which here sees the continuation of Clownhunter and his abstract journey through the fear within. Beautifully realized storytelling by Brandon Thomas, it’s a more lightweight and jaunty run of pages than the main content, which makes for a nice juxtaposition, and helps to shine the spotlight on a relatively new character who has a lot of potential.

Batman #113 is a nice contrast to previous issues, as it’s Slightly slower-paced, but not to its detriment. It’s an issue with lots to digest and enjoy. As this arc continues over the next couple of months, we will no doubt get more bang for our buck, but this is perfect for right now, and this installment is certainly one that fans should really enjoy.