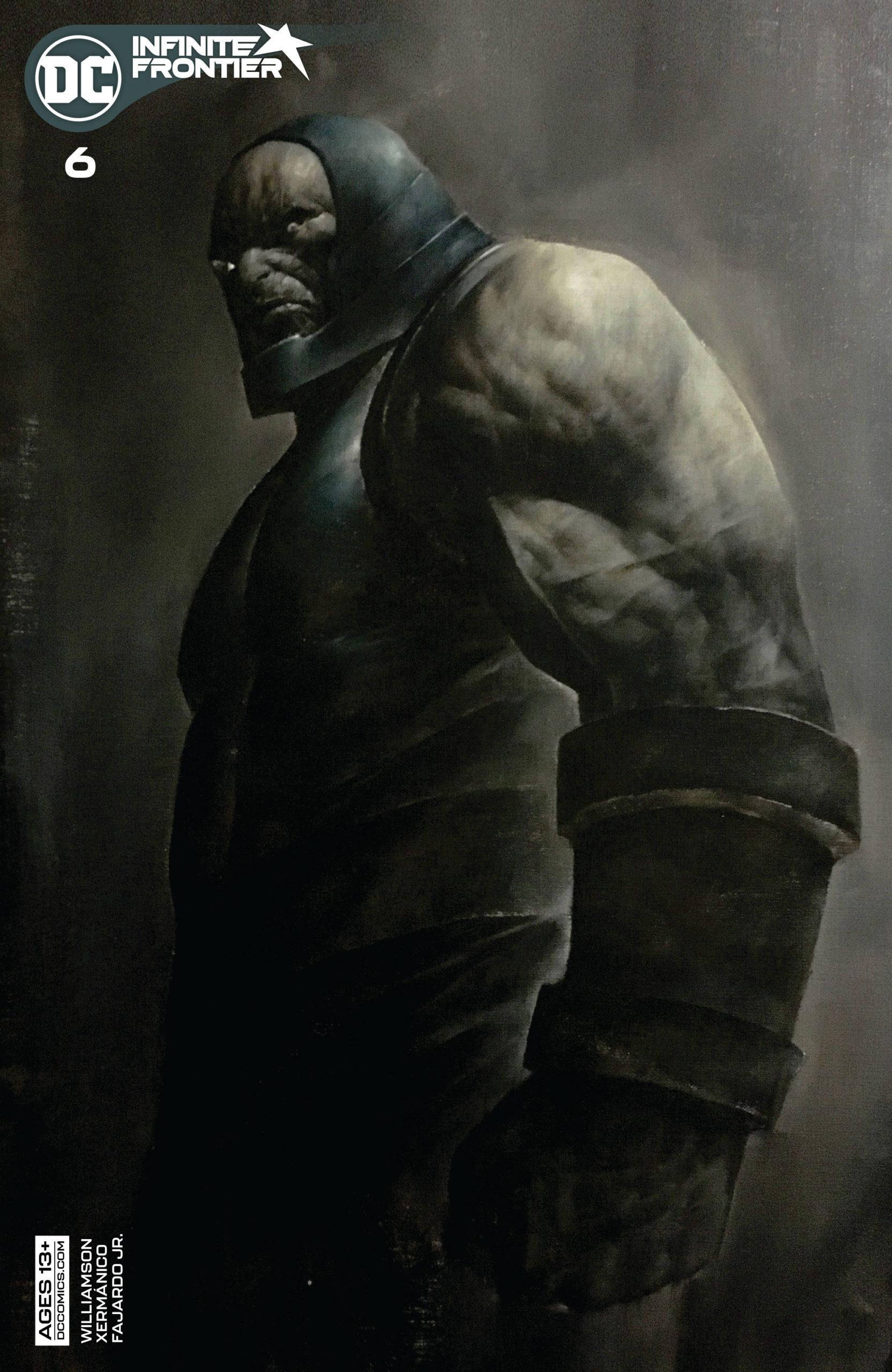 As the Justice Incarnate and the JSA square off against Injustice Incarnate on Earth-Omega in this week’s trailblazing Infinite Frontier #6, Darkseid takes center stage.

After six issues of scene-setting and evil machinations, the ruler of Apokolips finally makes his power play. Having recruited a band of villains and corrupted heroes, Darkseid has lured various heroes from across the Multiverse in an attempt to access secret energy that lies beyond its boundaries, and he plans on using Barry Allen and Roy Harper specifically to achieve his evil purposes.

A Level of Epic Awesomeness that Cannot be Conveyed Through Language

Infinite Frontier #6 confirmed what I already knew: Joshua Williamson has been given the keys to the proverbial Kingdom at DC. This issue concludes Act I in a three Act story that will lead to DC’s next Crisis event. Y’all – this one’s going to be a doozy!

The last nine pages of this issue are jaw-dropping, but I cannot stress how friggin cool Williamson’s setup is without divulging massive spoilers. So let me put it this way – DC wasn’t lying when they said that everything matters. EVERYTHING. Williamson is pulling together over 30 plus years of storytelling continuity and dumping into what looks like the beginnings of an insane epic. It’s going to be bananas. I cannot wait to see what happens next. 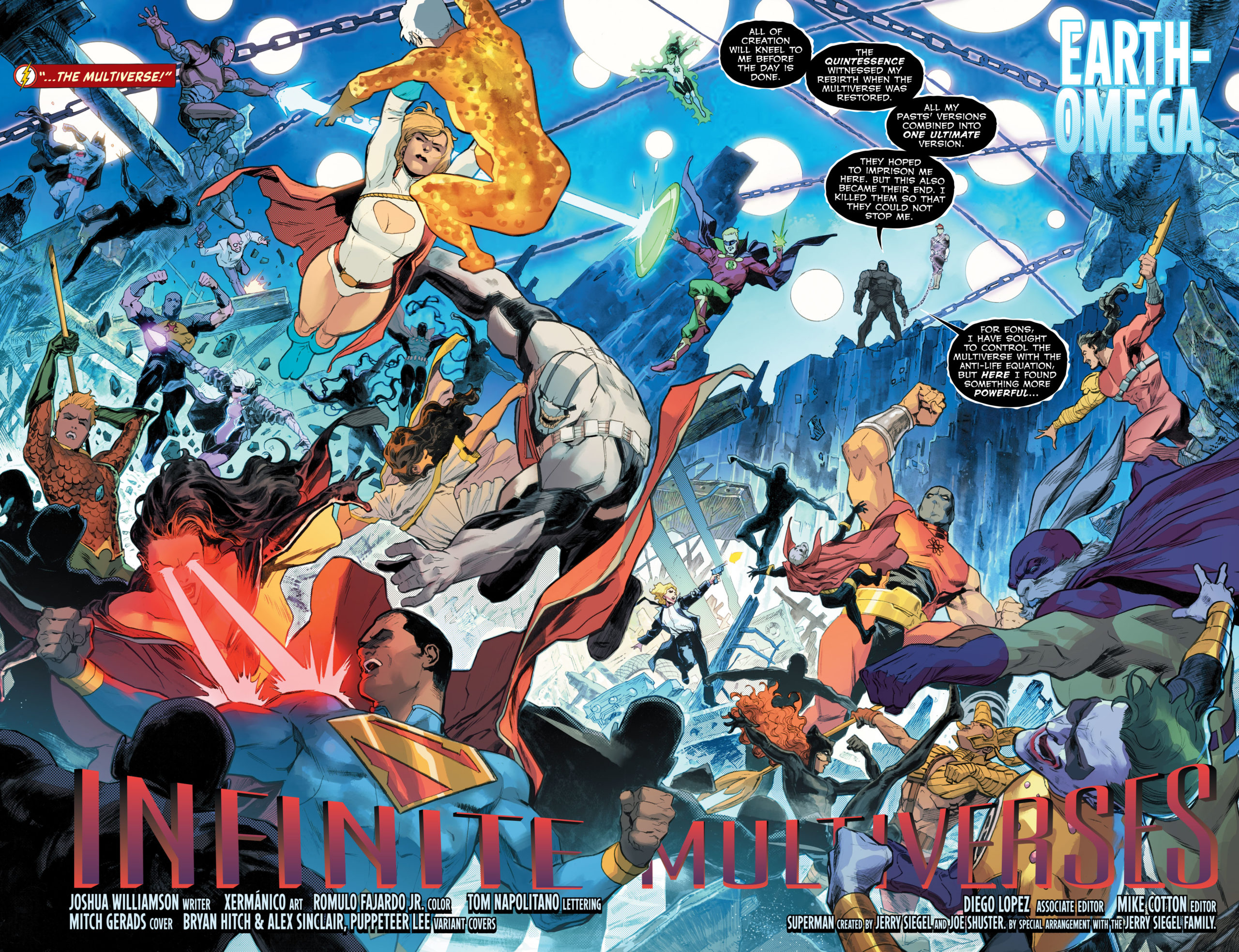 Yes, Xermanico is back! The artist returns to Infinite Frontier after sitting out the last issue, and – as per usual – he’s brought his A-game. There’s a lot going on in this combat-heavy issue, and the struggle between Justice Incarnate/JSA and Injustice and Incarnate is dynamic and reader-friendly. There’s a lot going on on each page, but Xermanico executes these panels in a way that truly compliments the reading experience. None of the characters felt short-changed, giving space to each hero as they punch their way through the conflict. I’ve always liked Xermanico’s work, but this issue feels like a cut above the rest. In short, this artist’s a beast.

The final pages of Infinite Frontier #6 had me practically jumping around at my desk while dropping a number of four-letter words. Williamson’s script is both satisfying and frustrating, as the end is not the end. Xermanico’s art absolutely blew me away, and I cannot wait to see what happens next in Williamson’s march towards another Crisis. The suspense is killing me.