Leslie Grace, the actress playing Batgirl in the new HBO Max movie, has teased some details for her character’s upcoming journey to prove her self-worth.

The original Bat-Girl (note the hyphen) Betty Kane, was introduced into the DC Universe in 1961, but it was in 1967 that Barbra Gordon put on the Batgirl suit and made the title her own. As the daughter of Batman’s closest ally, Commissioner Gordon, she’s proven herself to be incredibly smart and resourceful. Unfortunately, she’s also had her fair share of trauma, courtesy of Gotham City, which later leads to her adopting the Oracle persona.

Although the Batgirl movie has only just started production, it’s been in the works for many years, with multiple writers and directors. Even Joss Whedon was been involved in the project at one point, but he left in 2018. Christina Hodson, writer of Birds of Prey and The Flash has since been hired, as have the directors of Bad Boys For Life, Adil El Arbi, and Bilall Fallah. Finalizing the creative team really ramped up development, which then gave us the lovely Leslie Grace from In The Heights as Barbra Gordon/Batgirl.

In an interview with ET Online, Grace revealed some details about Batgirl’s upcoming adventure.

She’s someone who’s been underestimated by even her own dad and, being the youngest kid, sometimes you’re insulated from all of the tough stuff of life, and she’s so eager to prove to herself and to everybody else that there’re some things that she can handle. 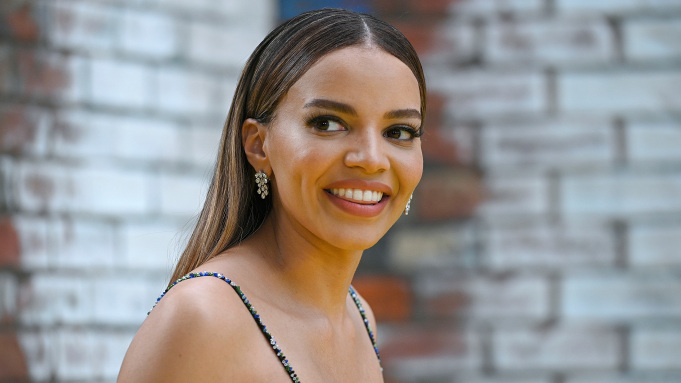 So, this journey is definitely going to show me a lot of that. I feel like I’m on an endless journey of proving to myself what barriers I can break, what limits I can break for myself. and I’m excited to put a little bit of that eagerness and drive and, like, almost a bit of stubbornness into Barbara’s character.

Grace has said that she’s been excited to play as Gordon since the very beginning. She’s also stated that fellow DC actresses Margot Robbie and Jurnee Smollet are also looking forward to seeing her version of Batgirl. This level of excitement from those already well aquatinted with the DCEU is always a very good sign.

From how Grace spoke about Gordon, it looks like the Batgirl movie could be an origin story, telling viewers when and how she finally joined the Bat-Family. In the comics, she put a lot of time and effort into proving herself to Batman and her father, which strikes parallels with what the actress said in her interview.

This may also mean that we could get to see some of her own villains stepping onto the big screen, like Firefly, Velvet Tiger, and Blacksun, who are all rumored to be in the movie. Don’t expect to see the Joker just yet, though.

Images may Be Subject To Copyright