Suicide Squad writer Robbie Thompson sat for an interview with CBR.com to discuss his work with Task Force X including his reason for adding Ambush Bug to the active roster!

He loves that dude!

My brother introduced him to me when we were kids. I’ve always been a fan. Keith Giffen is one of the great storytellers in comics, and while he’s co-created so many incredible characters and told so many fantastic stories, my all-time favorite is Ambush Bug. 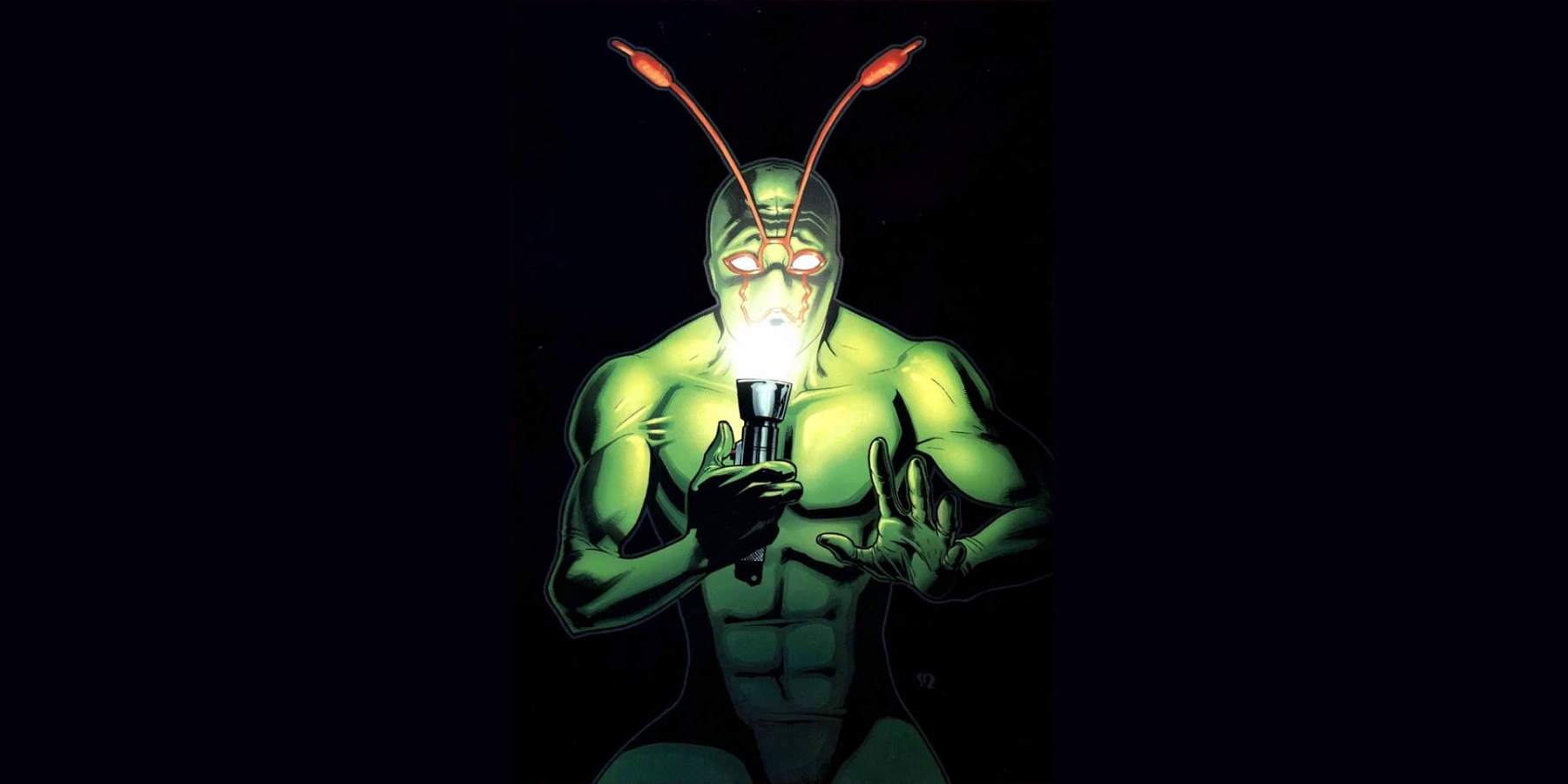 I love Bug’s voice, his weirdness, and he brings a completely different energy to the book and a humor that I felt was needed. When we were building the team of characters for this book, Ambush Bug was top of my list. It’s a childhood dream come true to get to write for that maniac.

Nobody can top Mr. Giffen’s work, of course, but we hope we’re doing the character justice.

You don’t have to be crazy to work here, but…

Previous writers have used Ambush Bug as a source of comedic chaos, which fits the Suicide Squad’s present vibe perfectly. He’s a teleporter by trade, who also happens to be aware of his own functionality, and is capable of breaking the fourth wall and affecting stories on a metacognitive level. Something he did LONG before the existence of a certain Merc With A Mouth.

Really, what could possibly go wrong with the addition of Ambush Bug to the team? Lots of things probably, but at least it will be entertaining!