It’s been well over a year since we last saw Titans. The end of season two saw the team mostly united after defeating Deathstroke and Cadmus, unfortunately, there was a cost. Donna Troy was killed in the aftermath of the team’s final battle with Cadmus. Jason Todd left the group, driving off into the distance after the Amazons took Donna’s body back to Themyscira (with Raven [Rachel] accompanying her fallen friend). Titans season 3 picks up sometime after these events and while we have a good idea what this season will be about after HBO Max dropped the first three episodes on August 12th, there’s still plenty to come, hopefully with the answers to all our questions, and to raise new ones. 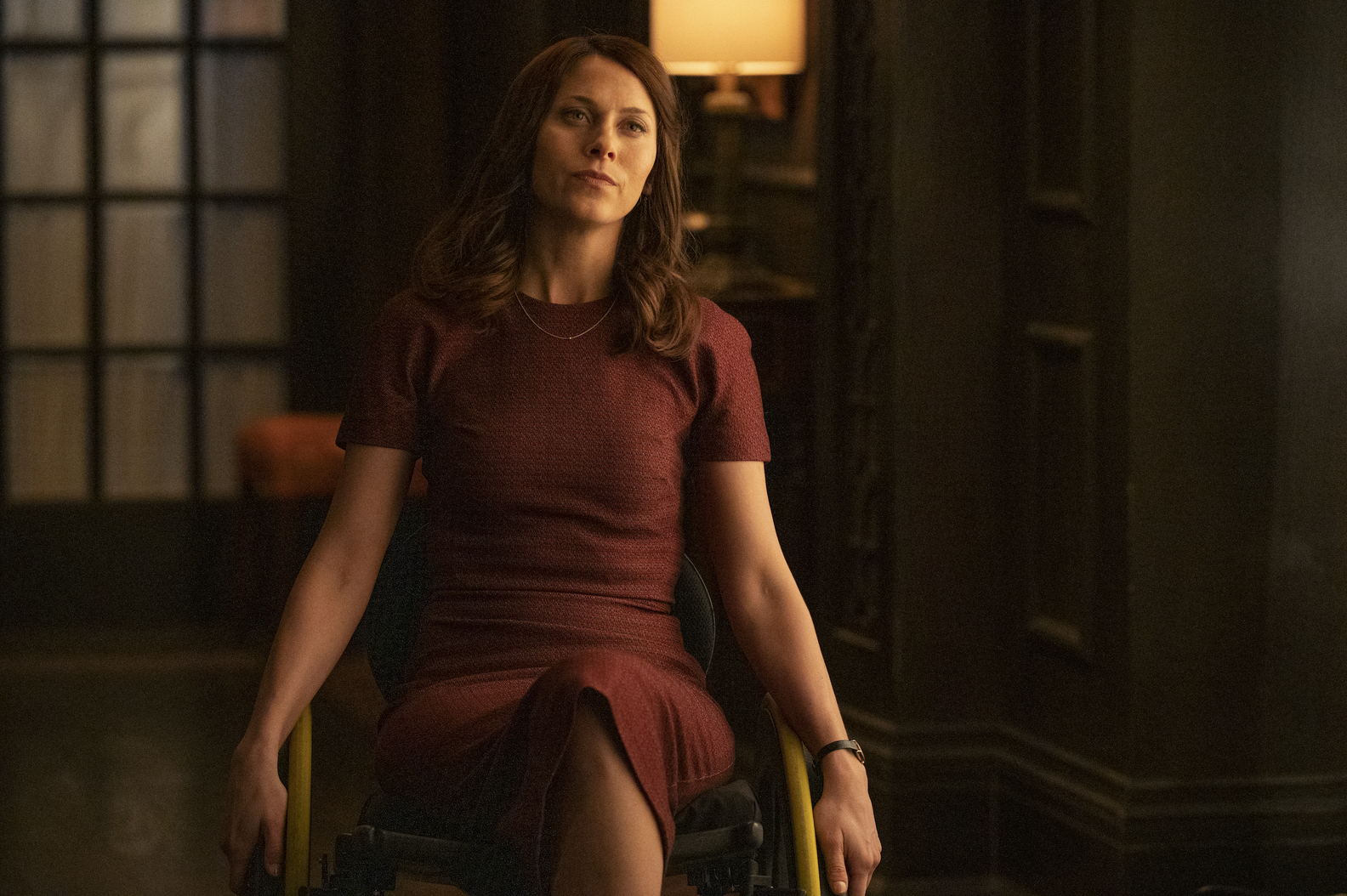 The Titans Season 3 premiere episode, Barbara Gordon, wastes no time setting up what this season will be about. Jason Todd, the current Robin, tracks the Joker at an abandoned amusement park. When he contacts Bruce Wayne, he’s told to stand down, as Bruce is in the air and it’s far too dangerous for Jason to deal with Joker alone. As we’ve learned with Titans’ Jason Todd, he isn’t one to listen. One thing leads to another and the infamous crowbar makes its appearance (though, the Joker is never clearly seen).

While the bulk of this episode deals with the ramifications of Jason’s death, there’s a brief scene of the Titans working together in San Francisco. It’s an odd sequence to have immediately after something so dark, but it’s nice to have this moment of positivity. The team is a well-oiled machine, consisting of Dick Grayson/Nightwing, Gar Logan, Conner/Superboy, Krypto, and Koriand’r/Starfire. They’re at Dayton Labs as the supervillain Gizmo attempts to steal a mysterious compound (later to be revealed as a bio-engineered strain of Ebola). Naturally, the Titans stop him and his goons fairly easily.

The rest of the episode primarily takes place in Gotham City, though there are some incredible heart-warming scenes between Starfire, Gar, and Superboy at Titans Tower. We also get a brief introduction to Tim Drake, the third Robin in the comics (and likely in Titans Season 3 at some point). The biggest addition to the show is Commissioner Gordon… that is Commissioner Barbara Gordon.

It’s clear out of the gate that Barbara has frayed relationships with both Dick and Bruce. Despite that, she agrees to talk to both. While the scene opens with the trio laughing over memories of Jason, it takes a quick hostile turn. One that ultimately leads to the shocking end to the episode.

There are a few subplots, though the only one worth mentioning is closely related to the main plot. When Dick returned to Gotham, he saw that Jason was studying chemistry, which the original boy wonder found odd. Dick refuses to leave Gotham until he can figure out what Jason was up to, which eventually leads to a warehouse that has a chemistry lab setup. It looks like there are remnants of whatever Jason inhaled before his encounter with Joker.

When Dick tests this substance at the Batcave, it comes up as an unknown compound. This, and the file of new potential Robins leads to an altercation between Dick and Bruce, with shocking consequences. 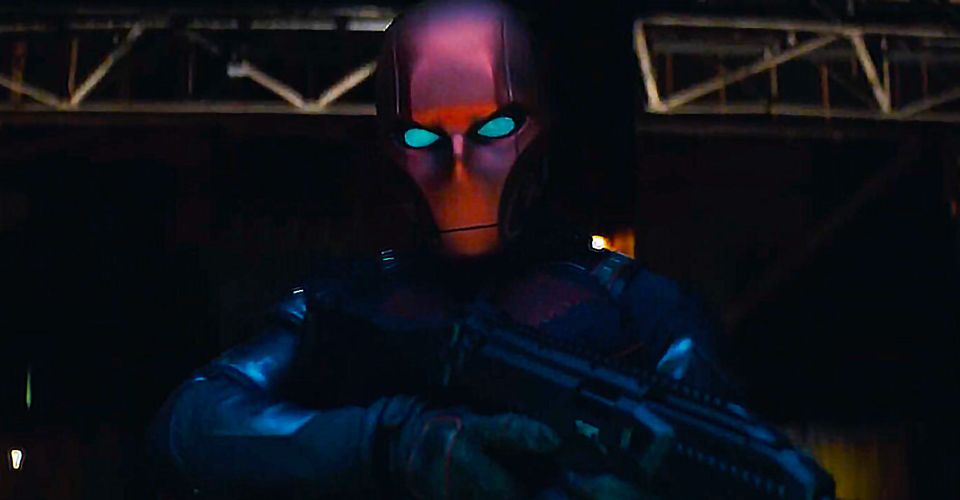 In the second episode of Titans Season 3, the series continues to not waste any time. If you’ve been following the show and have kept up with the reports, you’ll already know that Curran Waters would be stepping into the shoes of Red Hood. Near the end of the opening scene, the former Robin appears. I was a bit surprised that they got to him so quickly, but that wouldn’t be the last surprise the series would throw at viewers in this episode.

Just like the last time, we take a small break in Washington D.C. where we meet two police officers. One of them is Hank Hall/Hawk sporting one heck of a cop stache. After some quick banter back and forth, each responds to a call. Hank gets to the scene as Dawn Granger/Dove makes quick work of the criminal.

The rest of the episode stays in Gotham, dealing with the ramifications of the previous episode.

I, Richard D. Grayson, under no circumstances, not death, nor love, nor loneliness, will ever give comfort to fear.

Part of the ramifications is the new villain terrorizing Gotham. While the audience is in on Red Hood being behind it, GCPD and the Titans are in the dark. Their first hint at who could be behind these crimes comes from a bombing. A clearly distraught woman is caught on camera placing the backpack bomb but not before putting a red hood on. Something that becomes a regular occurrence throughout the episode.

The episode becomes an almost literal game of chess. Thanks to Scarecrow, who has been consulting for the GCPD in exchange for weed, Dick knows that this mysterious new supervillain is playing a game of chess. This leads to some great detective work with Dick and the rest of the Titans, however, there are some bumps in the road. The Titans lose the trust of Barbara Gordon when a bank heist, thought to be a group of parents forced into it, goes awry.  This loss of trust leads to preventing cops from walking into a trap, but Dick discovering the identity of the new supervillain—Red Hood.

But that’s not the only identity Dick discovers (the other big surprise in this episode). During the fight between Hood and Nightwing, the former’s mask breaks and it’s clear as day to the latter that it’s Jason Todd. While it feels a bit rushed to be at this point, Titans doesn’t miss a beat ensures every moment counts. 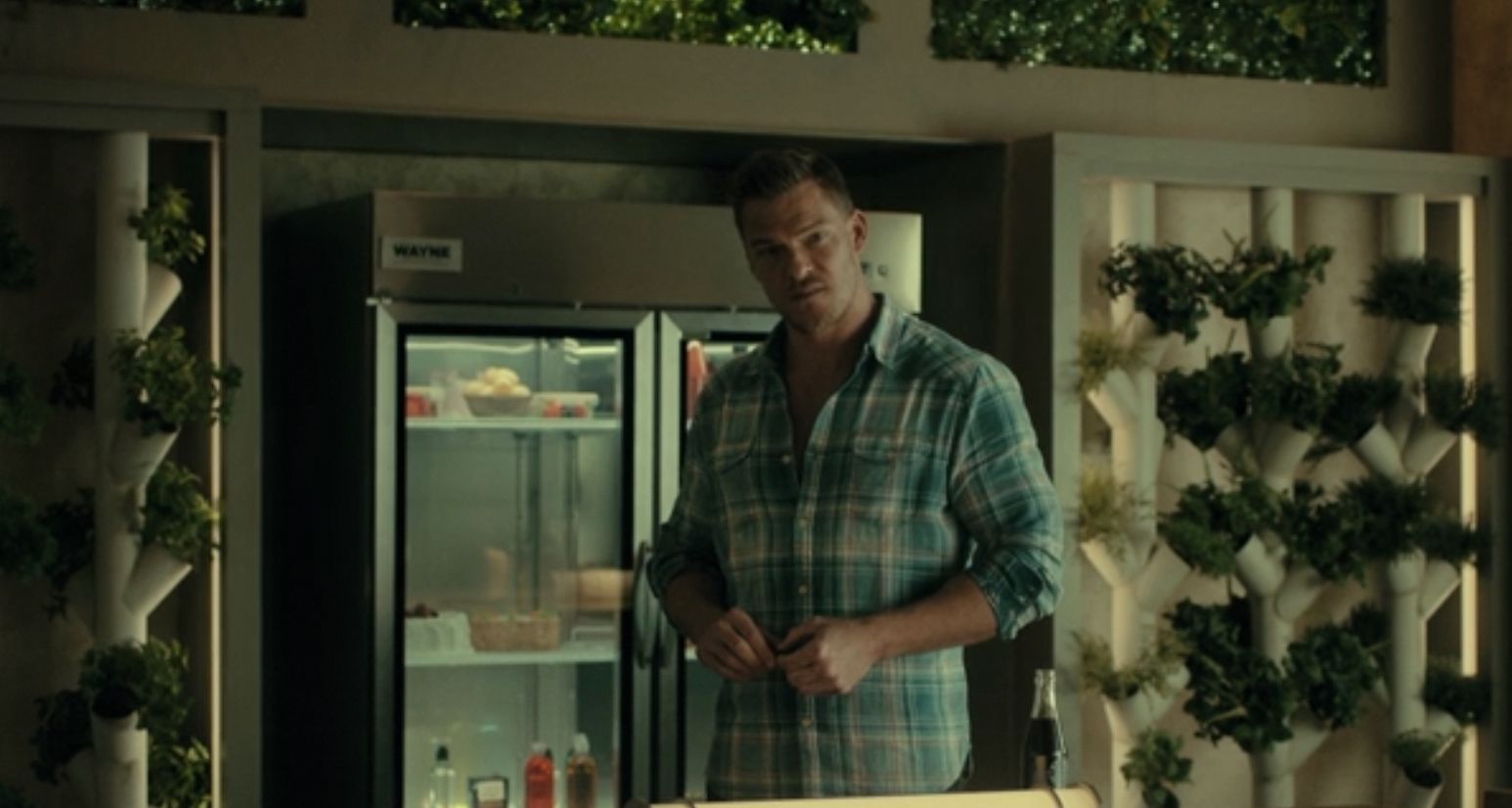 While I’ve spent a lot of time reviewing/recapping the previous two episodes, I’m going to take things in a different direction for the third episode of Titans Season 3. Simply put, this may be the series single most important episode to date and is certainly its best episode to date. This show is a Greg Berlanti joint, but it’s always felt a bit different than his other shows over in the Arrowverse. Part of that is its only connection is through the multiverse, but Titans has never really felt like it’s followed the Three-H rule: Heart, Humor, and Heroics.

The series as a whole has historically relied on heroics to tell its story. There was some humor and heart mixed in, but very little. Each increased in Season 2, but the heart always felt like it was third to everything else. Evening losing Donna didn’t have the emotional impact that it should have had. The good news is that this episode finds Titans’ heart. And if every moment in the series history was meant to lead to this episode, the journey is more than worth it.

Yes, this episode continues from the previous—the Titans now know that Jason Todd is still alive and he’s been terrorizing Gotham City. He’s playing a game with them, almost like he wants to hurt the Titans, or at the very least Dick. Hank & Dove does a really good job at showing how Jason is several steps ahead of every single member of the team.  As Red Hood, he’s become the biggest threat the Titans have ever faced and we’ve only had three episodes.

I’m such an idiot. I screwed everything up.

Big things happen in Titans’ third episode of the season. And for the first time, the show brought me to tears. And while it’s kind of obvious as to why, when thinking of the series as a whole, it’s a surprise. This episode had to do a lot of heavy lifting in the heart department to get you to care so deeply that the shocking end meant something. When the credits roll, both the team and the show are forever changed.

If you haven’t been watching Titans Season 3, you need to. A lot of shows start out high and get worse with age, but this show is like a fine wine. Titans hasn’t been better and for the first time since the series debuted, I’m seating on the edge of my seat waiting for the next episode.

The first three episodes of ‘Titans’ Season 3 are available now on HBO Max. Episode 4 will release August 19th, 2021 and new episodes will drop on the streamer every Thursday after.