How can people trust you when your entire life you’ve been hiding behind a mask? How can you even prove you are who you say you are, particularly when there’s another Batman out there? DC Comics will delve deeper into this mystery in the new Black Label series, Batman: The Imposter.

This October, Batman fans get a new and different look at Gotham’s guardian as he begins his war on crime in Batman: The Imposter, a three-issue Prestige format series from DC. The series will debut in print and on participating digital platforms (English-language version) on Tuesday, October 12, 2021. In addition, the series will be collected in a hardcover format, available February 22, 2021.

“As a lifelong Batman fan, putting my spin on Gotham City has been a dream come true,” said writer Mattson Tomlin. “Taking the question of ‘What if Batman was real?’ as far as narratively possible conjured incredible potential that hasn’t recently been explored in the comics. Batman: The Imposter treats Bruce Wayne and the people around him as tragically flawed and vividly real, with the obstacles Batman faces coming from a reality that closely mirrors our own.”

Bruce Wayne’s mission as the Batman has only been under way for a year or so, but he can tell he’s making a difference. Unfortunately, he’s made some powerful enemies. All the traditional power brokers of Gotham resent the disruption the Batman has brought to town…and it seems one of them has a plan to neutralize him. There’s a second Batman haunting Gotham’s rooftops and alleys – and this one has no qualms about murdering criminals, live and on tape.

With the entire might of the Gotham City Police Department and Gotham’s rich and powerful coming down on his head, Batman must find this imposter and somehow clear his name… but how can you prove your innocence from behind a mask?

“Having been a fan of his for years, working with Andrea Sorrentino is an absolute gift,” added Tomlin. “His vividly graphic art and truly genius layouts brought this story to new heights, and Jordie Bellaire’s astounding color work has truly spoiled me for my first outing with DC.”

“I’ve worked on Batman as a supporting character in a couple of books, but this was the very first time I had the chance to work on a Batman title, and it was amazing,” added artist Andrea Sorrentino. “I’ve been a huge fan of Batman ever since I was a kid and saw Tim Burton’s Batman movie in 1989, so having the chance to work with Mattson and Jordie on this take on the Caped Crusader was like an early Christmas present!” 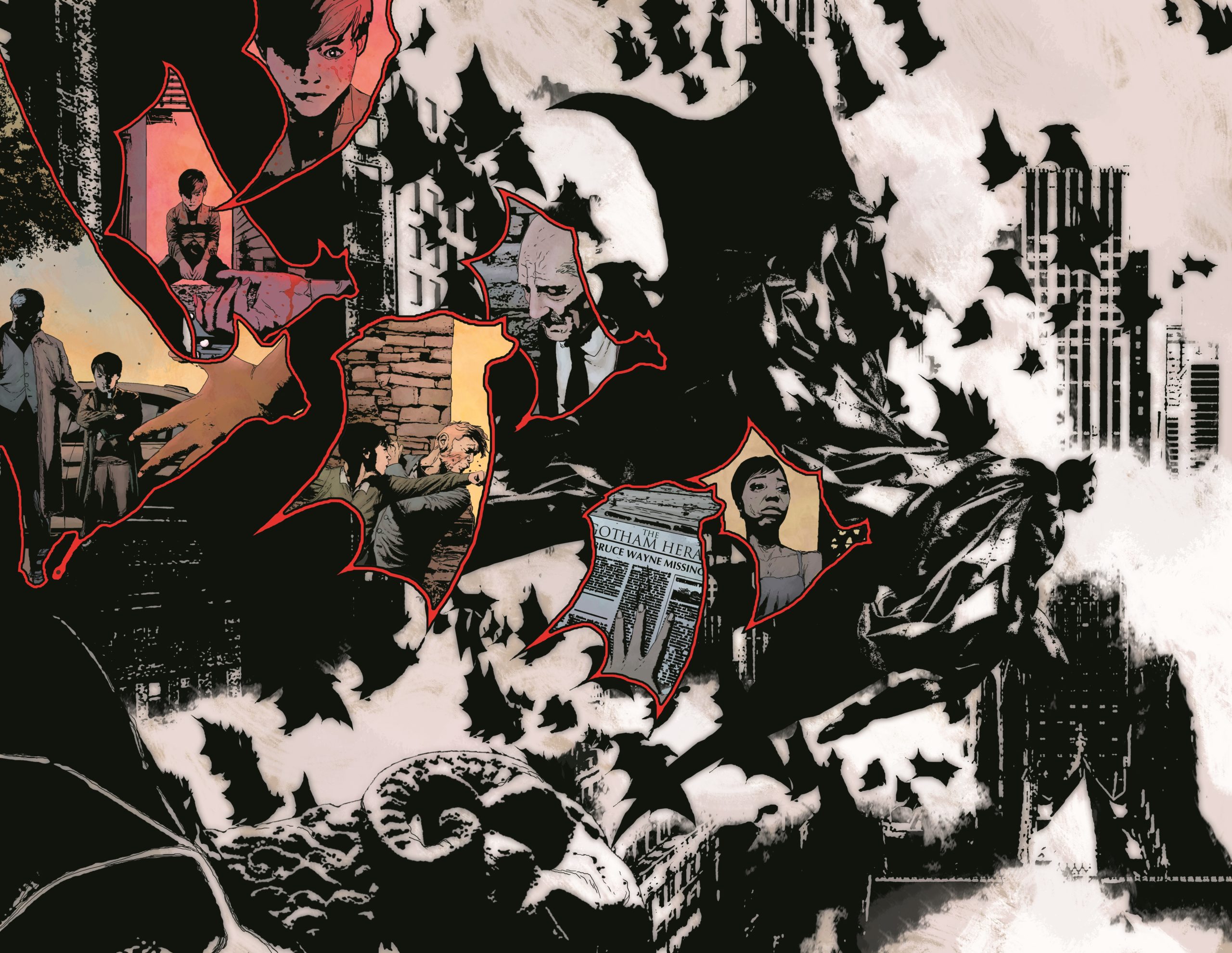 For the latest information on Batman: The Imposter, visit the DC website and follow @DCComics and @thedcnation on social media. The DC UNIVERSE INFINITE digital subscription service is your one-stop spot for a host of classic and memorable stories featuring Batman; for more information and to subscribe, check out the website at www.dcuniverseinfinite.com.