The new uniform will debut in the upcoming Batman event “Fear State” within the pages of Nightwing. Check out the multi-part cover art: 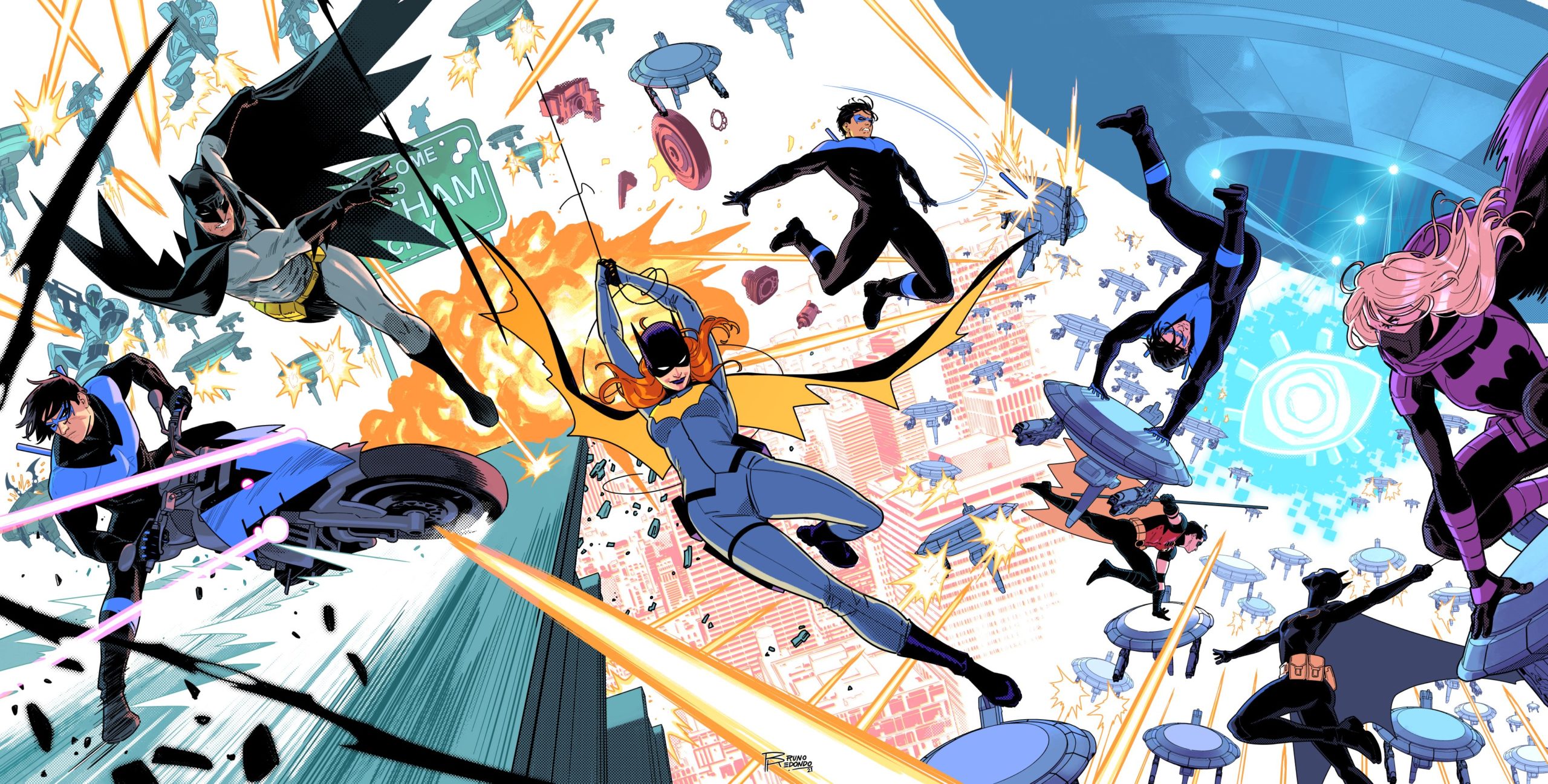 So, this is the triptych for the three parts event ‘Fear State’ in Nightwing issues 84-85-86. @TomTaylorMade @jesswchen @DCComics #Nightwing pic.twitter.com/isQxF7uQRI

Differences Between New Batgirl Suit and the Burnside Suit

Redondo has combined and/or upgraded Barbara Gordon’s famous Batgirl of Burnside suit. The purple, yellow, and black color scheme is similar to Burnside. However, the new suit’s missing the latches and zippers that gave that version a DIY-feeling. The new suit is more seamless, although it retains the jacket look for her top.

Another difference between this suit and the Burnside one is the eyes. The former featured famously big eye holes, so readers could see the majority of Babs’ face. Here, the eye slits resemble the white slits like Batman or Nightwing’s mask. 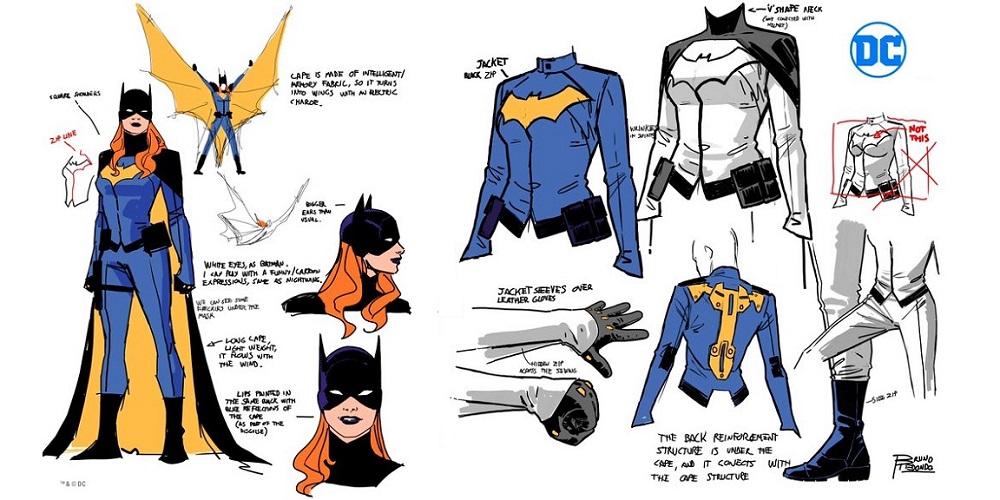 The other difference between the suits is that the new costume features far longer Bat-ears and cape than the Burnside outfit did.

There are a few features in the new costume that weren’t in the Burnside one. For example, Bab’s black lipstick. According to the notes that Redondo scribbled, the lipstick is part of the Bat-family disguise.

The new suit also has a high-tech spine brace for Bab’s. Recent issues of Batman, revealed that Barbara is able to walk again due to an experimental spinal implant, but she’s not able to do as much active crime-fighting for fear of over-stressing the implant’s capabilities. This new brace on her back seems to be help prevent overloading her the device.