A new Nightwing Fine Art Print by Sideshow is available for pre-order.

Harken back to the days before Blüdhaven was a nuclear wasteland with this dynamic Nightwing print. It was a time when Dick Grayson was flying high; he was the star of his own well-received series, he still had Kory and Babs on the line, and DC had yet to commence a constant stream of reboots.

Truly a simpler time. Lets look at the hype: 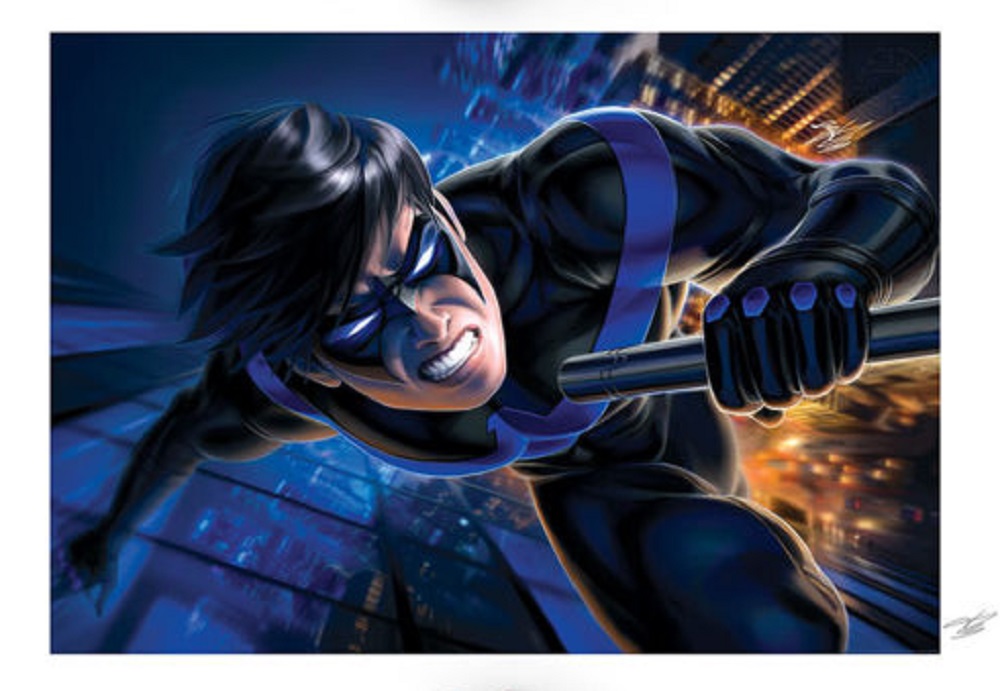 In this action-packed portrait, the acrobatic Dick Grayson takes to the skies over Blüdhaven, the base of his crimefighting operations. Nightwing has stepped out of Batman’s shadow, working to tackle corruption in the streets of New Jersey with his strength, dexterity, and battle-prowess. Running alongside the windowed exterior of a massive building, this flying Grayson is garbed in his modern black and blue costume, ready to get the drop on his unsuspecting targets.

Originally created as a variant cover for Nightwing #60, written by Dan Jurgens for DC Comics, this comic book art print is now available for collectors in a fine art format. Each Nightwing Fine Art Print features an authorized, automated artist signature and an embossed Seal of Authenticity as a part of the limited edition of 300 pieces. The Caped Crusader’s former protégé makes a perfect addition to any Batman art print collection. 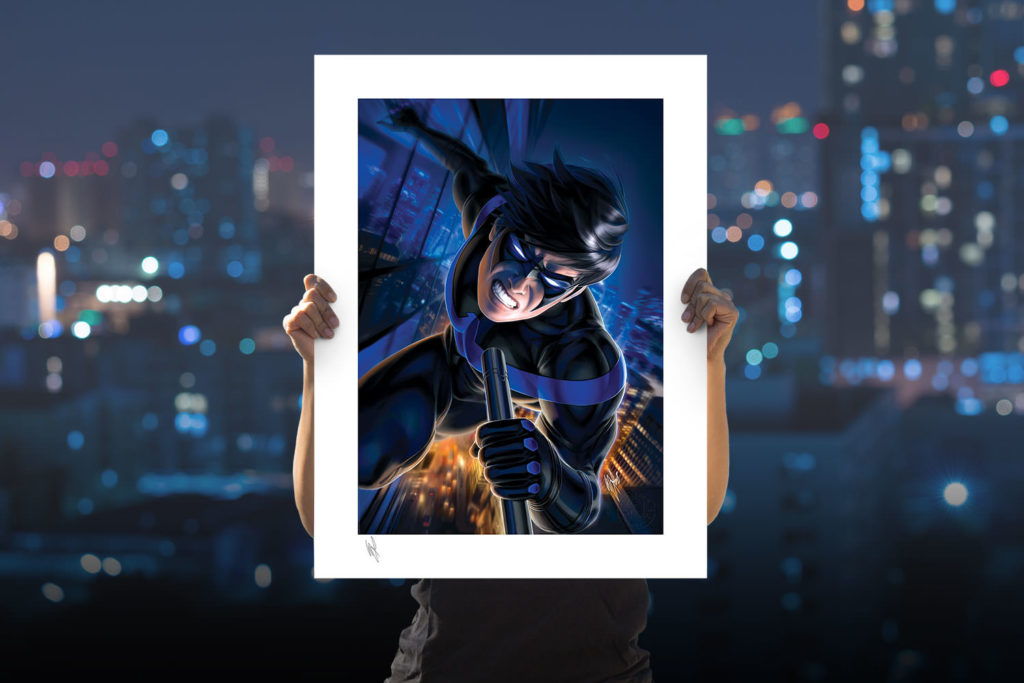 This Nightwing fine art print by Sideshow springs from the graceful fingers of artist Warren Louw, an emerging digital artist. Here are the details on him:

Warren Louw is a freelance illustrator and character designer. He is one of the most celebrated artists from South Africa who is self taught and works primarily in digital media. His ability to create images with meticulous detail and imagination has brought his illustration to various mobile games, publications, advertisements and websites across the globe. Well recognized for his mastery of his renditions of beautiful woman and a perfectionist in his digital illustrations, his work has been featured in print publications such as ImagineFX Magazine, various UDON Entertainment Capcom tribute art books, Ballistic Publishing’s Exotique, Photoshop Essentials, Masters of Anatomy, 21 Draw, as well as covers for UDON’s Darkstalkers and Street Fighter vs Darkstalker, DC Comic’s Power Girl and Harley Quinn Rebirth. He has also done conceptual work for Longship Armoury, Phoenix Age Gaming and Bandai Namco.

It’s a great print, and must for any fan of the original Robin, founding member of the Teen Titans, and probably the most prolific Don Juan of the DC Universe. The man, the myth, the legendary Dick Grayson!

Lets end with some exciting measurements and technical details: