After last issue’s bad habits, in Catwoman #30 , good ones are abundant. Bloody wounds are being treated, and the immediate threat to Selina’s ally is being handled. The alliances that have been struck are all feeling very tense, which brings real depth in character to Catwoman, and her gaggle of young thieves. At the same time, the allegiance of bad guys is called into question, and we really see what the run’s most enigmatic character is capable of.

This issue does wonderful things to build tension, and danger. It’s giving readers the information of what’s going wrong, and where we can expect our hero to go next. The quiet thoughtful planning is summed up so well with the Riddler’s presence, while Selina maintains all the power by being upright, and being the only brightly coloured character, in an otherwise drab warehouse. 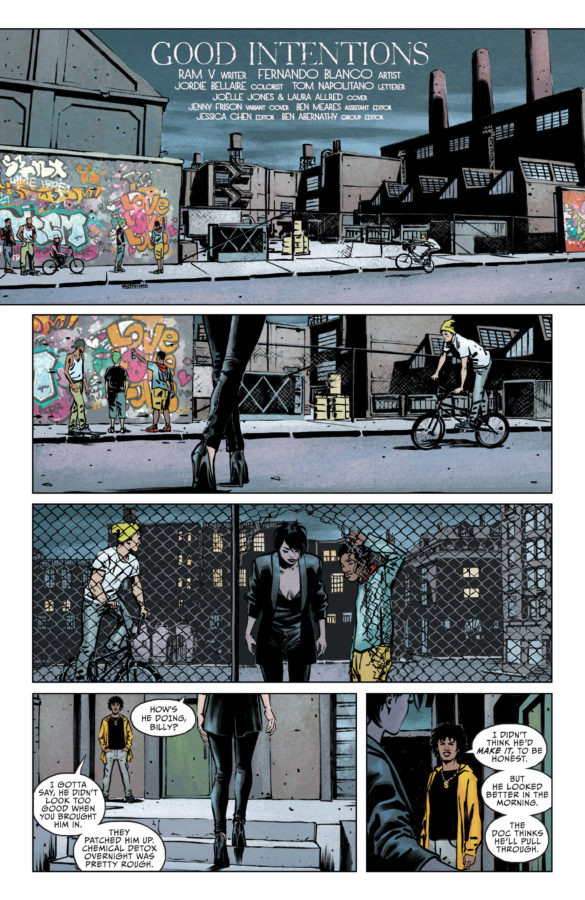 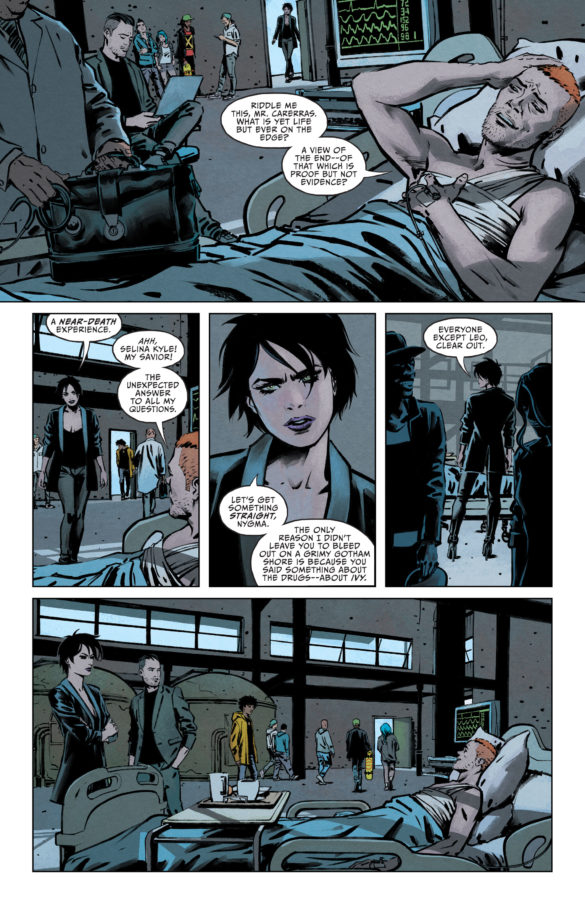 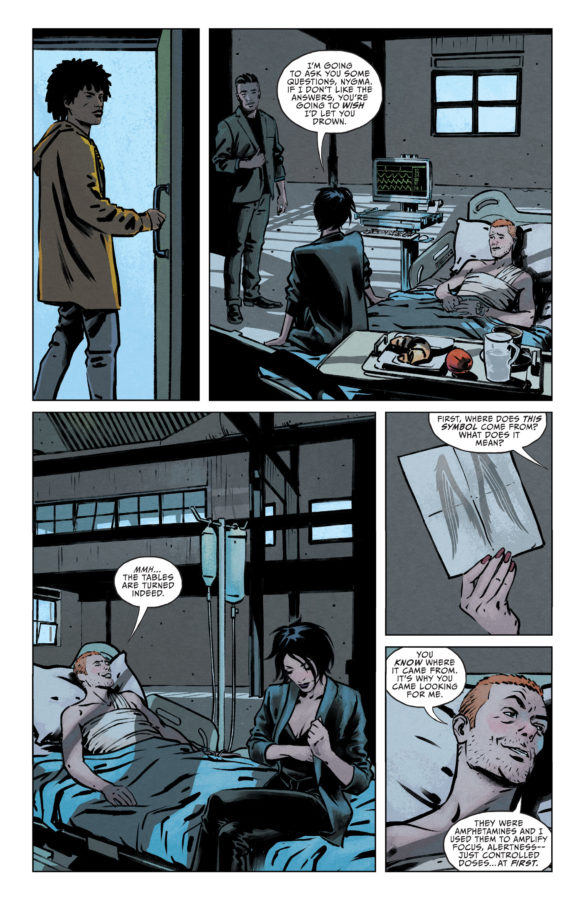 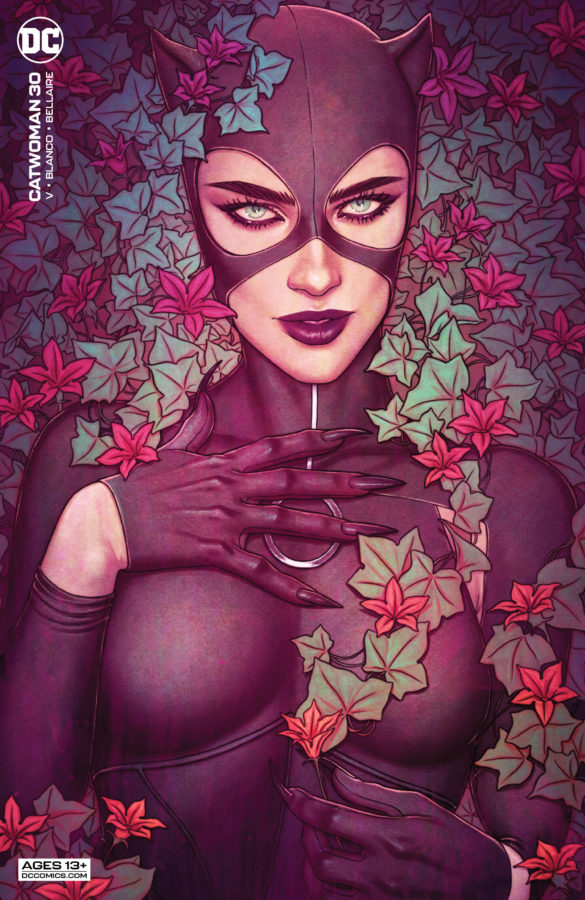 The only double page spread is given to Father Valley, the biblical killer. We see him in a point of high action, and it’s terrifying to consider this character’s skill and motivation. The two pages have amazing colour contrast of the red flashes of death, against the muted greys of the alley. It contrasts motion dominating the pages with the sudden flashes of bloody murder.

As the situations change in this issue, something that deeply bothers me swoops in to affect the course of the plot. It bothers me because it’s something I used in the early stages of my own fiction. When a previously unnamed character arrives with information that affects the plot. I’ll forgive it because the character still comes across as mysterious, and it leaves both the reader and Catwoman eager to understand more.

Elements keep getting added to the growing mystery, keeping the action high and the tension mounting. Catwoman #30 did wonders to make me feel as though the crossbow string is being pulled back. I can’t wait to see the arrows of action fly.