With the release of Zack Snyder’s Justice League, Warner Bros. is allegedly done with Zack Snyder, at least as far as DC films go. WarnerMedia CEO Ann Sarnoff has already confirmed that with ZSJL “comes the completion of his trilogy.” While that may be a pretty succinct statement coming from a reliable authority, it hasn’t stopped his fans. The #RestoretheSnyderVerse social media campaign is definitely in full effect. Seemingly in response to this, HBO Max released another trailer to promote ZSJL. However, it’s also name-checking “Zack Snyder’s Trilogy” trailer, stating once again that with ZSJL, his trilogy is complete.

In the massive promo clip, which clocks in at over four minutes, HBO Max uses footage from Man of Steel, Batman v Superman: Dawn of Justice, and ZSJL, to highlight the DC Trinity, and the journeys they’ve undergone. With this trailer, they’ve killed two birds with one stone as, not only is HBO Max advertising that these movies are on the streaming platform –  informing any casual fan that the whole story is available to stream – but they’re also confirming that this is “Zack Snyder’s Trilogy”, and it’s now complete.

To be fair, it’s a pretty great trailer. It does a good job conveying just how epic the storytelling in this universe is.

Considering the timing, I’m speculating that it’s also a response to the new #RestoretheSnyderVerse movement. I mean, there’s literally a frame with just text on a black screen confirming the completion of his trilogy. Not only is it very present, but it lingers for at least two seconds, so you have a chance to read it. They’re not trying to hide it subliminally, they’re telling you to your face.

I don’t think it gets clearer than that. 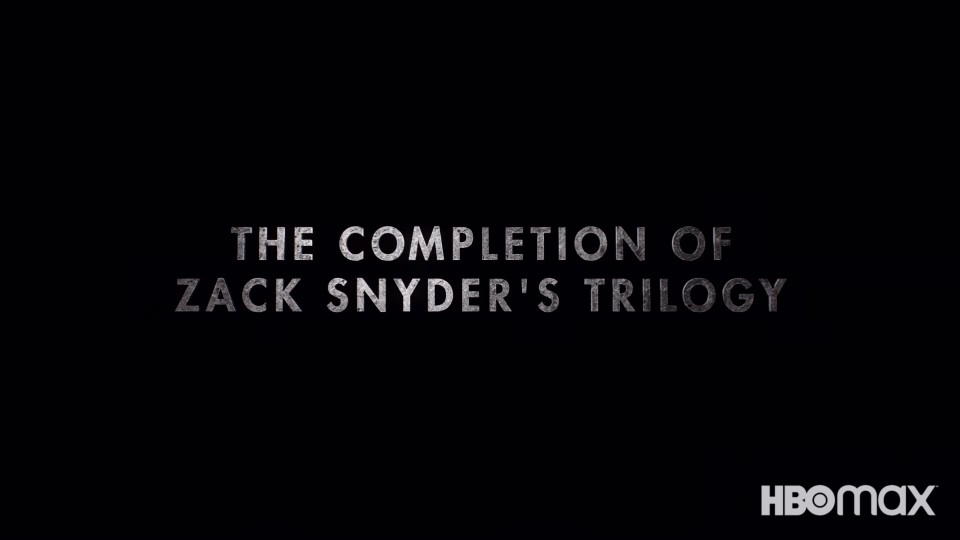 Of course, Snyder fans are nothing if not relentless, and loyal. If you scroll through the comments on the YouTube page, you’ll find that nearly every single comment invokes the hashtag. Thankfully, it’s not monotonous and a good portion of these commenters have a sense of humor. I personally got a good laugh at this comment.

It’s a battle cry that parodies a line that Batfleck delivers in the #SnyderCut, and it works so well.

Man of Steel, Batman v Superman: Dawn of Justice, and Zack Snyder’s Justice League are streaming on HBO Max in the US now.

Do you think WB is actually done with Snyder’s DC for good this time? Or do you think the #RestoretheSnyderVerse movement will change WB’s mind? Let me know.