DC have revealed new details about its upcoming super hero anthology DC Festival of Heroes: The Asian Superhero Celebration, which goes on sale May 11. The anthology will feature an all-new character, Monkey Prince, who will be debuting in a brand new story from Gene Luen Yang (Superman Smashes the Klan, Batman/Superman, New Super-Man) with art by Bernard Chang (Teen Titans, Batman Beyond).

DC Festival of Heroes will treat readers to the first appearance of an all-new character, the Monkey Prince. Debuting in a story written by award-winning writer Gene Luen Yang (Superman Smashes the Klan, Batman/Superman, New Super-Man) with art by Bernard Chang (Teen Titans, Batman Beyond), Monkey Prince is inspired by the Monkey King, legendary hero of Chinese mythology and the classic tale Journey to the West.

In Yang and Chang’s original 12-page story, “The Monkey Prince Hates Superheroes,” Monkey Prince battles and teams up with Shazam to defeat both the evil Dr. Sivana and a Chinese deer demon spirit! To further celebrate this new super hero, the anthology will receive a special Monkey Prince 1 in 25 variant cover by Bernard Chang (check local comic book stores for availability). 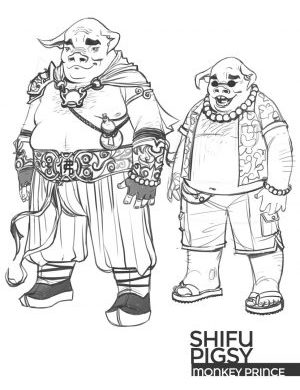 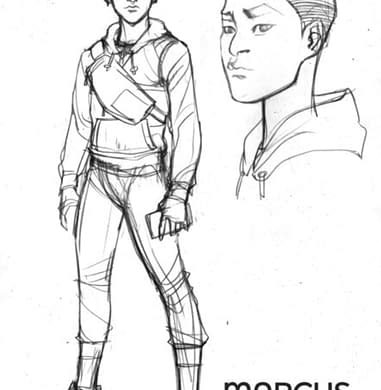 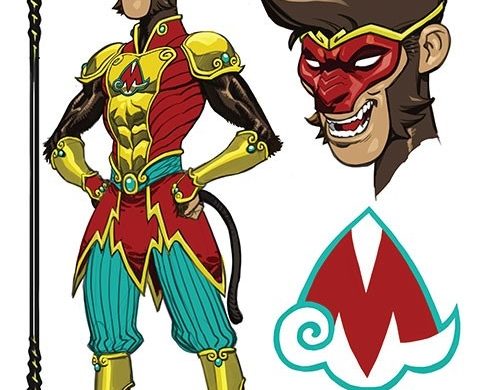 “Masks” – Ram V, writer of Catwoman, Justice League Dark, and The Swamp Thing, teams up with Audrey Mok, the artist of Sera and the Royal Stars, to tell a story featuring Jade Nguyen, a.k.a. Cheshire. Tying into V’s Catwoman run, Selina Kyle’s protégé Shoes has visions of being rescued as a child by Cheshire. Shoes takes these visions as a sign, donning a mask, taking the name “Cheshire Cat,” and asking Selina Kyle to train her. But is Catwoman ready to take on a sidekick?

“Sounds” – Detective Comics writer and Eisner Award winner Mariko Tamaki (Harley Quinn: Breaking Glass) and artist Marcus To team up to tell a story featuring Cassandra Cain, a.k.a. Batgirl. Batgirl struggles to understand words, but with her ability to read body language and uncanny fighting skills, she really doesn’t have to…until she meets someone and wishes that she had the right words—ANY words—to say to them!

“What’s in the Box?” – Cassandra Cain steps into the spotlight once more, but this time with Colin Wilkes, a.k.a. Abuse (who first appeared in Detective Comics #947, October 2008), courtesy of words and art by Dustin Nguyen. Abuse finds Batgirl sitting by a bridge, upset by a comment made by Damian Wayne. 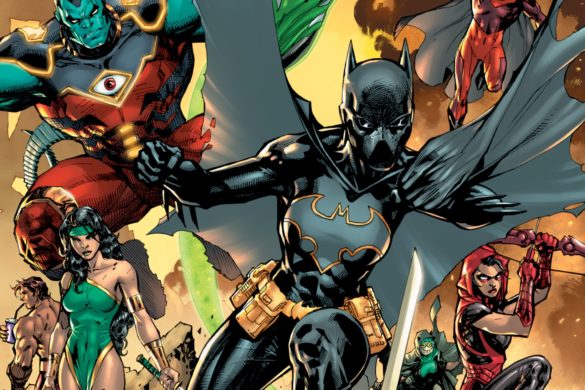 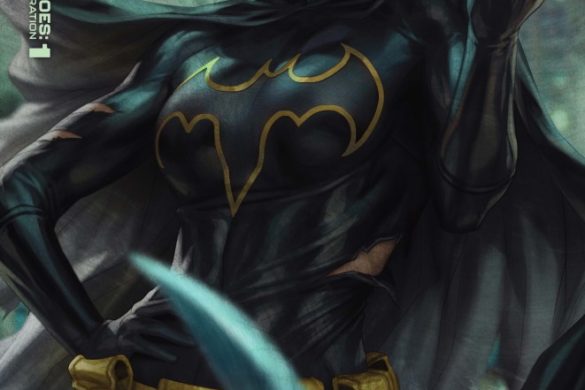 “Dress Code” – Green Lantern Tai Pham makes his first comic book debut in this story by Green Lantern: Legacy writer Minh Lê with artist Trung Le Nguyen. Green Lantern is fighting with Arkillo, and the villain taunts him for his costume “looking like a dress.” This reminds Tai of a memory with his dead grandmother who he inherited his powers from.

“Festival of Heroes” – In a story by writer Amy Chu and artist Marcio Takara influenced by current headlines, Katana, Cyborg, and Blue Beetle (Jaime Reyes) are asked to safeguard an Asian American and Pacific Islander community celebration against potential violence from a white supremacist group. But the heroes are quickly reminded that you don’t need capes, masks, or even special abilities to be a hero.

“Hawke & Kong” – Writer Greg Pak and artist Sumit Kumar team up on a story spotlighting the return of onetime Green Arrow Connor Hawke and Kong Kenan, also known as New Super-Man. Connor and Kenan need to do some quick thinking when a gift for Connor’s Korean aunt gets damaged in a battle with a dragon!

“Special Delivery” – Master of None writer Aniz Ansari makes his comic book debut with artist Sami Basri in this story featuring Robin (Damian Wayne). As Robin ponders about his heritage, he slowly discovers that something about this pizza place seems off…

“Kawaii Kalamity!” – Shadow of the Batgirl writer Sarah Kuhn and illustrator Victoria Ying (Diana: Princess of the Amazons) tell a story about Red Arrow’s reluctance of enjoying “kawaii” things because of people’s general assumptions of what she likes simply based on her Japanese heritage.

“Family Dinner” – Amazon juggernaut Grace Choi has to meet her girlfriend Anissa Pierce’s dad for dinner. But when your girlfriend is Thunder, that means meeting the parents is that much more stressful because her father is Black Lightning!

“Perceptible” – The Good Asian duo of Pornsak Pichetshote (writer) and Alexandre Tefenkgi (artist) tell a tale featuring The Atom (Ryan Choi) trying to defeat a microscopic robot sent from the future…to save our reality as we know it!

This 100-page commemorative anthology is a great way to celebrate Asian American and Pacific Islander Heritage Month, awesome storytelling, and DC’s Super Heroes when it arrives in comic book stores and on participating digital platforms on Tuesday, May 11, 2021.

For the latest updates on DC Festival of Heroes and the World’s Greatest Super Heroes, check out the DC website at www.dccomics.com and be sure to follow on social media @DCComics and @thedcnation.