An animated adaptation of Jeph Loeb and Tim Sale’s seminal work Batman: The Long Halloween has been gestating for quite some time. Last year, it was announced that it would be released in two parts, in what seems to be an attempt to properly tell the story of Bats, Two-Face, and the Holiday Killer. While we haven’t heard much news since then, it seems the movies have been chugging along since the voice cast has just been announced for Batman: The Long Halloween – Part 1.

By far, the most interesting thing to come out of this cast list is the long-rumored return of Jensen Ackles. This time, however, he’s playing Batman. As Batfans, we should all remember that Ackles gave a wonderful performance as Jason Todd in 2010’s Batman: Under the Red Hood. It seems the man has finally graduated to the cape and cowl, and I’m very much looking forward to his take on a younger Bats. (This might explain why he didn’t return for Batman: Death in the Family released last October.)

Jensen Ackles graduates to the cape and cowl

Aside from Ackles’ return to DC, another noteworthy piece of news is that Naya Rivera will be Selina Kyle. Rivera tragically passed away last July, but managed to finish recording before her death. We’re glad to welcome the late actress into the DC universe as one of the most iconic characters of all-time.

The rest of the voice cast, brought to us by The Hollywood Reporter, includes:

Overall, a pretty great cast. David Dastmalchian seems to be on DC’s payroll as of late since he was recently seen returning as Abra Kadabra in The CW’s Flash. Also, we will be seeing him play the slightly disturbed Polka-Dot Man in James Gunn’s The Suicide Squad. Dastmalchian is a great character actor who has taken on so many different faces. It’ll be interesting to see his take on the meticulous serial killer Calendar Man.

Another actor on retainer is Troy Baker who is returning to play the Joker. Baker has played the character multiple times, after providing a phenomenal impersonation of Mark Hamill’s Joker in Batman: Arkham Origins. Since then, Baker has reprised his role in Batman: Assault on Arkham, Batman vs. Teenage Mutant Ninja Turtles (where he also played Batman), and the kid-friendly Batman: Unlimited franchise.

The last actor to catch my eye is Jack Quaid, as Alberto Falcone. Quaid is currently playing Huey in Amazon’s The Boys, and honestly, it’s inspired casting. Alberto is young and desperate to prove himself, which are traits that Quaid embodies as Huey. With a few changes, Quaid could play Alberto in live-action. Get DC on the horn and let’s make Batman: The Long Halloween into a live-action flick.

TLH – Part 1 will be written by Tim Sheridan and directed by Chris Palmer, who both worked together on Superman: Man for Tomorrow. It seems like a very interesting tonal shift for the pair to tackle considering the adventurous and hopeful tone of their previous work.

THR has also provided a shot of Bats from the upcoming flick and though it doesn’t retain quite the stylized noir look as Sale’s art, it’s still pretty good. 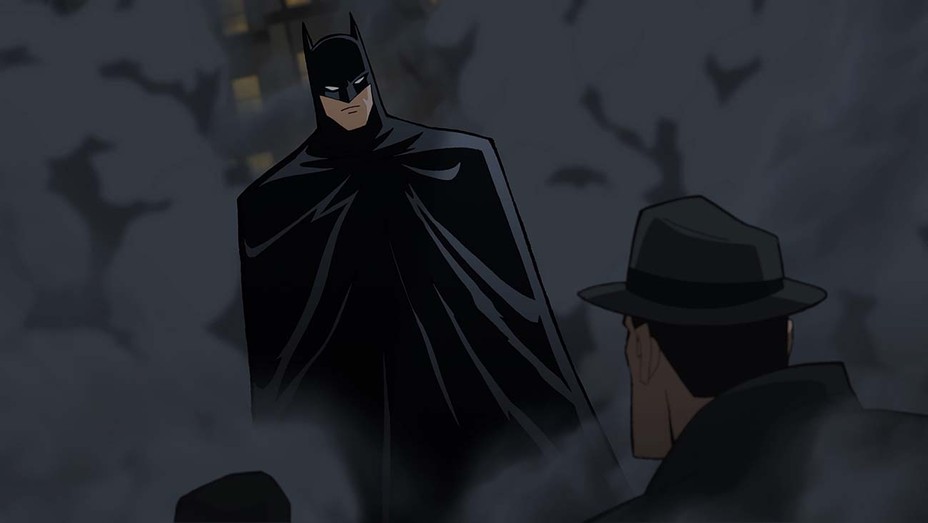 There is currently no release date, but THR is predicting that Part 1 will hit shelves in the spring or summer.

What do you think of the voice cast announced for Batman: The Long Halloween? Do you think they have the chops to bring the iconic story to life? Let me know your thoughts.