Batman writer James Tynion has divulged some of his plans for the title, following on from the new status quo created by DC’s Infinite Frontier.

Tynion has a lot of exciting ideas for Batman, with new heroes, new events, and a new or revamped threat. Batman will be dealing with a lot after the status-quo-shaking events of Joker War and Infinite Frontier.

In an interview with Newsarama, Tynion shed more light on the next big Bat-villain: Miracle Molly. The writer describes Miracle Molly as an antagonist who challenges Gotham’s notions on what it means to be insane.

[Miracle Molly’s] someone who believes that the way that society works in Gotham is broken, and she’s a part of this collective called the Unsanity Collective, which is that the city is defined what sane and insane are on its own terms, and we’re going to reject the notions of sanity that society puts upon us. We are going to build a new and better Gotham in the husk of the old Gotham.

There’s a sort of utopian bent at the center of what Miracle Molly and the Unsanity Collective are looking to do, and it’s freaking a lot of people out in and around Gotham. That’s going to open the doors for characters like Scarecrow and Simon Saint to really make the city more afraid of the Unsanitary Collective than they really should be. There’s a really interesting dynamic there, and I’m really, really excited for people to see how it all plays out.

James Tynion on the Threat of the Magistrate

James Tynion will also be sowing the seeds of the Magistrate. Readers of DC Future State already saw this organization take over Gotham as a cyber-punk, totalitarian police force. However, Batman readers will see the origins of the insidious group in the form of its founder, Simon Saint.

The key character who did not appear in Future State, who is going to be very important to this is the man who dreamed it all up, Simon Saint, who is a new billionaire industrialist in Gotham City. Everything’s going to really hinge on him. The character that I pointed Jorge to in designing him was, I’m totally blanking on his name, but from the second Jurassic Park movie, The Lost World, the guy who takes over and it’s all building up to that moment where he’s terrified that the T-Rex that he just brought to Los Angeles is now going off and wrecking all of the city. That’s sort of the dynamic of that character that I’m trying to build. He thinks he’s designed this system that is going to work perfectly, and his confidence in that system is going to be very dangerous for Gotham City and for Batman. 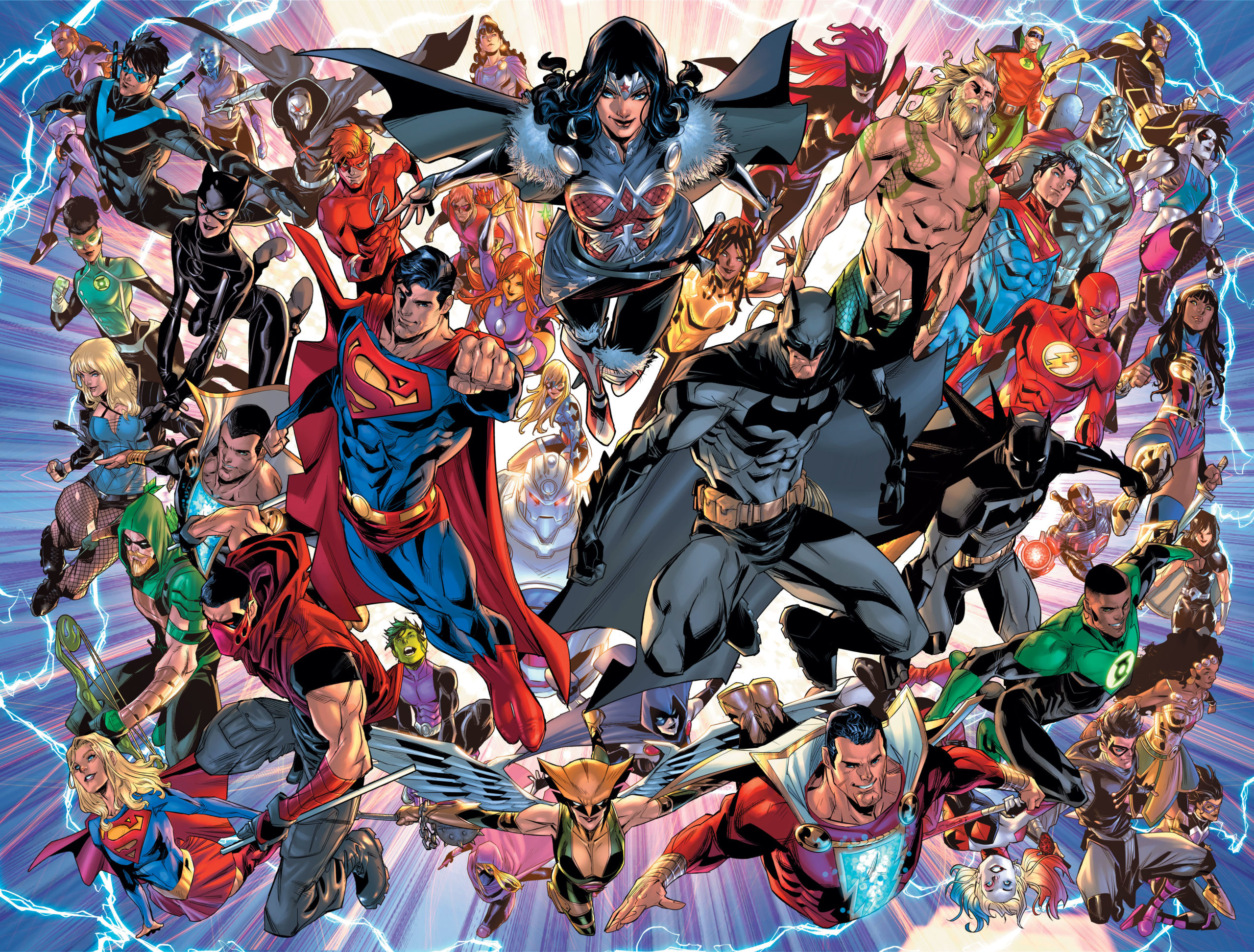 The comic revealed a number of status quo changes for Batman; Arkham Asylum was destroyed, and the Joker allegedly murdered Bane. Tynion launched multiple story events in the comic special, and the entire Bat-line of comics will feel the events of Infinite Frontier.

This was something that we’ve been talking about for a long time. How do you create a kind of inciting incident that doesn’t just kick everything off in the pages of ‘Batman’, but kicks things off for the entire Bat line? There were moments that we were talking about doing this moment in the first issue of Joker, doing it in the first issue of ‘Batman’, but once ‘Infinite Frontier’ materialized, it was just like this is the place to do it because the ‘Infinite Frontier’ issue sets up all of the seeds for all of the stories of the DC Universe and what happens at Arkham Asylum sets up what’s happening across the Gotham books. In a lot of ways that you might not expect from the start.

Batman #106 and Infinite Frontier #0 are now on-sale digitally and in local comic shops.