Another day and another highly detailed statue for us Batfans to add to our collections. This time, Silver Fox Collectibles has made The Joker Arkham Asylum statue available for pre-order .

In 2009, Rocksteady Studios broke the video game world by birthing the groundbreaking Batman: Arkham Asylum. After decades of fairly mediocre superhero games, Batfans were finally treated to a gaming experience that really felt like we could become the Dark Knight. The game revolutionized action/adventure games moving forward, paving the way for a beloved franchise affectionately dubbed the Arkhamverse.

“Welcome to the madhouse, Batman!”

Aside from a revolutionary combat system, an immersive stealth mode, creative use of gadgets, and challenging puzzles befitting the world’s greatest detective, we were treated to Kevin Conroy and Mark Hamill’s return as Batman and The Joker, respectively. A Joker voiced by Hamill unhindered by the censorship of network TV was really what everyone wanted in life, right? Appearing in all three Rocksteady Arkham games, The Joker of the Arkhamverse has become almost as recognizable as the Joker of Batman: The Animated Series. So much so that we’re getting a breathtaking statue inspired by the Arkhamverse Joker by Silver Fox Collectibles. 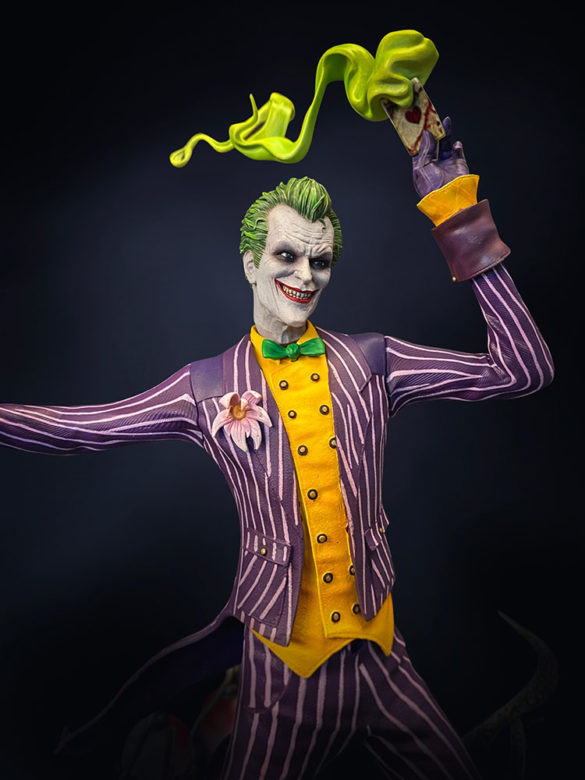 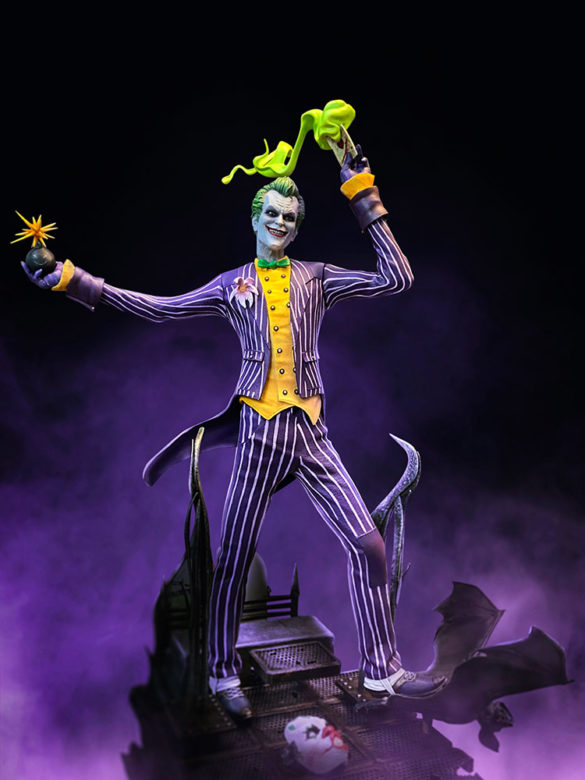 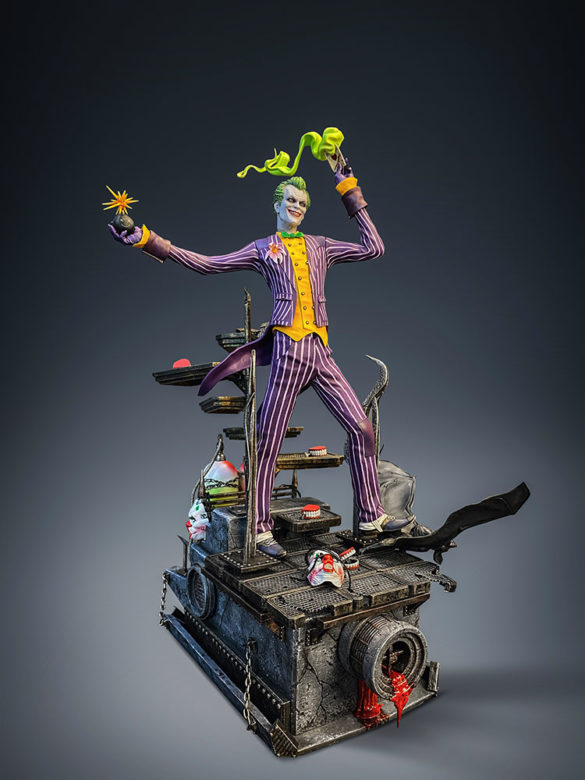 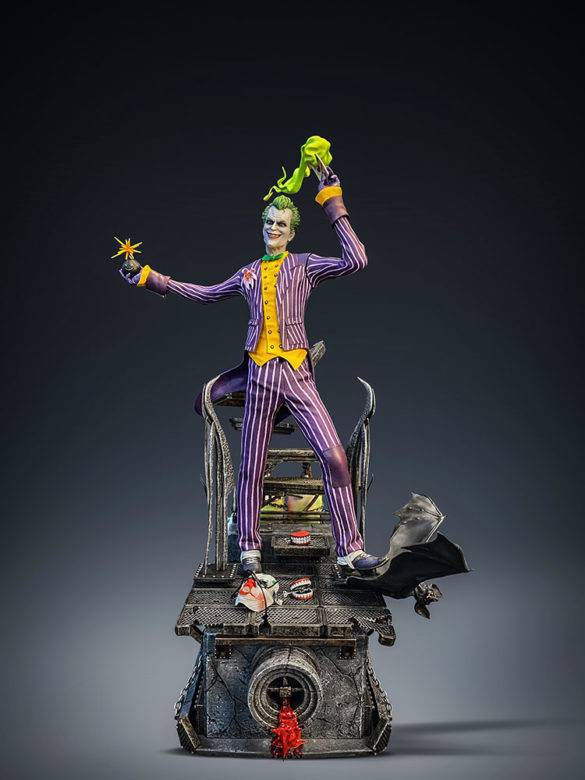 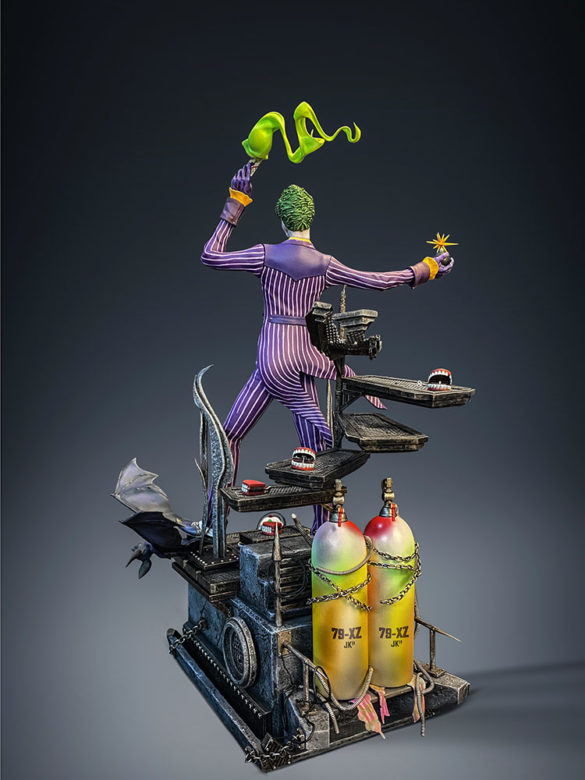 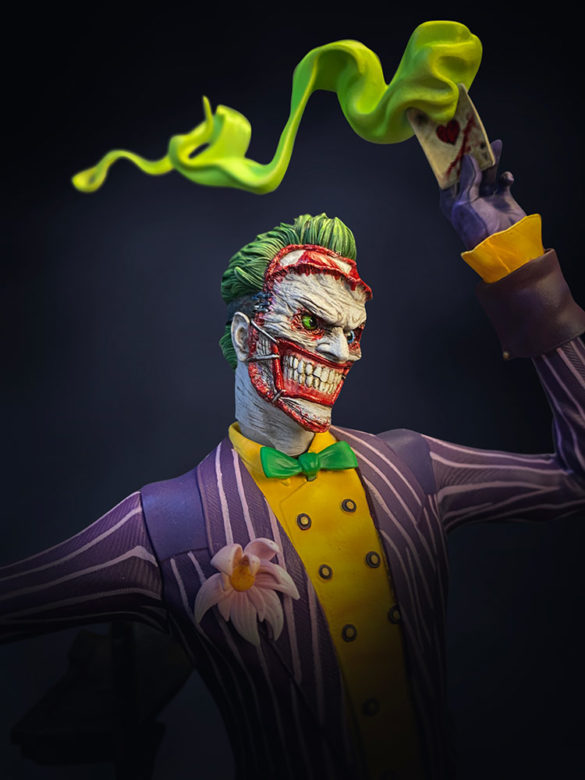 For the most part, the incredibly detailed statue seems mostly inspired by the Arkhamverse Joker. Physically, this is the Joker from the Arkhamverse, however, the platform on which he stands contains nods to other incarnations. Seemingly, the only reference to Arkham Asylum is the chattering teeth toys seen throughout the mansion. Otherwise, I can spot the clown masks from Christopher Nolan’s Dark Knight and that’s about it. Additionally, it includes a swappable head with a Death of the Family Joker face mask. (It’s certainly a different type of face mask that we’re accustomed to now.)

Check out the fine details below:

The Joker Arkham Asylum. The Joker is an insane, homicidal supervillain, and the arch-nemesis of Batman. His white skin, green hair, and blood-red lips belied the chaotic nature that underlay his cartoonish appearance. The extremely intelligent self-styled “Clown Prince of Crime” had no superpowers beyond a capacity for incredible violence and a skill at creating deadly mayhem, and frequently concocted elaborate schemes to entrap his nemesis.

Joker stands an awesome 40cm tall and is 15cm wide with an exclusive base which has been beautifully sculpted and filled with loads of details. Including Clown Masks, Laughing Wind Up Teeth, and much more…

This statue will be made of high-quality polystone resin and each one will be Hand Painted and limited to 500 pieces worldwide.

Priced at $549.99, The Joker Arkham Asylum statue is available for pre-order now. It’s limited to 500 units and is expected to ship in Q2 of 2021, between April and June. Be sure to grab yourself one.