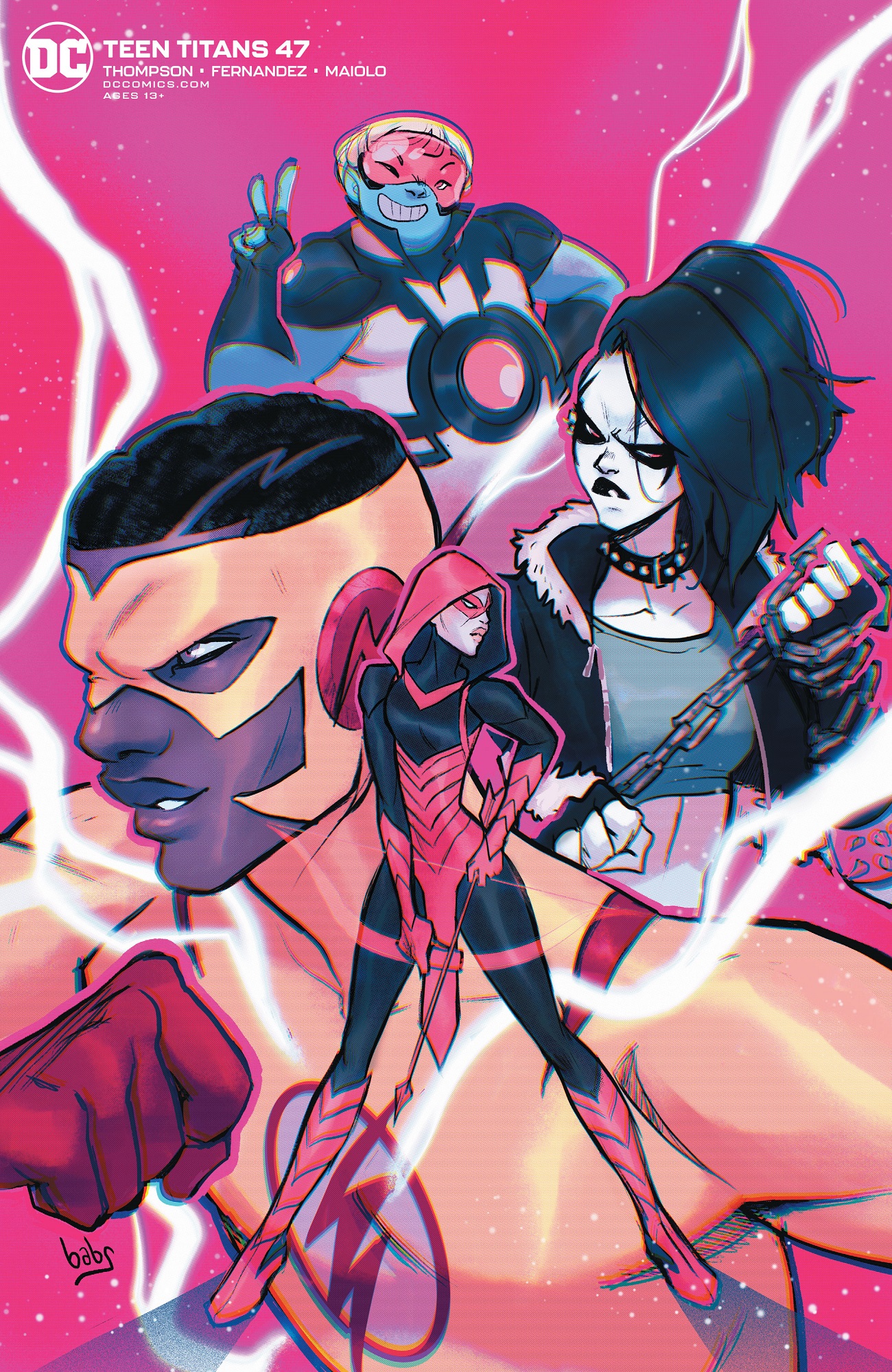 It’s hard to believe that this fantastic series is ending. Join me as I reflect on what’s been, what could have been and of course, just how good or bad Teen Titans #47 was.

Well, lets talk a little bit about the final issue first. It’s by far no easy task to write an ongoing series, so I can only imagine how difficult it is to end one. My big worry with these issues tends to be, will they just end with a bang and not really give us a substantial story to enjoy. Well, I wasn’t disappointed… actually that’s not strictly true, what could have been a nice arc was condensed into a single issue. However it was done well, even if it was a little short.

That condensed storytelling style leads nicely into a point about the overall flow of Teen Titans, the story has never really been rushed. Whether it’s been Thompson or Glass, the story has always been played out enough that the reader can digest what’s going on. It’s sad in a way that the end wasn’t allowed this, as I genuinely think it could have been a nice run right up to issue #50 say, which is much tidier number than #47.

The writing of Teen Titans is actually a very interesting topic. In previous reviews I’ve discussed the complexity of adult writers creating storylines involving teenagers. Adam Glass in particular was brilliant at actually achieving a genuine feeling of teenage angst, it reminded me of how I would’ve felt as teen, minus the super powered bad guys, obviously.

Speaking of super powered, Teen Titans has always known how to use its characters powers, which I think most people with only a casual level of interest would agree is the fundamentals of comic books. Well, that’s just plain wrong. Comics are about the stories, the raw emotion and turmoil of its characters. The reality is that some of the best loved characters don’t even have powers (I’m looking at you Batman). What this series does best it’s take all that emotion, turmoil and then throw in those powers to create exactly what a comic book should be, a story. A really good one at that. 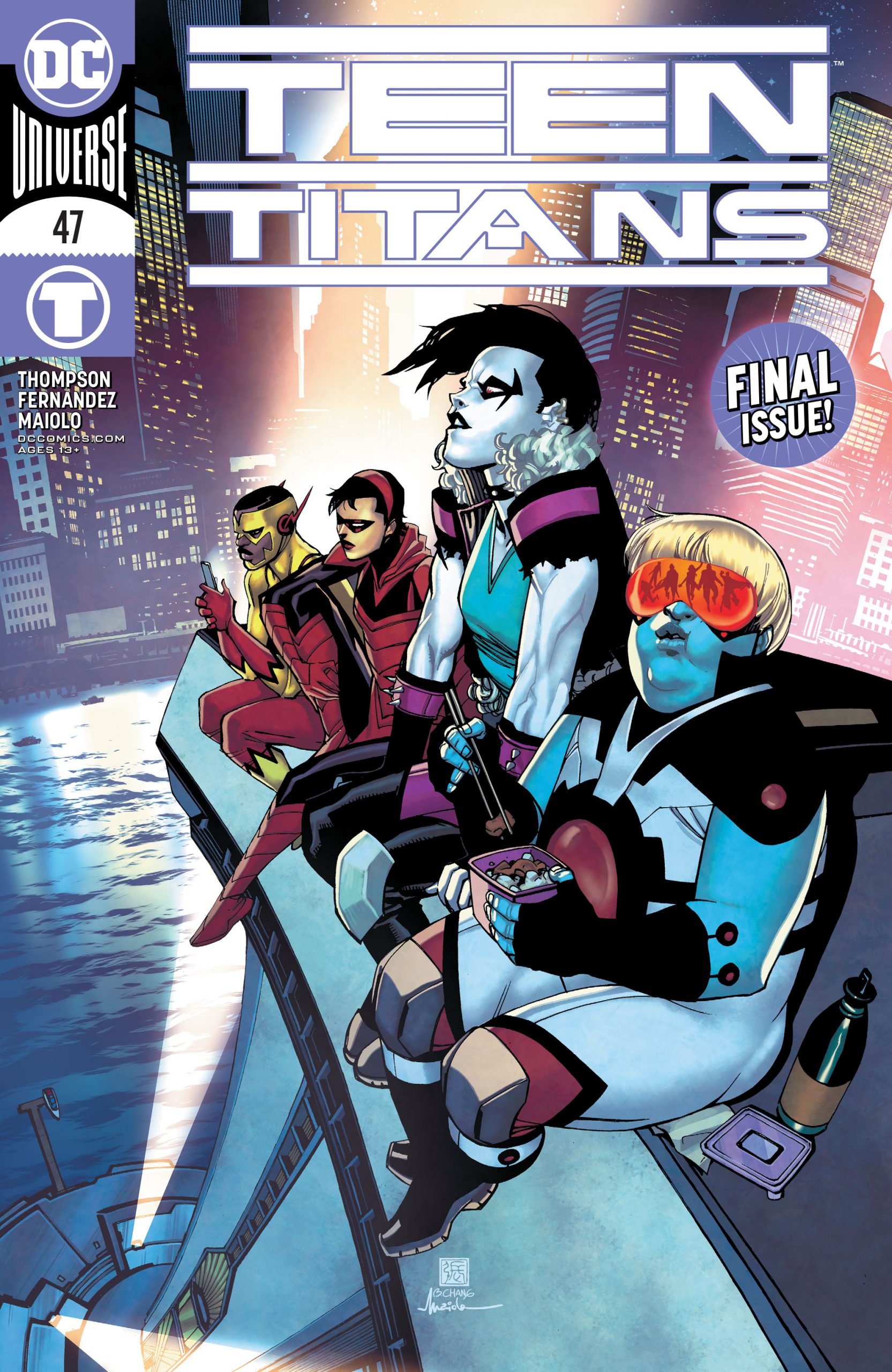 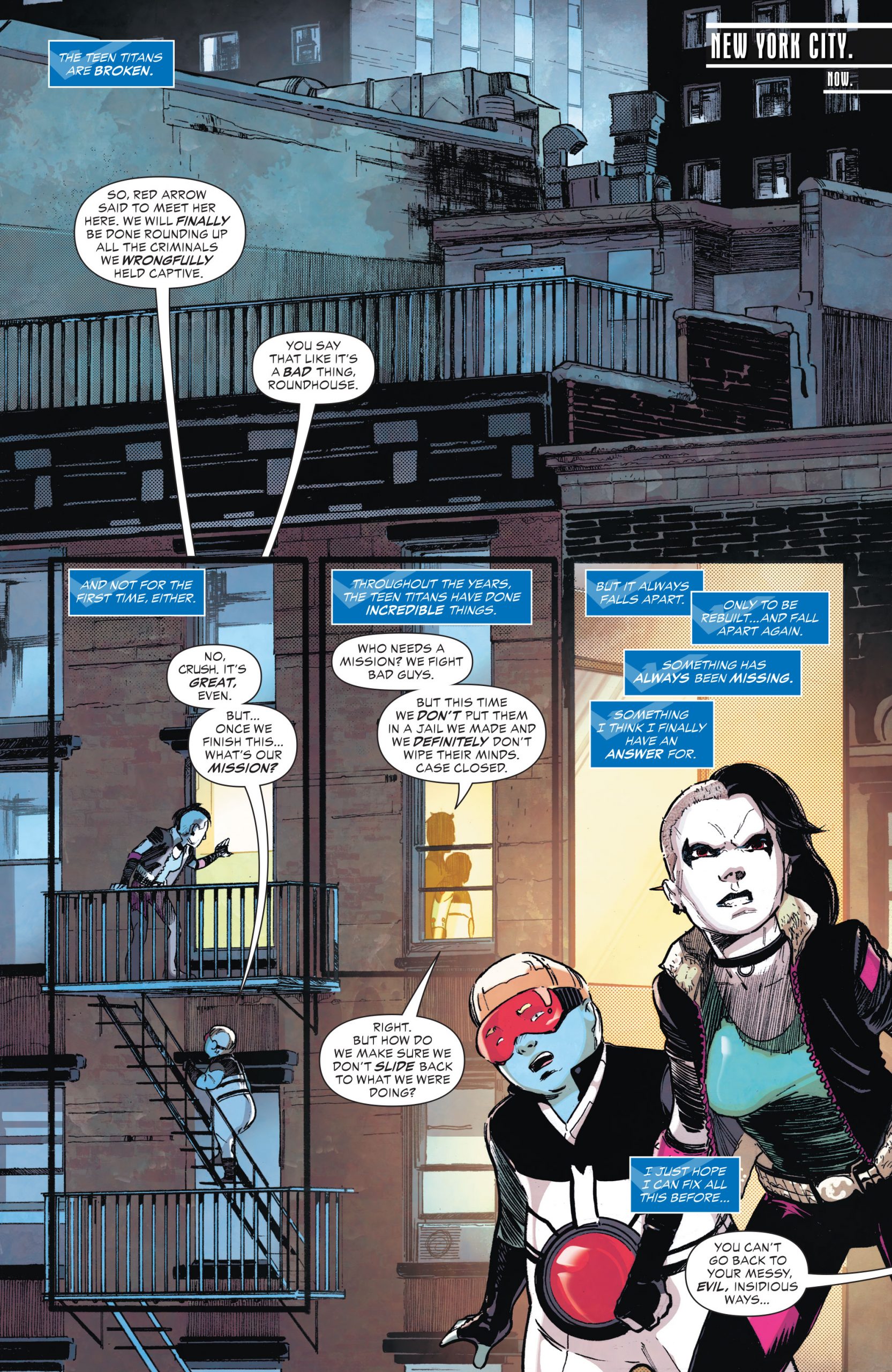 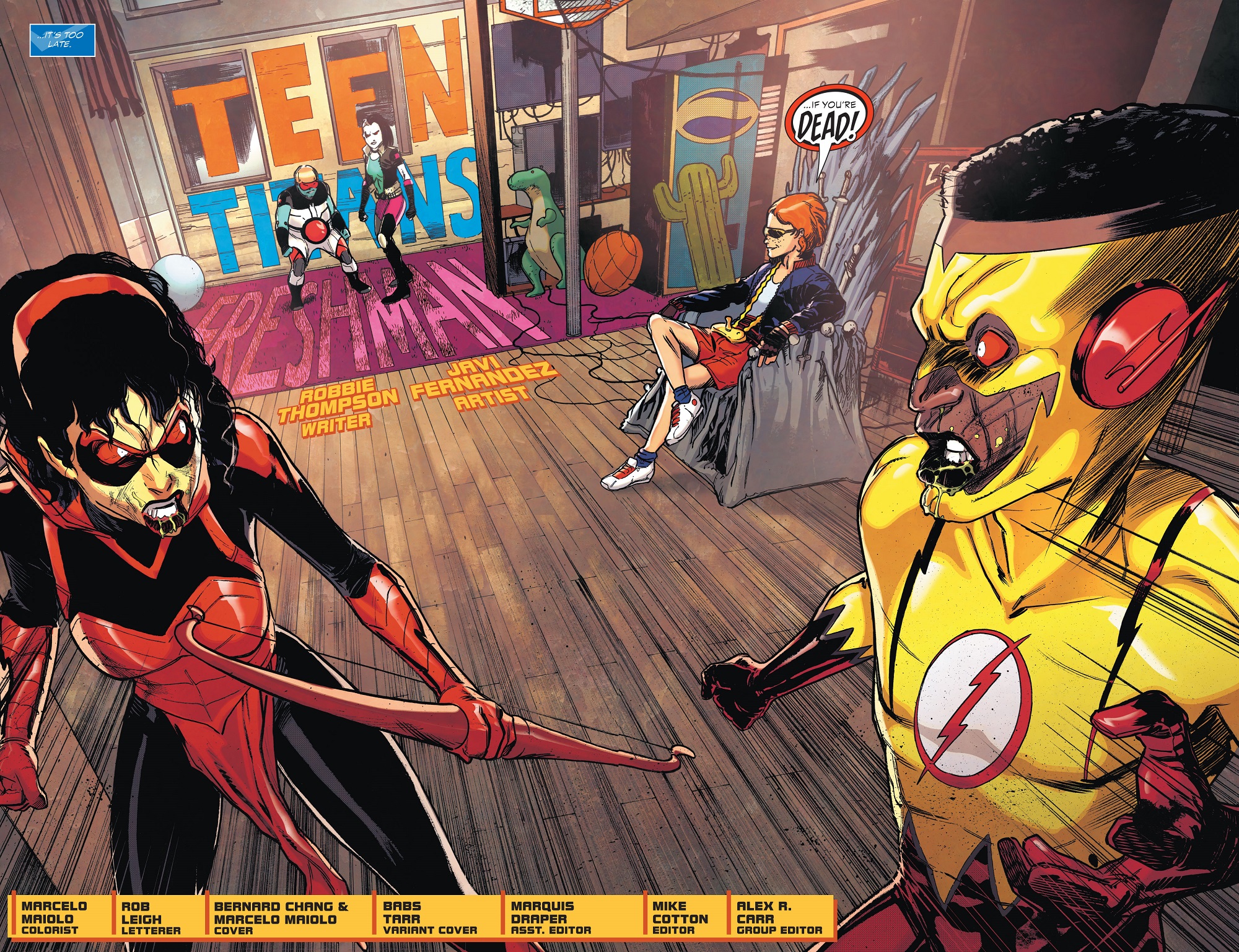 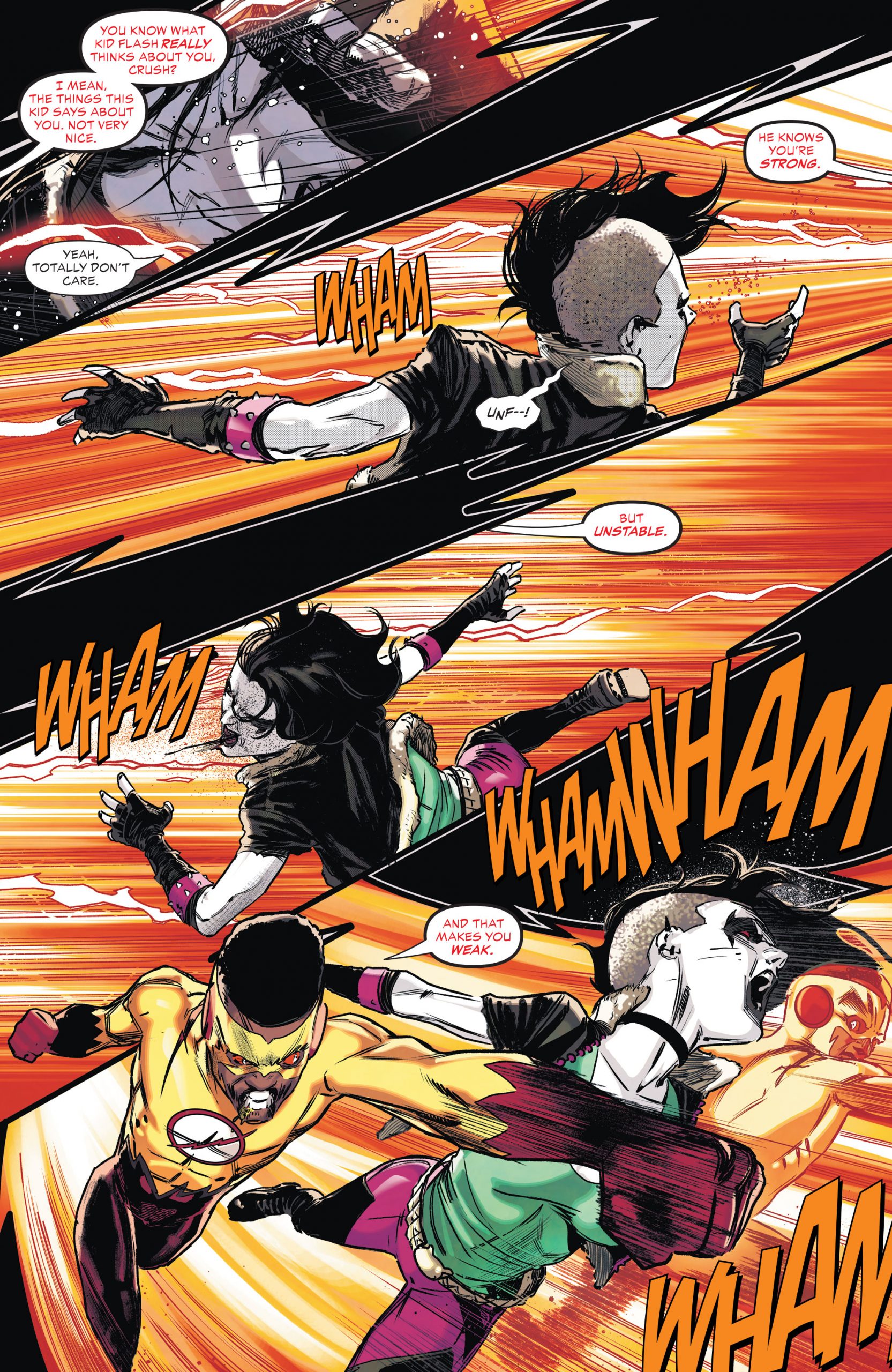 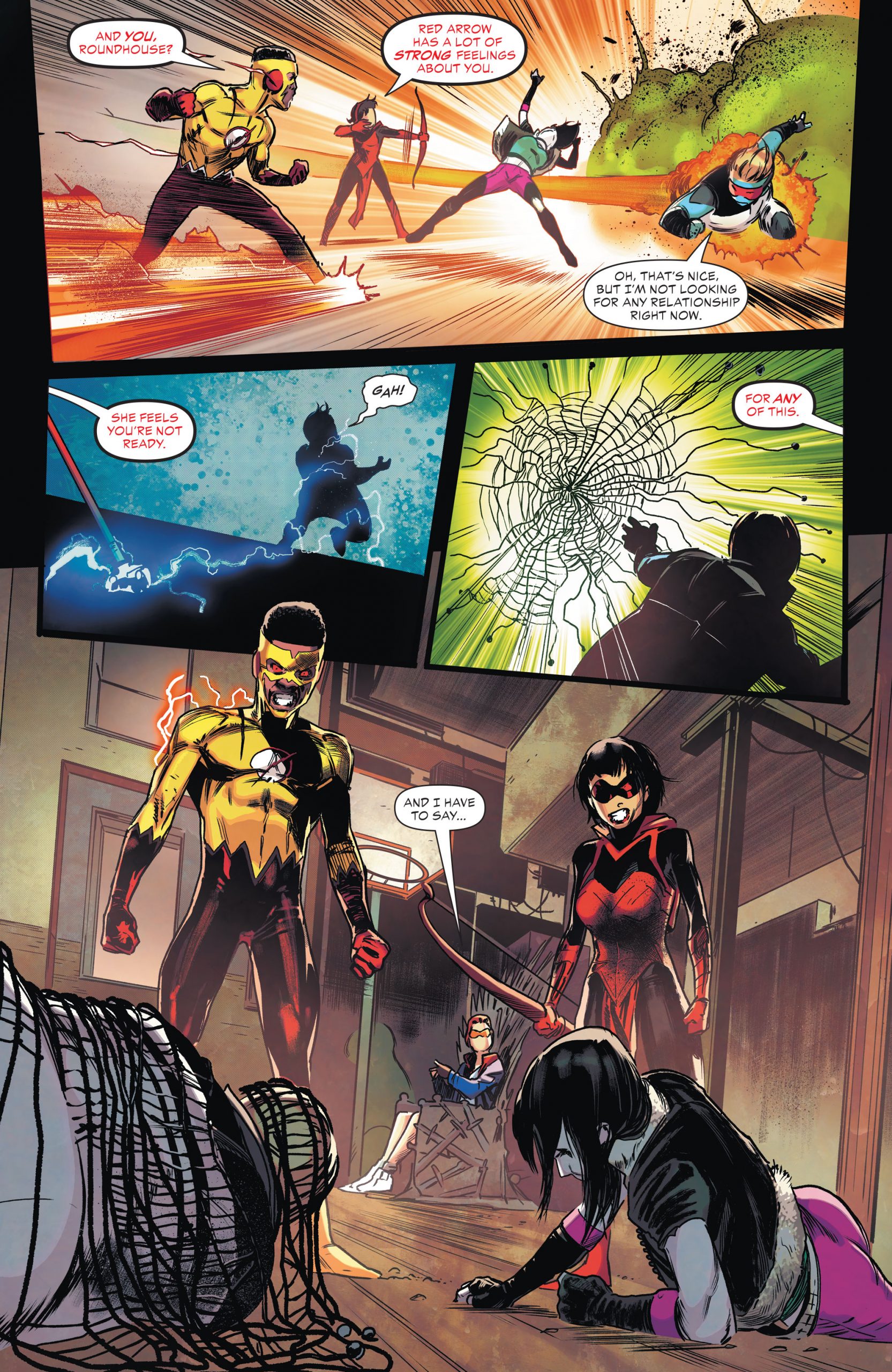 Now it wasn’t all just great writing, the art has been stellar. Consistency is important, like the writing, the art has been consistently good. Yes, there’s been a few examples of less than great artwork, but it can be forgiven. In a way I’d almost say the color art has been the best part. The vibrancy of neon pinks, the dynamic use of color for Kid Flash and the lightning bolts flying off him as he’s hitting supersonic speeds, Red Arrow and her Arrows whistling towards the villains, it’s all made that much better by the color art. Not that the pencils and inks haven’t been good, as I loved seeing Bernard Chang’s pencils in particular. His unique style was ideal for this series. It was also a lot of fun seeing his approach to various guest characters, Lobo being a particular highlight.

With regards to guest characters, we got a lot. There’s been epic Batman moments, there have also been sombre ones with Alfred, and there’s been the classic throw backs with none other than Deathstroke. The beauty of Teen Titans was that just about anything works. You had Genies, The Dark Knight and everything in between, the versatile nature of this comic has been mind blowing. Not a lot of titles can manage that much epic.

Finishing this series isn’t the end for this team, but that doesn’t dull the disappointment any less. You grow attached to the characters, and look forward to seeing what the next issue brings. What challenges will they face? What character growth will we see? What actions will impact the larger DC universe? These are all examples of questions that where presented issue after issue. It was a series that kept on giving, and it genuinely had a lot going for it.

Now, if I can just highlight the final issue before I conclude. Yes, I’ve stated that it crammed a lot into one issue, it really should have been 3 or 4. However it’s done well, as we finally get to see the team become just that, a team. My biggest criticism of this series was always the constant in-fighting and inability to remain a team. I get it, it’s a well known comic-book plot-line, but we had just a little too much of it. We also get to see the team tie up all those loose ends, and deal with the issue of the secret prison arc. Backing up all that storytelling was the usual high calibre art. The team really went out on a high in that regard, Fernandez is a master at his craft and did himself proud with his work on this. I hope to see him drawing many more DC titles, and more, in the future. Maiolo backed up the incredible line-art with that vivid color I love.

Something I’ve never addressed, and really should have, are the unsung heroes of the comic-book world, the letterers. Rob Leigh has made a massive impact on this series, and deserves as much recognition as the rest of the team. We’ve all read comics in the past where we’ve barely been able to make out the text, or easily follow it, but Rob doesn’t have that issue. His work really packs a punch when it comes to adding the all important narrative, and sound effects.

The reality is that, although this was a great series, maybe it needed to end. If the ending of Teen Titans #47 (which is incredibly cool) is anything to go by, there’s a good chance we’re going to see a lot more of these characters sooner than I initially expected. We may get to see them develop in a new way, though. The whole series has had the theme of development flowing through it. Whether its been personal growth or team building, the teens are constantly evolving. Maybe it’s time to take that evolution elsewhere.

It’s with mixed emotions that I give my final score, and final review of Teen Titans. The score reflects the consistency of every issue I’ve reviewed. I’m hopeful for the future, that we will see the teens become so much more… they will become Titans!