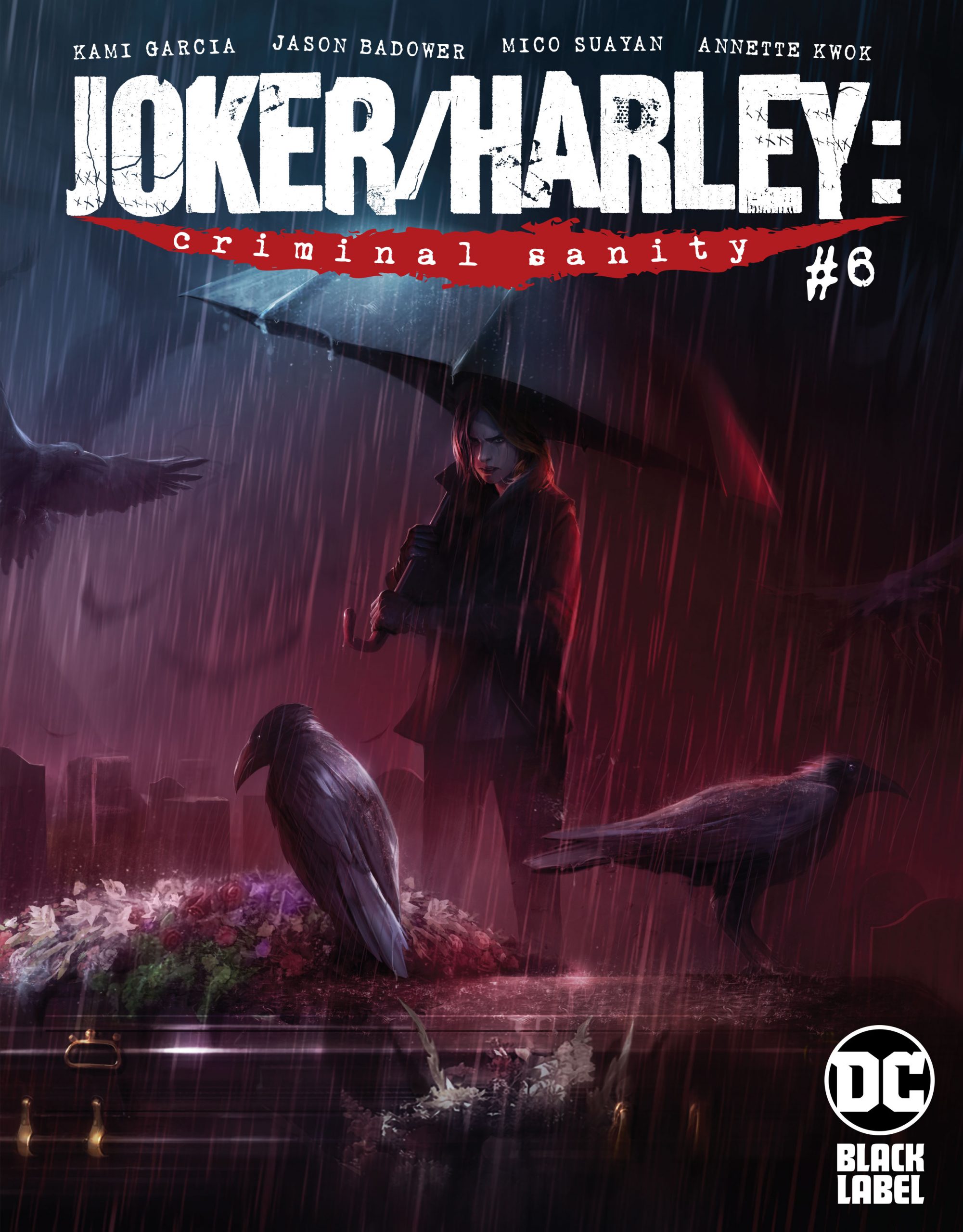 Joker/Harley: Criminal Sanity #6 is upon us this week, and the story shows us that the demons of Gotham are alive and well. In fact, the ones attacking both Harley Quinn and The Joker in this issue happen be from their past, ghosts of yesterday that don’t take a liking to being buried. While the face to face meeting of Joker/Harley: Criminal Sanity #5 was the start  of what was to come, issue #6 is not to be outdone. Let’s dive in!

Don’t Give Them False Hope

Harley’s still reeling from the confirmation that John Kelly murdered Edie, as she makes her way to Edie’s parents house. Top that off with a call from her brother carrying not so great news… life is getting quite complicated. Over on The Joker’s side of things, he’s swimming deep into memories of his own. From his first kill, to finding his stride and cause, he’s had his actions glamorized by the denizens of Gotham, until they no longer fit their cookie cutter viewpoint of justice.

Working on his next piece of performance art, John Kelly leaves the GCPD a shocking gift on display at the Gotham Science Center. It’s all going according to plan with him and Harley’s trying to get steps ahead in order to figure out just what Kelly wants. Not only from these killings… but from her. 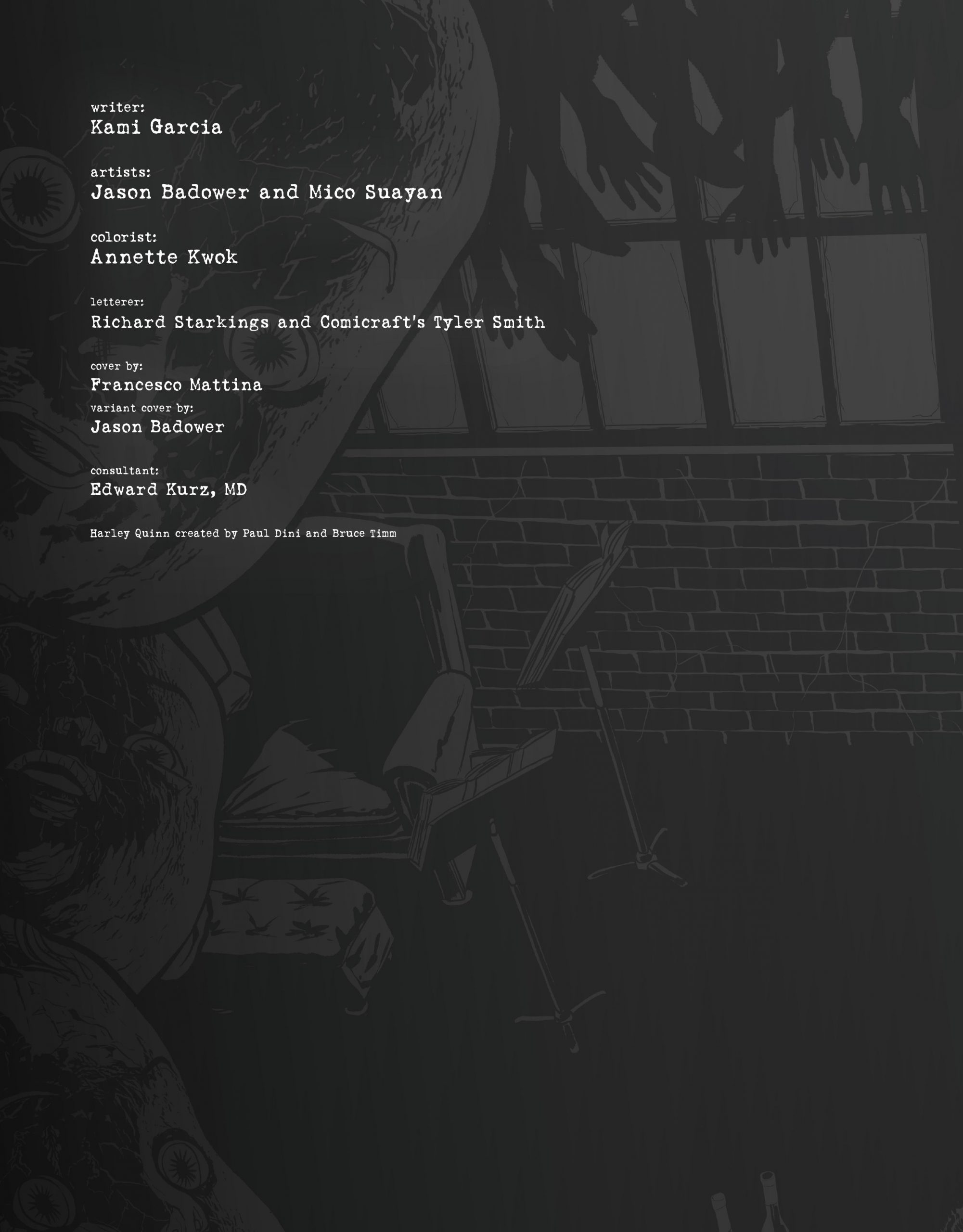 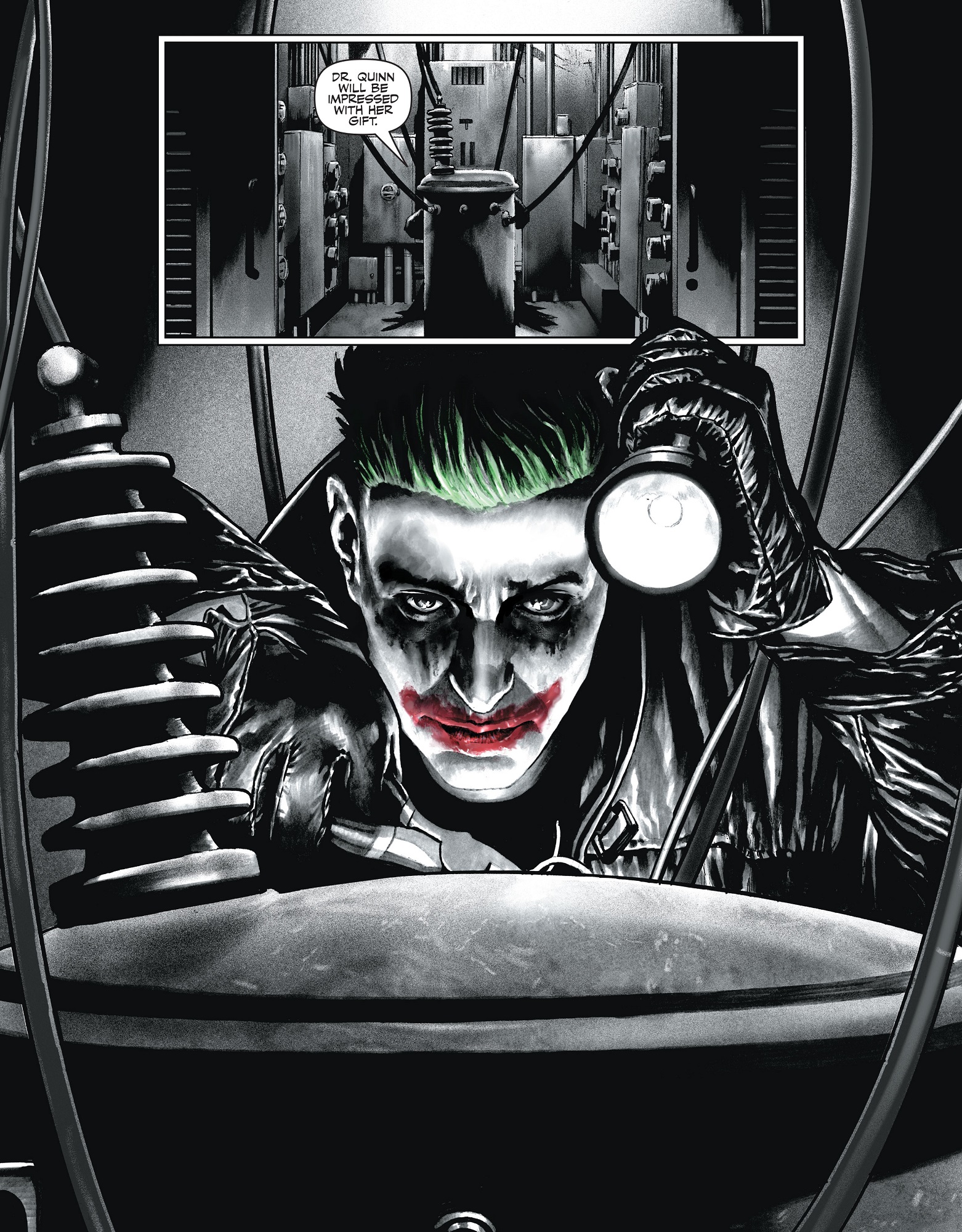 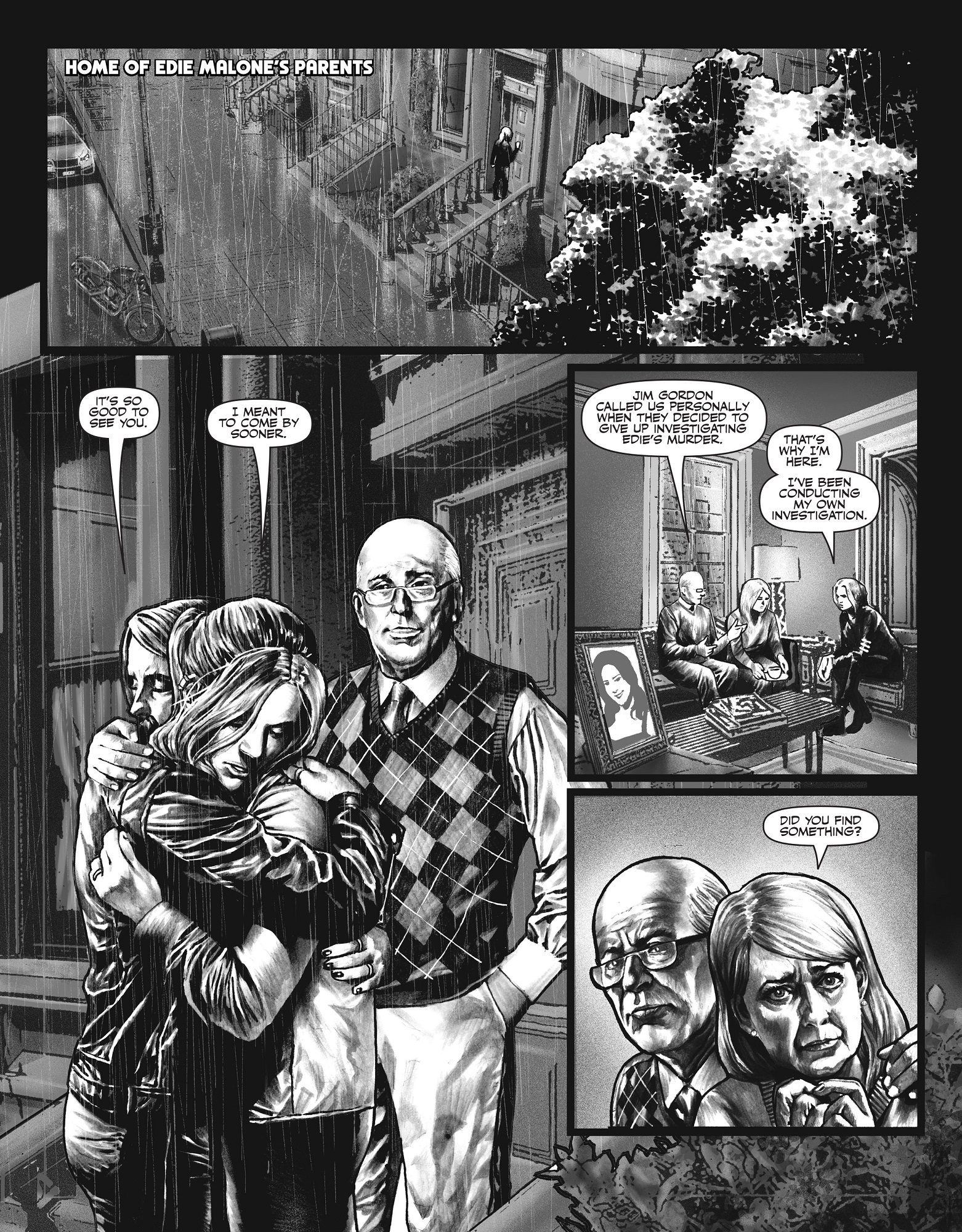 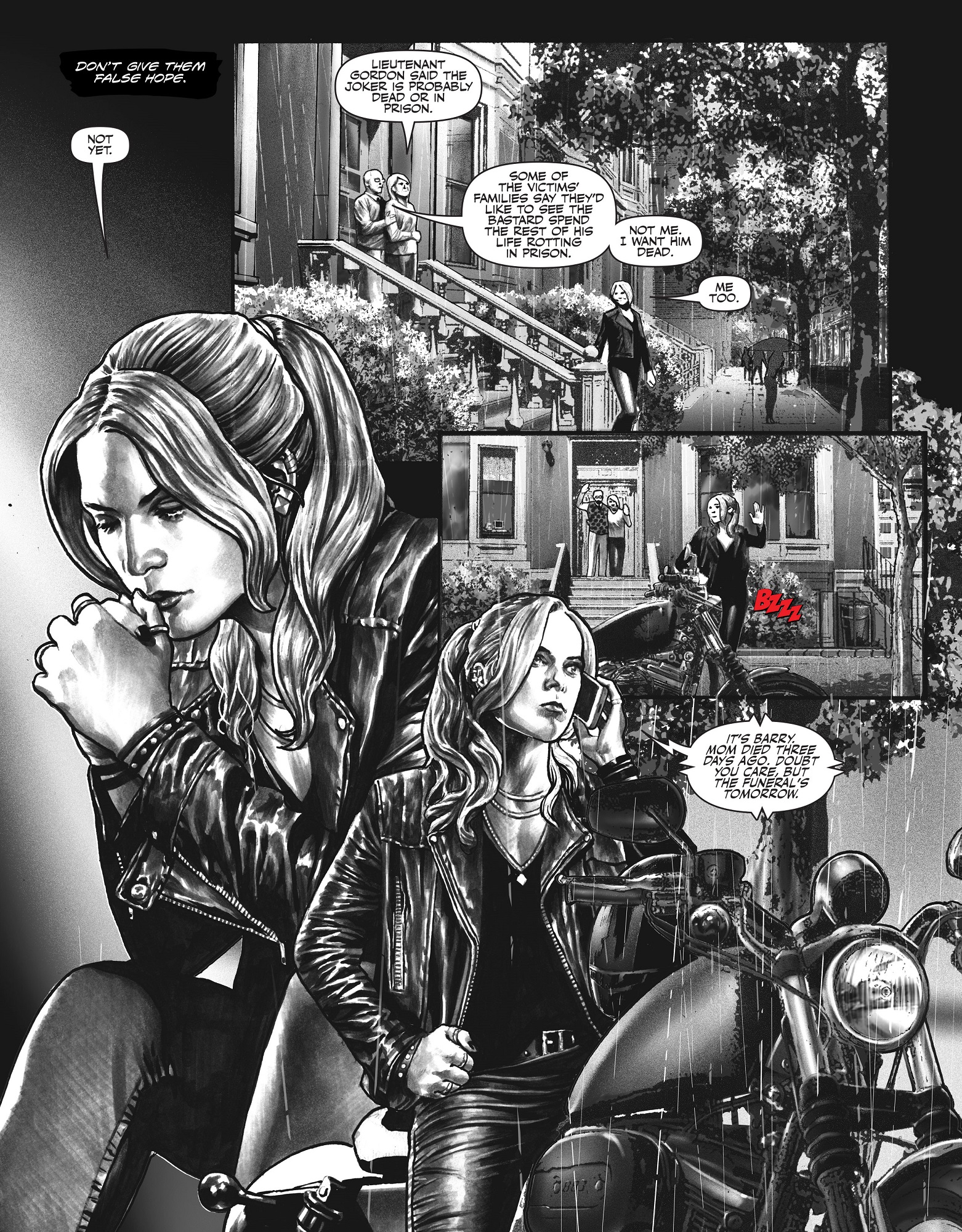 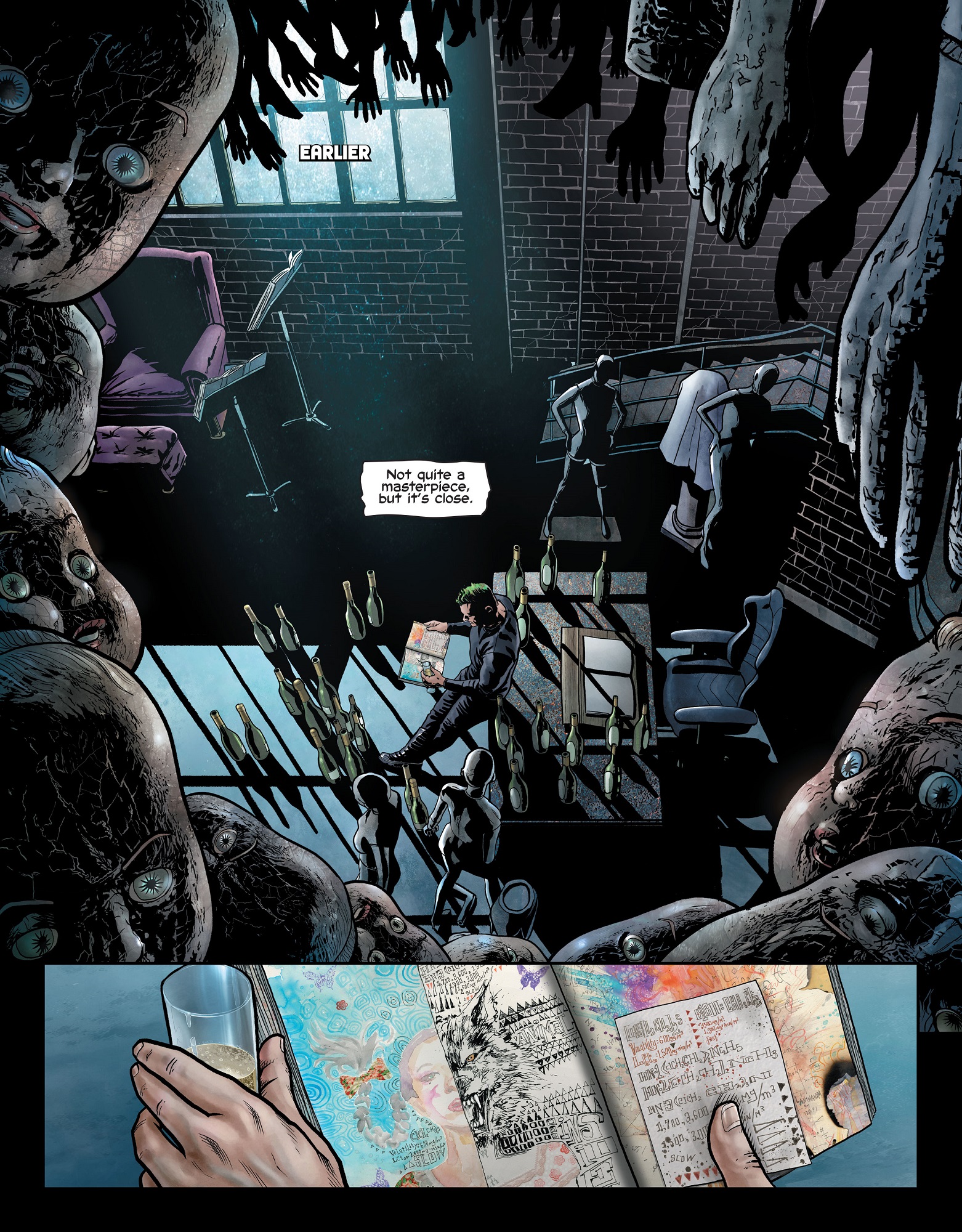 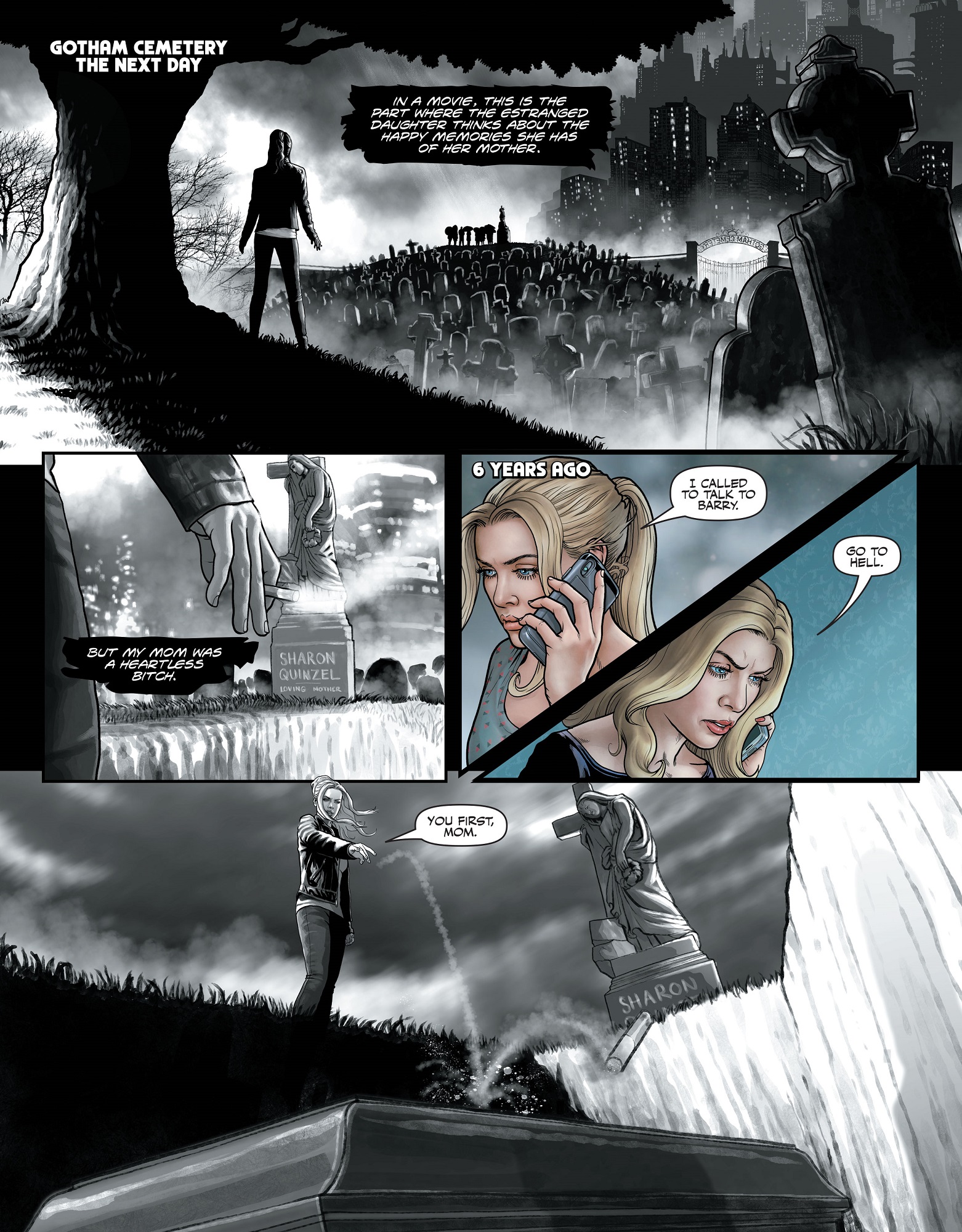 Joker/Harley: Criminal Sanity #6 gives us history in heavy doses for both main characters. The insight the issue gives into John Kelly specifically is exquisite. One of my favorite moments was actually what spawned the caption; we get a nice image of a certain T-Rex that’s known to frequent a familiar Batcave. Another one of my favorite scenes is where we see just how Gotham reacts to the killings of child abusers by the unknown John Kelly, versus how he feels being compared to Batman.

The team behind the joy that is this series is has not stopped in their flow of delivering unique storytelling, and stunning visual art. Their interpretation of these characters has been not only enthralling, but it’s opened doors to a new way of storytelling. Mico Suayan and Jason Badower give fans beautiful artwork that matches up to Kami Garcia’s exquisite writing. Annette Kwok helps the art come alive, as always, with her gorgeous colors. Richard Starkings and Tyler Smith continue to show us just how masterful they are at their craft with their letters.

The ending to Joker/Harley: Criminal Sanity #6 sets readers up for the head long collision we’ve all been been waiting for. What’s to come is of course only known by the team that’s bringing it to us. That being said, I loved the history and deepening of these characters in the series. I look forward to see what will happen now that Harley’s getting what she has wanted from the beginning.

Joker/Harley: Criminal Sanity #6 is another jewel that moves this story forward, as this issue delivers everything it needs to tempt and whet the appetite just enough.