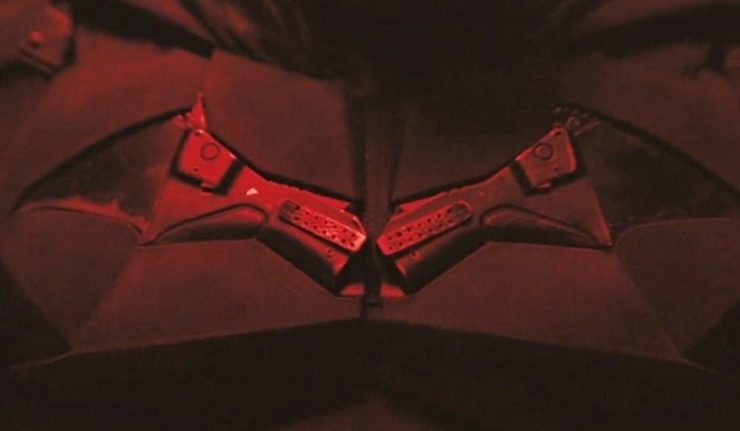 We have been treated to a good number of set photos of The Batman being filmed in Liverpool, and now, fans are being treated to new set pics from the Chicago recording as well. Not only do we get to see Batman and Catwoman riding their motorbikes, but also how Chicago will double as Gotham City.

Batman and Catwoman riding off into the grit pic.twitter.com/BL6KxkmvTq

Those who have followed the production of the movie, will note that the video of Batman and Catwoman riding away together is similar to that seen during filming in Liverpool. Will their relationship change as the movie goes on, and will they eventually work together?

As for the posters on show, these are similar to those shown in Liverpool too. You will note a mention of ‘Drop Heads’ seemingly in reference to Drop, a new drug doing the rounds in Gotham. In Liverpool ‘Drops’ was seen to be the subject of a Gotham Health Department campaign, but it still remains a mystery.  It’s also been noted that the logo could well be the work of The Scarecrow. Other posters on show give the impression that Gotham is a very dangerous place to be.

Batman is certainly going to be busy during this movie; having Catwoman (potentially) at his side might well prove welcome, if the new set pics from the The Batman are anything to go by; particularly as he’s apparently only 2 years in to being the crimefighting, caped crusader. The Scarecrow seems like he may be a very real presence in this movie, not only with the Drops drug, but the ‘Fear’ posters littered among Gotham also hint at this.

Just got back from visiting #TheBatman set 👀🦇 pic.twitter.com/OeaBXdboA6

Either way, this new substance will not doing anything good for the citizens of Gotham City.

Things are looking good on The Batman movie, and I’m particularly excited for what’s ahead. I therefore ask, what are your thoughts on what we’ve seen so far? Please let us know.