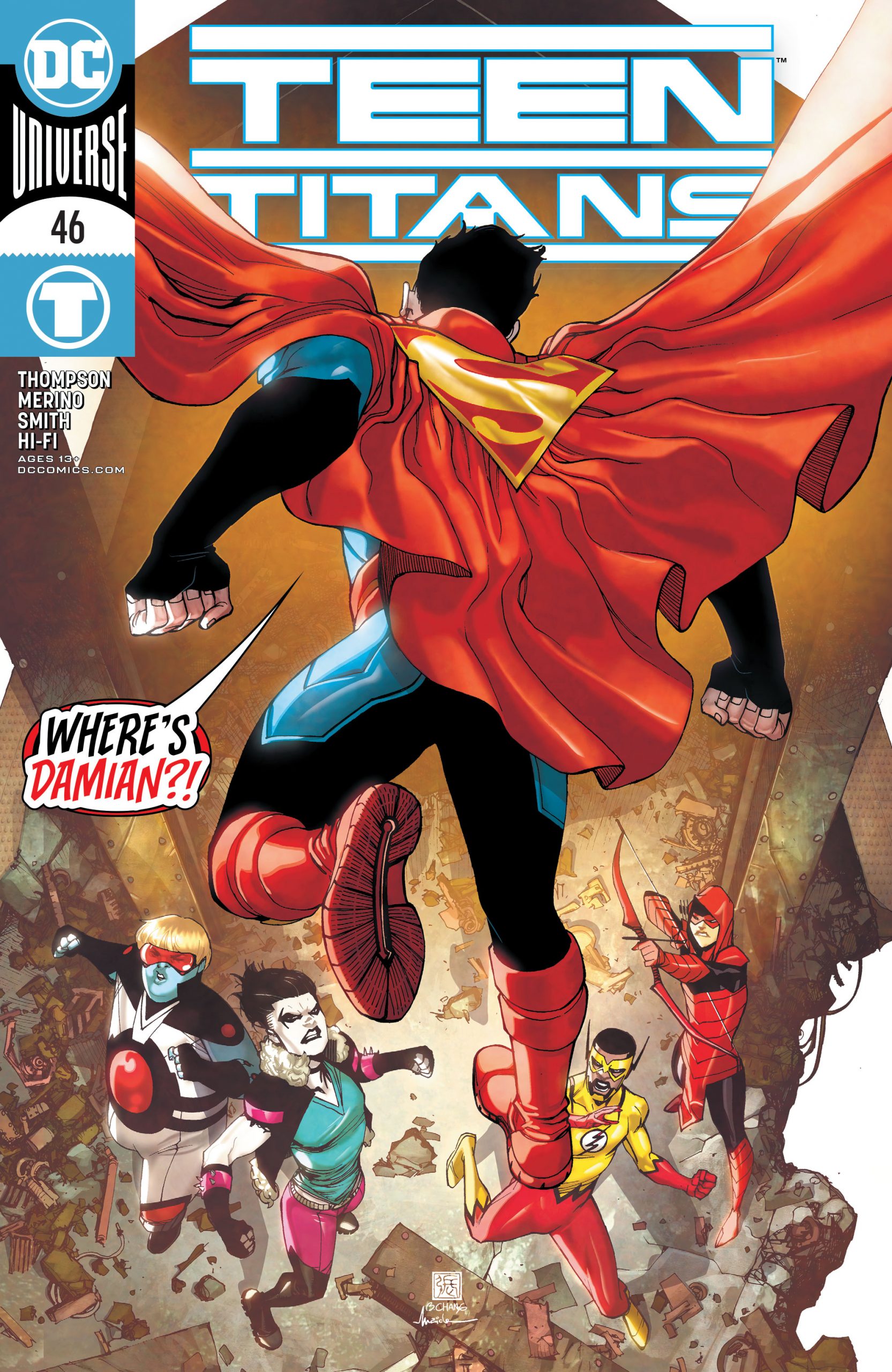 Robin’s gone AWOL and the team are still dealing with the consequences, but now they’ve got a little help from none other than Superboy. Teen Titans #46 was set to be a mammoth issue, thanks to the the addition of the Teen super hero, but did it deliver? Well let’s have delve a little deeper into this months offering, and see.

In short I’m going to say no, I don’t feel like it did. I feel that Conner Kent was hugely underused, aside from a half way decent action sequence. I say half way as it felt like the whole team and Superboy’s abilities were scaled back. It was basically an easy win for the team that was made to look difficult, and then it kind of wasn’t. So yeah, half way decent is probably about right.

Outwith the action we’re still being subjected to the “Are we a team?” question. I’ll be honest, for me that subject’s run its course. Now we need to see them be a team, and not question it constantly. I get it, its been the undercurrent through the last few arcs, but come on… enough is enough. 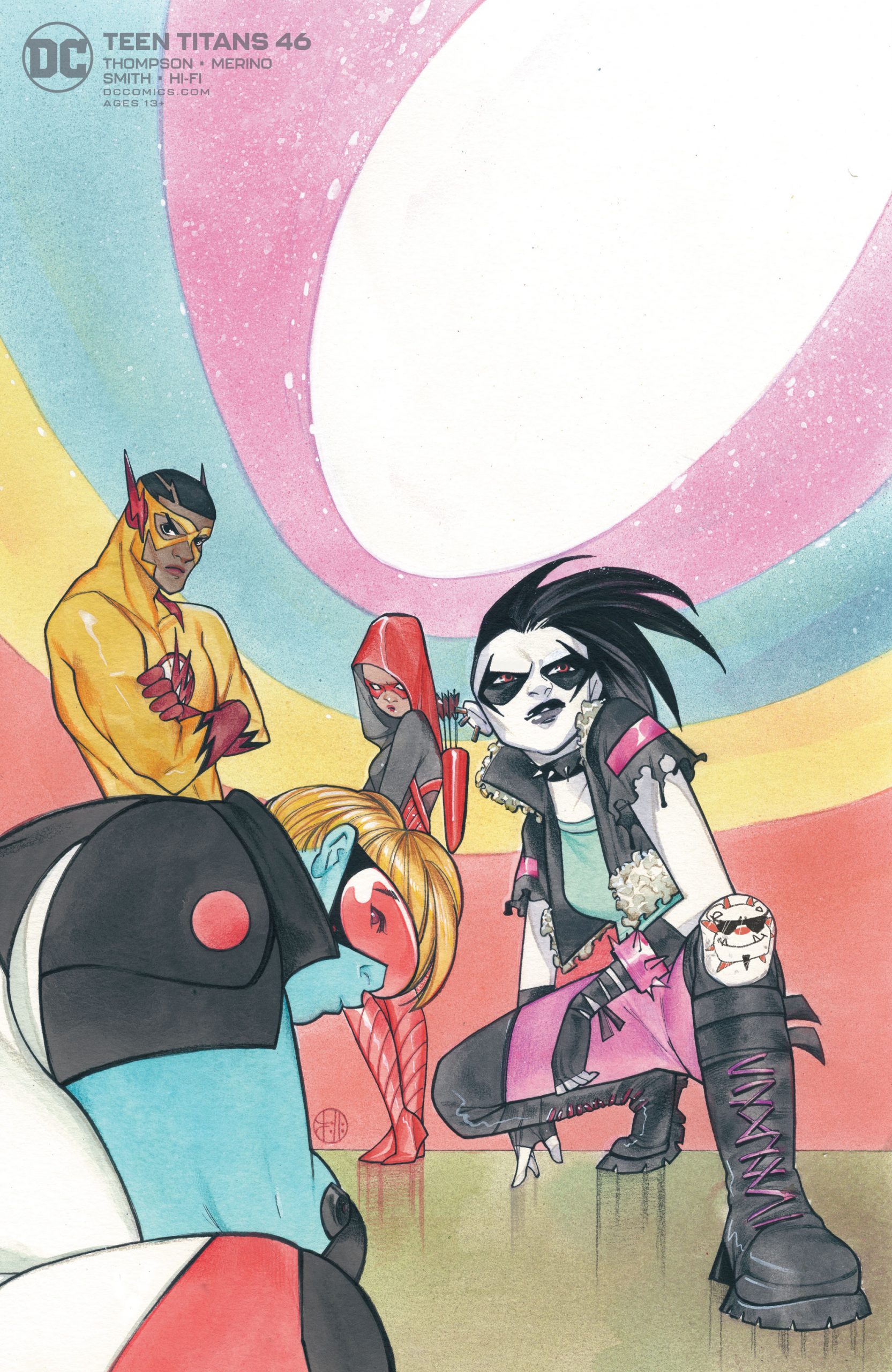 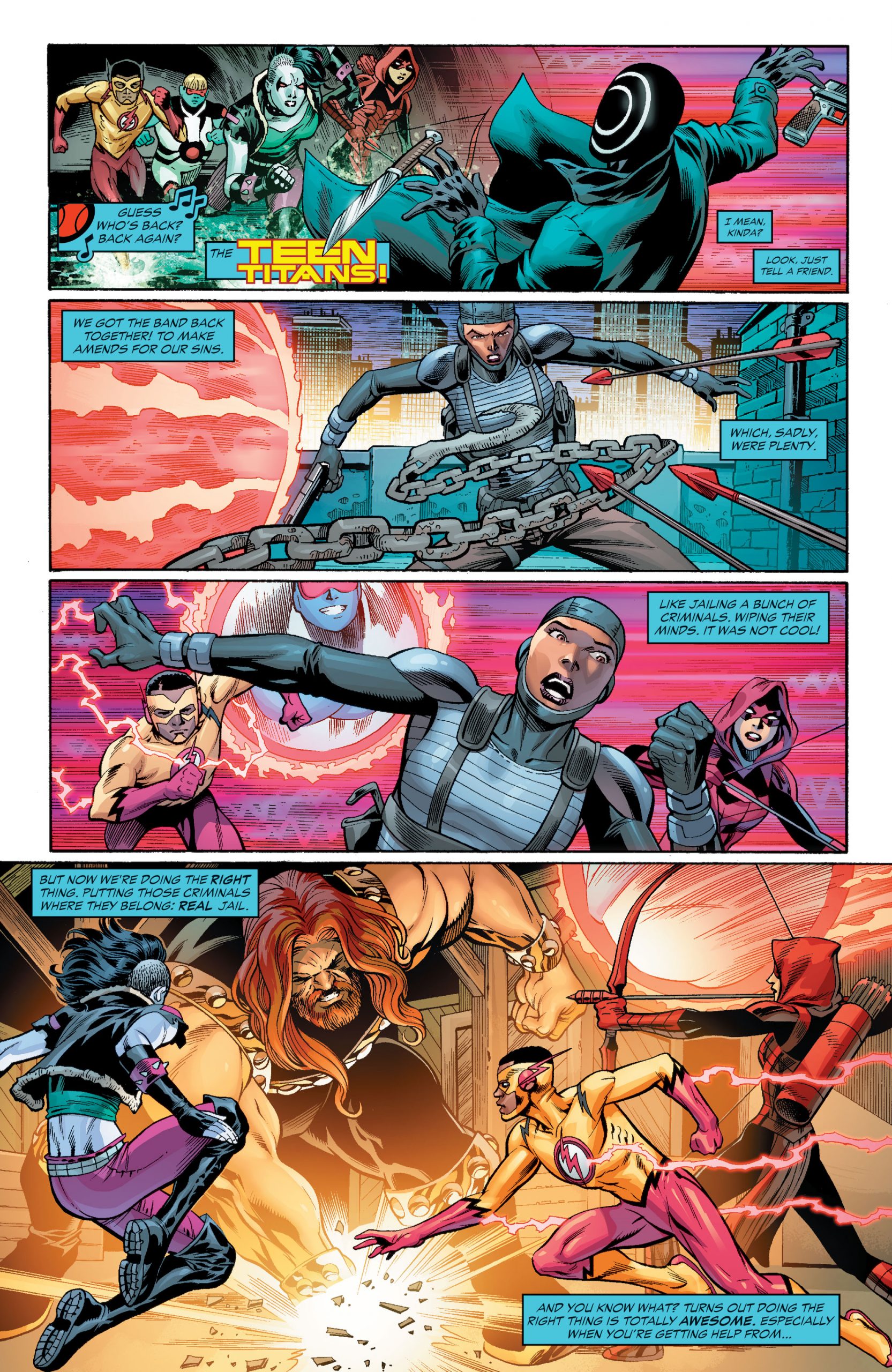 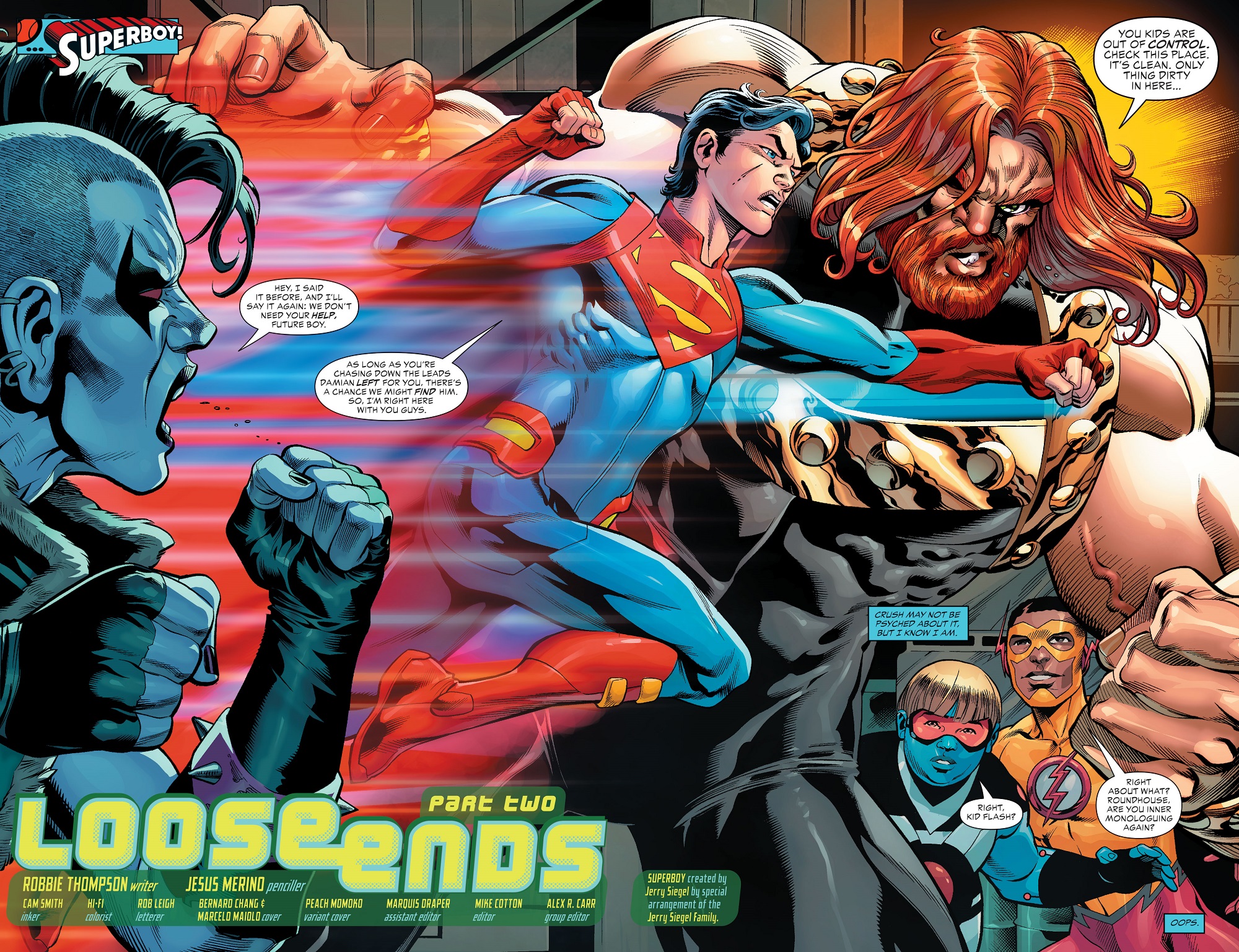 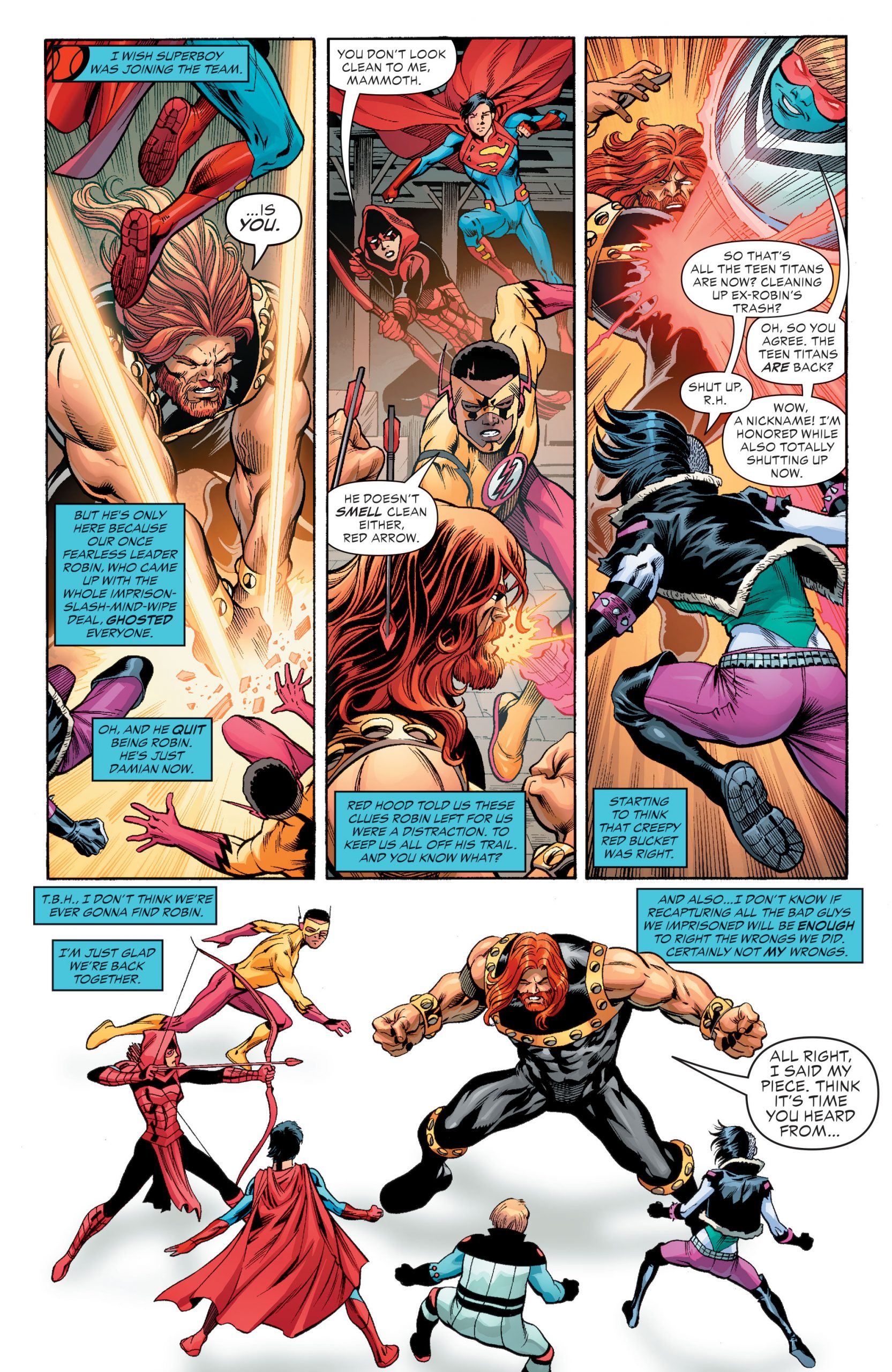 There’s some good dialogue between Kid Flash and Red Arrow, and the realisation that they are in fact Teens is something that could be well utilised going forward, but I did feel that it was a bit awkwardly written.

I don’t want to sound completely negative, if anything about Teen Titans #46 delivered, then it was the art. Merino and Smith produced great examples of dynamic action sequences, but also managed to highlight the characters emotions when called for, particularly the scenes with Red Arrow and Kid Flash. Backed up with Hi-Fi on color duties and you’re on to a winner. I never get tired of seeing Hi-Fi bringing bold and vivid palettes to really bring it all to life.

All in all not the best issue. Between underused characters, and repeated dialogue, it just didn’t feel like the comic I was expecting. It feels like  more of a filler issue, almost as if they’re trying to drag the story out a bit longer. The art was great, so that’s at least a positive. There’re enough loose ends to keep us all interested, and the arc still has potential, so let’s hope that issue #47 continues the great run they’ve had up until now.