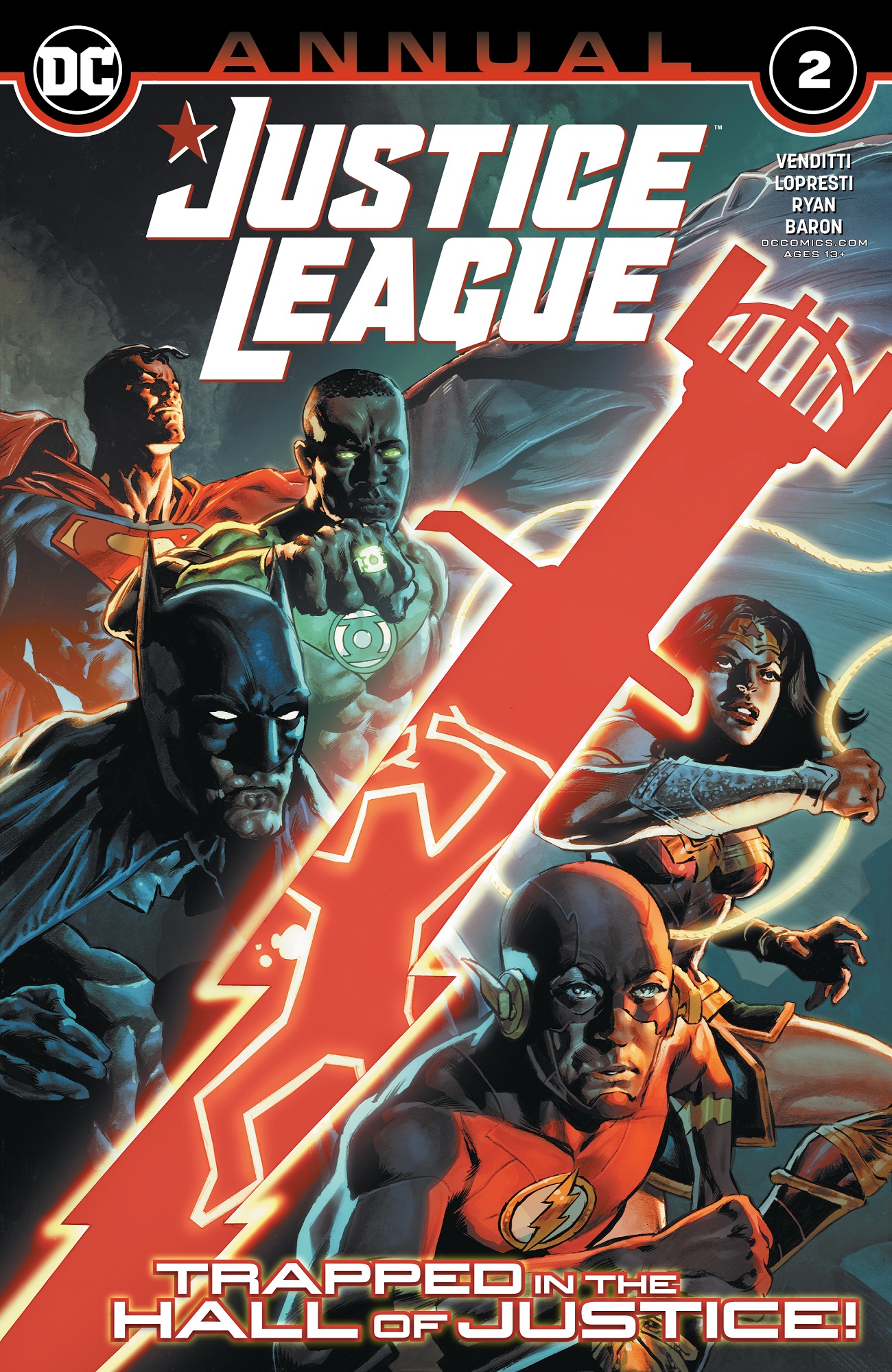 As the League gathers at the Hall of Justice to investigate a murder, they stumble into a death trap, in this week’s Justice League Annual #2.

When Batman finds a mysterious corpse lying in Hall of Justice, he immediately summons the team. Upon inspecting the body, the League is left with more questions than answers. When they then access the Hall of Justice’s security footage, they realize that someone has deleted footage. In short, someone has compromised the Hall of Justice – a building believed to be impenetrable.

Just when the League was about to continue their investigation, the Hall of Justice goes into lockdown mode. The Hall’s security system initiates security protocols to disable villains such as Zod, Zoom, and Sinestro – each of which adversely affects a different member of the League. Therefore, our heroes are trapped in a cage of their own making.

Robert Venditti returns as the writer for this week’s issue, and unfortunately, his script is somewhat uneven. While his story has a clever concept, which relates to his short tenure on the title, there are a couple of moments where the issue exhibits some sloppy writing. For example, after the aforementioned security protocols are triggered, Superman acutely observes the following:

Each of us helped design the hall to beat attacks from our most dangerous adversaries. Adversaries with abilities identical to our own. Now the hall is in combat mode, and it’s fighting us. 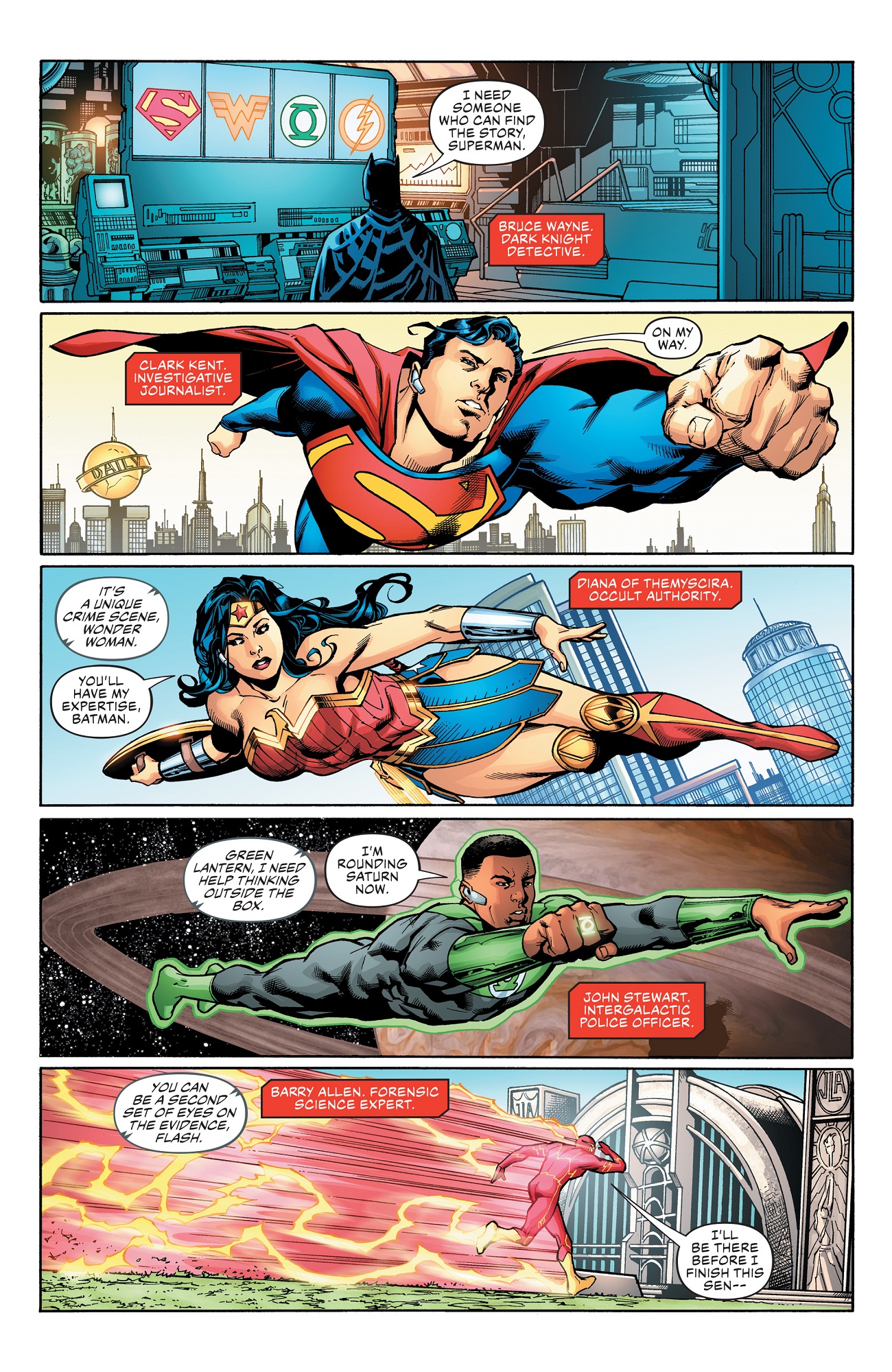 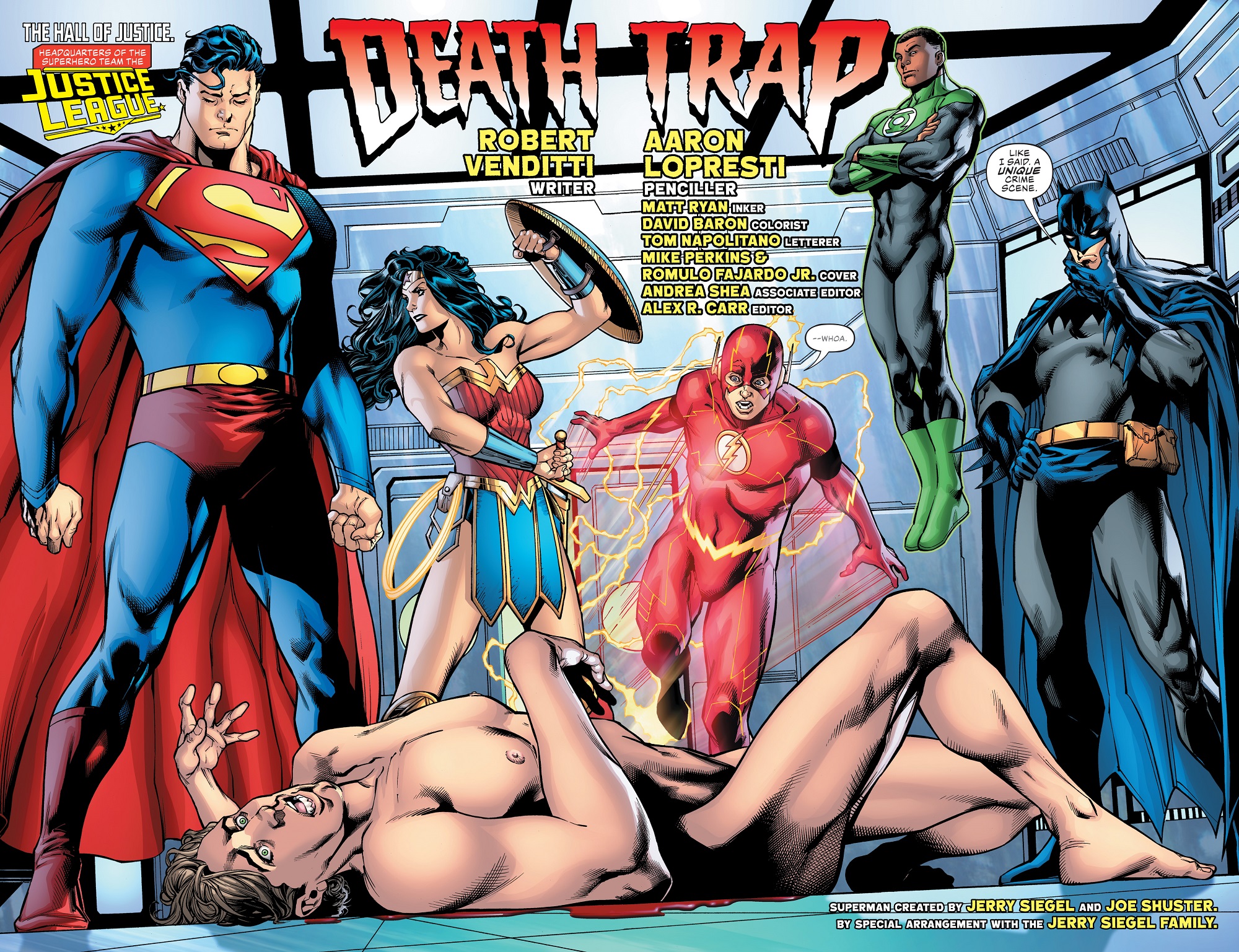 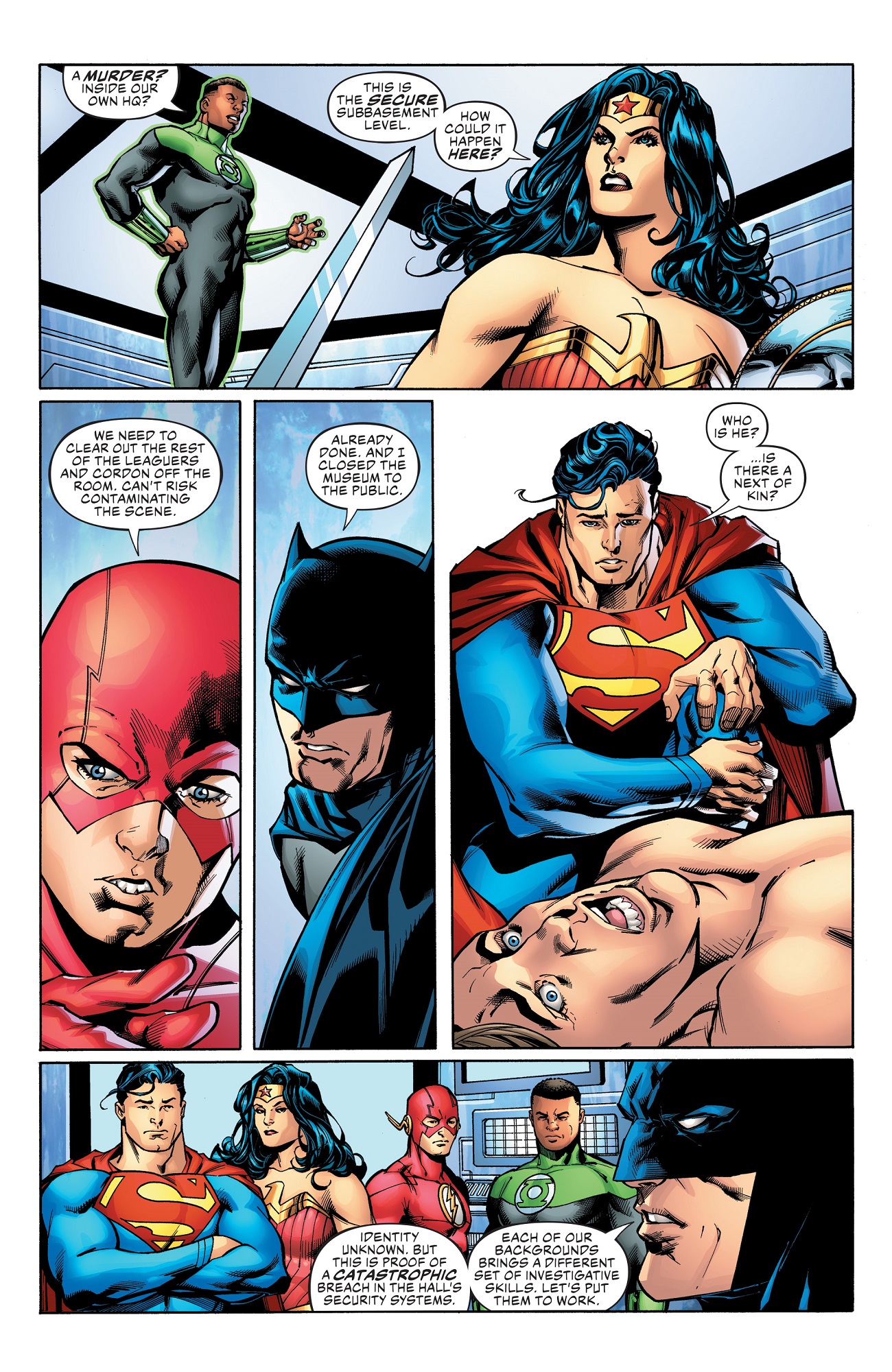 This quote wouldn’t have been an issue if the Hall hadn’t just announced each of the different protocols, which then proceeded to disable each member of the Justice League. My point is that the dialogue is redundant and unnecessary. It doesn’t take a genius for the reader to come to Superman’s conclusion, just based on what was shown in the book.

Aaron Lopresti also returns to Justice League, but he doesn’t really return in full force. Lopresti’s work seems rushed in this issue, lacking detail and precision. Usually, he’s a solid-meat-and potatoes artist – nothing to write home about, but also nothing to cry about. Alas, Justice League Annual #2 seems sloppy. Superman’s face looks strange at times and the Flash also looks flat. I don’t know if Lopresti was rushing to meet his deadline, but this is by no means his best work.

Justice League Annual #2, frankly, is unnecessary. While Venditti’s story is amusing, it has no bearing on the current events consuming the DCU. It felt a little like DC just wanted to put out another issue this year, in order to make an extra buck.

Final Verdict: Unless you’re a die-hard fan of Venditti’s Justice League run, you can skip this one. I promise you won’t be missing much.