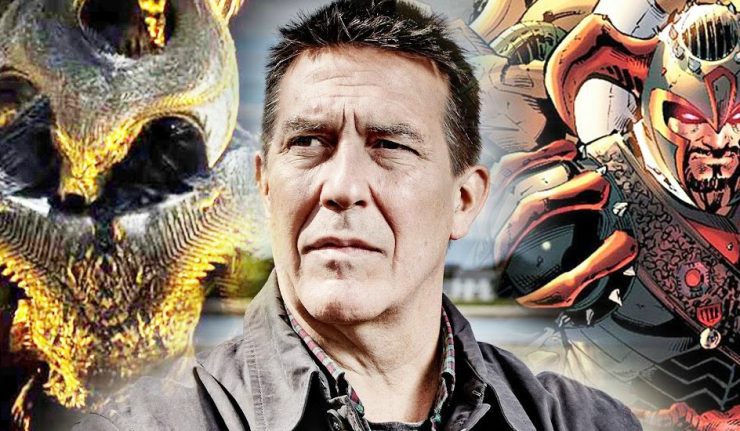 It’s a known fact that the Justice League has its fair share of critics. Some would argue that the biggest complaint was about Steppenwolf. This is through no fault of the actor himself, who carried out all his work in a booth being motion-captured; but more the rushed design of the character. Still, it was much better than the Superman’s ‘tache removal… right?

It’s safe to say that Hinds hasn’t had a lot to say on the matter compared to other actors, but he is happy that Snyder’s vision will be seen. He also commented that he didn’t know much about the comments made on alleged abuses during filming of the movie.

On the alleged abuses and whether he witnessed anything on set, Hinds stated…

All the work I did was almost completely solitary. The pick-ups I did were just in a studio in London. I was a gun for hire who came in to clean up one or two bits they wanted to do, but I really wasn’t there long enough to form any particular opinion apart from trying to help fulfil my contract.

The Snyder Cut of Justice League is to be released as a four-part limited series event on HBO Max next year. I have no doubt that those who read this will be aware of a number of changes that are to be part of this cut.  One particular moment has all fans excited; Superman wearing the black and silver suit that we saw in the Reign of the Supermen comic book storyline.  It looks like we’ll also be seeing a history of the New Gods, and the first big screen appearance of Darkseid.  These are but a few changes/additions we will see, which will include a new look for Steppenwolf. It’s an exciting time to be a DC Comics fan; I for one cannot wait to see this.

How about you?  Are you excited to see what comes next year? What are your own hopes for the movie? Let us know below or on our social media pages.