The temperature is rising and tempers are getting frayed, and I’m not just talking about the effects of the current London heatwave! It’s Harley Quinn vs Punchline round two, in this great first look at Batman #98 – “Joker War” Part Four, which hits stores next month:

In Batman #93, class was definitely in session as Punchline took Harley Quinn to school in a no holds barred throwdown for the ages! Although she was left for dead, reports of Harley’s demise were “greatly exaggerated” (with apologies to Mark Twain) and she’s the only one left to help Batman recover from the effects of the strongest Joker toxin attack yet! As she helps him overcome his wild hallucinations, Punchline returns to finish the job she started, and you can bet Harley will be looking for some serious payback.

Here’s a preview of Batman #98, which goes on sale Tuesday, September 1! 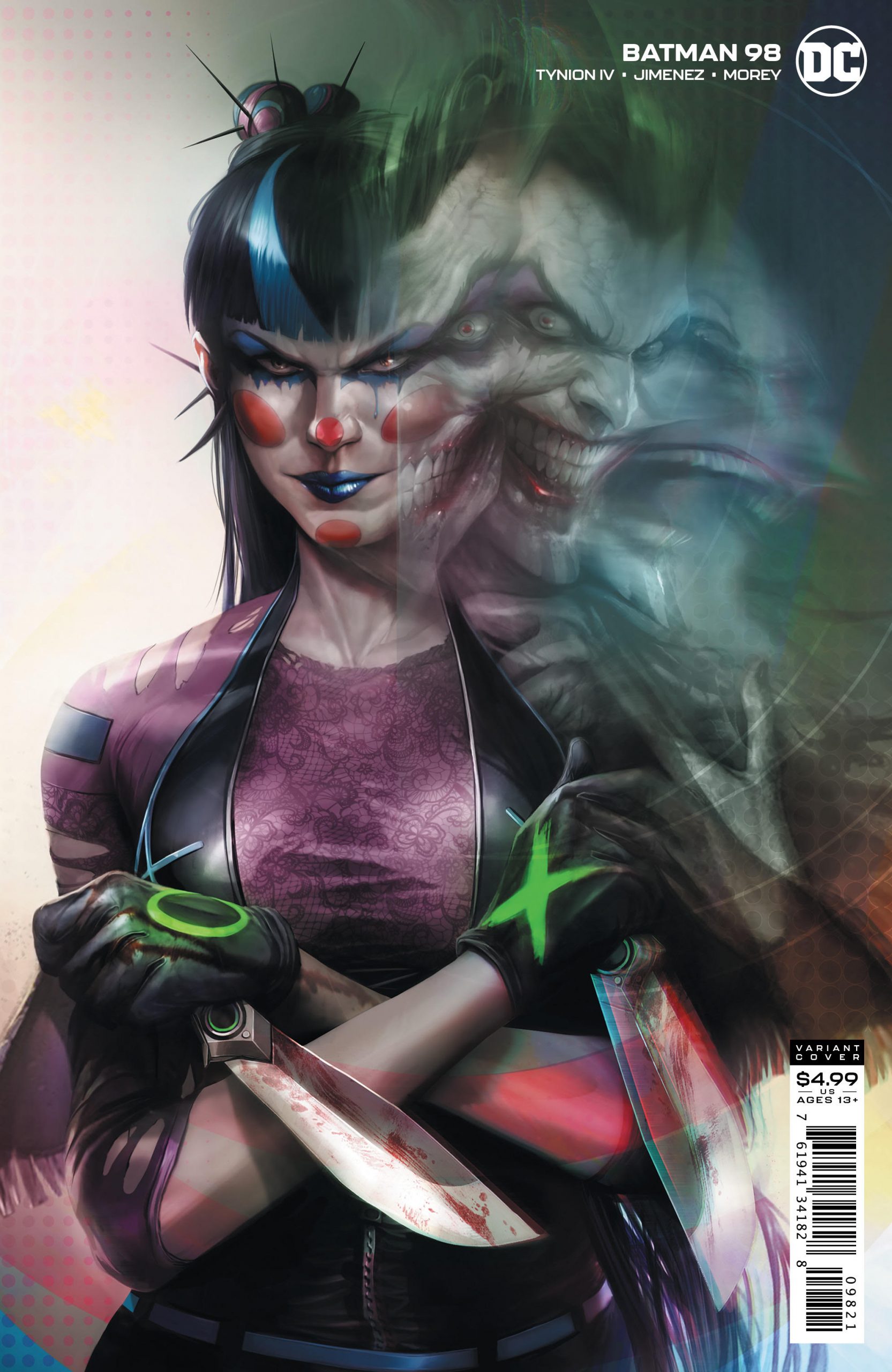 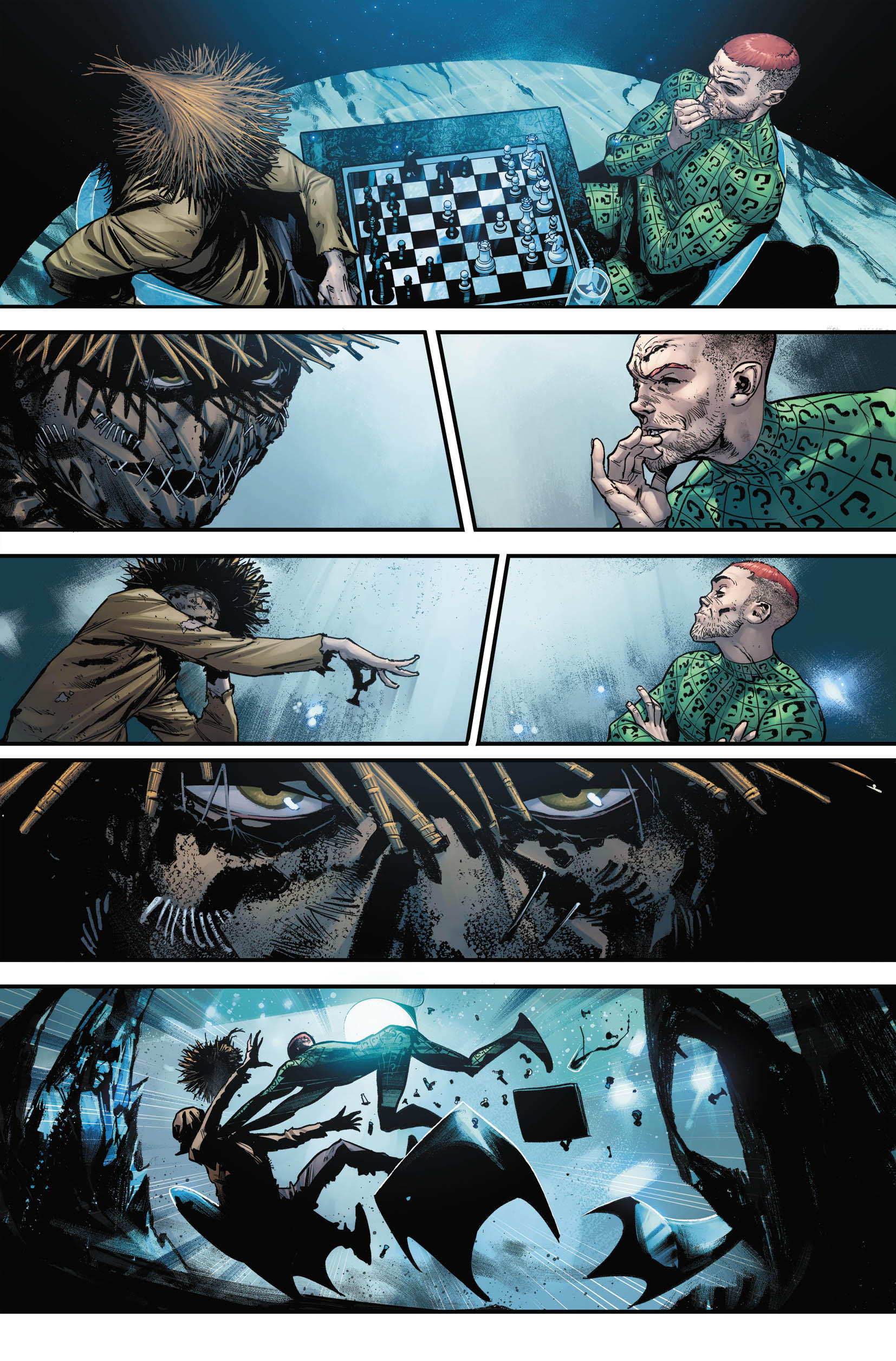 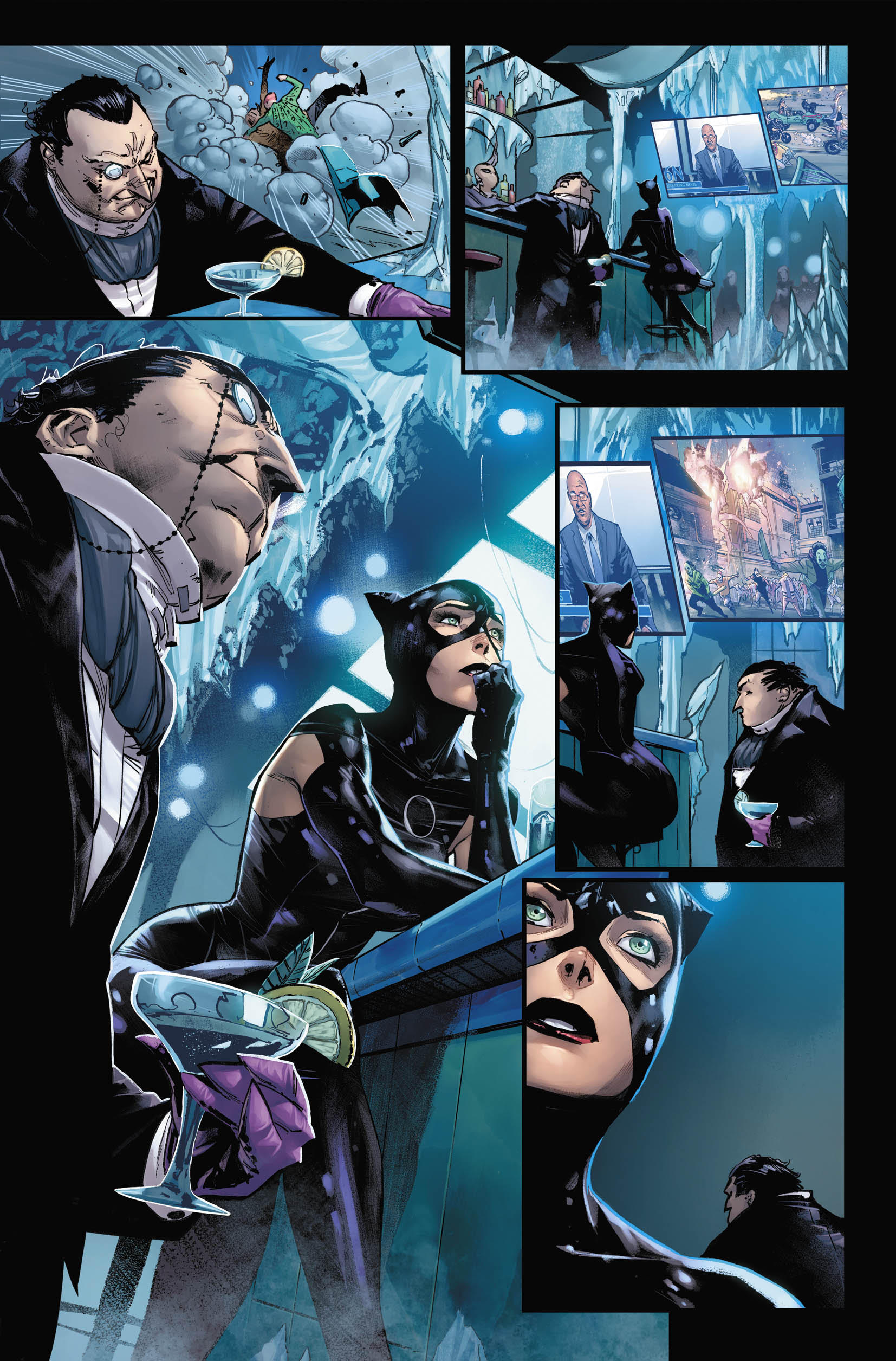 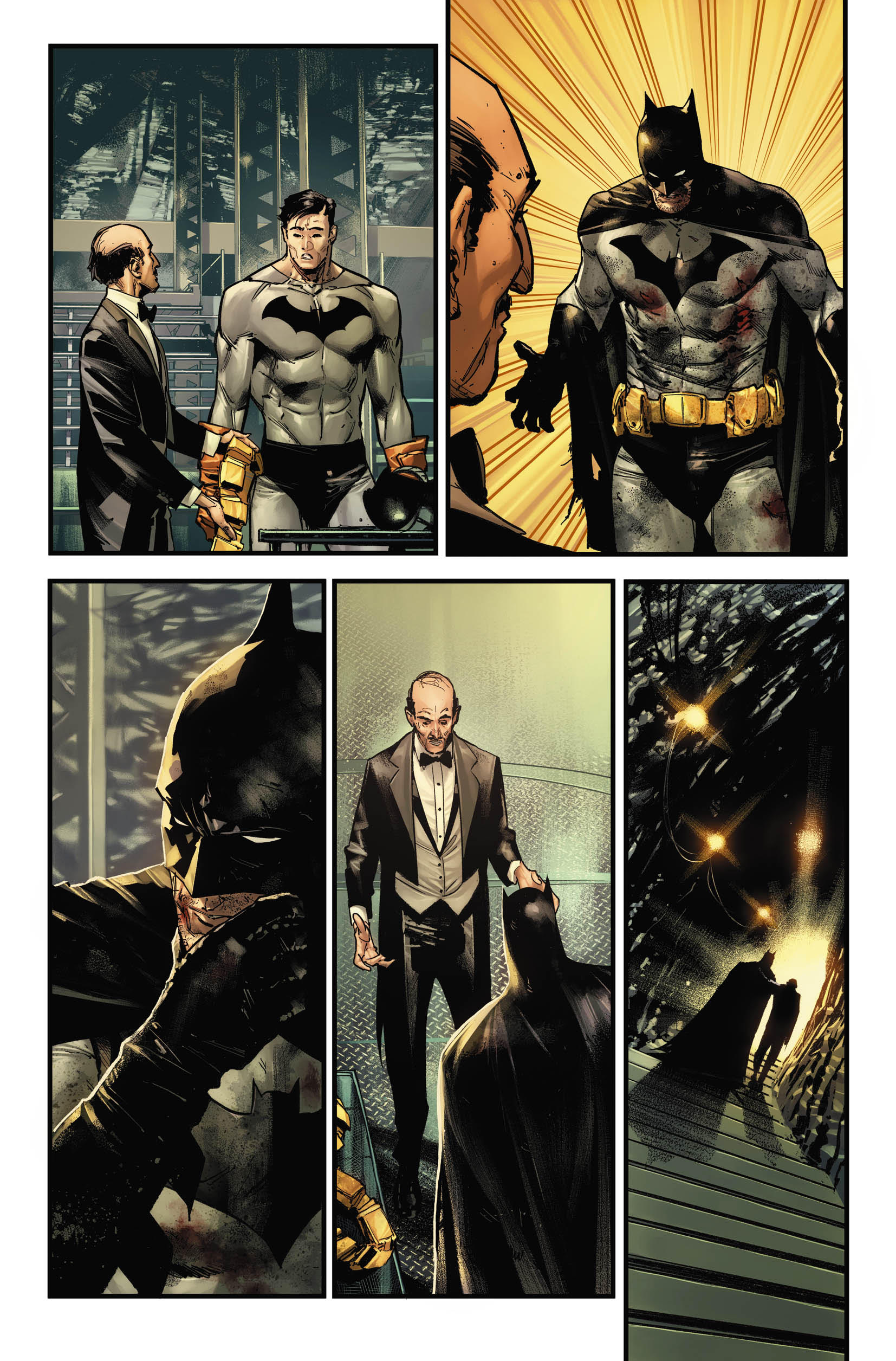 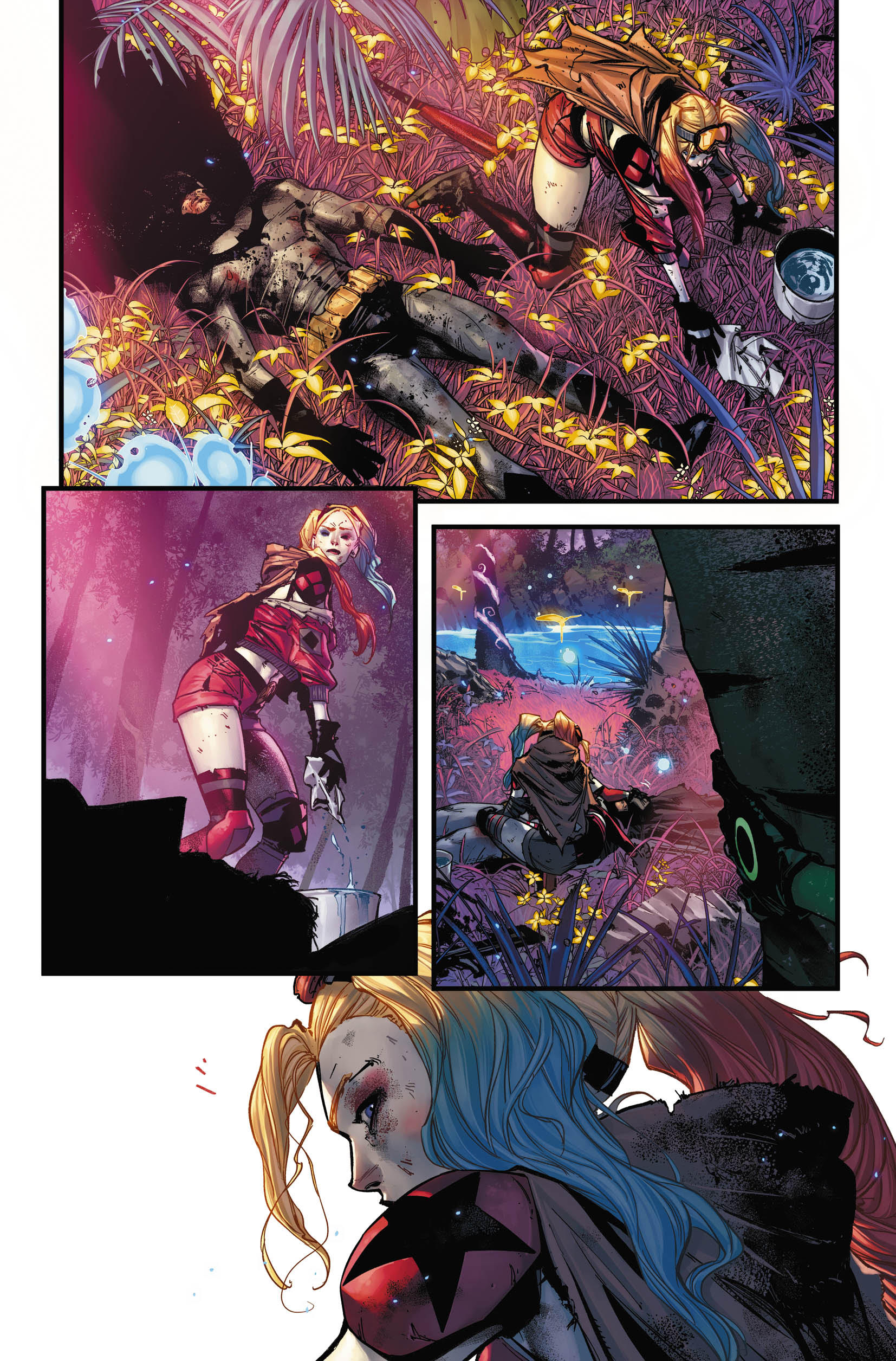 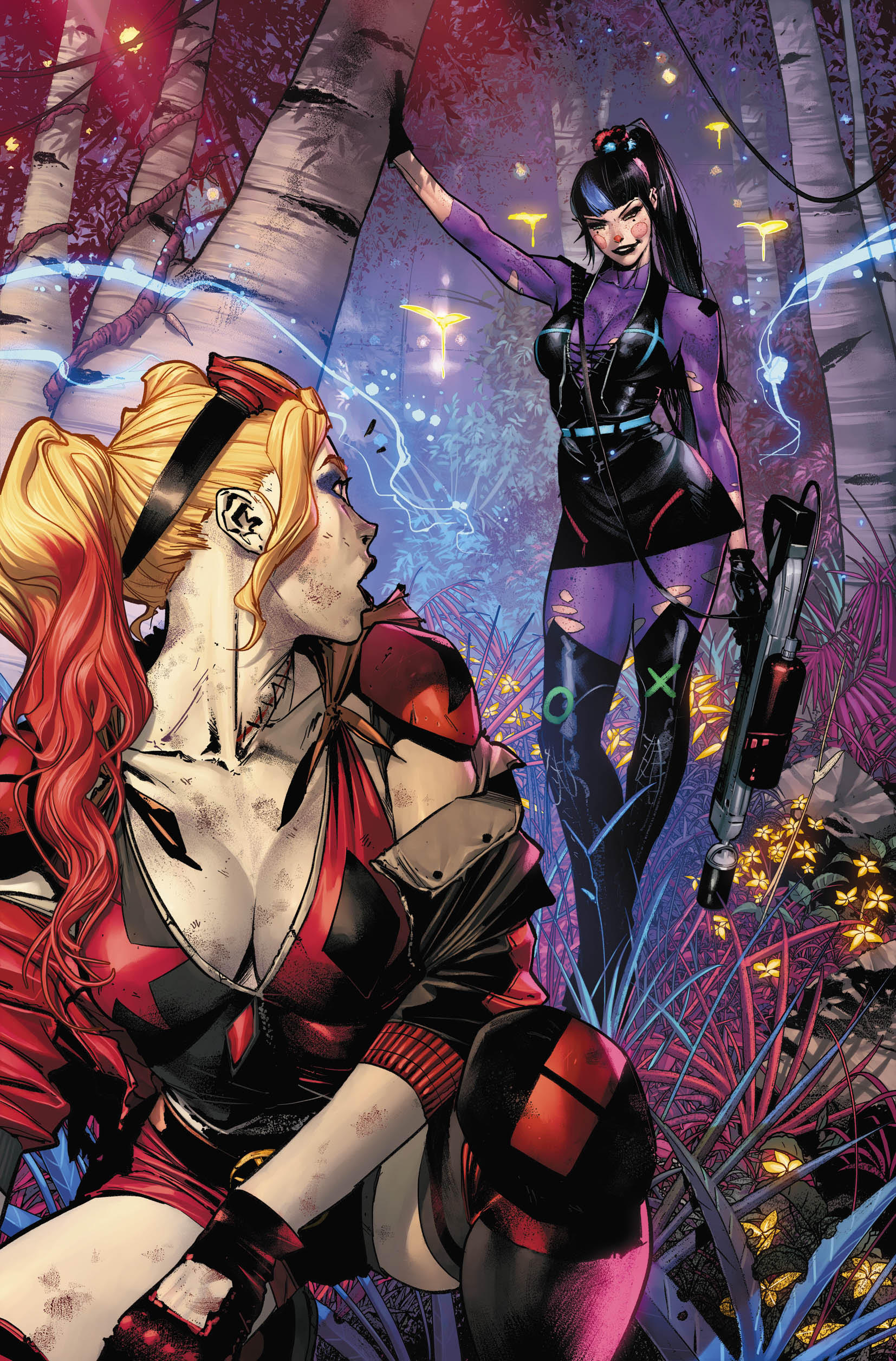 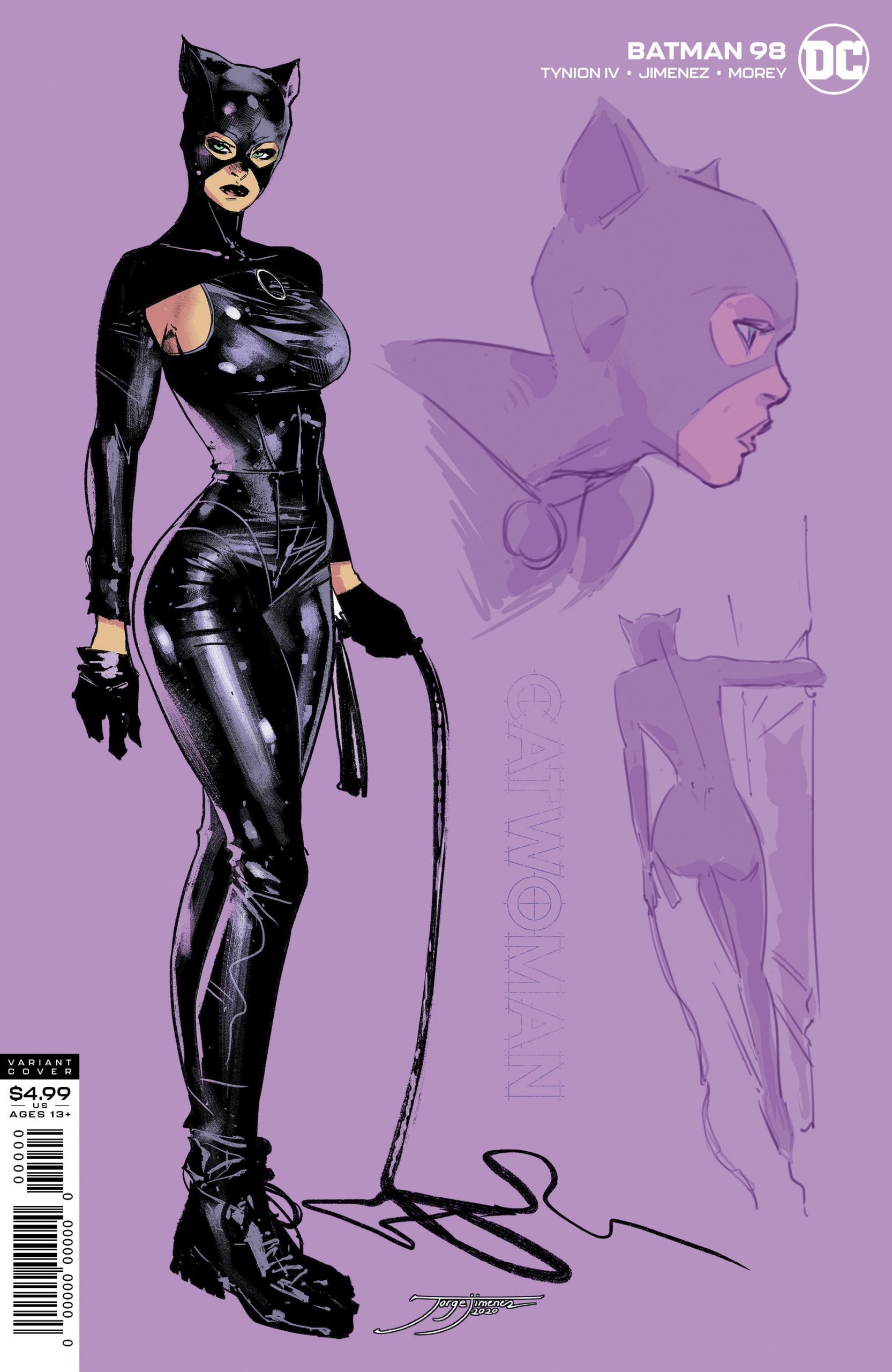 “The Joker War” part four of six! Batman is at his most vulnerable following a massive dose of an experimental new Joker toxin. With the Dark Knight haunted by demons and visions, it’s up to Harley Quinn to protect him while he recovers—because Punchline is on her way! 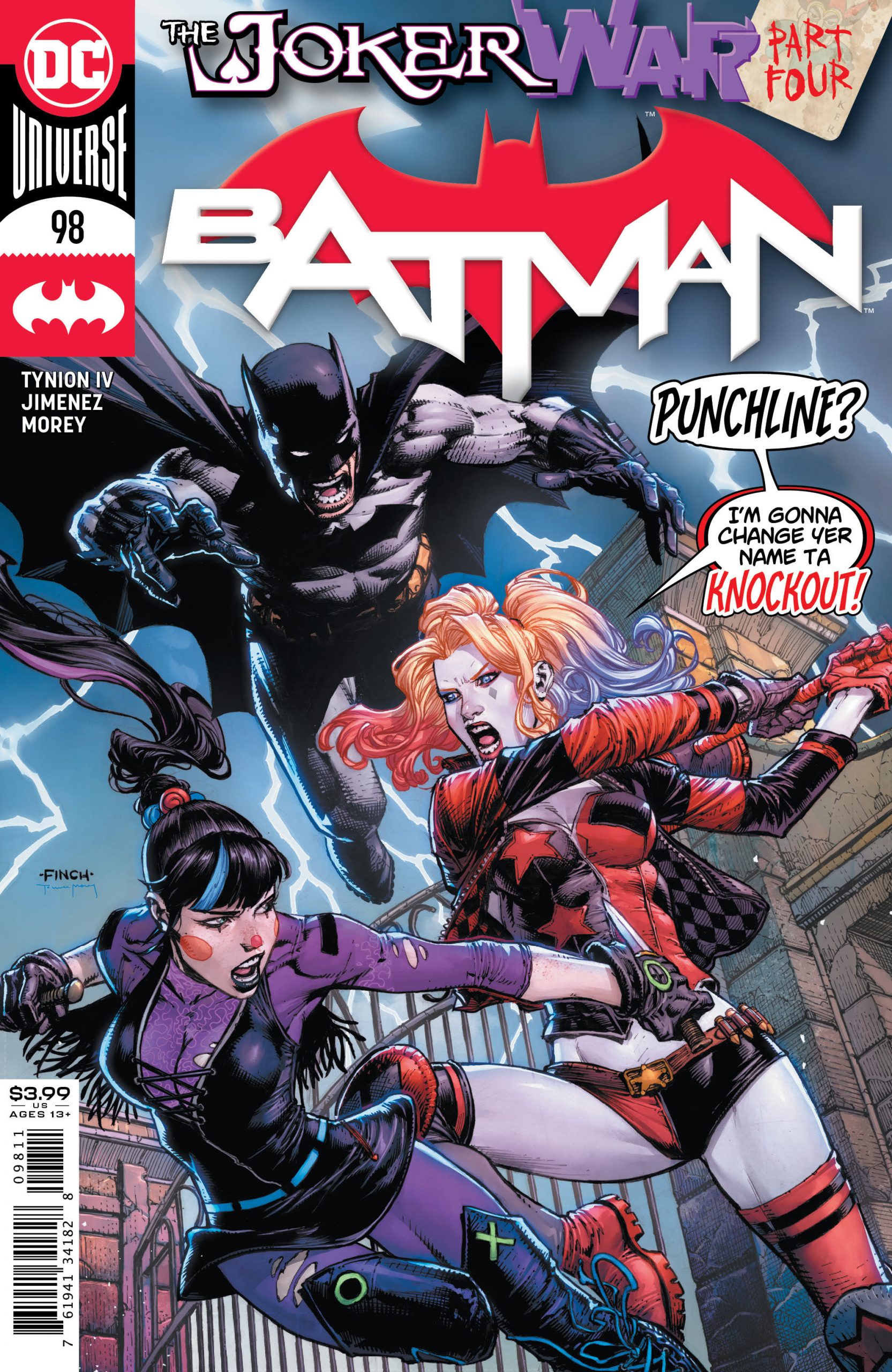