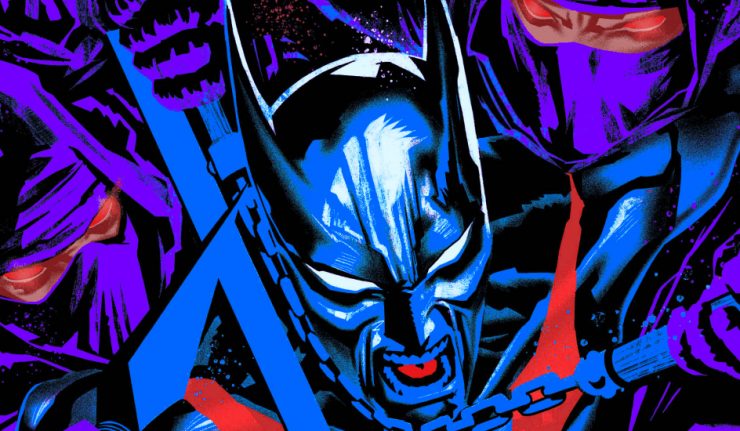 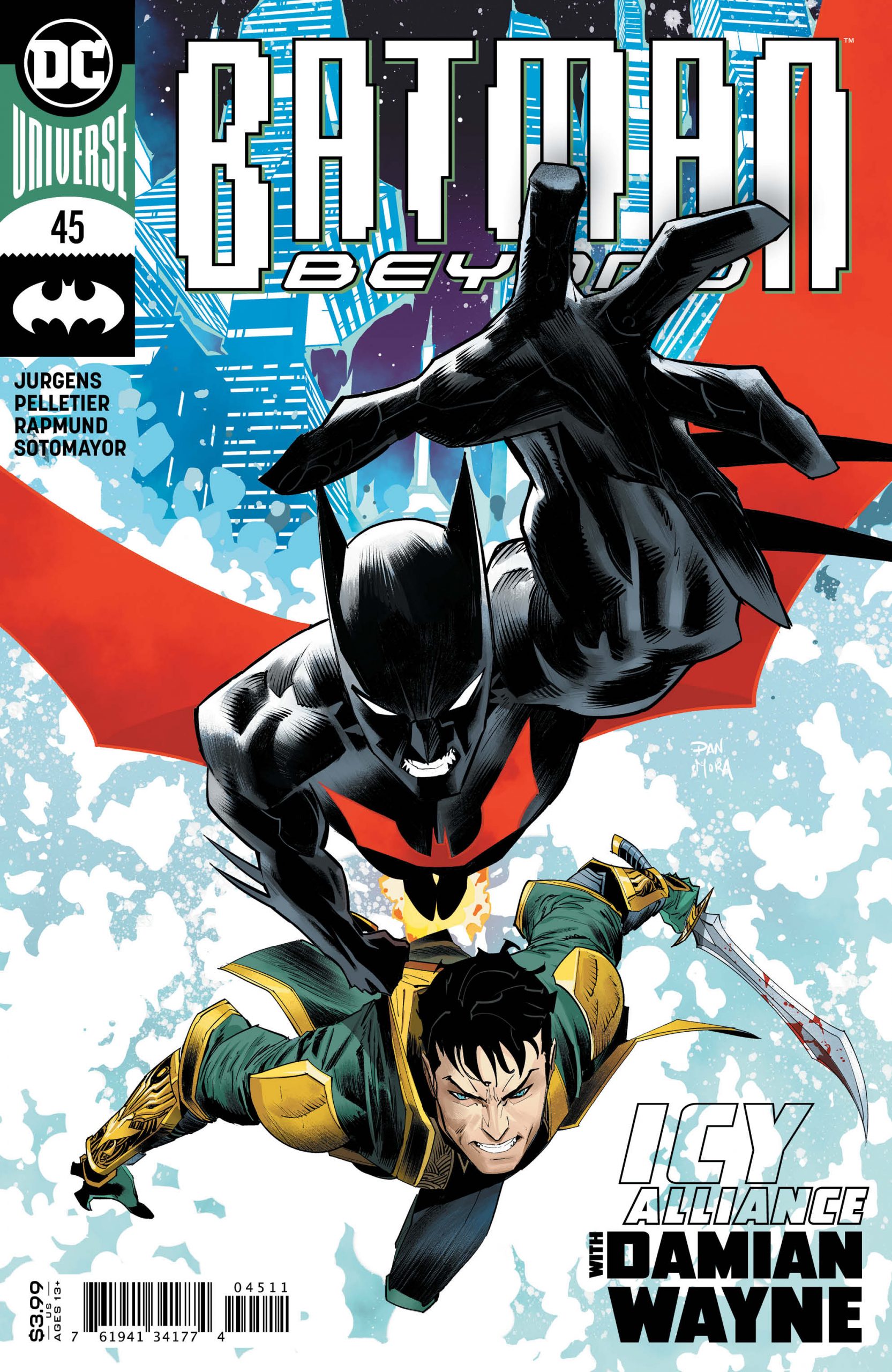 This issue gives us the perfect pairing of context and action. We see choices from the past, and how they led us here, and the roaring consequences of those decisions. Batman Beyond #45, gives us the next logical step in the story. We see the vision of a future League of Assassins at their prime, with all the threat that they possess, and a Bat Family working at its finest, and the unexpected looming danger ahead. This is an issue which shows pulp action, with a sci-fi backdrop brilliantly.

I’ve heard it said that the Bat Family is a true family. Most other gaggles of characters in Comics are simply teams, or friend groups. The Bat Family feels the most like a true family. As the vision of the future has expanded, we see wonderful character moments where this extended Bat Family all interact in loving, but realistic ways. The friendly jibes and jokes abound, but the characters then all come together, to defeat the threat. 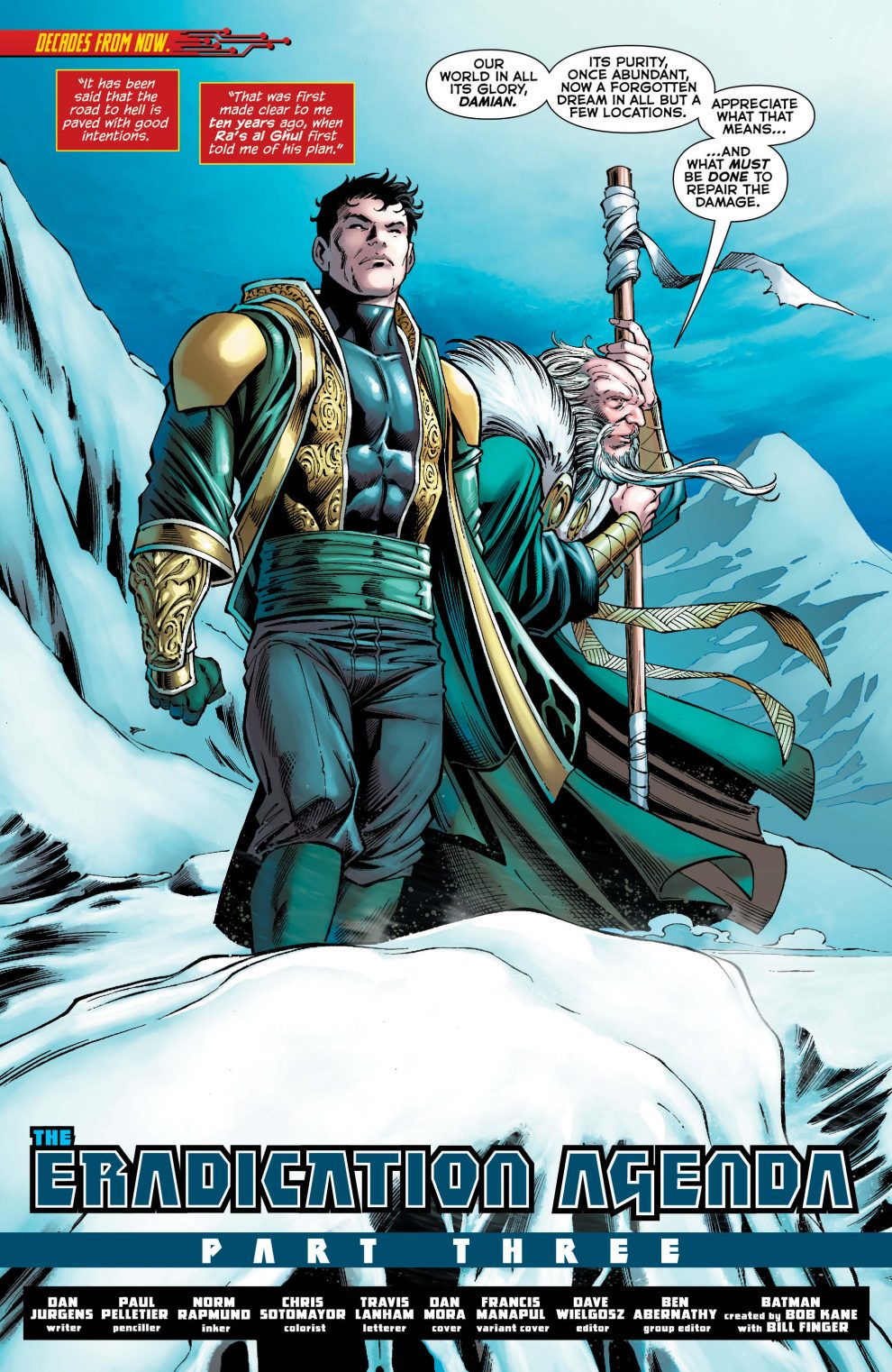 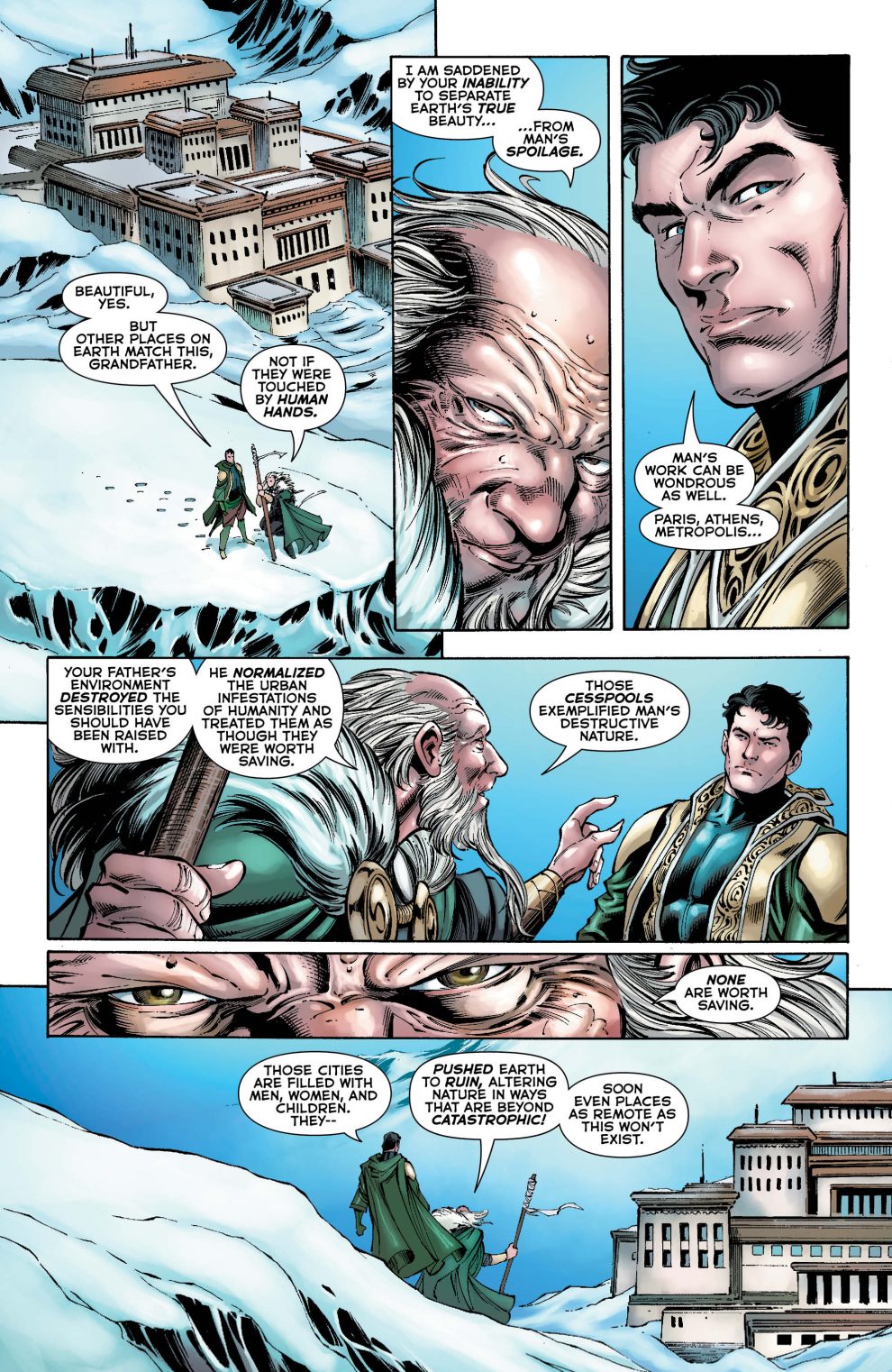 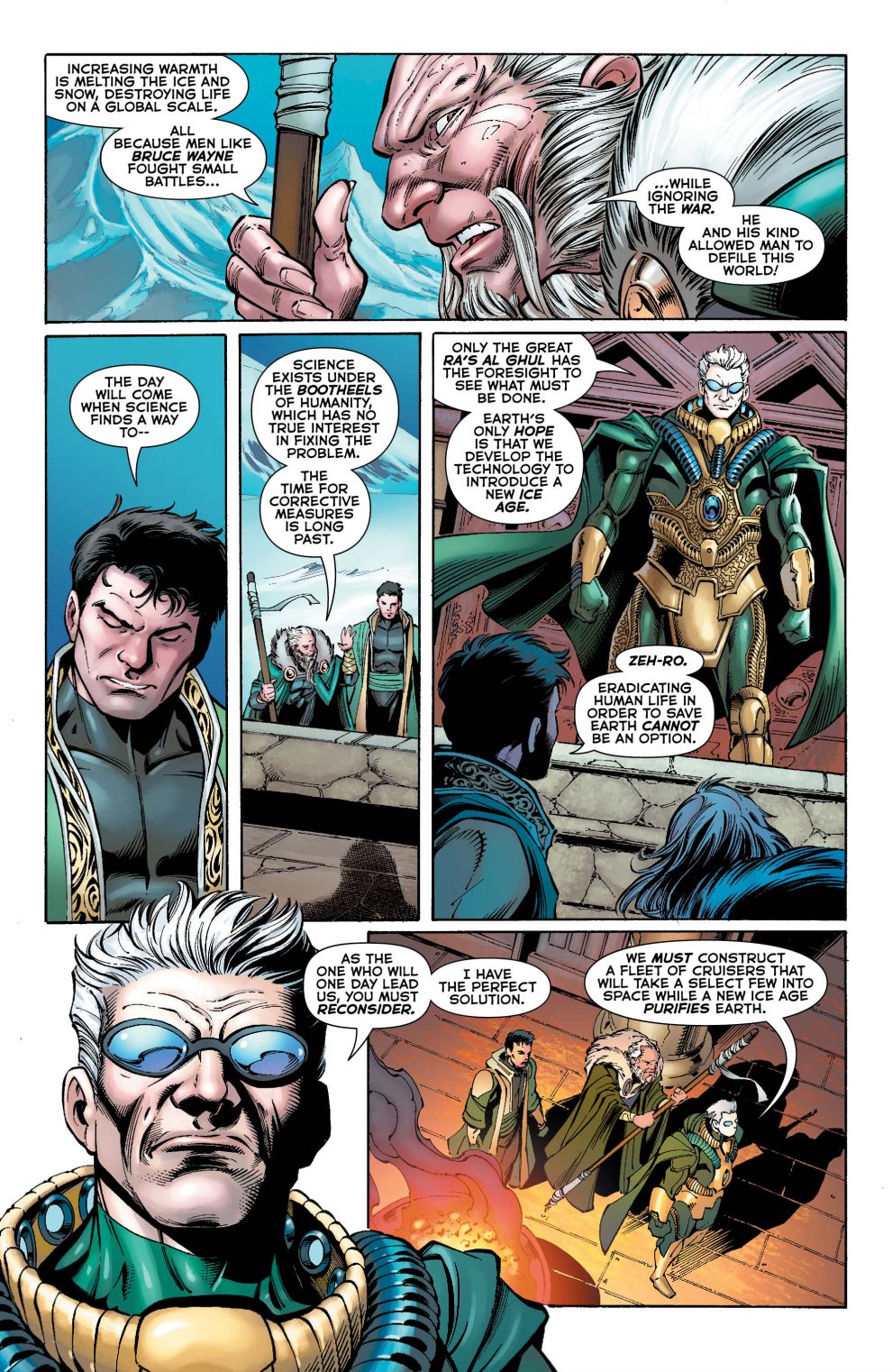 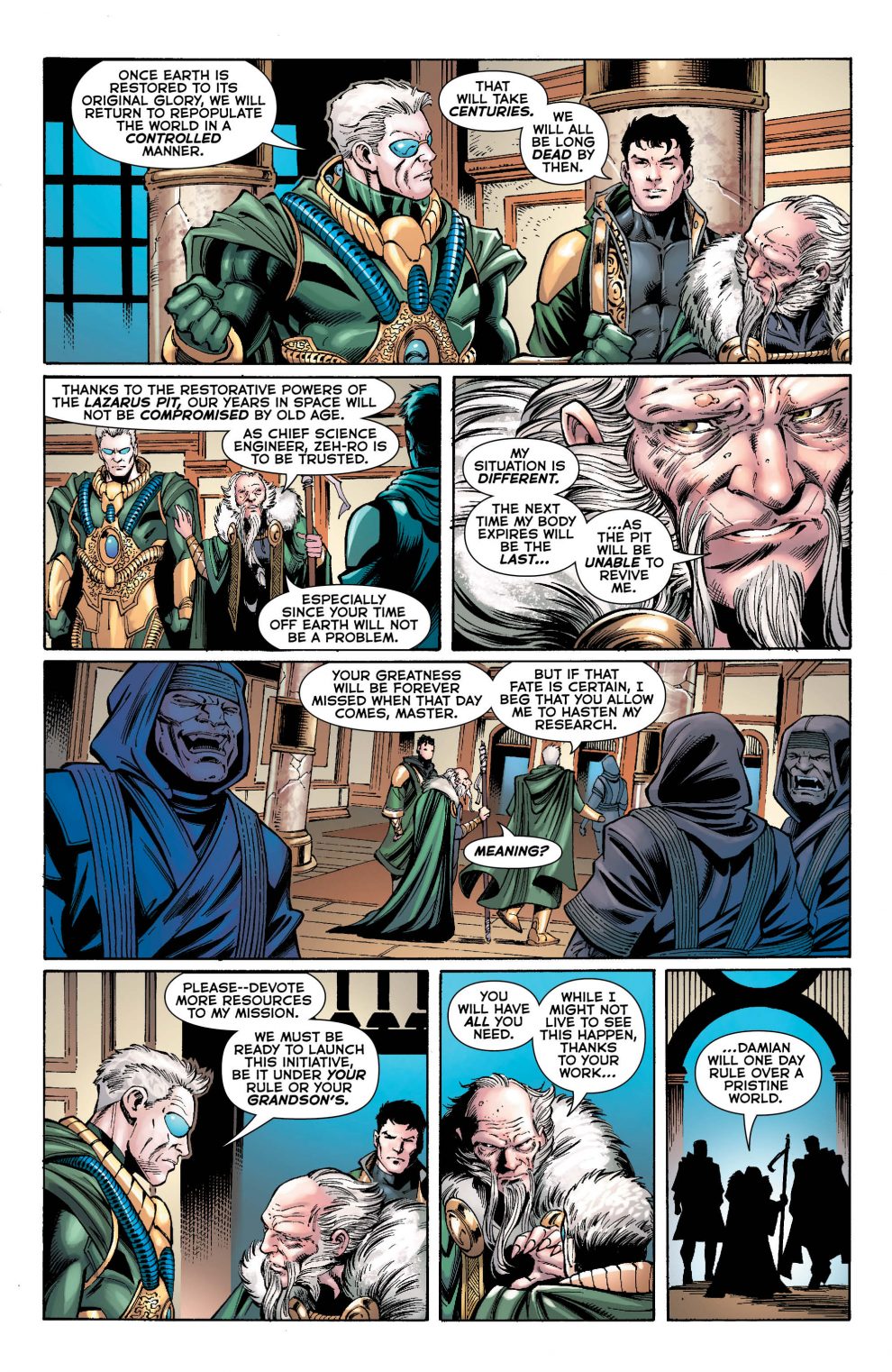 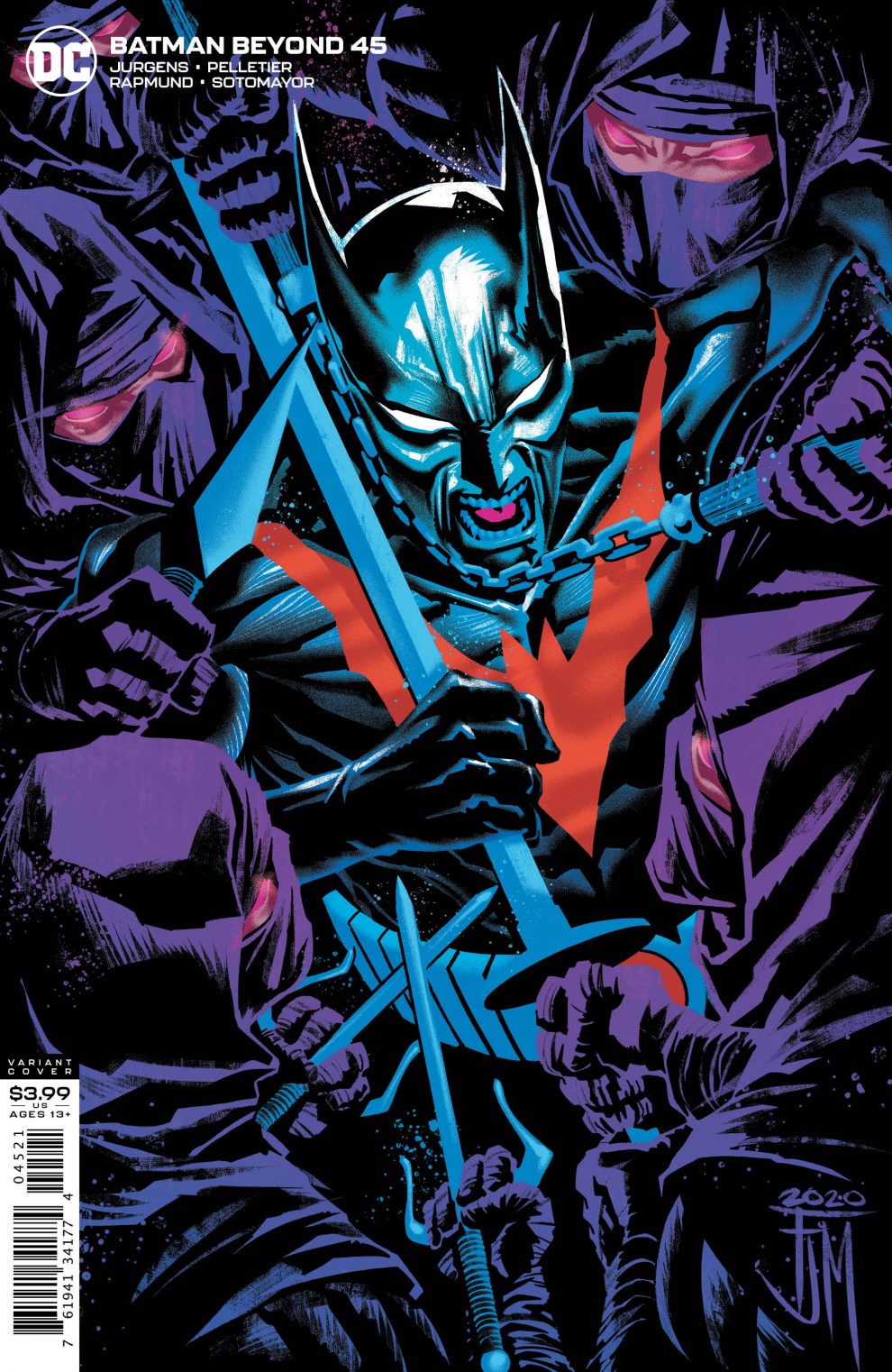 The action in Batman Beyond #45 feels immense and grandiose, as we’re all caught in a battle in the sky; even if we can’t tell who’s in relation to where, who’s fighting what, or how some characters are flying… I’d call that chaotic and messy, though I suppose it all adds to the chaos of the battle.

I appreciate any story that makes an effort to show things we thought we knew in a new way. This future vision of the League of Assassins is a far more scary threat than the today’s iteration. We’re treated to context from earlier issues, and we see them at their worst here. Going into the final chapters, it seems that this may be a threat too great for even the assembled Bat Family, making ongoing reading even more irresistible.