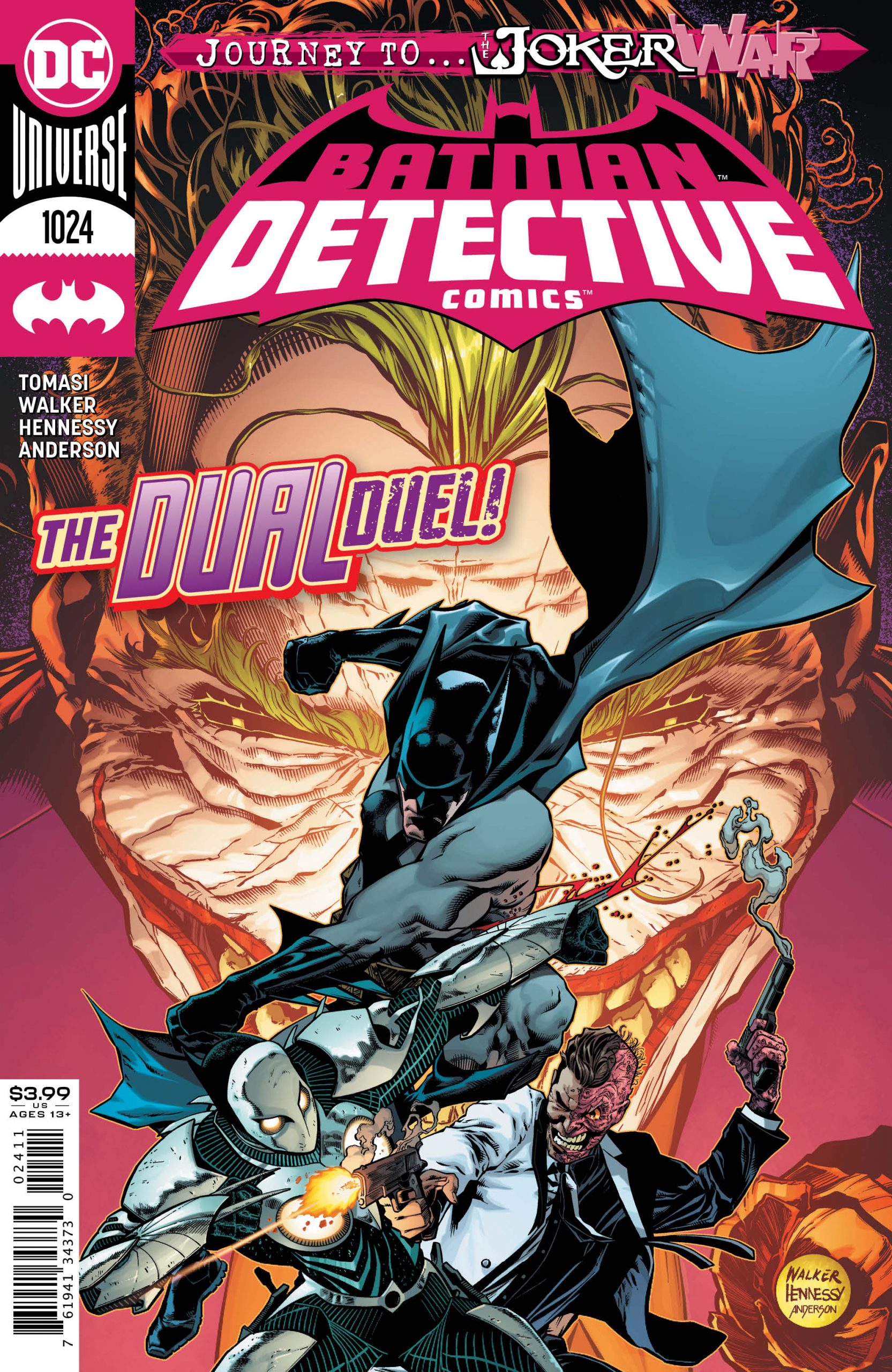 Detective Comics #1024 sees our hero teaming up with an unlikely ally, as Two-Face’s cohorts and the Court Of Owls’ Talons – led by Lincoln March –  bring the battle to Gotham. The Joker War is here.

The first shots have already been fired, both in Detective Comics, and Nightwing, all of which lead to the main event, in this week’s Batman #95. 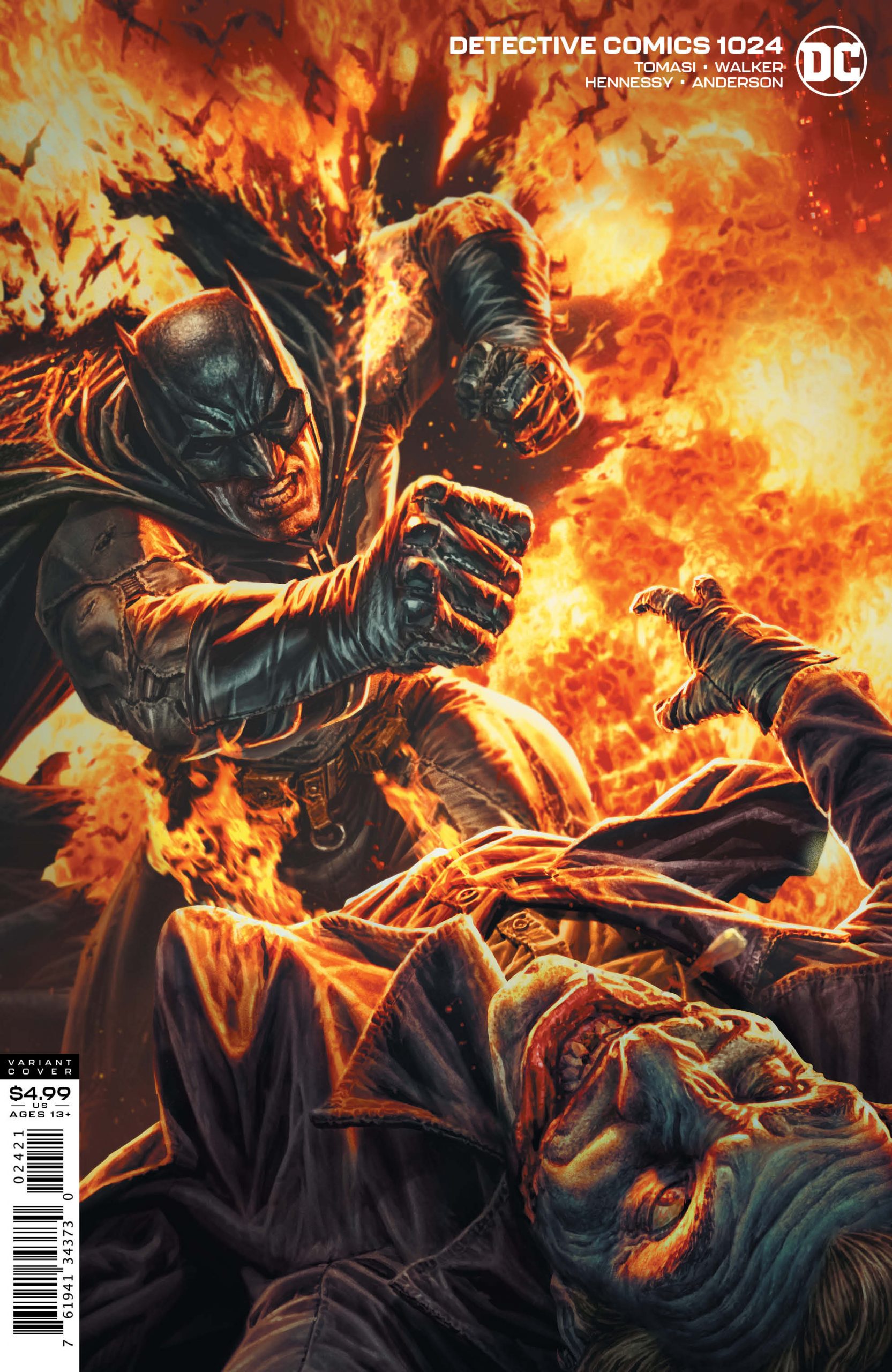 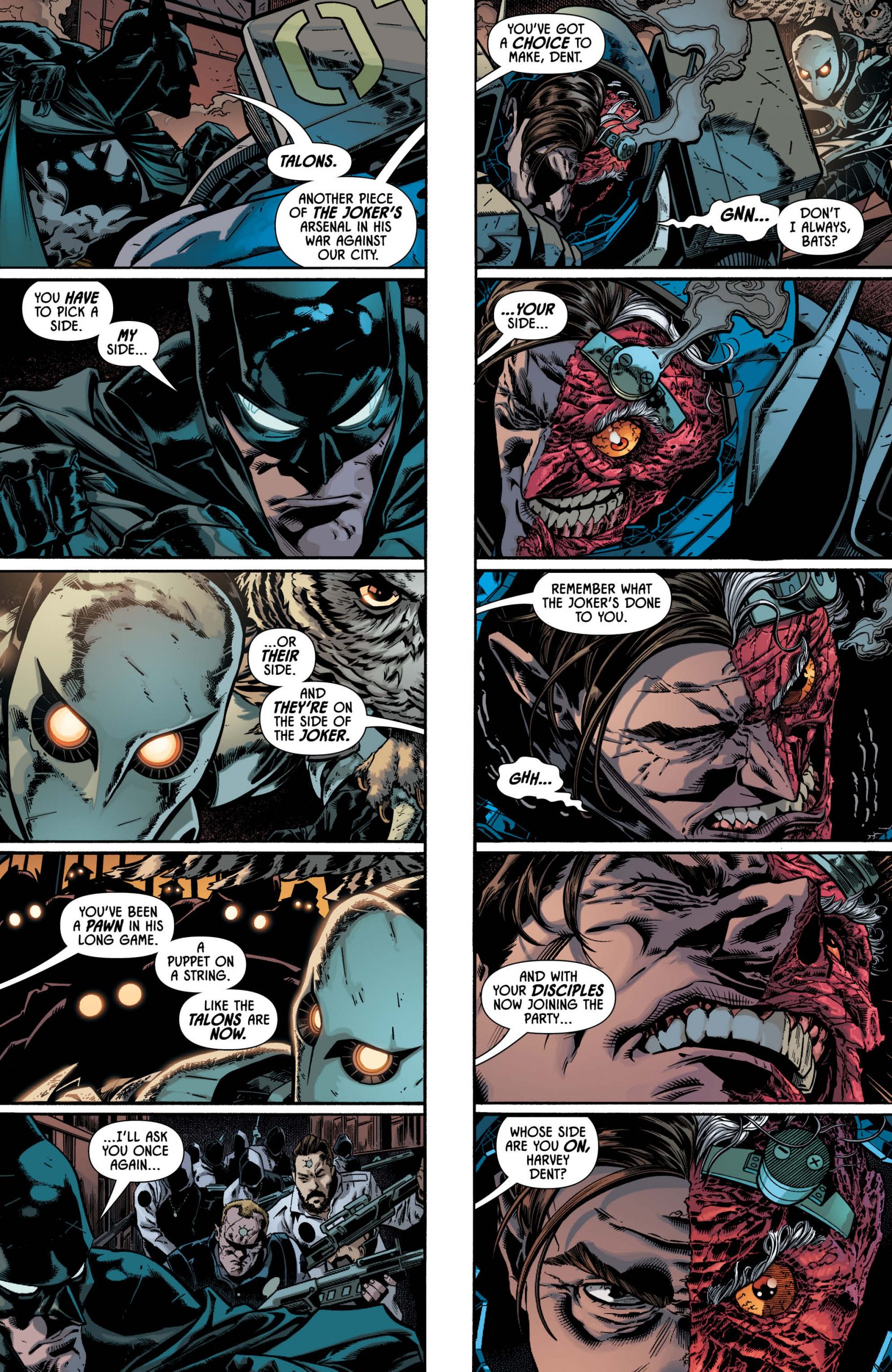 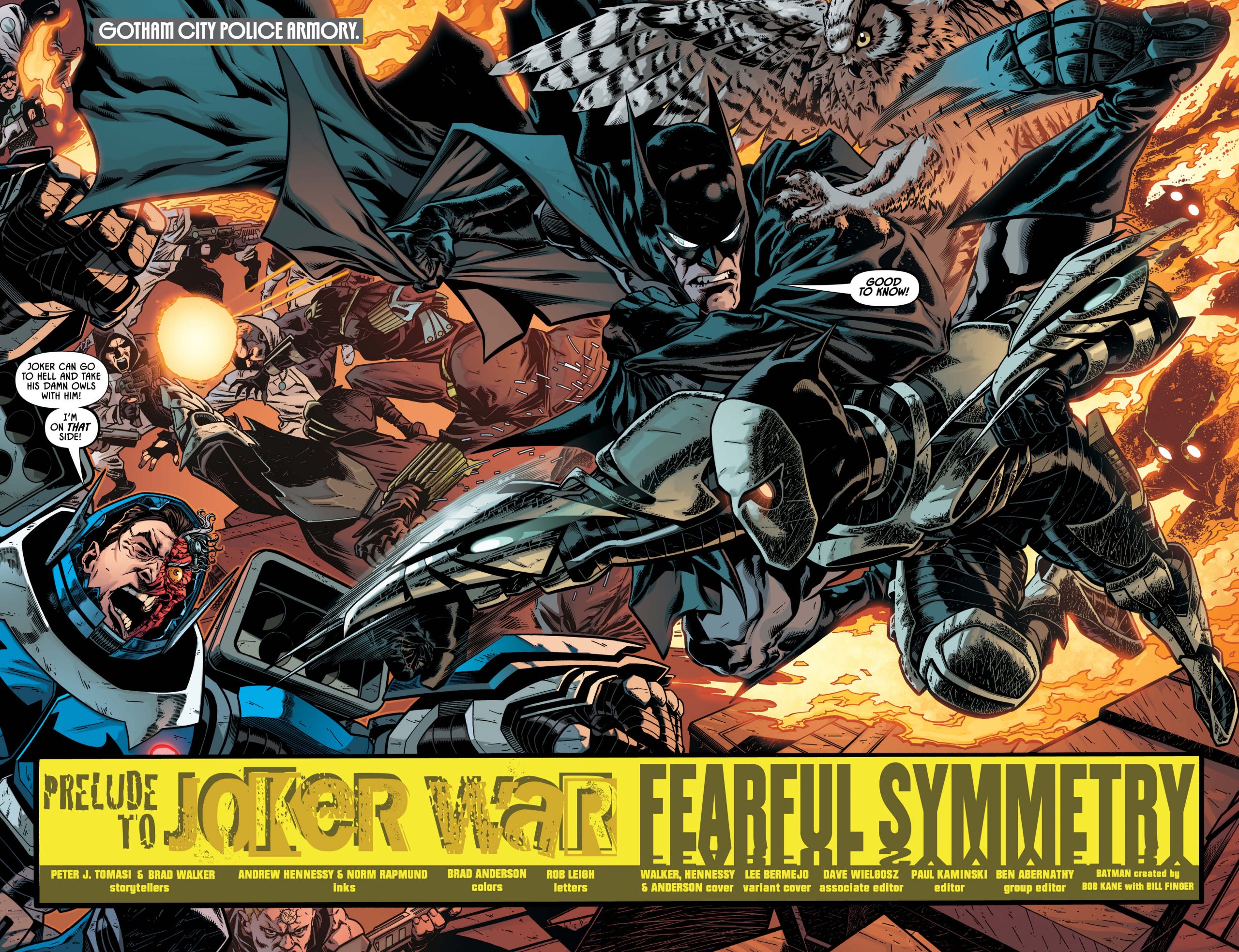 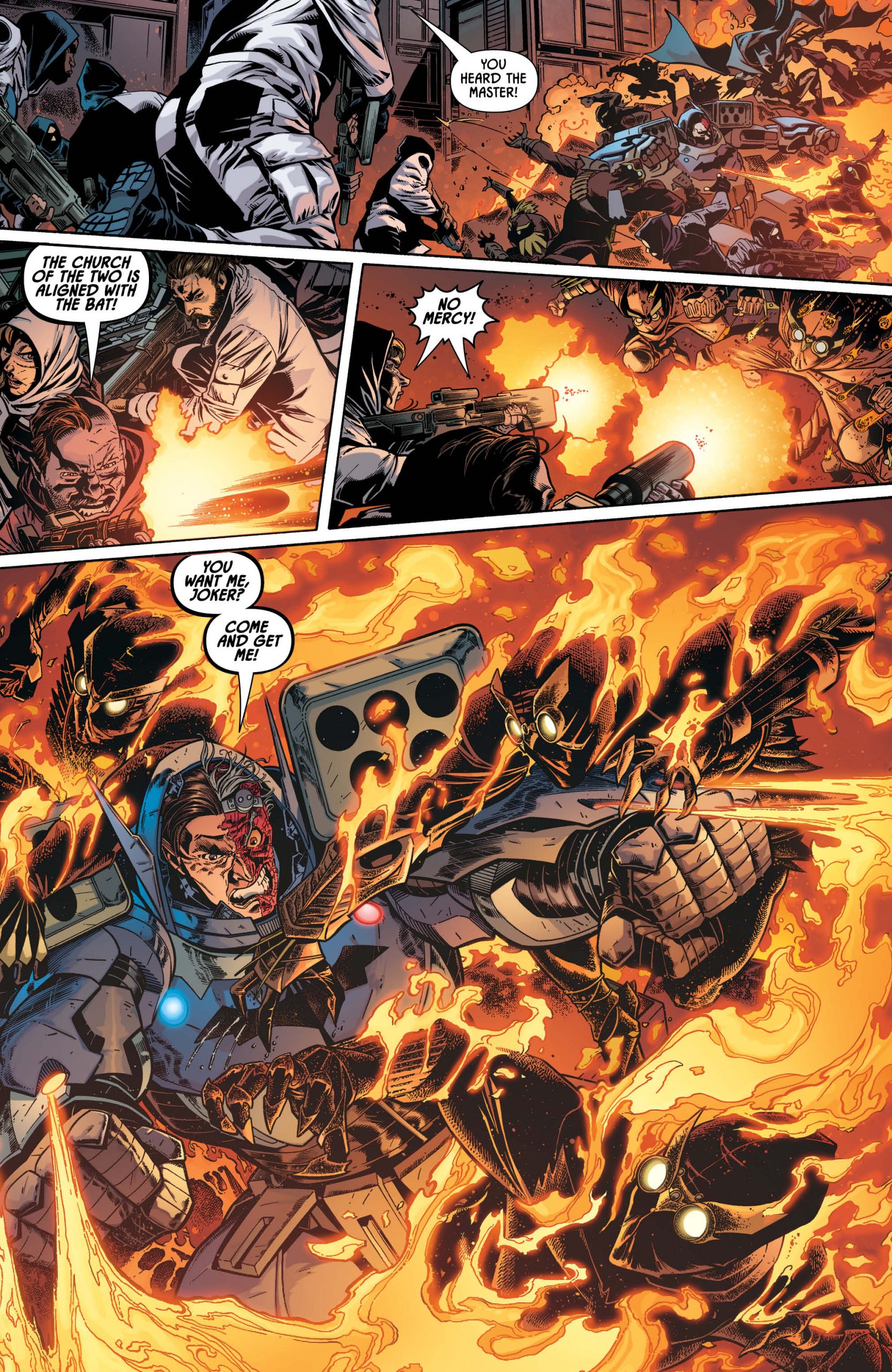 This issue is pure adrenaline. The action bursts from the pages from the outset, and the stakes are at their highest. Peter J. Tomasi has already proven himself a very capable Batman writer, but his takes on Two-Face and Joker are stellar too. His dialogue for Harvey, beautifully rendered by the hugely talented Rob Leigh, is absolutely fantastic. When married with Brad Walker’s perfect pencils, Andrew Hennessy and Norm Rapmund’s incredible inks, and Brad Anderson’s outstanding colors, this issue delivers enough testosterone to satiate any action junkie’s cravings.

There’s so much emotional depth to the issue, too. The revelation/reminder that Harvey had attempted to take his own life, Joker’s manipulation of him, and Batman’s dogged determination never to give up on his former friend, are all superbly managed. One of my favorite aspects of the Dark Knight is his never say die attitude, so this issue’s climax is one of the best I’ve read in a long, long time.

This title has been consistently excellent since Tomasi took on the writing duties, and he’s worked with some of the finest artists that the medium has to offer. I think this run will be talked about for many years to come.

Wow. Detective Comics #1024 really delivers. Complex villains, kick-ass action, fantastic dialogue, and astonishing art. Yes, this issue has it all. I never saw that ending coming, nor did I ever expect to see Lincoln March again… or Harvey Dent in the New 52 Bat-armor! This Two-Face story has been the character’s best in years, and has proven to be a “Joker War” prelude that the main event will have a hard time matching.

What a terrific comic.