“The Parliaments Of Life” – Part Four 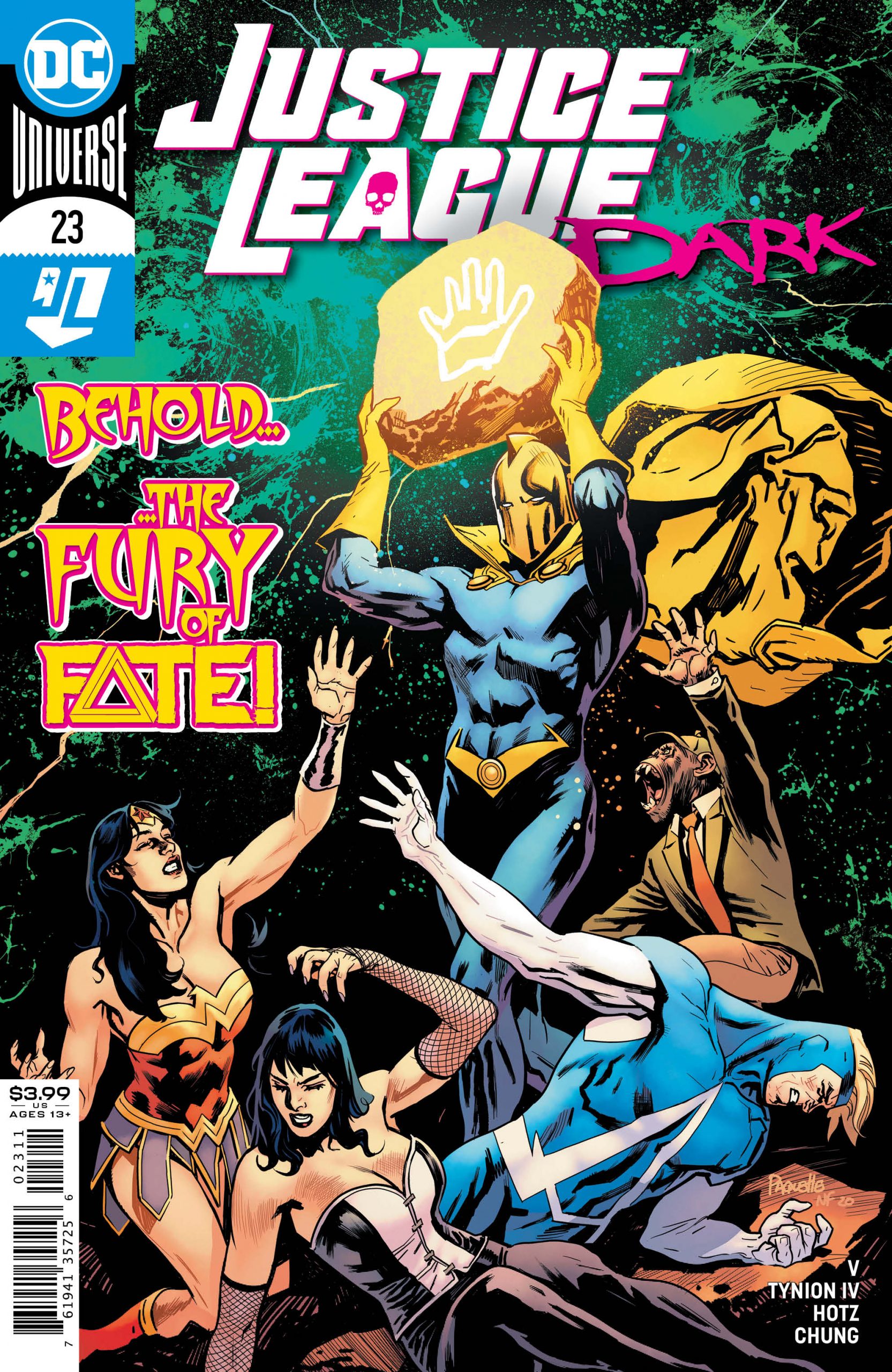 Justice League Dark #23 has made me just about as happy as any comic-book ever could. Ram V and James Tynion IV have been teasing this for months, and new regular artist, Kyle Hotz, has been adding fuel to the fire. This issue is shocking, horrific, and is both nostalgic, yet fresh as a daisy at the same time.

Ever since this title relaunched, a little under two years ago, it has remained at the very tip-top of my pull-list. I’m fortunate enough to be able to read these books days before they’re released, for review purposes, but this is one of the comics that I will still go out and pay cold, hard cash for.

I’ve frequently gone on the record as being a huge fan of Len Wein and Bernie Wrightson, Alan Moore, Steve Bissette, John Totleben, Rick Veitch and Alfredo Alcala. I know for a fact that some of those names may leave some readers scratching their heads, but Ram V, James Tynion IV and Kyle Hotz know exactly what I’m talking about.

John Constantine is at his conniving, scheming best in this issue. Seeing vintage characters like Abigail and Anton Arcane just makes me smile, too. It’s like I’ve been given a time machine that’s transported me back to the era that re-affirmed my love of comics, just at a time when I was thinking of giving them up. 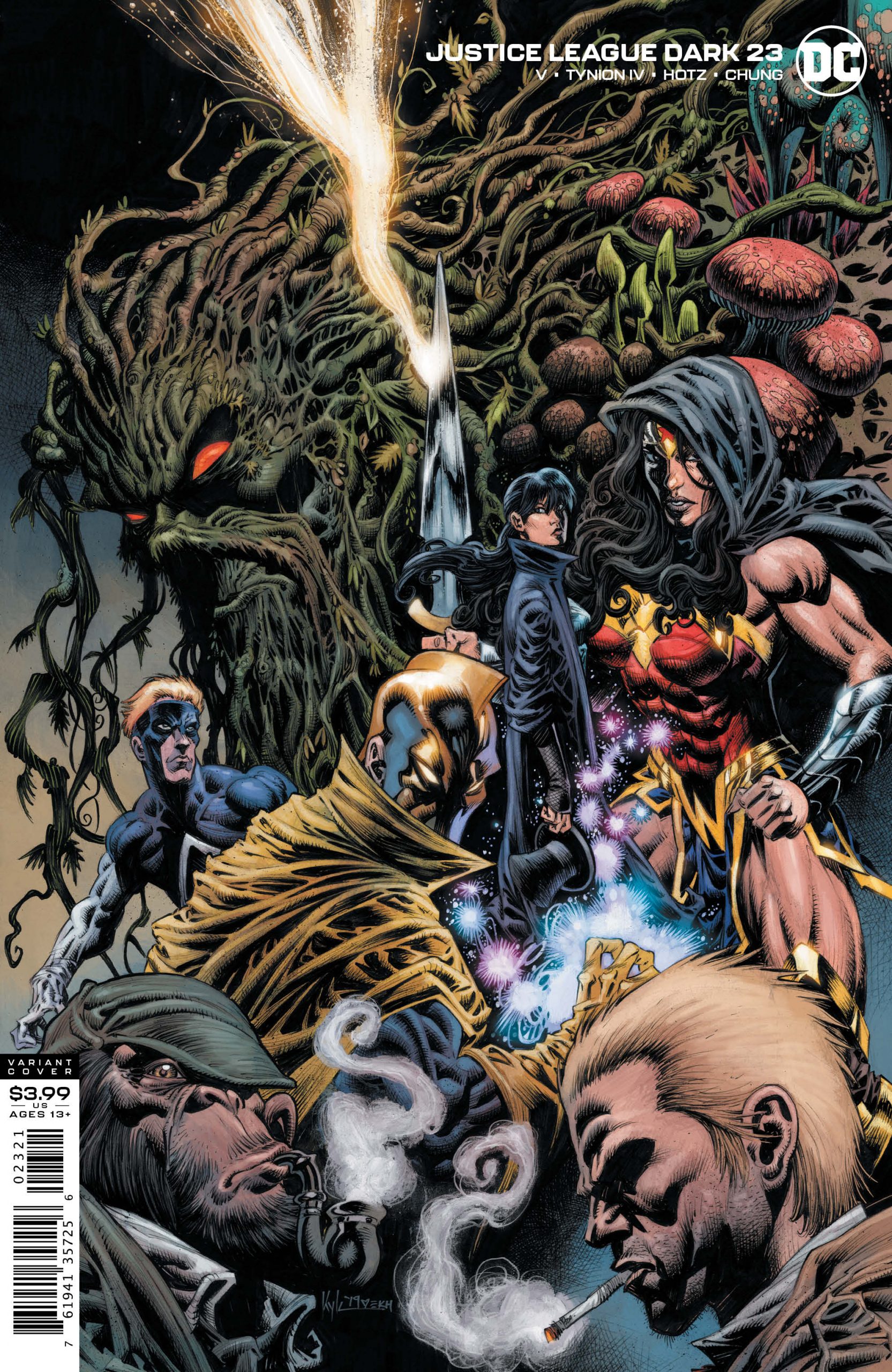 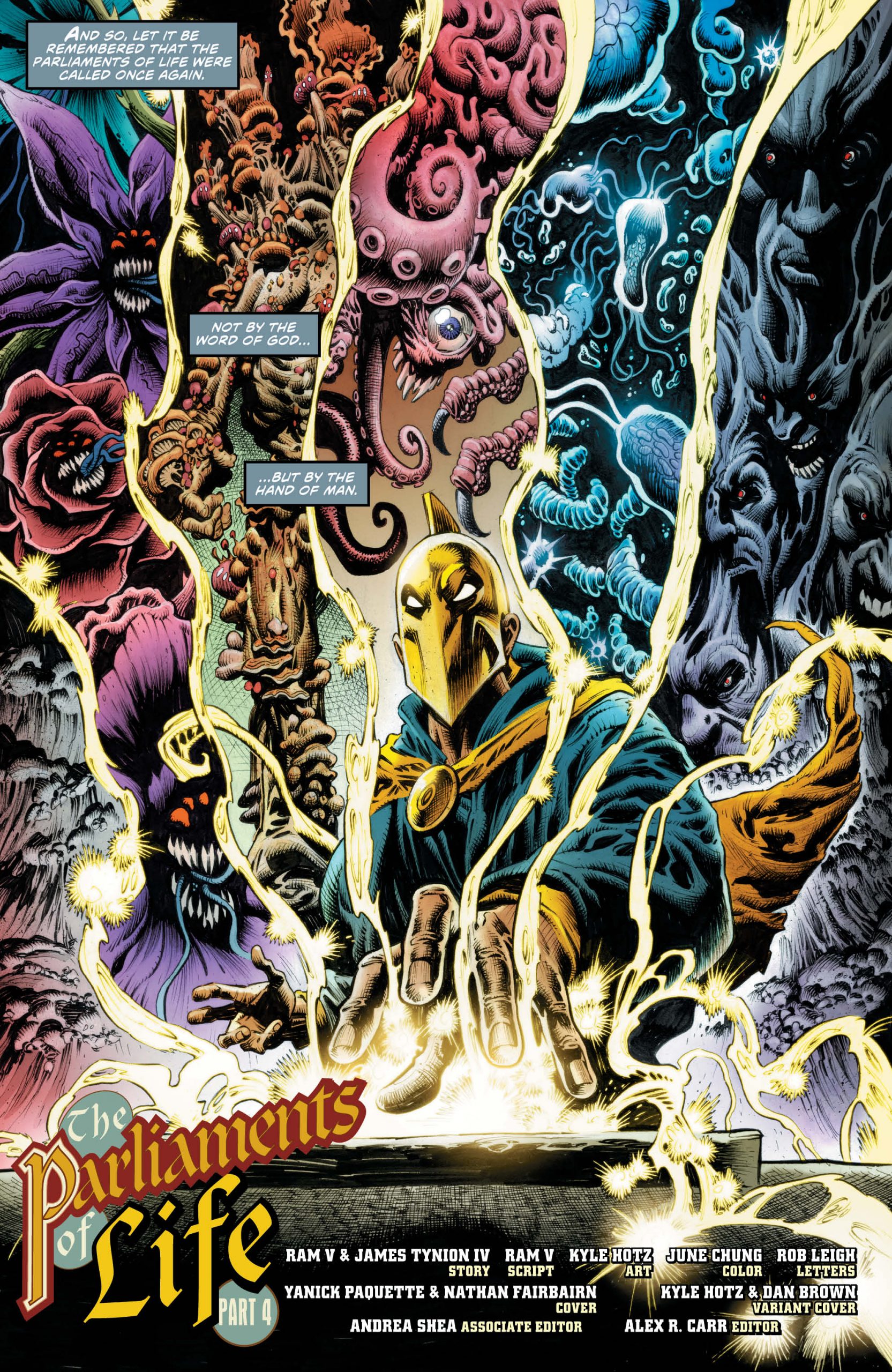 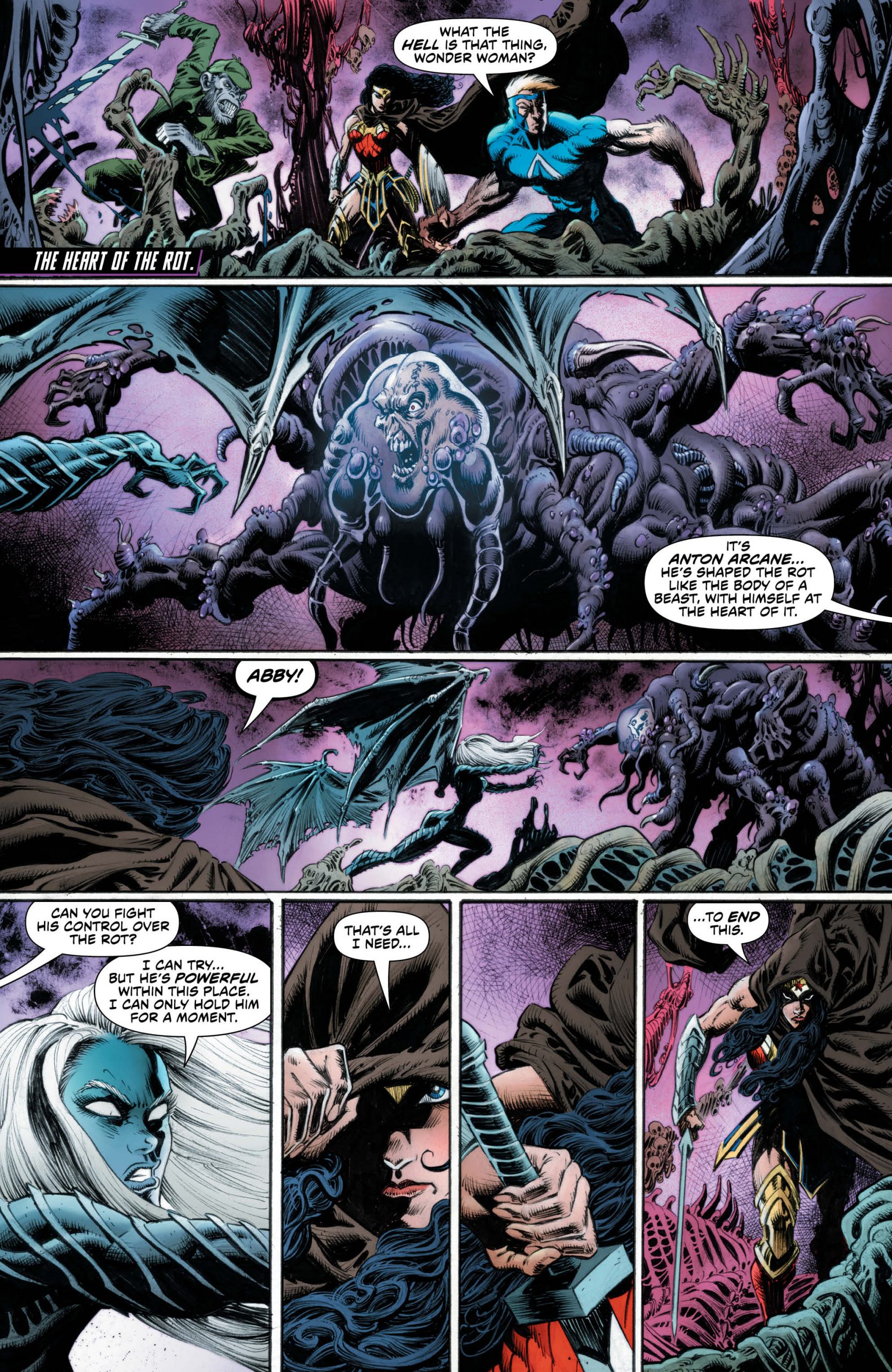 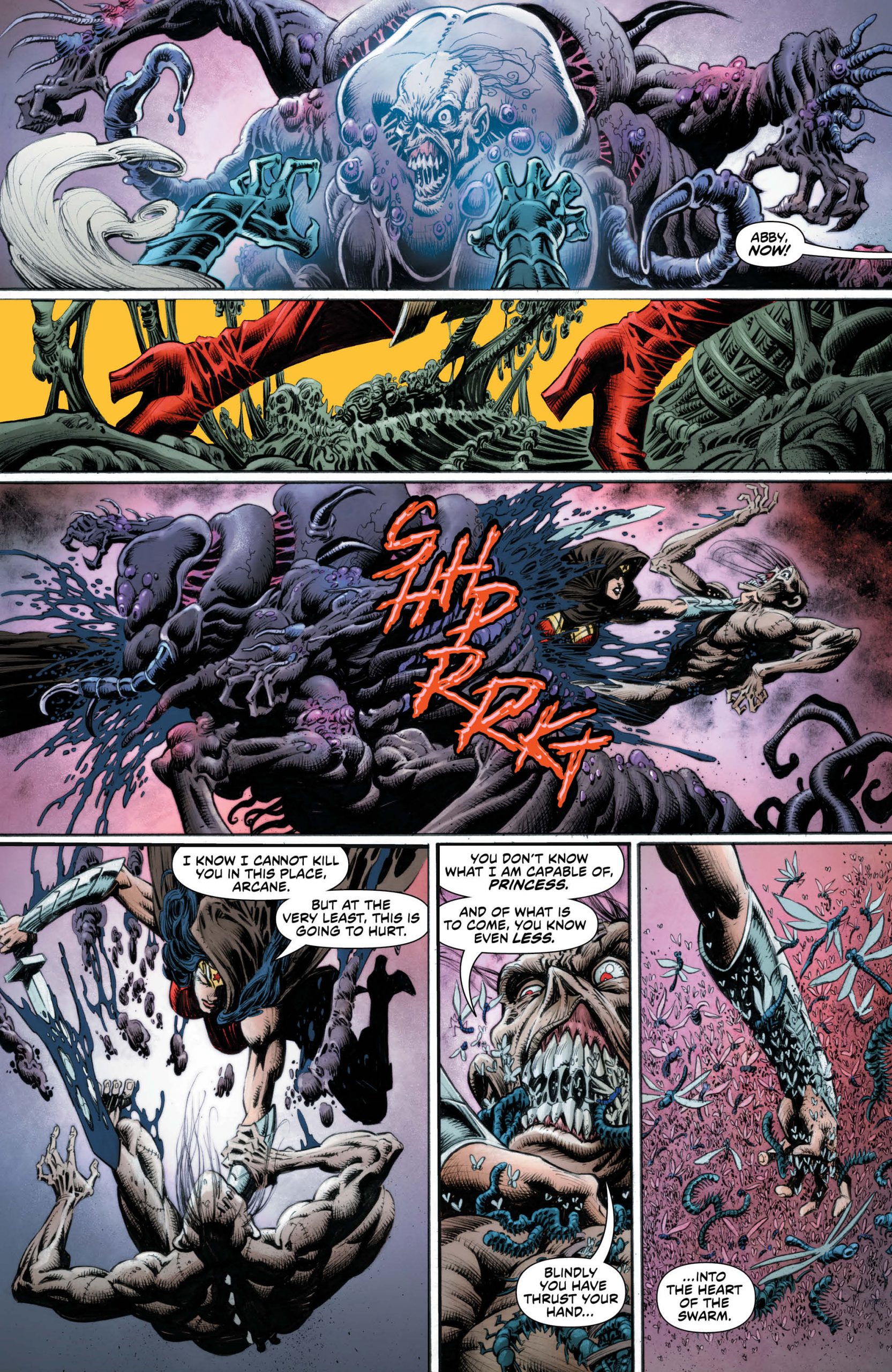 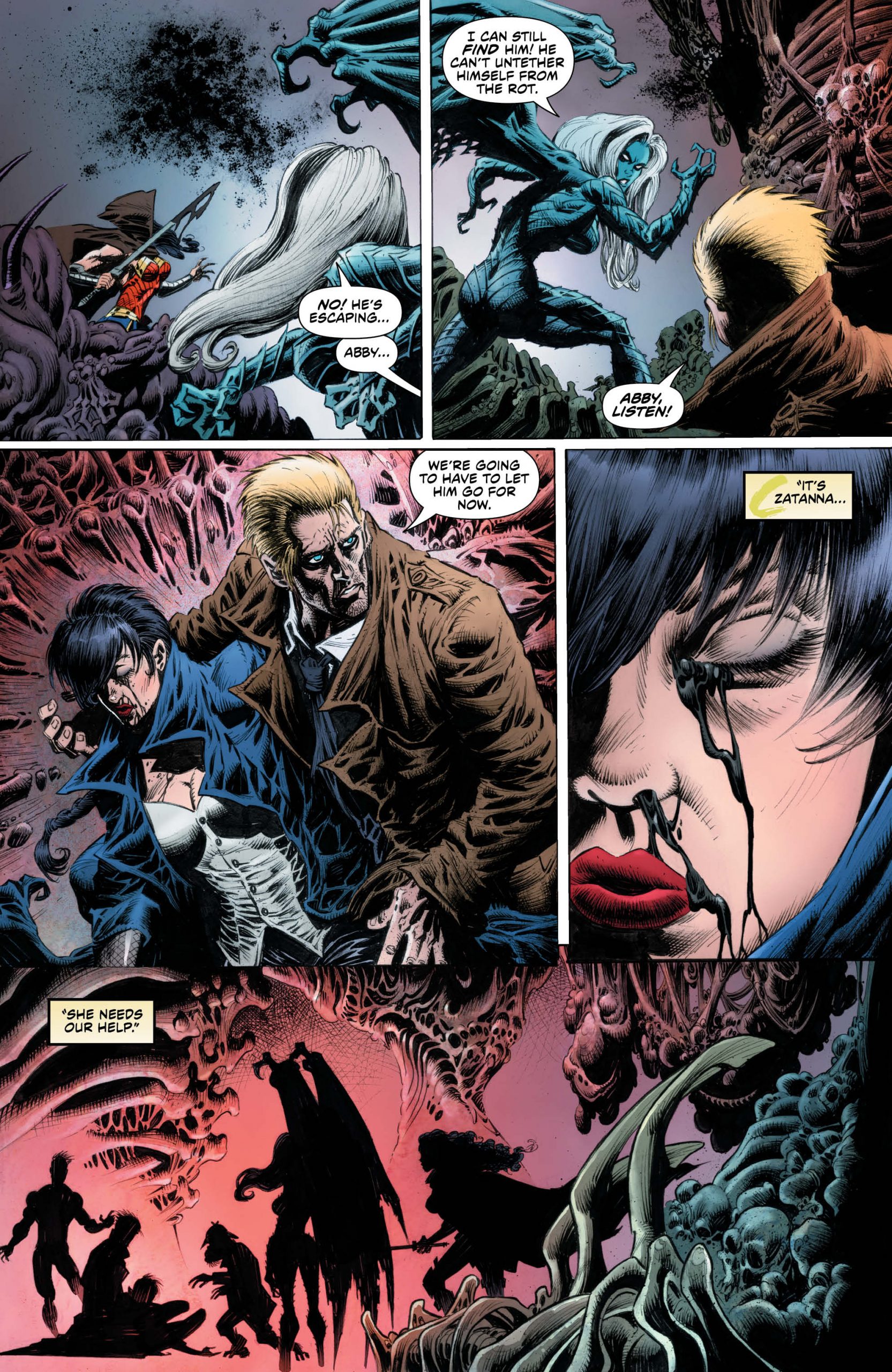 I Have The Hotz For This Artwork

I don’t give away spoilers, but look at Kyle Hotz’s variant cover, and a seed may be planted in your imagination as to exactly what, and who, I’m talking about. Page 14 of Justice League Dark #23 could be my favorite single page of any book published so far this year. More on that later.

I have to admit that I panicked a little when I heard James Tynion IV would be leaving as writer on this book, and that he would soon be followed by (my heroes and compatriots), Álvaro Martínez Bueno and Raül Fernandez. While I will really miss them, having talents like Kyle Hotz and Amancay Nahuelpan taking up the art duties, will make not having them around a lot more bearable.

I fell in love with Kyle’s art in Detective Comics, and his previous JLD work has only cemented his standing as one of the very few who could take this book over from Álvaro and Raül. Kyle’s art is as hot as his surname. It’s moody, atmospheric, and hugely reminiscent of everything from the EC Comics horror classics of yesteryear, as well as DC’s legendary Bernie Wrightson, Steve Bissette, John Totleben, Rick Veitch and Alfredo Alcala… particularly when it comes to aforementioned character on the stunning Page 14.

June Chung’s colors and Rob Leigh’s letters make it even moreso. June is another revelation, as I believe her JLD work is my first exposure to her talent. The way she’s adapted her color palette to suit Kyle’s textured and Gothic line-art is astonishing. Her colors here are miles away from her work in #22, over Álvaro, Raül and Amancay Nahuelpan. Check out the pages attached, for only the briefest of tasters.

Rob Leigh has also had a chance to really cut loose, with some of the greatest effects lettering you’ll find in the medium.

The return of Anton Arcane made me happy, but the characters that made a comeback in this issue, hero and villain alike, made me punch the air like a boy-band member. This creative team is doing great things, and Justice League Dark is one of those books that still remains at the very tip-top of my pull-list.

Michael Keaton in Talks to Return as Batman