Michael Keaton in Talks to Return as Batman 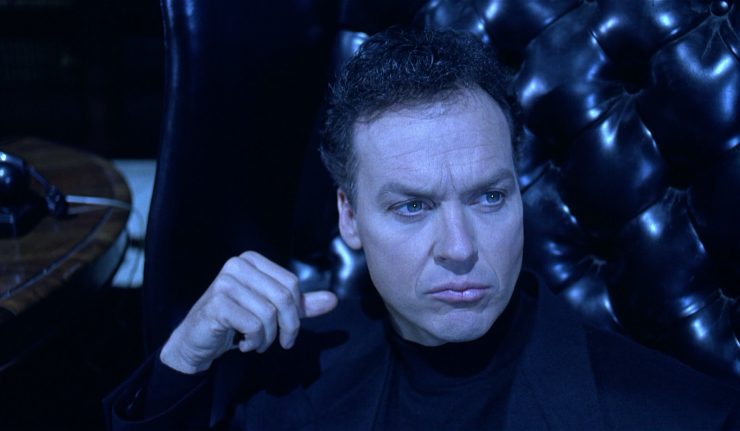 Former-Batman actor Michael Keaton is in talks to return to the role in upcoming Flash movie.

Reportedly, Keaton may have a part in the DC Extended Universe The Flash film, directed by Andy Muschietti.

Presumably, The Flash would involve either time travel or a multiverse. In which case, Keaton as Batman is probably an alternate universe version. If the news is true, then that would be amazing. It would be great to see Michael Keaton return to the Batman role as possibly an old Bruce Wayne. Maybe it could even open the door to something like Batman Beyond.

Keaton has portrayed Batman/ Bruce Wayne in the popular Tim Burton films Batman and Batman Returns in the 80’s and 90’s. Many fans hail Keaton’s portrayal to be one of the most definitive versions of the character. His Batman goes on to influence every live-action version of the character since then.

However, there are plenty of unknown factors. The Flash is slated for a June 3, 2022 release date, but it remains to be seen if the filmmakers can make it. Ezra Miller portrayed the Flash in 2017’s Justice League. He is also set to return in Flash. However, given the soft box office returns of that film, as well as Miller’s more recent personal troubles, it’s unclear what his status is.

Furthermore, it is uncertain how big a role Keaton may play in The Flash, since the movie is not even in-production yet.

Once more factor that blunts the excitement for Keaton’s possible return is the Arrowverse Crisis of Infinite Earths crossover from last year. The TV crossover event brought in many different actors who portrayed various versions of the characters in past projects. If The Flash movie takes a similar approach, there is a feeling of “been-there-done-that”.

Talks are still early, so a lot can still change. Keep checking in with Dark Knight News for updates.