The Reign Of The Robin King Begins in Dark Nights: Death Metal #2

Just who is the Robin King, and what is the ascent beyond Groblinhood? Hopefully the answers will come over the following months, but DC Comics have already started dropping hints. Here’s another sneak peek at Dark Nights: Death Metal #2.

Don’t miss the second chapter of the wildest ride in the DC universe, hitting shelves on July 14 from the epic team of Scott Snyder, Greg Capullo, Jonathan Glapion and FCO Plascencia! While SyFy Wire calls Dark Nights: Death Metal #1 a “monumental opening gambit” and Black Nerd Problems declares it’s “absolute insanity on the page,” Polygon says “what keeps me coming back to Snyder and Capullo’s collaborations is their relentless hopefulness.” The excitement for Snyder and Capullo’s opening chapter is palpable with CBR noting “just how savage Wonder Woman can be” and Newsarama praising “the unabashed energy of Dark Nights: Death Metal #1 is the sort of thing most event books would kill to emulate.” 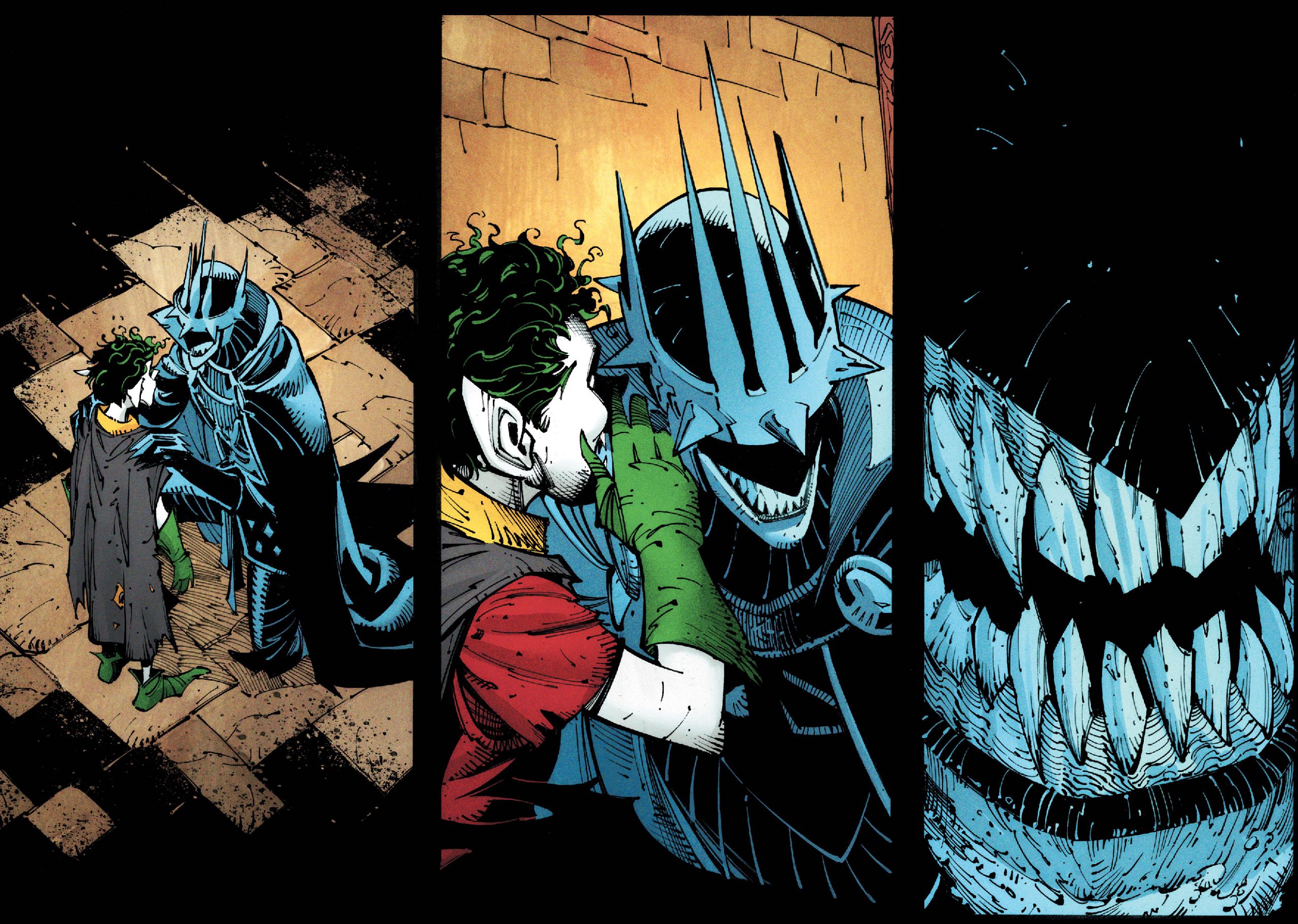 …but nothing in the debut chapter of this summer’s biggest, boldest event comic compares to the quiet, chilling beginning to the reign of the Robin King! Debuting in Dark Nights: Death Metal #2, once a mere groblin but destined to be so much more (*read Dark Nights: Metal for more about the Batman Who Laughs’ crowing little robin goblins), the Robin King is one of Scott Snyder’s most frightening creations!

I don’t know about you, but spooky/ghost/zombie children have always creeped me out, so seeing Robin – a beacon of heroism, and a figure who should inspire joy, and adventure – transformed into a groblin, truly sends shivers down my spine.

What does everyone out there make of TBWL’s minions? Please let us know in the comments.