The Justice League Snyder Cut is real. It’s not a dream,a hoax or an imaginary story. This is a real thing, it’s happening and it’s coming to HBO Max in 2021. After years (literally) of support, Snyder will finally see his vision completed… including an appearance by the Martian Manhunter!

Ever since the Justice League we got hit theaters, Snyder hasn’t been shy in revealing aspects of his vision: Darkseid was meant to have a role in the film, the real ending of the film would’ve been far different and the Martian Manhunter would’ve appeared too.

One of the biggest bombs that Snyder has revealed is that military man Calvin Swanwick, played by Harry Lennix, was secretly J’onn J’onnz. Swamwick, of course, first appeared in Man of Steel, first as an antagonist, then eventual as an ally of Superman. He returns in Batman v Superman in a smaller role helping Lois Lane, and witnesses Superman, Batman and Wonder Woman defeat the Doomsday creature.

In October, Snyder revealed a storyboard from Justice League that shows Swamwick revealing himself to be the martian in the film. Obviously, this didn’t make it to the version we got. 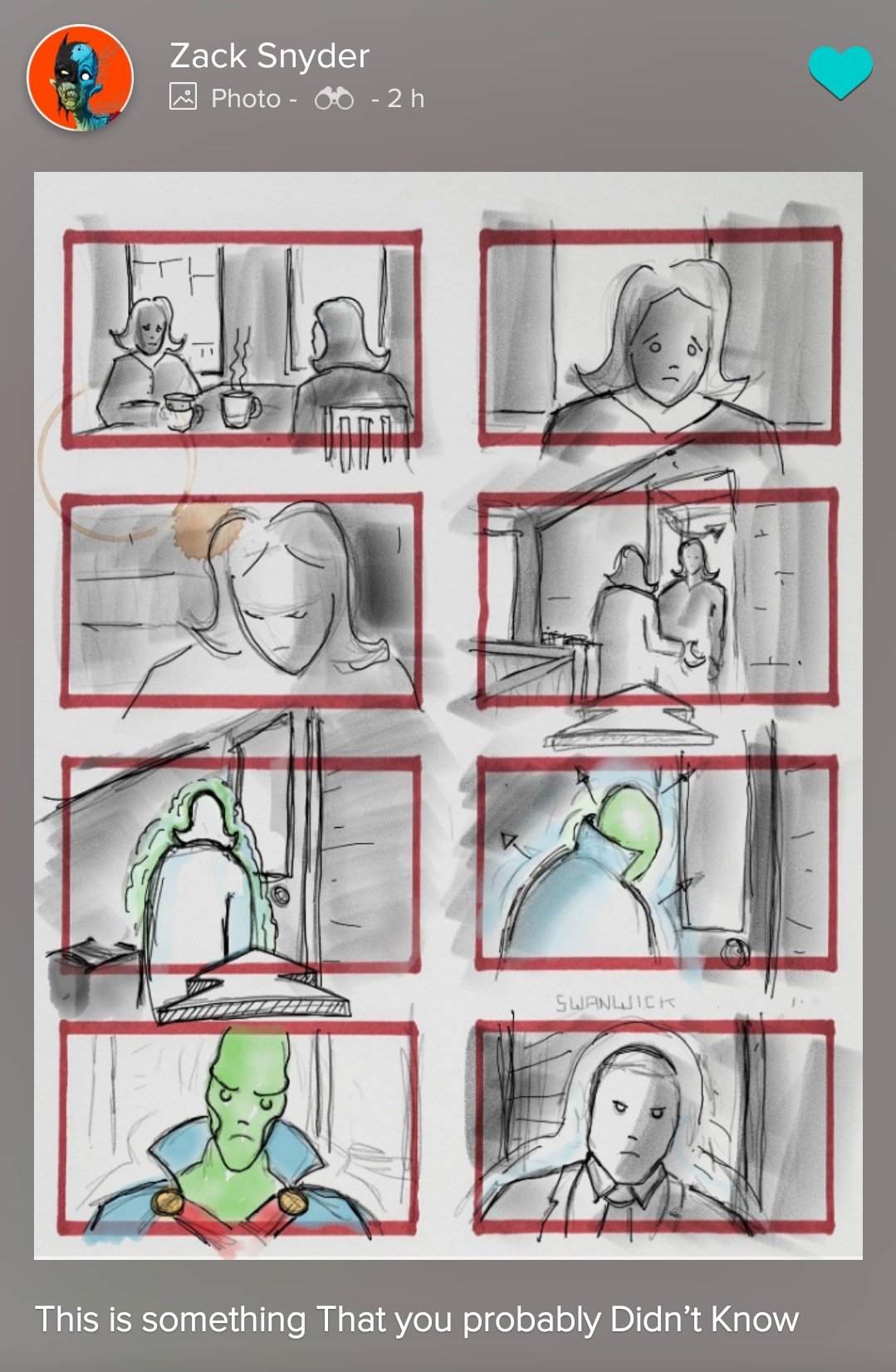 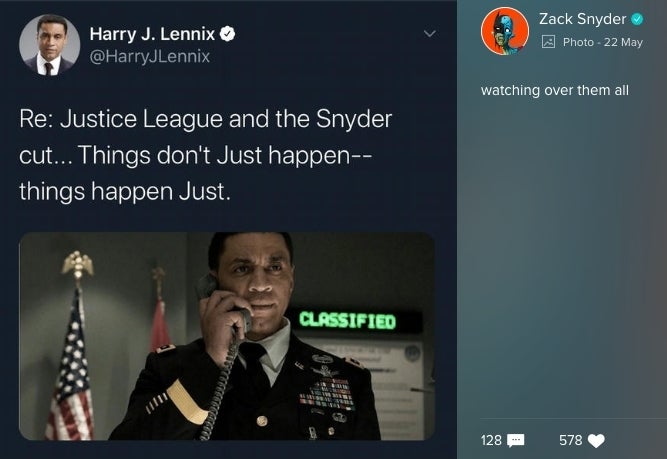 With the announcement of the Snyder Cut, Harry Lennix took to Twitter, clearly pleased at the news. Snyder then posted the tweet to Vero with the caption “watching over them all.”

Part of the Snyder Cut announcement was that some actors will be returning to record the additional dialogue needed to complete the film. If Martian Manhunter is, indeed making an appearance, then it’s possible Lennix will be one of the actors coming back.

In the original Justice League comics and the Justice League animated series, Martian Manhunter was a founding member of the team. So it’s nice to see that Snyder had a place for him in his vision and that we’ll (likely) see him in the Snyder Cut.