Freeze is the Word!

Kaley Cuoco’s Harley Quinn is taking the apocalyptic wasteland by storm and helping Mr. Freeze find a cure in a brand new promo. The show just dropped another preview for the second season of the series, which addresses the ever-evolving state of Gotham in the DC Universe.

The city has been carved into territories after last season’s finale. Fans have already seen Penguin and Riddler get taken out, and it looks like Mr. Freeze is next up on the list. Harley’s already been on the wrong side of his deadly ray before this season, and now she and Ivy will have to help the villain. However, it looks like Freeze will take a much bigger role in upcoming instalments.

More Harley couldn’t have come along at a better time, for the company and for fans. With the COVID-19 pandemic, people are settling down in front of their devices to watch new programming. Harley Quinn is still riding the wave of that stellar first season. The short layoff kept it in the public consciousness and now it’s reaping the benefits.

Writer Justin Halpern weighed in about the possibility of a third season:

We’re in a position now where DC Universe is trying to figure out what it wants to do with the show. There’s been rumblings about expanding now that Warner Media has several arms. We’re exploring opportunities for other outlets but nothing’s confirmed. But as part of the, “Hey, look at us. We’re this little show that’s doing pretty well”, we’ve sent a one page… not even a synopsis but more of a setup for what could be season three. So, we have thought about it, but that’s not to say that it could change entirely once we get a writer’s room going, if we are lucky enough to get a third season pickup. It’s all to be determined. 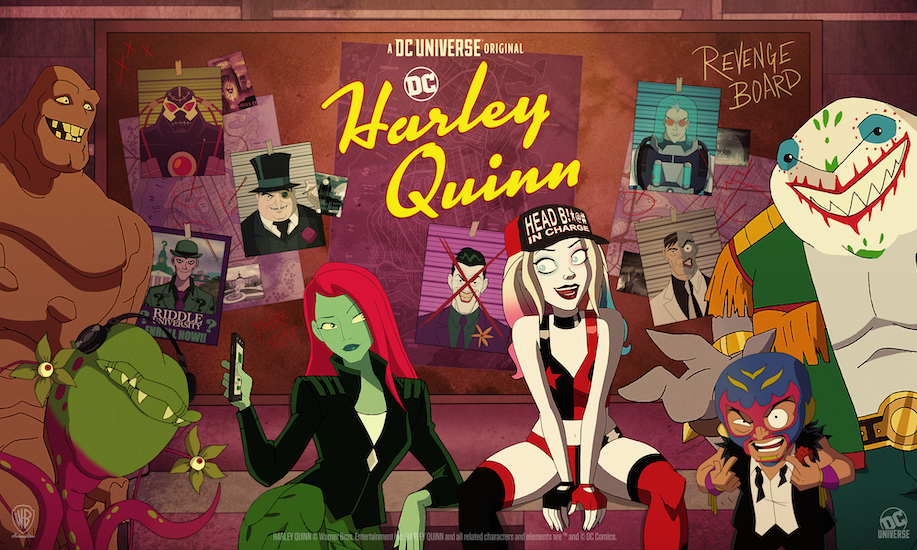 Check It Out For Yourself…

The second season of Harley Quinn debuted on DC Universe April 3rd. (The first season is still streaming there too). Celebrated for its music, design, “Easter eggs” from other DC Universe events, Harley’s pacing and interest among the Bat-Family fans, the show’s right the forefront of programming conversations. The fact that writers keep peppering in Batman Villains as anchors in the episodes provides both continuity to the world of Batman, but also gives Harley the position she deserves as a Batman villain/hero… anti-hero?